The hard edges, brick bottom and fountain are gone, but the spirit and beauty of Mirror Lake have been beautifully renewed following a two-year renovation project.

At Mirror Lake, gone are the fountain, brick bottom and hard edges. Returned are gentle slopes, a picturesque grotto and the bucolic atmosphere of a 19th-century natural pond. Inside Pomerene Hall, barriers physical and symbolic have been stripped away to reveal soaring windows, meticulous masonry and floors glossed to perfection.

In what’s been dubbed the Mirror Lake District, everything old really is new again. The lake and surrounding structures — Pomerene and Oxley halls and Browning Amphitheater — have been wrapped in construction fencing since 2016. This fall, they’re ready for their big public reveal.

Few places on campus hold such deep emotional significance as Mirror Lake, but we’re guessing you’ll be floored by the changes to Pomerene Hall, too. These renovations weren’t just for looks. Mirror Lake will be a living laboratory where students can learn about sustainability and environmental design. And Pomerene Hall is home to the Translational Data Analytics Institute (TDAI).

It doesn't get much more iconic at The Ohio State University than Mirror Lake, which has been a central part of the university's landscape from its earliest days. Back then, it was known as The Spring, after the natural spring that once fed it. Late this summer, after two years of construction, the lake was reopened to the public. 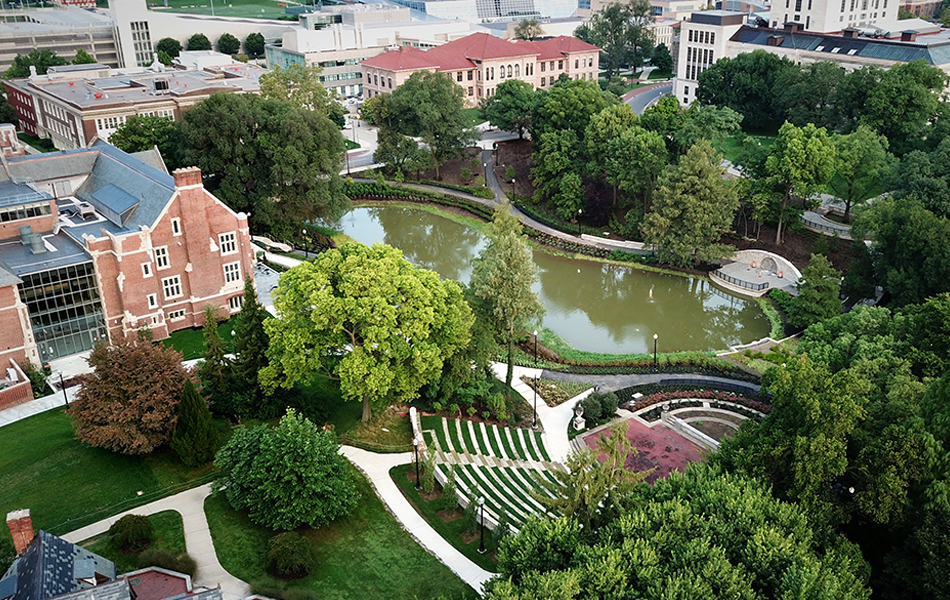 Closed and under construction since 2016, a renovated and restored Mirror Lake has just opened to the public. 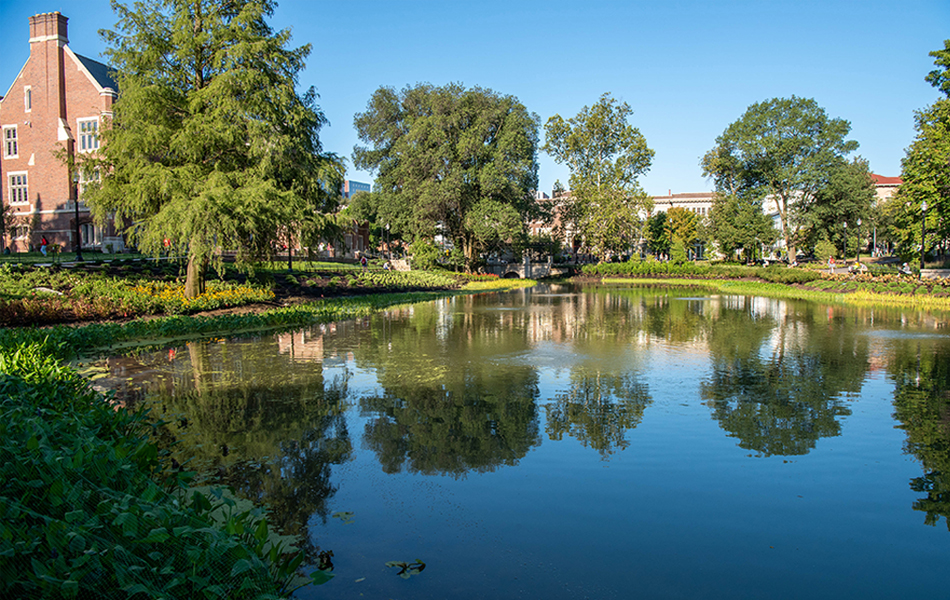 The lake has been returned to a more natural state — something more closely resembling what it looked like in the 19th century, when the university was founded. 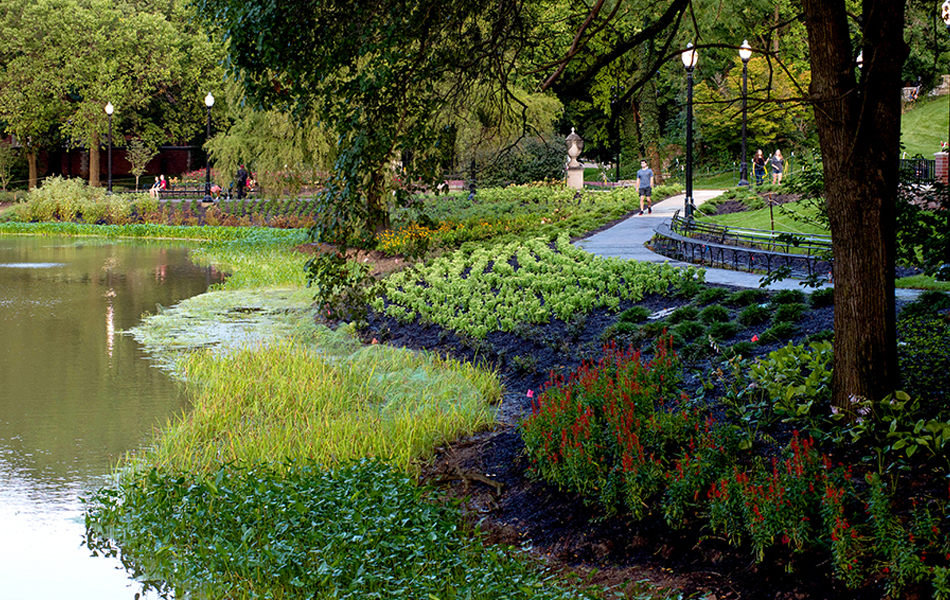 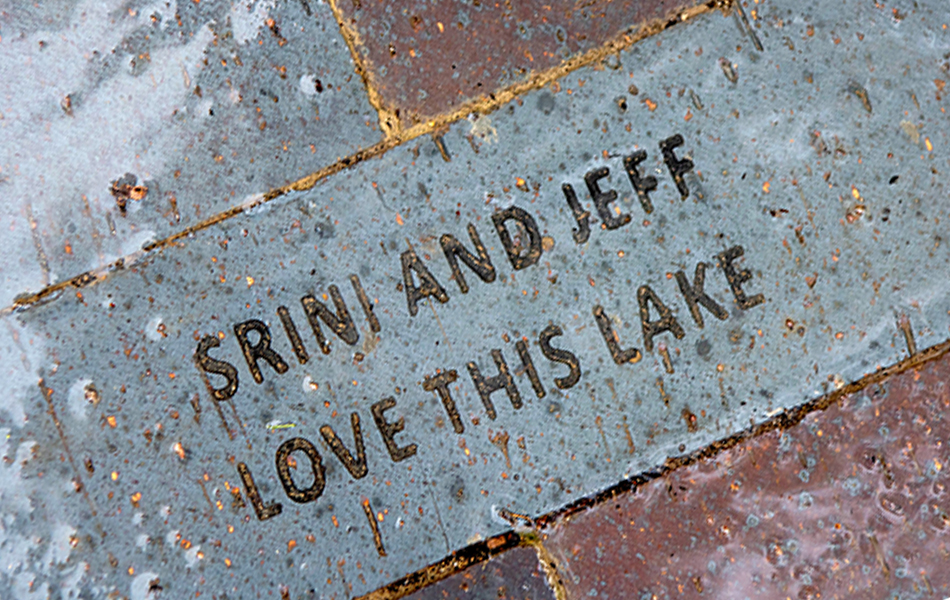 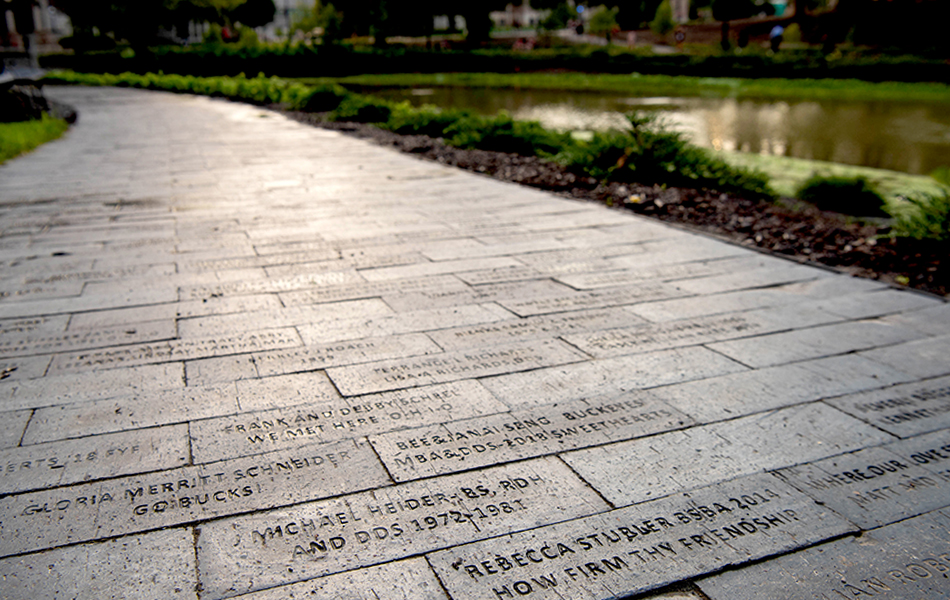 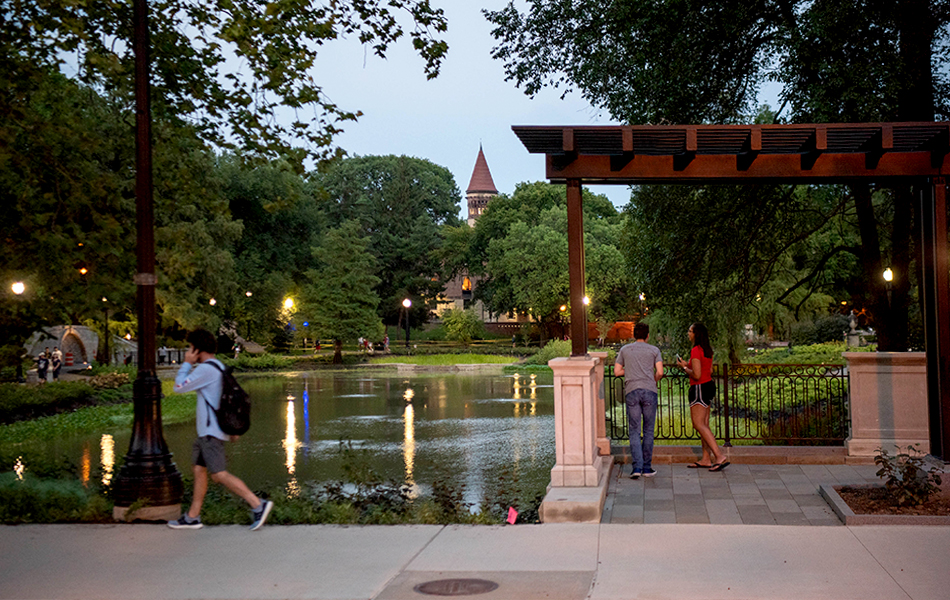 A pergola just off Neil Avenue is a perfect perch from which to view the lake and the spire of Orton Hall beyond. 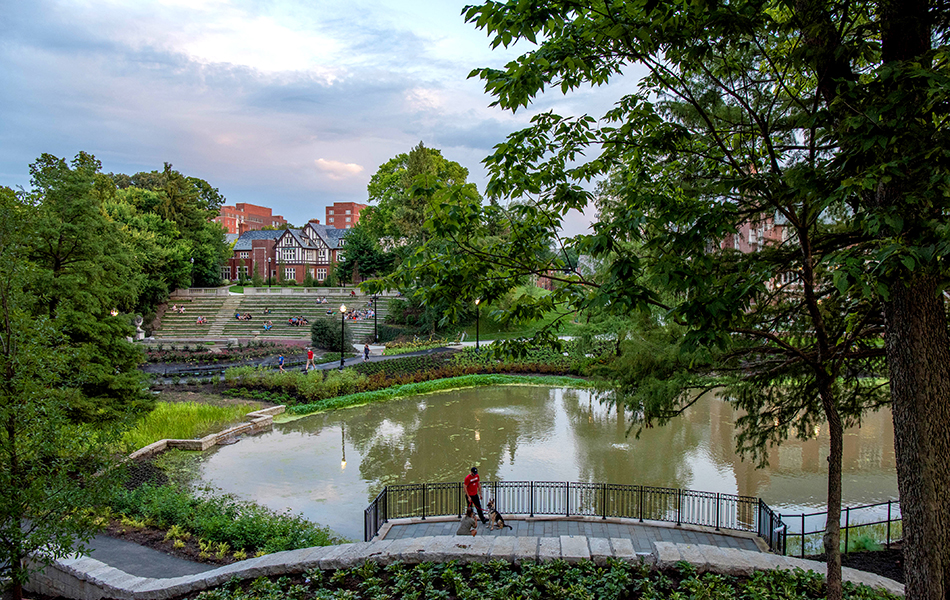 From the lake’s stone grotto, you can see Browning Amphitheater, Kuhn Honors and Scholars House and Pomerene Hall.

It’s not too late to add your name to a brick at Mirror Lake. The program is open through December.