Block O makes its presence known in Ohio Stadium with one of its signature card stunts.

Cheers to 80 years of Block O

This student organization is faithfully carrying out the mission of its founder.

Ohio State football had a noise problem. “Fellows bringing girls to the games get sophisticated and just sit back as spectators,” cheerleader Ralph Telfer lamented to The Lantern in 1937. His solution: a dedicated section of “dyed-in-the-wool rooters” to lead cheers and do card stunts. The next year, fellow cheerleader Clancy Isaac got Block O off the ground, and 80 years later, it’s still a vital thread in the fabric of Buckeye spirit.

Expanded to cover cheering sections for 11 sports, Block O unites students from every corner of the university, says senior finance major James Prisco, the group’s president. “The passion for Ohio State sports is such a cool thing to be a part of,” he says. “And we have a great time.”

Several card tricks are still done at every home game, and landing one of the coveted 2,000-plus Block O seats is as tough as ever. “Here’s to another 80 years,” Prisco says.

Cheerleader Clancy Isaac launches Block O for the Oct. 1 game against Indiana. Seats run from midfield to the 20-yard line, and scarlet and gray cloth capes and cards are employed. By 1940, the section comprises 1,200 fans using 3,000 colored cards.

After Block O fades away during World War II and revivals sputter, the cheering section is successfully reintroduced by Ohio Staters Inc.

Block O expands to include men’s basketball, and the Buckeyes respond by winning a national championship in 1960. 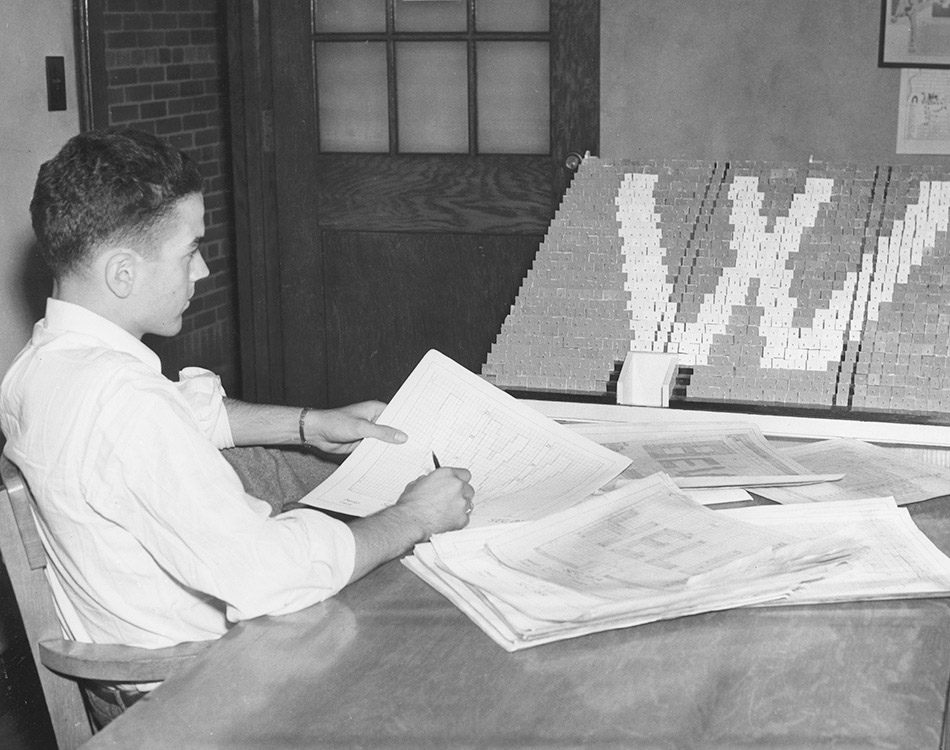 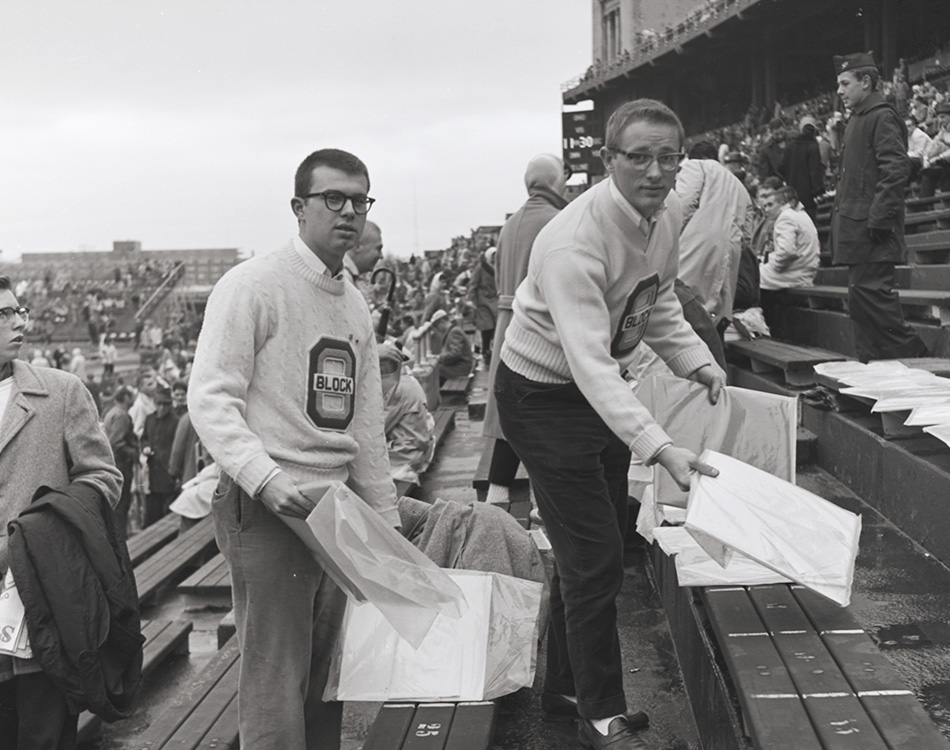 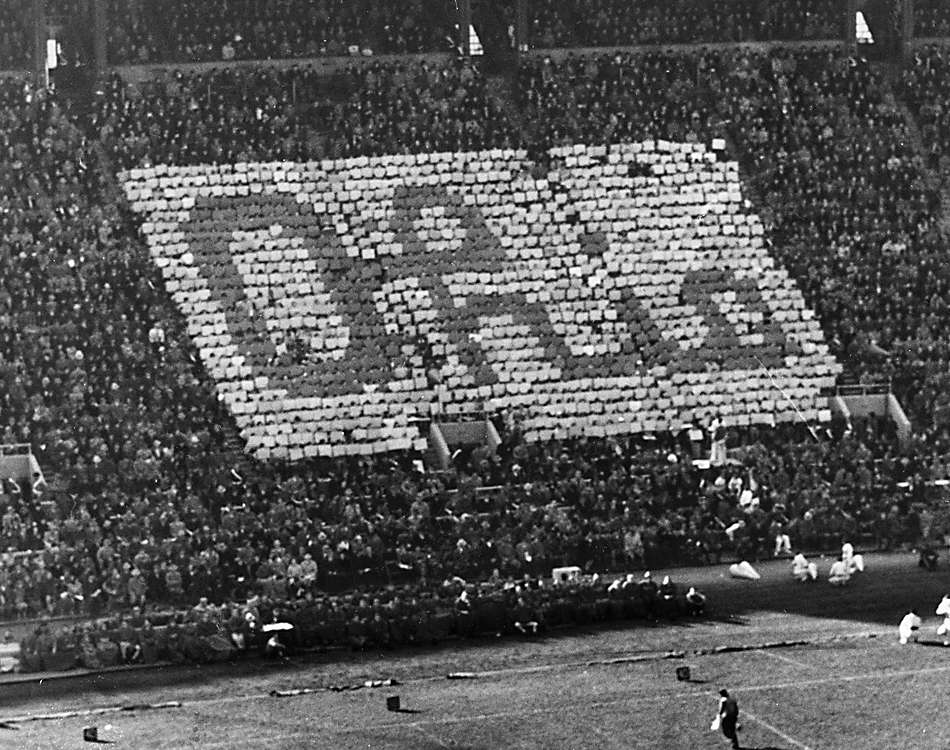 Brutus Buckeye makes his first appearance with a papier-mâché head. A sturdier fiberglass Brutus head is created and turned over to Block O until 1974, when the university takes responsibility for the mascot.

The use of computers in printing instruction sheets begins. Design ideas are drawn on special graph paper and punched onto computer cards.

Block O’s newest card trick, Script Woody, is unveiled at the Michigan game. It is the longest card stunt ever done by the group. 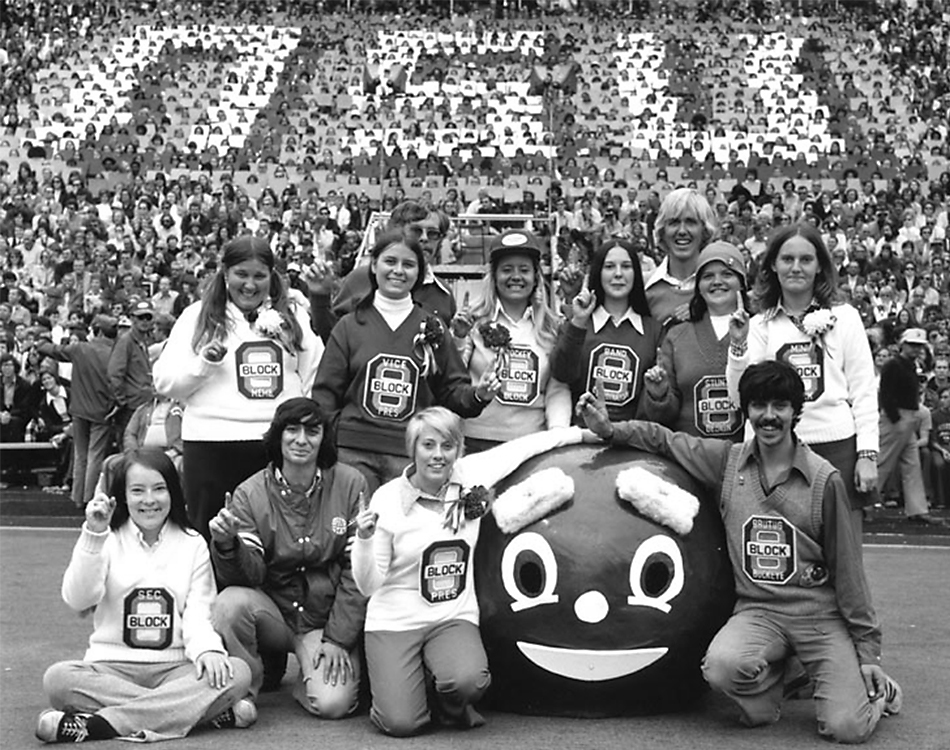 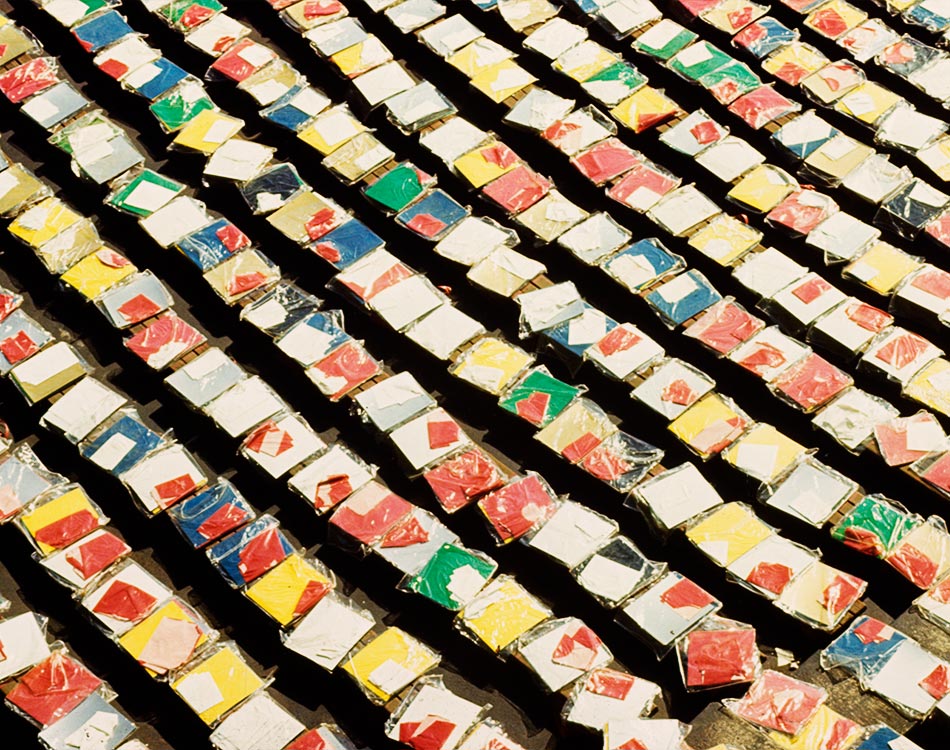 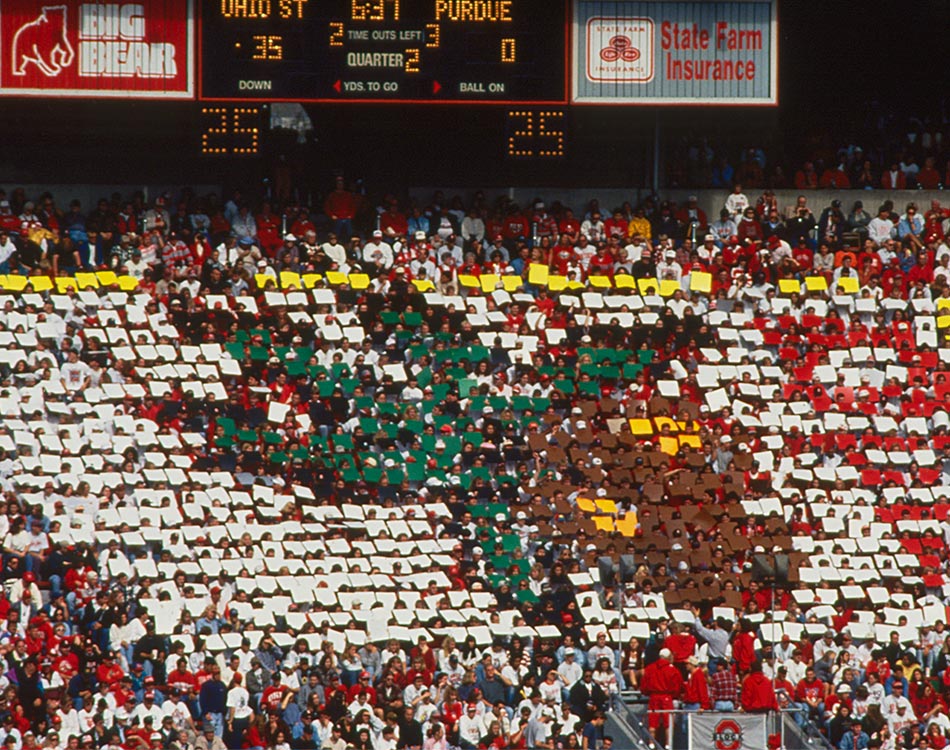 The 50th anniversary of Block O warrants a special live TV appearance and a huge cake at a party on Lane Avenue.

Block O moves from the north to the south stands after a major Ohio Stadium renovation.

The group’s presence at football games expands to feature cheering sections behind each end zone.

Aaron Marshall ’15 MA is a freelance writer and alumnus of the Glenn College of Public Affairs.