There are only two places to be this Thanksgiving morning: at an iconic parade or in front of your television.

Two all-American institutions will meet for the first time this fall as the 141st edition of The Ohio State University Marching Band debuts in the 92nd annual Macy’s Thanksgiving Day Parade in New York City.

“This is one of the premier performing opportunities for any marching band student, and I’m thrilled that the time has finally come when Ohio State will be represented,” says Christopher Hoch, assistant professor and director of the Ohio State Marching and Athletic Bands. “This is one of those things that you dream of being part of.”

While the band’s fall season is always a marathon of Monday through Friday rehearsals, football games, travel and concerts, Hoch thought it was a miss that The Best Damn Band in the Land had never performed in the Macy’s parade. So, he worked with the band’s staff to prepare the application for submission in early 2017, and the invitation was extended that summer. To surprise TBDBITL students and fans, Macy’s staff flew to Columbus for a Skull Session last September to announce the news in St. John Arena.

“We have loved you guys for years,” Wesley Whatley, the parade’s creative director, said in making the announcement. “We’ve watched you on YouTube like the rest of America, and we want you to entertain our audience of 50 million people next Thanksgiving.”

On the morning of Nov. 22, TBDBITL will perform in front of more than 3.5 million live spectators and 50 million viewers around the world.

Hoch says the band’s New York performance will be a display of musical and visual excellence, integrating Buckeye favorites along with music that captures the spirit of the holiday season. His student musicians, he says, are looking forward to representing Buckeyes around the globe on Thanksgiving’s biggest stage.

“Ohio State fans can be proud that their marching band is representing their university in the biggest parade in the country,” says drum (and strategic communication) major Konner Barr. “The thrill of it being two days before the biggest game of the season will definitely add some excitement as well.”

To Barr’s point, band members’ work will be far from done when they return to Columbus the day after Thanksgiving. They’ll be back at Ohio Stadium that Saturday for one last performance of the regular season to cheer the Buckeyes to victory over That Team Up North.

NBC will televise the parade nationally from 9 a.m. to noon in all time zones. To catch the festivities in person, watch for it to kick off at 9 a.m. at 77th Street and Central Park West. Public viewing areas include the west side of Central Park West from 59th to 75th streets and along Sixth Avenue from 59th to 38th streets.

The Ohio State University Alumni Association will host a Skull Session on the Road for TBDBITL from 2:30 to 5 p.m. Wednesday, Nov. 21, at Manhattan Center, 311 W. 34th St. 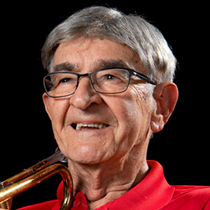