An all-female team bound for Antarctica in 1969 felt compelled to get it right.

The year was 1969, and women’s rights were at the forefront. Yet, the U.S. Navy had been adamant about prohibiting women in Antarctica, home of its McMurdo Station military outpost.

“Some media outlets at the time were referring to Antarctica as the last bastion of male supremacy on the planet,” Terry Tickhill Terrell recalled recently. “The reason women had not gone to Antarctica until 1969 was not the fault of the National Science Foundation [NSF]; it was ready at least a decade earlier to send women. The Navy was doing the logistical support, and they adamantly rejected [the idea].”

After a decade-long struggle, the Navy gave in. With the help of the NSF — which operated the research center — the first group of women was cleared to spend four months in Antarctica. But they had to follow specific rules: Only an all-female team would be considered; it could include no men. And they had to camp at least 200 miles away from McMurdo Station.

Navy officials said if the women couldn’t hack it, they would send them home and women would never be allowed back.

The huge responsibility to get it right fell on the shoulders of four women from The Ohio State University: geochemist Lois Jones, entomologist Kay Lindsay, geology student Eileen McSaveney and Terry Tickhill Terrell, then a 19-year-old undergraduate chemistry major.

“We knew we couldn’t fail,” Terrell said during a campus talk this fall to help mark the 25th anniversary of the Byrd Polar and Climate Research Center’s Archival Program. “We had to do everything correctly or people following us would not have the opportunities we were having.”

After reading an article in The Lantern student newspaper about research that a graduate student had done in Antarctica, Terrell decided it was exactly the experience she wanted. She walked into what was then the Institute of Polar Studies and declared she’d like a job in Antarctica. Although a team was prepping for just such a trip, the group was already in place. Still, leader Lois Jones asked Terrell why she’d be a good fit.

“I said, ‘I grew up on a farm, and took outdoor cookery in 4-H,’” Terrell said. “On a farm, you get assigned tasks based on what you can do. If you’re small, you feed chickens. If you’re larger, you throw bales of hay into the wagon. In my mind, I was used to hard work.”

The next morning, Terrell received a phone call from Jones. One of the women had to drop out of the team. Would she be interested in going to be their cook and field assistant? Terrell accepted without hesitation. 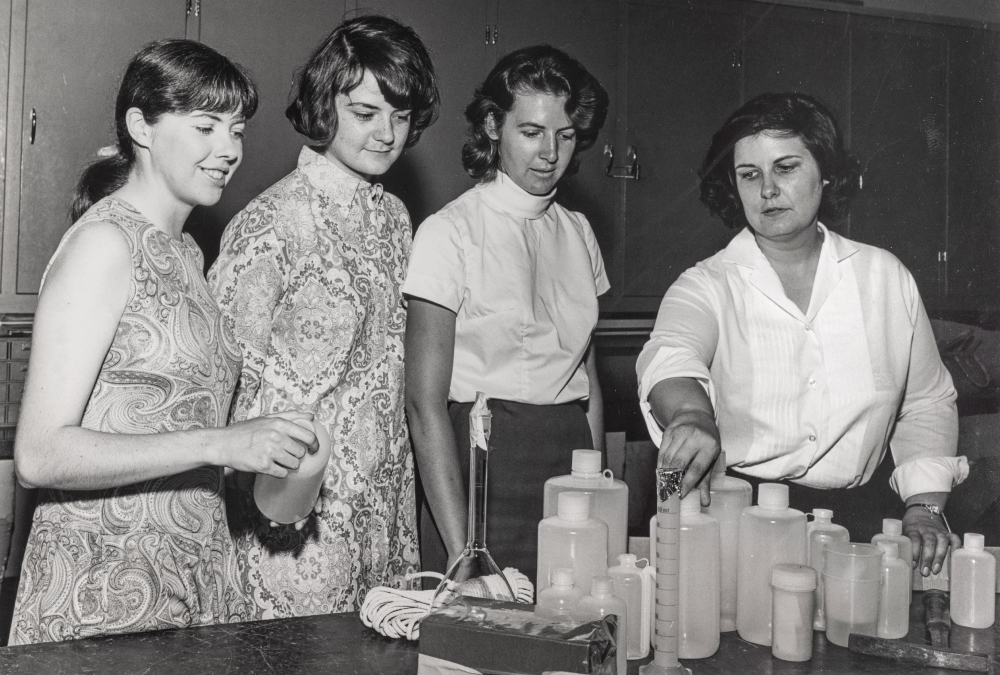 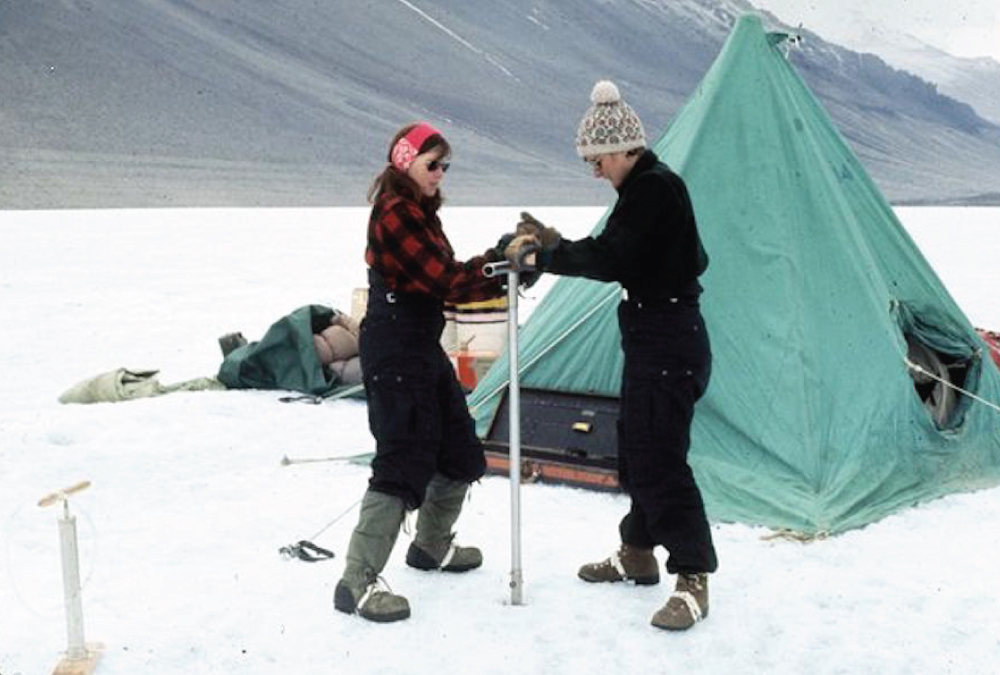 Terrell, right, and Eileen McSaveney use a hand auger to drill into Lake Vanda, where they set up camp. 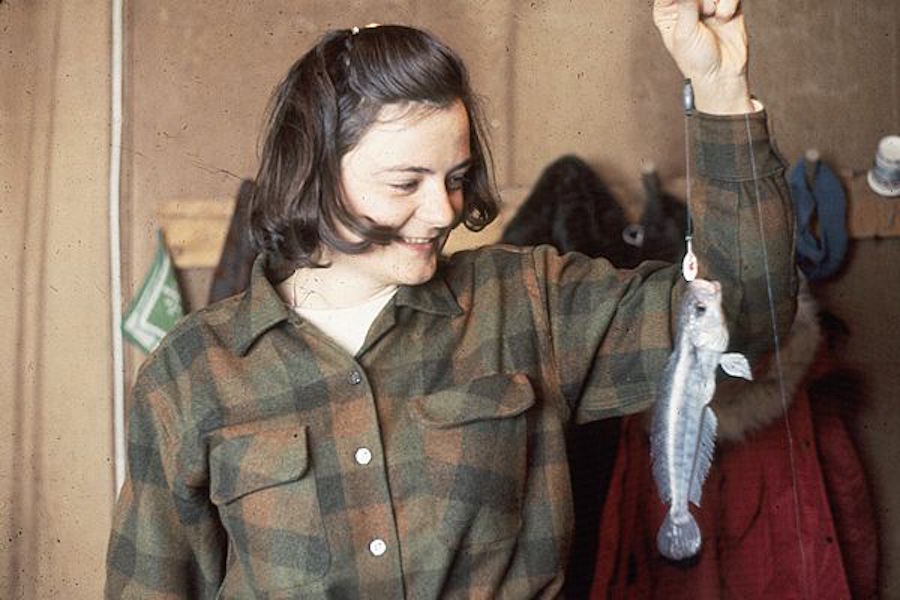 Terrell shows off a catch of the day. 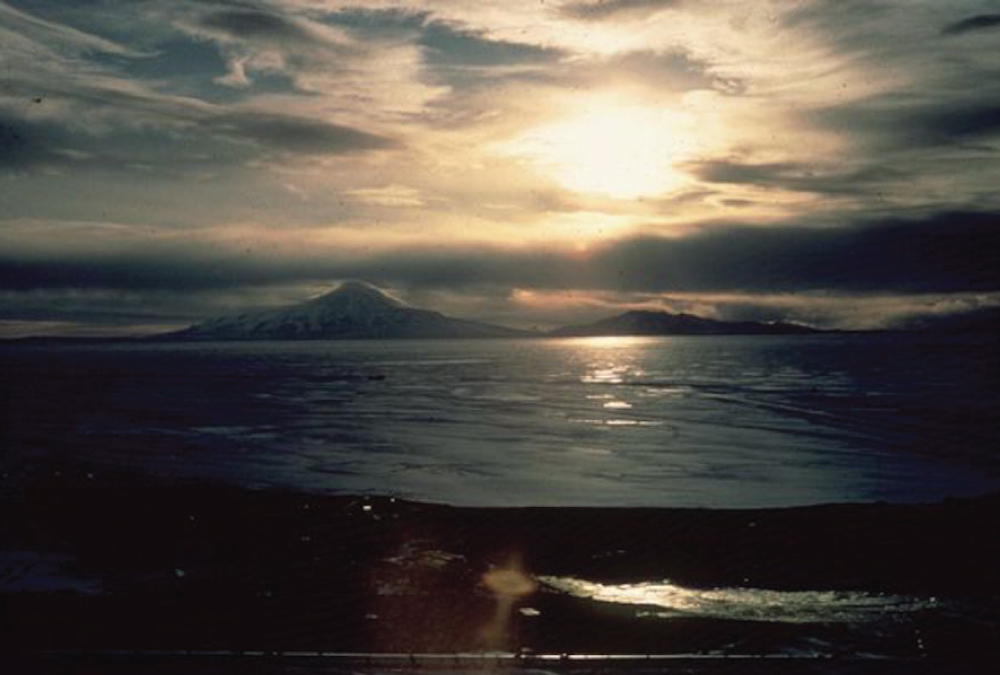 The women had this view across McMurdo Sound as their groundbreaking expedition came to a close.

Since their expedition nearly half a century ago, doors have opened for women scientists across the globe.

Ohio State researcher Ellen Mosley-Thompson, who directs the Byrd Polar and Climate Research Center, arrived at Ohio State in 1973, four years after the Jones team’s expedition. When she traveled to Antarctica for the first time in 1982, it was still mostly a man’s world. Listening to Terrell’s talk recently, she realized how much more challenging it must have been 13 years earlier.

Mosley-Thompson has been to Antarctica nine times, usually leading an otherwise all-male team. Today, she said, women have virtually equal opportunities for research on the continent.

Ris Twigg, a second-year student majoring in journalism and environmental policy and decision-making, covered Terrell’s talk for The Lantern. She recognized that the trip was a milestone for women in the STEM fields.

“Their expedition paved the way for women today. We really need to take advantage of that and put ourselves out there as much as we can,” Twigg said. “If there’s something you want to do, you just need to get out there and ask to do it. Don’t be afraid of what the answer might be, because you will just be in the same place you were before.”

Terrell, who went on to earn her doctorate at the University of Georgia, recently retired after 24 years with the U.S. Fish and Wildlife Service. Her last stop was Rocky Mountain National Park, where she conducted field research — something she decided was a necessity after returning from Antarctica.

“It is the most beautiful place I’ve ever seen in my life,” she said of the world’s coldest continent. “The work that I did was more inspiring than anything I could have imagined up to that point in time. This was a deeply felt experience. Part of it was I was actually hoping, in a very small way, to add to the knowledge base of humanity by doing this research.”