As the Office of Volunteer Relations celebrates its first anniversary, the university community rallies to assist a Columbus neighborhood.

Buckeyes came out to volunteer with Keep Columbus Beautiful on April 11, 2015 for the first annual Buckeyes Give: Day of Service.

By Adam King and Terri Stone

When the alumni association’s Office of Volunteer Relations planned the inaugural Buckeyes Give: Ohio Day of Service, it hoped to recruit 75 people for a Keep Columbus Beautiful effort. Twice that number — Ohio State faculty, staff, alumni and their families and friends — turned out, collecting 147 bags of trash along a main thoroughfare of Columbus.

Beatriz Diez ’04 lives in the area and wanted to set an example. “My kids know the three words ‘pick it up,’ so we work to encourage others to think twice before throwing litter on the ground,” she said. “Going down the street afterward was like night and day. I saw firsthand what could be done in only a few hours by working together.”

Perry Straughter, Diez’s boyfriend, got involved because he works at Ohio State’s Wexner Medical Center and said he considers the university an important partner and leader in Columbus and central Ohio. Given that, he feels a responsibility to help in the community.

“Our participation really inspired us,” he said. “Now we take a bag for trash whenever we walk around our neighborhood.”

Michell Domke, director of the Office of Volunteer Relations, was pleased that with a single email blast, the quota was filled. Not only did that speak to the office’s growth as its first anniversary approached. It told her that the best has yet to come.

“People want to give back — and give back with and through Ohio State,” Domke said. “Buckeyes volunteering alongside other Buckeyes. They loved that the alumni association was offering something different and a way to connect and feel good about what they are doing.” 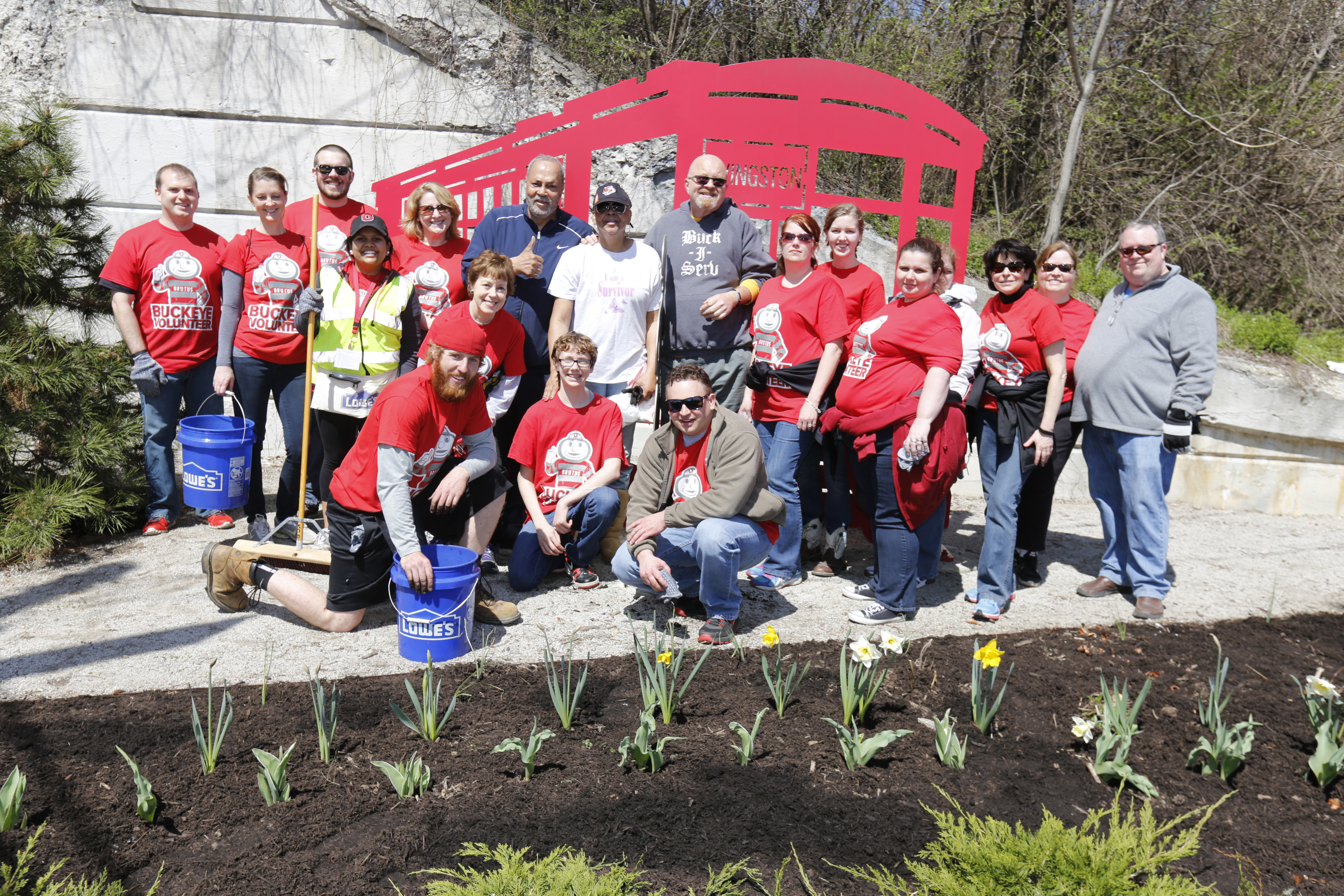 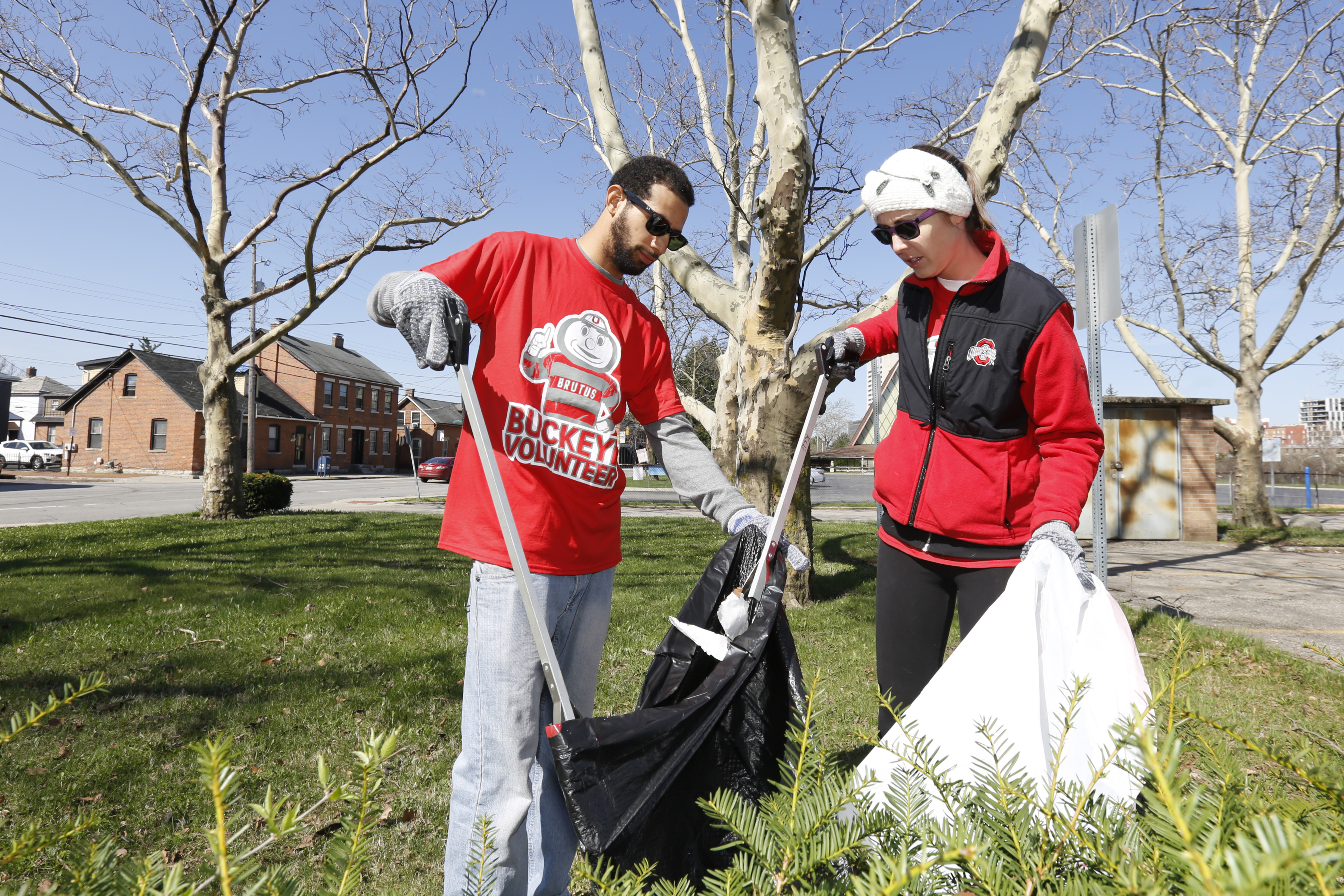 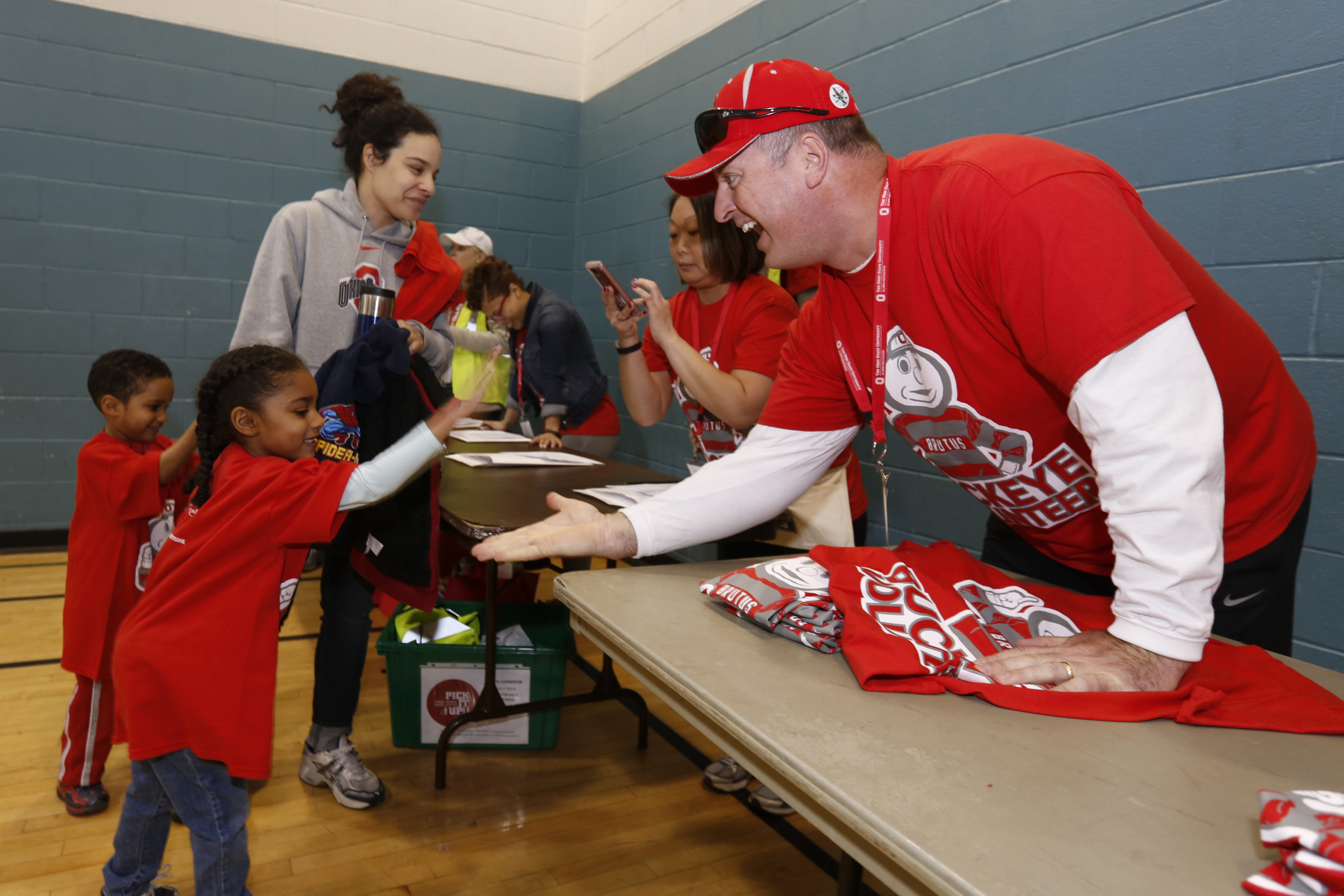 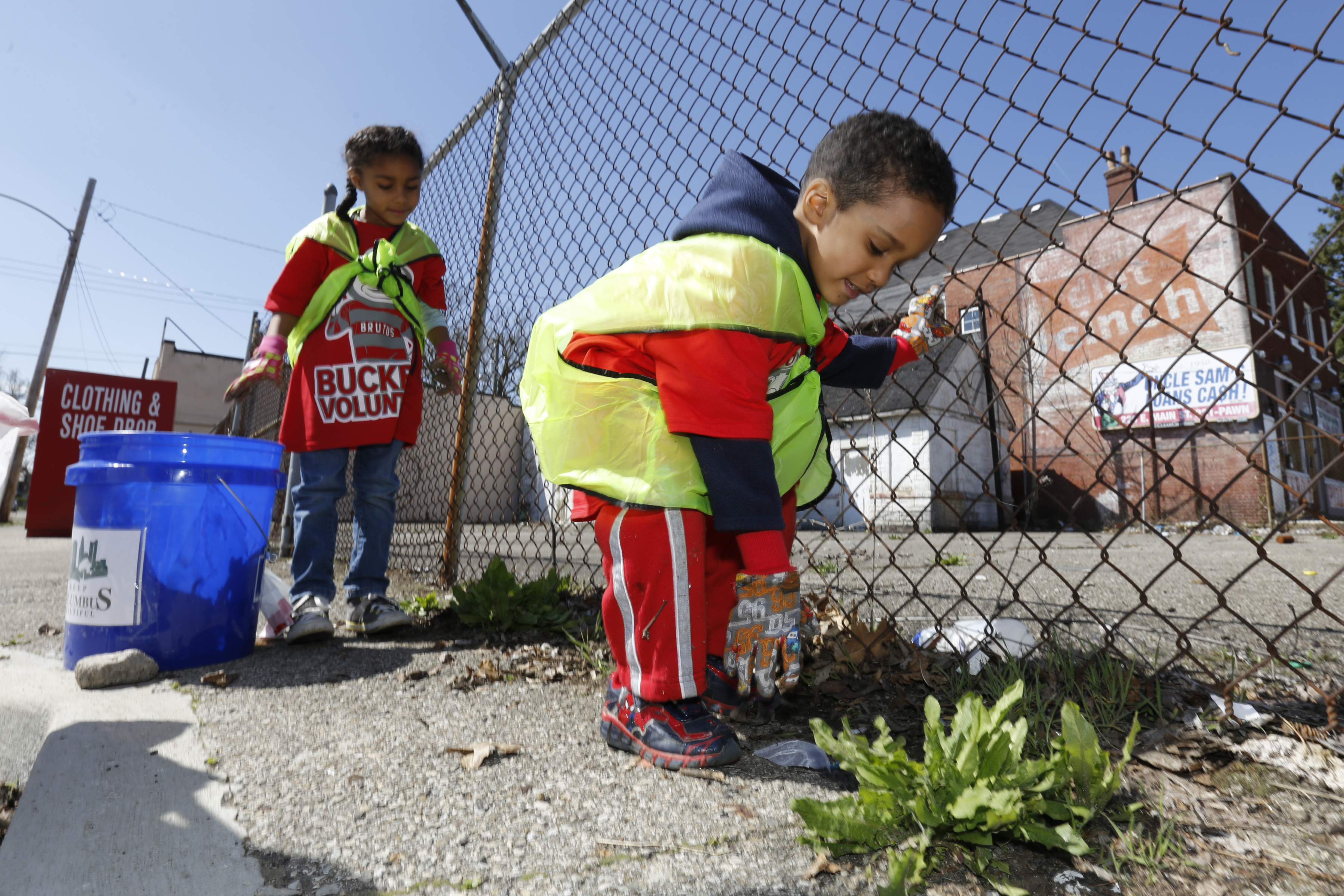 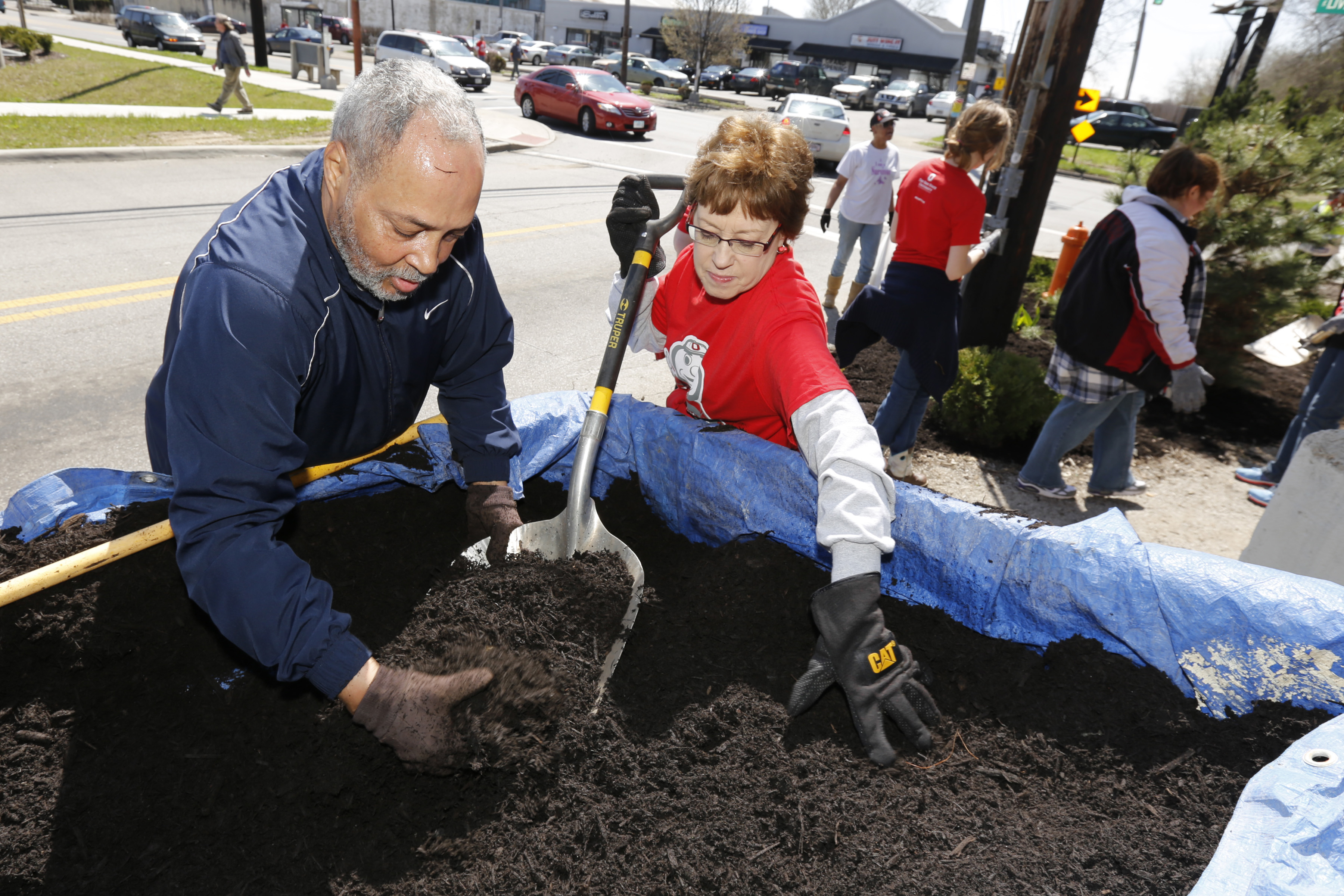 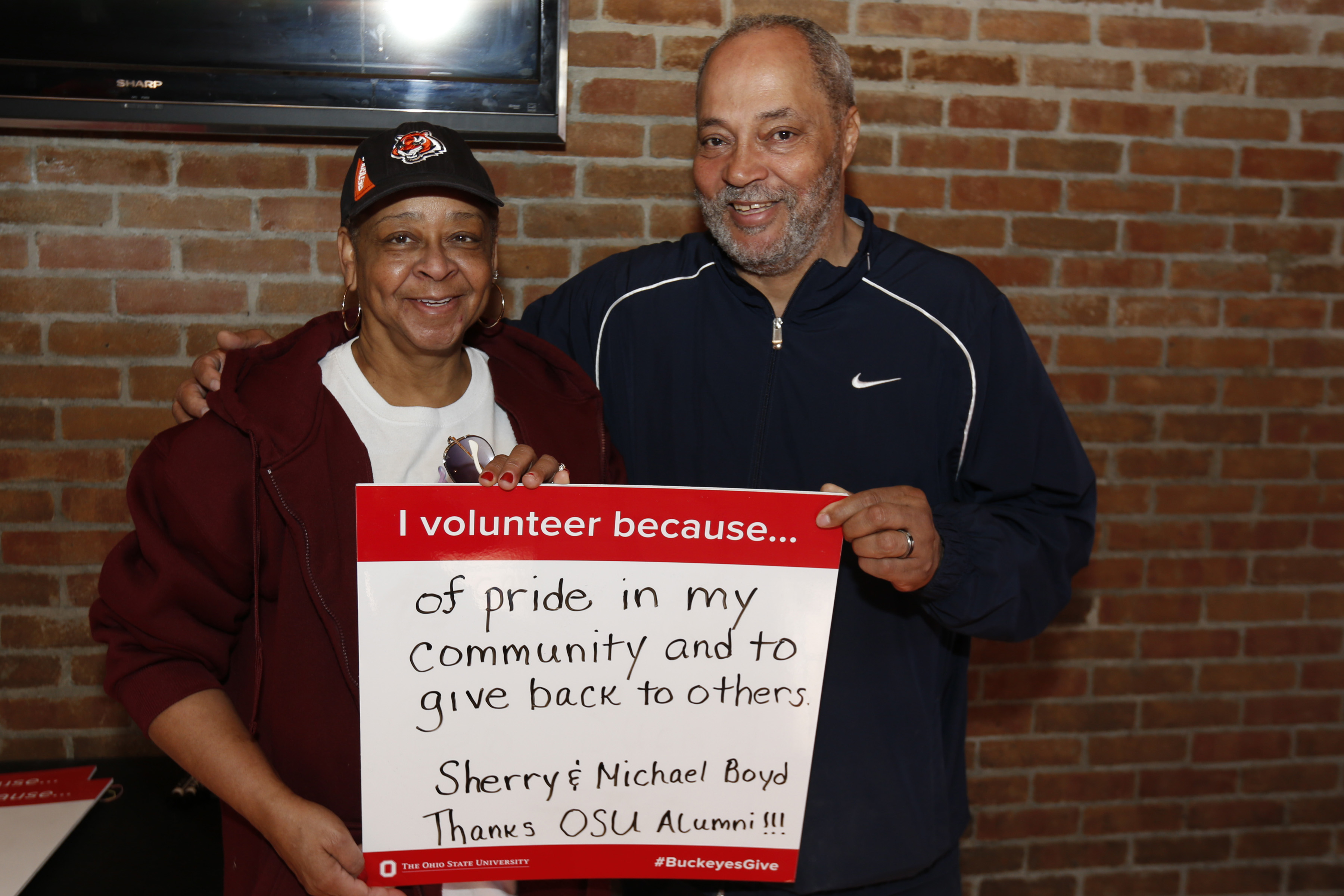 Off to a great start

The alumni association started the office last July with the goal of creating a web-based clearinghouse for volunteer opportunities and a central starting point for the university’s more than 500,000 living alumni to lend their talents to charitable, community and even academic needs.

By the beginning of June, the office helped facilitate almost 800 volunteer matches through its web portal at volunteer.osu.edu. “We had a plan and a vision, but I found there is even more opportunity than I originally thought there would be,” she said. “Our scope is much broader, and there is just so much potential to engage alumni and friends in service to the university and our communities around the world.”

A majority of Ohio State’s 33 colleges and units have posted opportunities on the site, and many veer from what might be considered traditional options for volunteers. Alumni often are asked to speak on panels, mentor students, participate in service projects or serve on event-planning committees.

To build on the early success, Domke and Nadine Holmes, the office’s associate director, are planning a second Day of Service next April as part of National Volunteer Week. They will be talking to leaders of the Ohio State alumni clubs and societies during the alumni association’s leadership symposium in September to spur several more events across the country.

“I want alumni to be able to connect with the university wherever they live,” Domke said. “With Ohio State Volunteer Match, it’s easy to organize a volunteer opportunity, get it posted on the site and connect with the larger Buckeye community through service.”

That meets a need for those seeking volunteers and those with a desire to help.

“People want to give back,” said Chris Ito, chair of the alumni association board of directors. “And when they can find ways to do that, around an event with other Buckeyes, people find it a fulfilling and enjoyable way to spend the day. That makes you feel good about being a Buckeye.”

Mark Williams ’10 MSW couldn’t agree more. He asked his friends to help celebrate his birthday by volunteering for the day. “I can’t think of a reason not to get involved,” he said. “Life for me is all about giving, doing, impacting, changing, empowering, respecting, embracing and loving.”

Williams said he enjoyed the day filled with conservations, sweat, scrapes, dirt and genuine smiles. “Residents stopped and thanked us, talked to us, wanted to do O-H-I-O with us,” he said. “OSU changed my life, so why shouldn’t I try to impact a life in that same spirit?”

To learn more about Ohio State's Office of Volunteer Relations and how you can get involved,  click here.