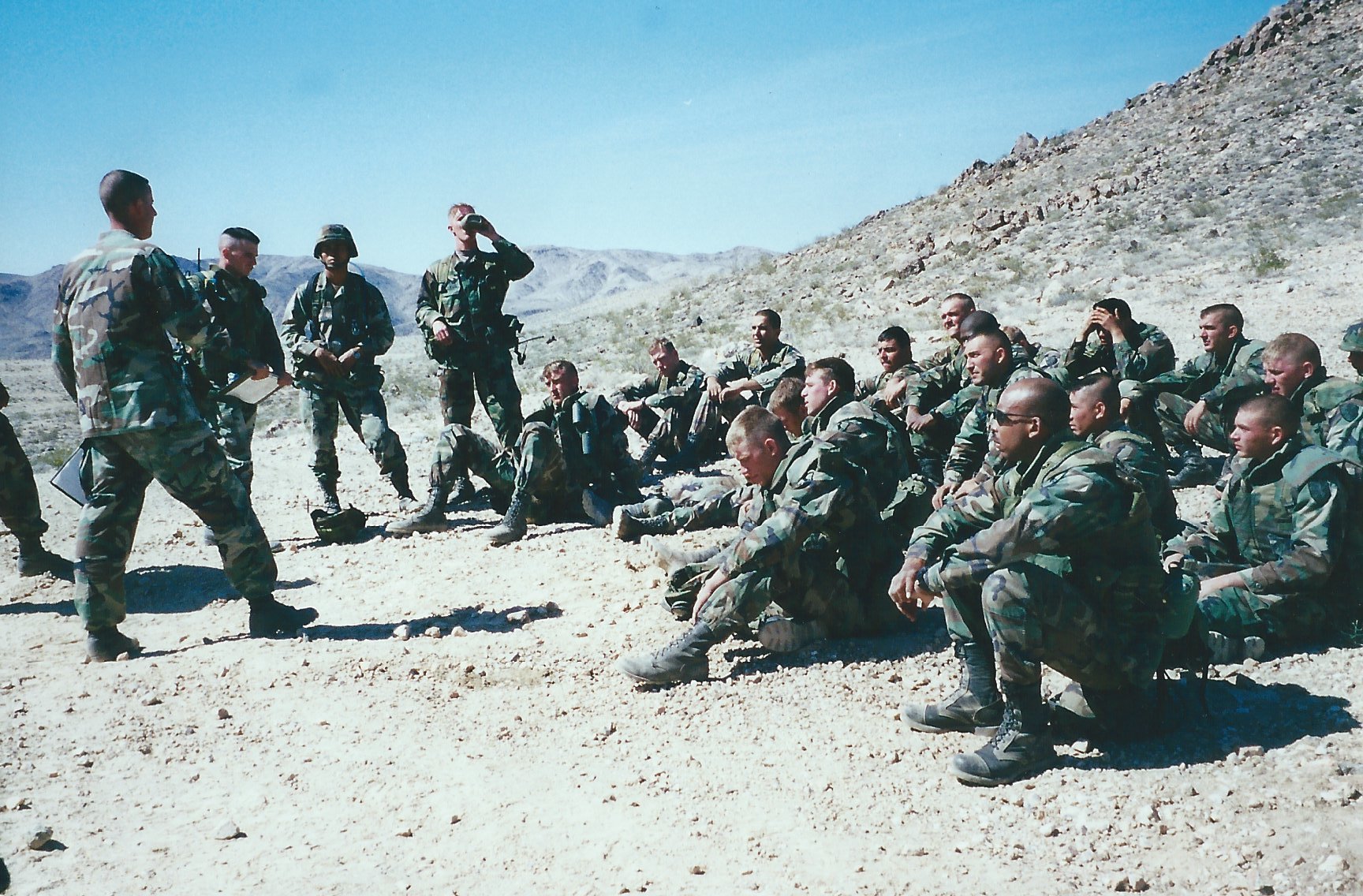 Mottos, creeds and the like are wonderful tools for unifying the thoughts of an organization and crystalizing them into a few key lines. As is this excerpt from the Army’s Cadet Creed:

I am an army cadet. Soon I will take an oath and become an army officer committed to defending the values which make this nation great. Honor is my touchstone. I understand mission first and people always …

But for those of you who have ever had to recite a company motto or memorize an organizational creed, you may be familiar with a slight feeling of disregard for the passage as you force your way through the recitation of the words. As a young cadet at Ohio State, this was exactly how I felt reciting the Cadet Creed for the first time.

My feelings were somewhat justified. I had been in the military before becoming a cadet, and this wasn’t my first creed. As a newly enlisted private in the Army, I had worked my way through The Infantryman’s Creed, The Airborne Creed, The Code of Conduct, a couple of Battalion mottos, a few more company mottos, the Army Song and a few others that I probably forgot.

So I found it ironic that when I was asked recently about the impact ROTC had on my life and experiences, I kept coming back to the phrase, “I understand mission first and people always.” Because this single phrase has been one of the most relevant and useful phrases during and after my military career.

While in ROTC, we worked on getting the mission done every day. Whether it was finishing an Operation’s Order drill or completing a field exercise, we were always working to clarify the mission and break it down to its key points. We also learned to be constantly checking on our team during training exercises. Is everyone’s water topped off? Do the less experienced people have a buddy who is keeping them up to speed? Is all of the information getting down to the lowest level on the team?

As I went on active duty after ROTC, the concept remained the same. The missions just got more intense and had larger ramifications. Does my platoon understand the mission that is going to start at 2 in the morning? Have I made the best tactical decision given my options? How do I ensure I will complete the mission on time?

It turned out that sometimes the missions could be relatively easy compared to the people part. Are all of my married soldiers with families getting enough time with them? How do I ensure my younger soldiers stay out of trouble while on leave? How are my new guys holding up with the increased operational tempo?

After the military, I found the concept was just as valid in business as it was in the Army. In some cases, even more so, because apparently there is this concept of profitability in corporations that limits the number of people who are hired to accomplish the mission! Kidding aside, the corporate environment is different from the military and presents a nuanced leadership challenge. Corporations want to run as lean as possible to maintain competitiveness and flexibility. And different from military units — where missions end and deployments are completed — the corporate mission rarely ends; it simply moves to the next fiscal quarter.

Priority-setting and resource allocation amid the daily grind of a seemingly never-ending mission can present a different type of challenge to leaders. However, being able to identify and focus on the most important elements of the corporate objective while understanding and managing the impact on the team that makes it all happen remains unchanged.

So looking back, of all the creeds and mottos I have heard, I am truly thankful that I learned this one during my time as a cadet at Ohio State. It has been a great tool to keep me focused on the goals of my organization, while maintaining balance within my teams.

Fletch Spies served in the U.S. Army and Ohio Army National Guard in various locations in the States and Europe from 1990 to 2000.