By Tom Kertscher | Photos courtesy of the Milwaukee Journal Sentinel

A decade after leaving Ohio State, where I spent one of the best years of my life, I was working as a reporter in a tiny suburban news bureau of the Milwaukee Journal Sentinel.

It was mid-2003. I was finishing a conversation with an attorney about a local crime story. And I started to wind down the interview as I often do, by asking, “So, what other news is out there?”

Suddenly it’s early 2016, and Variety is writing about a one-hour cable special on the Netflix blockbuster series “Making A Murderer.” The bible of the entertainment industry is calling me a key player in the case of Steven Avery, a Wisconsin man convicted of murder who is at the center of the series.

Variety is wrong, of course. I’m still just a newspaper guy in Milwaukee.

But in more than 30 years as a reporter, I’ve never been part of a story like the one I broke about Avery — the name I heard for the first time as a result of that phone call back in 2003.

I’m thankful to Ohio State for helping me get to a place where I could have such an experience. So, I'd like to tell some fellow Buckeyes a little about my story.

SPOILER ALERT: If you don’t want to know how “Making a Murderer” ends, hold off on reading this until after you’ve watched it.

I was one of eight people chosen for the 1992–93 class for Ohio State’s Kiplinger Fellowship, then a 12-month master’s in journalism program for mid-career journalists. The prestige of the program — and the confidence I gained from the seven incredible people who navigated it with me — helped launch me to another level of journalism.

(To get a sense for how closely our group bonded, and has stayed together, read this Kiplinger Program blog post or watch a video in which we reflect on the fellowship year.)

When I got that phone tip in 2003, Steven Avery wasn’t known outside his home area of Manitowoc County in east-central Wisconsin. I soon broke the story that new DNA evidence developed by the Wisconsin Innocence Project would free Avery from prison after 18 years. The new testing proved it was another man who had committed a sexual assault near Avery’s home in 1985.

I was present when Avery, sporting a ZZ Top-inspired beard, emerged from the prison gates — an elated, but understandably beaten-down man.

Avery is released from prison in 2003 after serving 18 years.

I later reported that the Manitowoc County Sheriff’s Department, which would be made famous by “Making A Murderer,” had targeted Avery as the sexual assault suspect while ignoring evidence that would have pointed to the true attacker. Then, two years later, on Halloween 2005, a 25-year-old photographer named Teresa Halbach went missing. Soon it was learned she was last seen with Avery.

I was with Avery at his family’s northern Wisconsin cabin as he waited to see what the police would do. And I was on the other end of the phone when Avery said as he was about to be arrested: “I’m going to jail. I can’t talk to you no more.”

I covered Avery’s six-week trial, which ended in his being found guilty of Halbach’s murder. But at that stage, in 2007, there was no sense of whether anything would come from two years of work that two New York filmmakers had done on the murder case while making Wisconsin their second home.

They came to see me at the Journal Sentinel early in the process, and a portion of that interview appears in the first segment of “Making A Murderer.” But I was as shocked as anyone to see how the Netflix series took off in December 2015.

Steven Avery relaxes at his parents’ home near Manitowoc, Wisconsin, in December 2003, two months after he was released from prison after serving 18 years for a sexual assault that DNA evidence eventually proved he did not commit. 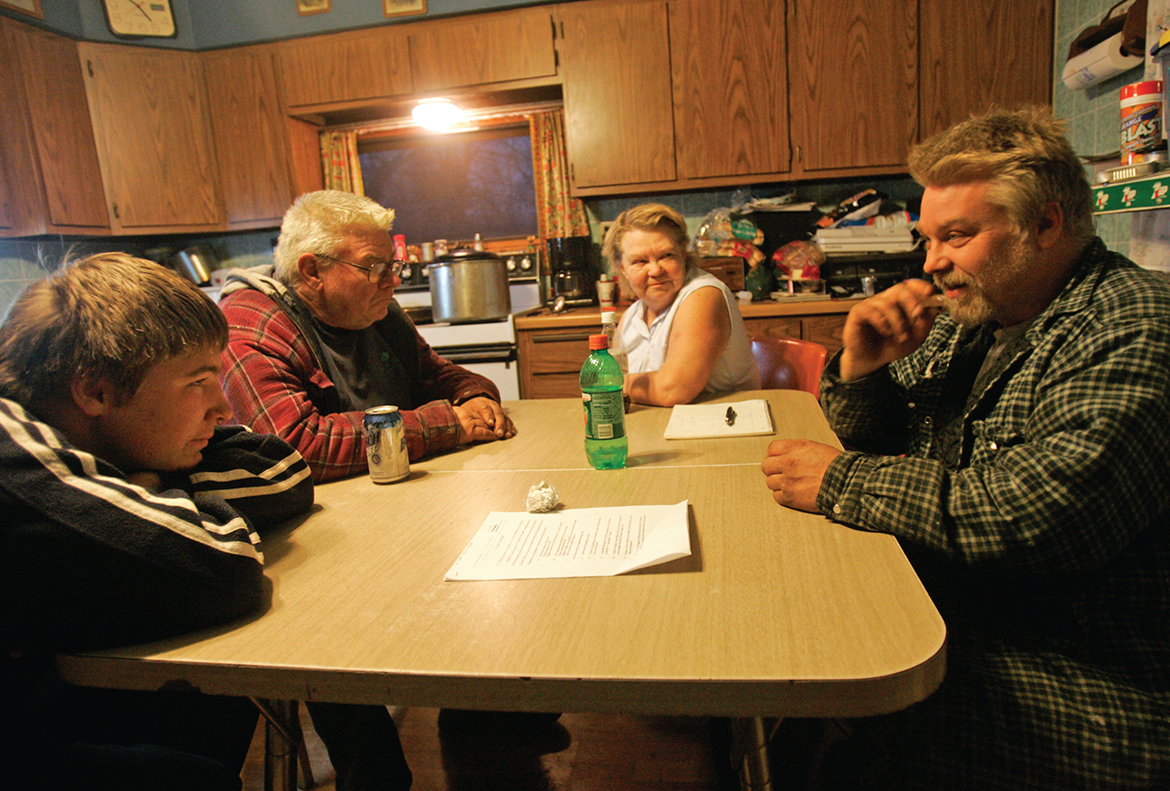 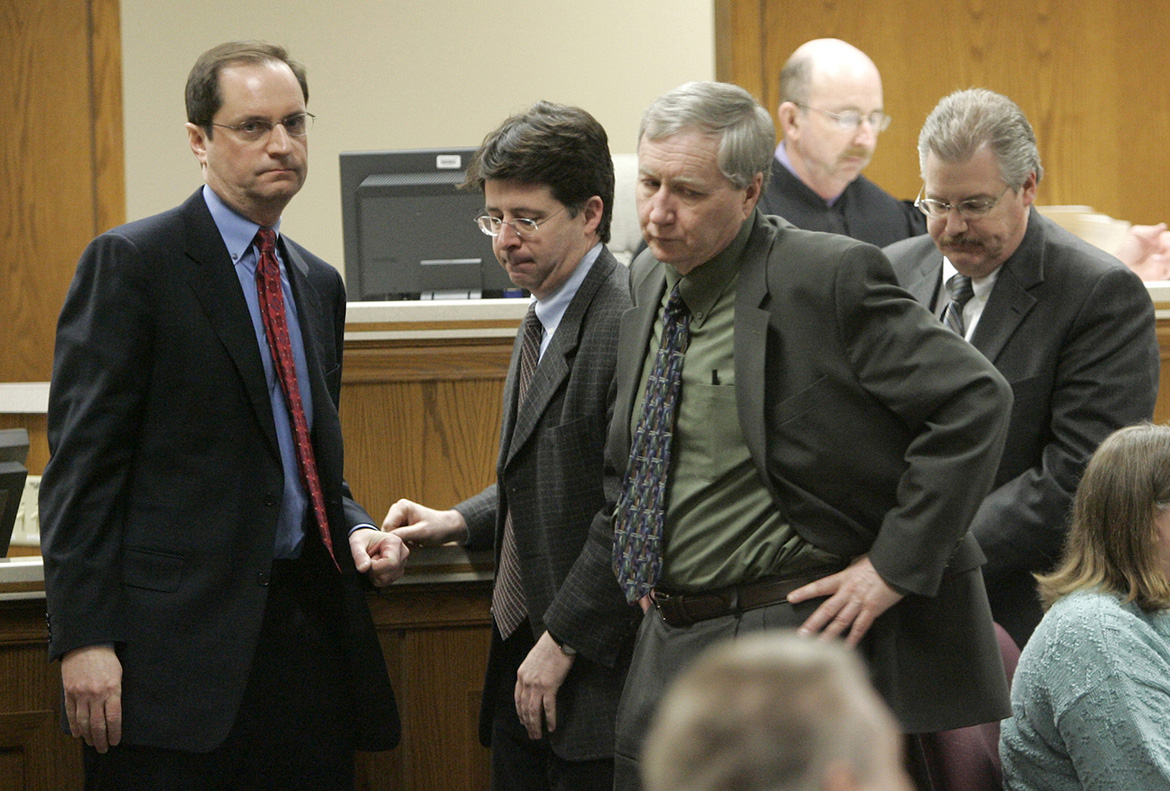 Even with all the buzz about the series, I didn’t want to watch it. I had spent so many years covering Avery, and the gruesome details of the murder had been difficult to write about. But, luckily, my editors assigned me to watch all 10 hours. I tweeted my observations as I watched over two days. An analysis I wrote about the trial vs. the series got more than 160,000 page views online. And interest in my work took off.

Besides gaining 1,300 more followers on Twitter, I was asked to do more than a dozen interviews to share my thoughts about the trial and the series. Let me tell you, it feels strange to be regarded as something of an expert. But I do appreciate that I have a certain perspective as a longtime reporter on the ground in Wisconsin. To have my brain picked by National Public Radio, the Investigation Discovery network (its one-hour special attracted 1.6 million viewers) and other media was humbling. Even getting beat up a little in an “Ask Me Anything” online chat on Reddit was, um, enjoyable.

All of those things made for an exceptionally busy period in early 2016 as I also tried to keep up my work as a PolitiFact Wisconsin reporter for the Journal Sentinel. (Fact checking is popular, after all, during a presidential campaign.)

Thankfully, there have been some positive career moments that came from being associated with “Making A Murderer.”

Watch the first full episode of "Making a Murderer" on YouTube.

Tom Kertscher, who got his master’s degree in journalism from Ohio State in 1993, is a PolitiFact Wisconsin reporter for the Milwaukee Journal Sentinel. He is the author of two sports books , “Cracked Sidewalks and French Pastry: The Wit and Wisdom of Al McGuire” (University of Wisconsin Press) and “Brett Favre: A Packer Fan’s Tribute” (Turner Publishing).

A beautiful way to live