A beautiful way to live

Recent grad believes stories help people understand one another, if not always their actions.

Jordan Edelheit ’14 is all that and more. Her boss says Edelheit has “the potential to change the world.” An Ohio State professor describes her as “very brave.” A Duke University director calls her “the most inspiring, compassionate and intellectually integrated individual of her generation whom I have encountered.”

Who is Edelheit? The effervescent 23-year-old recently sat down at the Ohio Union for an interview with Ohio State Alumni magazine. Her goal in life is straightforward: “I want to create more ways for people throughout the world to build empathy and better connect with their communities,” she said.

To do that, Edelheit wears many hats. She works for the Mayerson Foundation in Cincinnati, where she organizes social programs and builds community connections. She is a consultant for Healing Broken Circles, a nonprofit dedicated to criminal justice reform. And she’s a public speaker who travels widely — including recently to China —to speak about the things that matter most to her.

Edelheit is continuing work she began at Ohio State, where she founded TEDxOhioStateUniversity, which brings people together for short, powerful talks. She also co-founded TEDxMarionCorrectional, where the stage is shared by those who are incarcerated, their families, staff, social justice leaders and others.

It was at TEDx events that Edelheit discovered that storytelling was a powerful way to build empathy and community.

“It’s just the most beautiful way to live. It allows you to see people as human even when you don’t always understand their actions. You have to be able to say we might have different experiences that have shaped us, but we’re both able to sit here and look each other in the eyes. Then you’re able to move forward, growing together, learning together, being positively influenced by one another.”

In Jordan’s recent TEDxJacksonville talk, she spoke of the importance of breaking down stereotypes and the opportunity to do that by building empathy. She ended her talk with a spoken word poetry piece, a passion mainly inspired by the talented performers she learned from at Marion Correctional Institution. In the poem, she references her friendship with Dan, a man she met on the first day she visited the prison. The two have worked on several projects together over the past four years.

Jordan speaks at TEDxJacksonville in 2015.

Dan has a tattoo spelling “hatred” on his neck and a swastika on his chest. Stories of his past led to some of the most difficult, yet transformational conversations between him and Edelheit, who is Jewish. By breaking down perceived barriers, the two were able to have honest conversations that ultimately led Dan to become one of Edelheit’s mentors. An incredible spoken word poet himself, Dan refers to Edelheit as a surrogate daughter in one of his poems.

Many people were impressed with Edelheit’s abilities, including Pam Saeks, director of Jewish Innovation and Engagement at the Mayerson Foundation, which funds humanitarian and educational projects.

Saeks had known Edelheit, who grew up in Cincinnati, for years. She followed Edelheit’s career at Ohio State and caught wind of her plan to embark on a cross-country road trip called The Driven to interview entrepreneurs. (See her TEDxColumbus talk on the topic here.) Saeks was so impressed with the young woman’s passion and enthusiasm that she gave her a grant.

“Whenever I find someone really amazing like Jordan, who has the potential to change the world, I want to keep tabs on them,” Saeks said.

More than that, she wanted to hire Edelheit. “Ohio State gave Jordan so many opportunities to bring out her leadership skills and passion for community building,” Saeks said. “We had to find a place for her.”

The foundation sponsors Access, a group for Jewish young professionals in Cincinnati that focuses on relationship building. Saeks offered Edelheit a full-time job running ACCESS’ special events and social programming. “I knew Jordan could take our group to a deeper level,” Saeks explained. Edelheit accepted the position in May 2015.

“I’ve been able to carry my skills of community building and empathy development into this job,” Edelheit said. For instance, she arranged a Skype session with the Marion inmates and ACCESS participants. She also opened an office in Over the Rhine, a gentrifying Cincinnati neighborhood, and hosted an exhibit with the Homeless Coalition. She organizes social events so young professionals, often new to town, can feel connected.

Edelheit’s work schedule is flexible, allowing her to accept public speaking opportunities. In November, she traveled to China to discuss the value of experiential learning with students and entrepreneurs. (Read her speech, which she’s updated to include background for Buckeyes.) 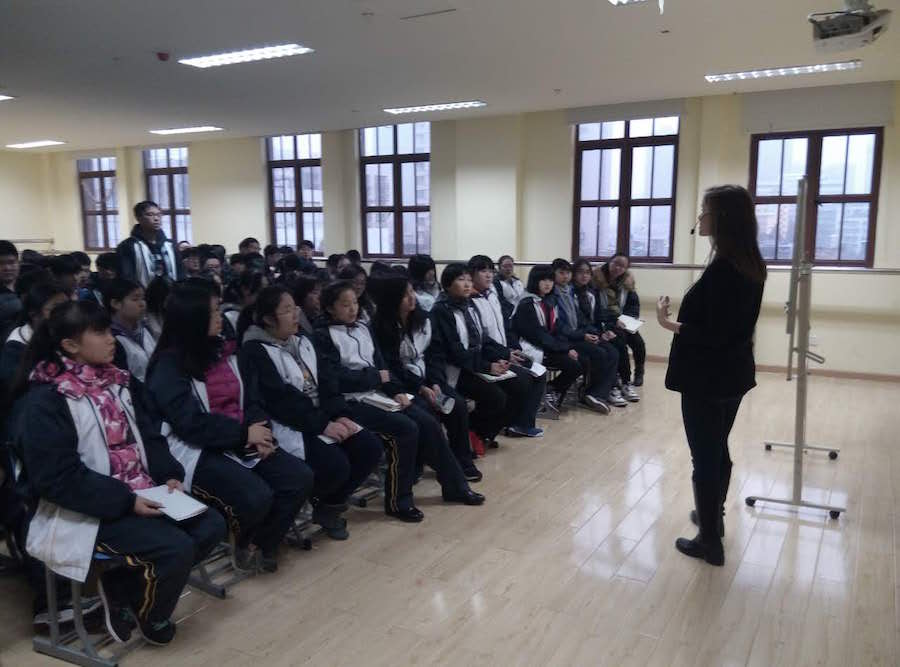 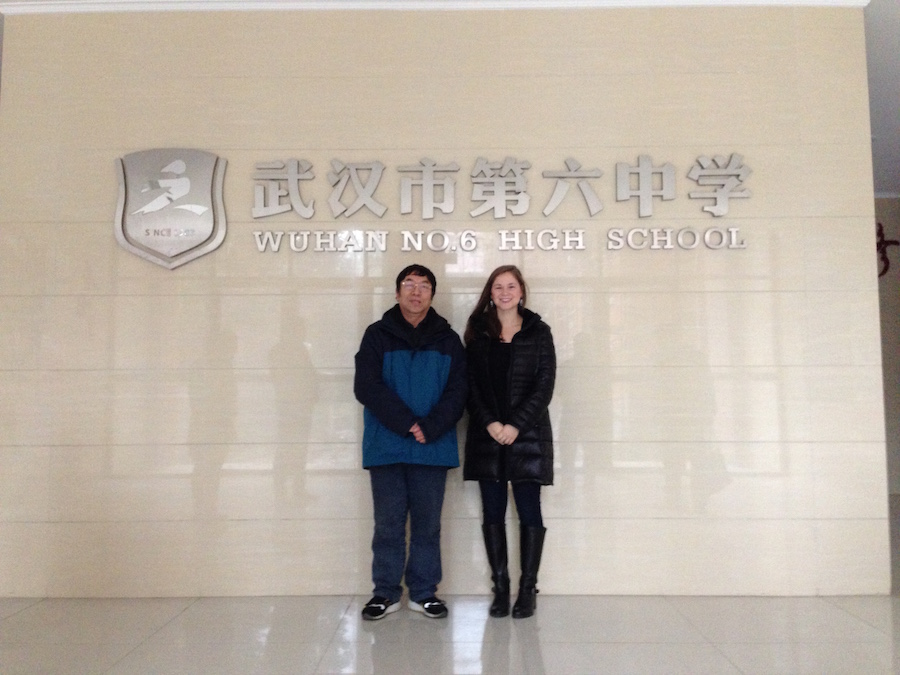 Experiential learning was a key part of Edelheit’s Ohio State education, and she credits faculty members for supporting her, including senior lecturer Amy Barnes. Barnes is an advisor for TEDxOhioState and led several of the leadership courses Edelheit took.

“Jordan is very brave,” Barnes said. “She regularly put herself in situations outside her comfort zone. She knew it was going to be hard, but she did it anyway.”

Barnes encourages her students to find learning opportunities outside the classroom and to take classes with real-world applications, as Edelheit did. “Research shows that people learn better when they are hands on, when they are engaging with the subject matter.”

Barnes said Edelheit has forged her own path. “She’s combining her love for TED and her interest in social justice and event planning and making work for herself, which is amazing. She’s an entrepreneur. A social entrepreneur.”

Edelheit is interested in hearing from others with stories to share or a willingness to be interviewed about entrepreneurship for The Driven.

No disputing the evidence