Imagine a place where sons and daughters of Ohio and far beyond have access to a world-class education.

A place where students crossing the Oval with the weight of knowledge and promise in their backpacks are not burdened with worry about how to pay for college.

A place where scholarship, teaching and research shine even brighter. Where community partnerships feed the hungry and tackle the world’s biggest challenges. And where diversity of race, class, gender, culture, orientation and identity is celebrated as a defining strength.

That place is The Ohio State University in the year 2020 — the university’s 150th birthday.

Dr. Michael V. Drake, in a speech during his investiture ceremony as Ohio State’s 15th president, invited students, faculty, staff, parents, alumni and friends to work with him to make that vision a reality during the next five years.

What follows is a closer look at each of the three areas Drake emphasized. Visit go.osu.edu/2020vision for video and a transcript of the speech and continuing coverage of the 2020 Vision.

“We must work to reduce student debt. Education transforms lives, but only if we can deliver on our promise of access to an excellent and affordable education.”President Drake

Already, the university is working to contain costs and help more students graduate on time. In addition, Drake has asked university leaders to find $200 million in administrative efficiencies and $200 million more in revenue during the next five years.

The additional resources will be reinvested in three core areas:

Ohio State’s scholarship pool, especially for low- and middle-income students, will be boosted by at least $15 million in the upcoming academic year. Drake set a goal of increasing total scholarship support by $100 million by 2020.

“I think it will make a very powerful statement in the marketplace that will encourage talented, bright, diverse students from across Ohio and the country to consider Ohio State as their No. 1 choice,” said Dolan Evanovich, vice president of enrollment services. 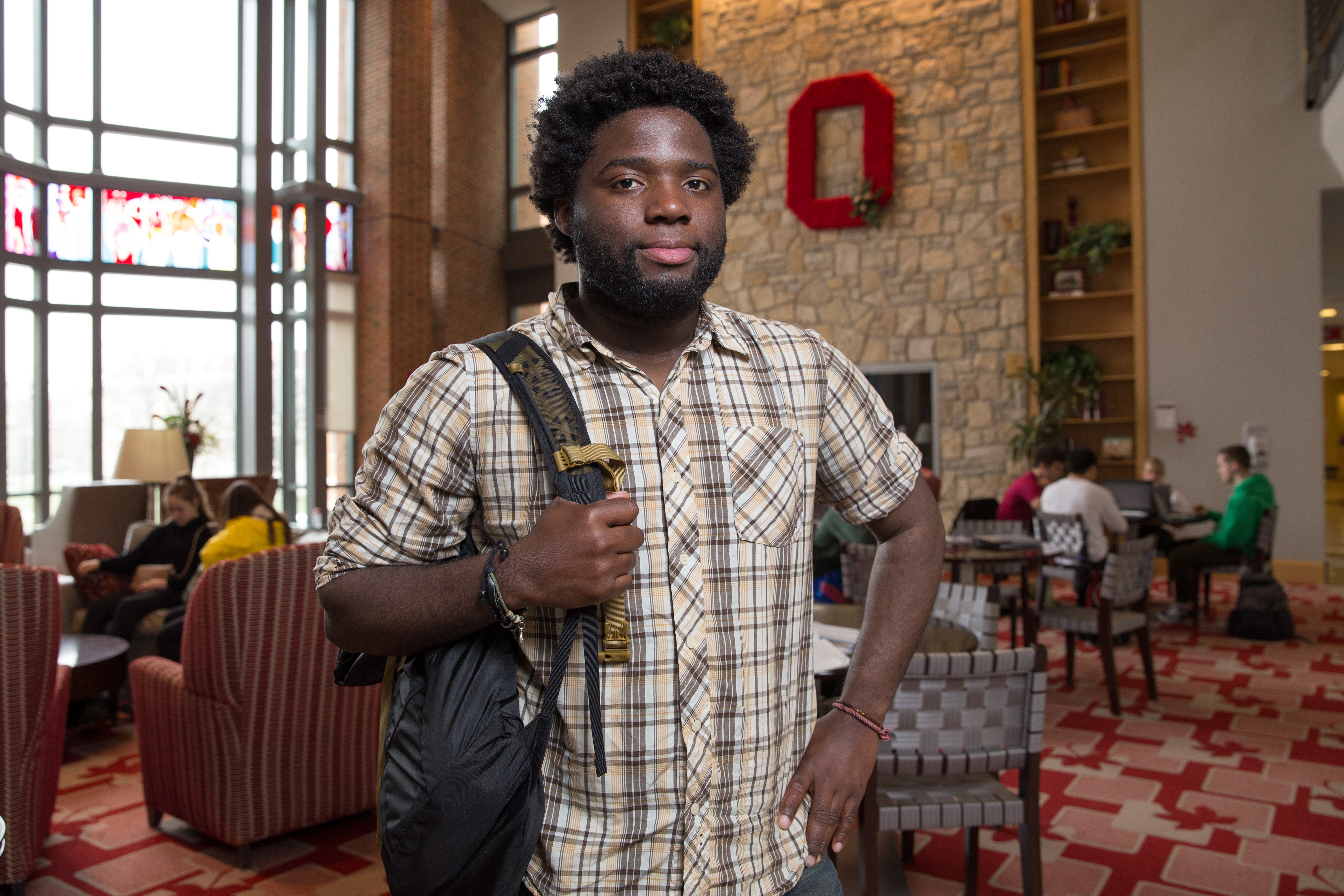 Carlos Martinez, a junior studying computational linguistics, expects to graduate from Ohio State with more than $10,000 in student-loan debt.

Increased financial aid will help ease the debt load of low- and middle-income students such as Carlos Martinez, a junior who’s the first in his family to attend college. He expects to graduate at least $10,000 in debt — despite merit and need-based aid from the university. Other schools offered financial aid, but Martinez knew that Ohio State was the best fit. “I’m confident that I’ve done enough at Ohio State that I’ll be able to get a job,” said Martinez, who’s studying computational linguistics, underlying technology such as Siri, the virtual iPhone assistant.

On many counts, Ohio State already is a national leader in promoting affordability. The cost of tuition and mandatory fees is among the lowest in the Big Ten. Nearly half of students graduate with no debt. For those who borrow, the average debt ($26,472) is about $2,500 less than the statewide average.

“The president’s affordability plan for student scholarships was reassuring to students moving forward,” said Abby Grossman, president-elect of Undergraduate Student Government. “In student government, access and affordability is an extremely important issue, and we look forward to holding ourselves, as well as Dr. Drake and the rest of the administration, accountable for enhancing affordability.”

He plans to convene a faculty summit in May and create a university-wide institute on teaching and learning to support tenure- and nontenure-track faculty. The initiative will focus on evidence-based teaching and using data analytics to help students navigate their courses more successfully. That, in turn, should reduce the time to graduation and save students money.

Matthew Stoltzfus, chemistry and biochemistry lecturer, likes the emphasis on teaching excellence. “I’m enthused to see that the president is pushing [the teaching] mission more than anyone I’ve seen from a president at a large university. I believe the small steps we’re going to take in the near future can have a large impact on the instruction our students receive.”

“It was awe-inspiring to hear a president lay out this kind of vision. He clearly understands that there’s a connection between health, wellness, educational outcomes and bringing about true social change that moves our entire society ahead.”Lisa Hamler-Fugitt, executive director of the Ohio Association of Foodbanks

Ohio State has successful partnerships with Ohio businesses, governments and nonprofit groups. To make an even larger impact, Drake announced a new initiative on hunger and other food security issues. “At this moment, blocks away, children may not know where they’re getting their next meal,” Drake said. 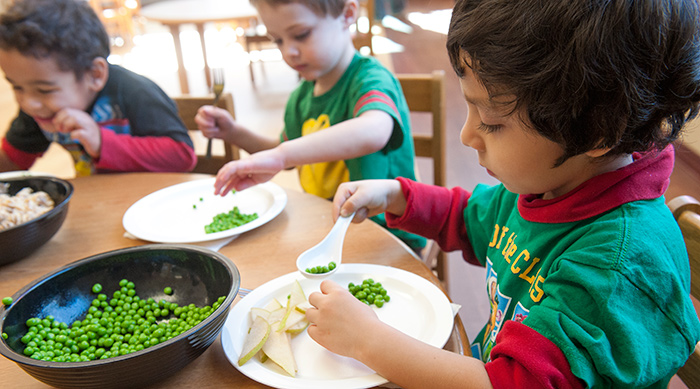 Children share a healthy meal through an Ohio State program that serves the Weinland Park area east of the Columbus campus.

The university will make an unprecedented strategic and financial commitment to tackle food insecurity through nearly $15 million in new faculty experts as part of the Discovery Themes initiative. Among other tactics, the Discovery Themes initiative involves hiring additional faculty to focus on three key areas: health and wellness, energy and environment, and food production and security.

New faculty experts on food insecurity will join more than 50 faculty who work on related issues now. During the next decade, the university will commit nearly $100 million toward what Drake called a “grand challenge.” While groundwork has been laid, much remains open in terms of specific approaches, programs and initiatives.

Matt Habash, MA: ADD DEGREE AND YEAR, president and CEO of the Mid-Ohio Foodbank, said one in four children and one in six adults face food insecurity every day in central Ohio. Last year, the foodbank served more than 524,000 central Ohioans.

“The long-term implications of hunger are truly untold,” Habash said. “We know that hunger is afflicting our health care system, eroding the potency of our education system and depreciating our competitive workforce.”

Lisa Hamler-Fugitt, executive director of the Ohio Association of Foodbanks, commended Drake for his focus on food insecurity. “It was awe-inspiring to hear a president lay out this kind of vision,” she said. “He clearly understands that there’s a connection between health, wellness, educational outcomes and bringing about true social change that moves our entire society ahead.”

Drake also will call in other reinforcements for the mission: “In the coming months we will again call upon the powerful support of Buckeye Nation — our passionate alumni and friends around the globe — to help in these efforts.”

Focus on inclusion and diversity

“I think true inclusion, the kind of inclusion Dr. Drake alluded to, comes from the creation of a culture of mutual respect, collaboration and dialogue. This can only truly happen when led from the top, and Dr. Drake, I believe, is committed to doing so.”Tariq Azam, president of the Inter-Professional Council, the official student government of the university’s six professional colleges

Drake said Ohio State “must lead our colleagues in exemplifying what it means to be an inclusive university in the 21st century, a place where diversity is a defining characteristic and source of strength.”

As a first step, he has realigned the Office of Diversity and Inclusion with the Kirwan Institute for the Study of Race and Ethnicity. The university also will develop diversity training for search committees that hire faculty. In addition, Drake has created a coalition to make meaningful recommendations on how best to become a model of inclusive excellence — a university that expands access and diversity without sacrificing quality of teaching, learning and research.

“Our universities — of all places — must welcome and celebrate all individuals,” Drake said, “regardless of race, class, gender, culture, orientation or identity.” 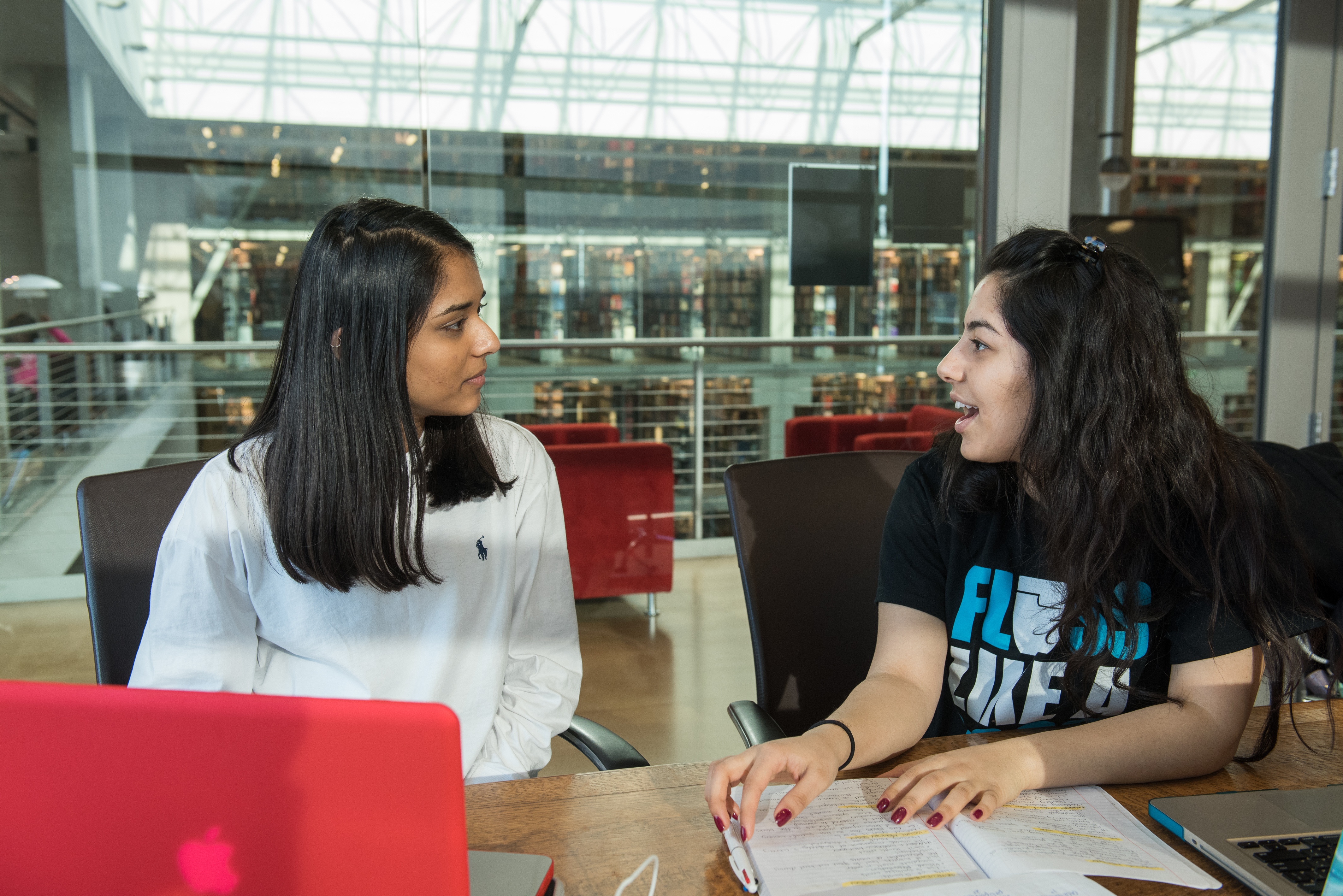 Valerie Lee, vice provost for diversity and inclusion, said “nothing is off the table” when it comes to the coalition’s work. “We certainly want to make sure the university is engaging in certain activities to recruit and retain a diverse body of faculty, students and staff,” she said. “Frankly, we are doing much better with students than we have with faculty and senior-level leaders.”

For example, Lee said the committee may consider how to advertise university positions more broadly or in new ways to attract a deeper and more diverse pool of qualified candidates.

“For too long, diversity has been measured by numbers, and once a critical mass of students of a given background are present, success is declared,” Azam said. “I think true inclusion, the kind of inclusion Dr. Drake alluded to, comes from the creation of a culture of mutual respect, collaboration and dialogue. This can only truly happen when led from the top, and Dr. Drake, I believe, is committed to doing so.”

At the heart of the president’s 2020 vision for the university is his focus on students.

“I am impressed with their brilliance, focus, achievements and overall goodness,” Drake said. “They give me confidence that the future will be in good hands and inspire me daily to do whatever I can to enhance their path forward.”

Making the 2020 vision a reality will take creativity, collaboration and hard work during the next five years. But the results, Drake said, will benefit the entire Ohio State community as well as the world far beyond campus. “If we make measurable progress in these areas,” Drake said, “we will set the standard for what it means to be an affordable, excellent, diverse and engaged land-grant university in the 21st century.”