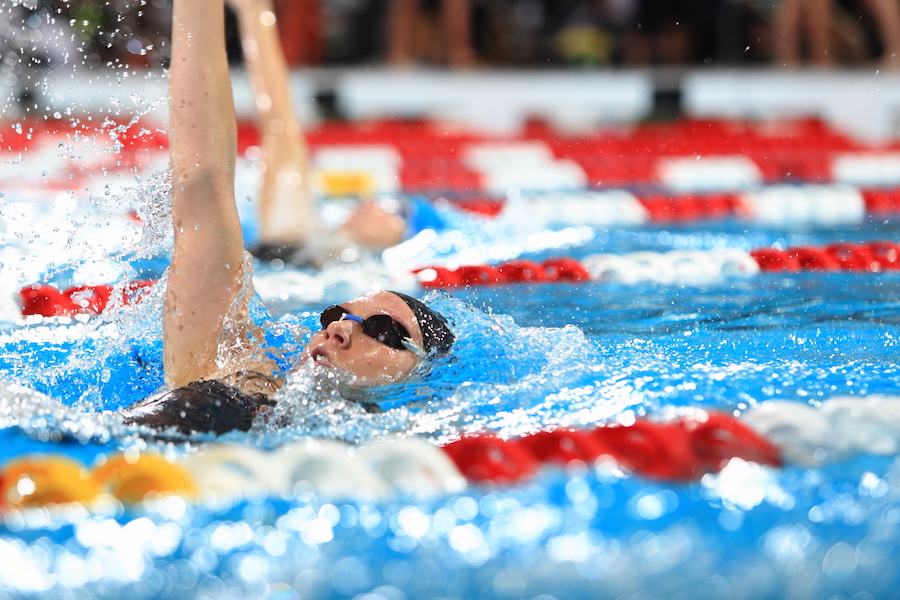 Just a few weeks removed from a four-year swimming career at Ohio State, Kelly Ann Baird was still feeling the sting of how she finished: She failed to reach the finals in any of her events and earned no points at the Big Ten Championships. It was the first time that ever happened, and to have it occur in the last meet of her senior year was a true low point for the 10-time high school state champion from Lexington, North Carolina.

“Leading up during that whole season, I was supposed to make it to the NCAAs,” Baird said. “I was doing really well, and my times were the best they’d ever been. Every athlete wants to finish her career on a high note and know she put it all in the pool. My teammates knew I tried my best, but for me, it just was not enough. It was sad to leave the sport on a note like that.”

Baird kept to her routine of working out at French Fieldhouse after her swimming career ended. She was face down, supported only on her toes and forearms, and had a 10-pound weight on her back when Teitelbaum spotted her. Two-minute planks are hard enough without the extra weight, so Baird’s strength was evident.

“She was this really fit and athletic kid working out, and I figured I’d find out what her story was,” said Teitelbaum, who is always on the lookout
for fresh talent.

Former athletes make the best transition to rowing, and swimmers in particular have some of the most transferable skills.

“The sports require the same type of temperament and personality. Basically you need to love to train at something pretty monotonous,” Teitelbaum said. “[But] you are so much more connected and dependent upon your teammates as a rower. I think that’s the thing that the swimmers who transition really appreciate: You’re not alone.”

Although she was close to graduation, Teitelbaum asked Baird if she would extend her time at Ohio State and become a rower. Athletes can compete only four years in the same sport, but they earn an extra year of eligibility if they switch to a new one.

“I was completely thrown off guard,” Baird said of being asked to row. “I had seen the rowing girls around the weight room sometimes, but I never really gave them enough credit for what they do. I was always, ‘Swimming is the greatest sport ever. It’s so hard and any other sport doesn’t even compare to it.’”

What Baird didn’t know is that rowing is the only women’s sport at Ohio State to win an NCAA national title — two of them, in fact, in 2013 and 2014. 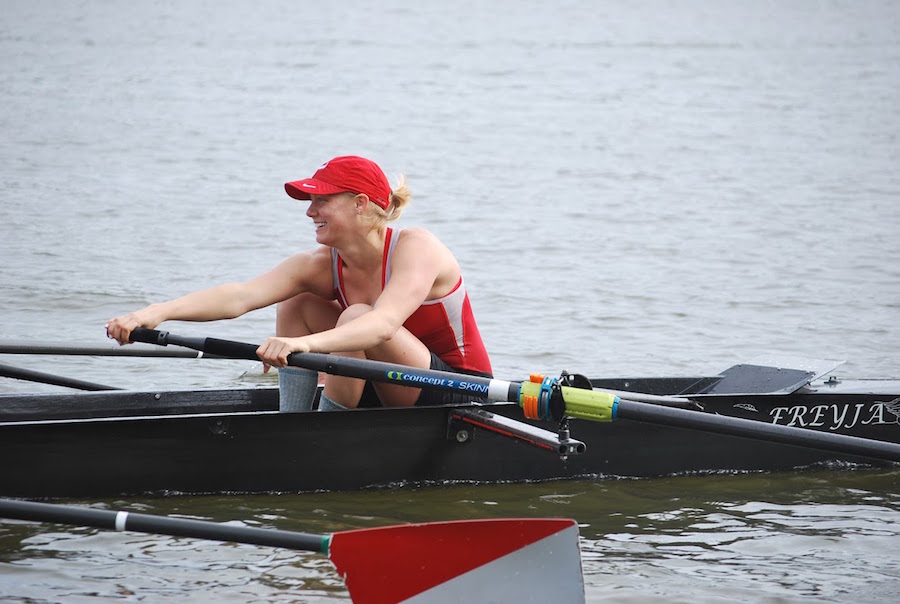 Rowing is Baird’s third sport. She was in gymnastics as a preschooler, but a foot problem brought an end to that activity and put her in a cast for a year. Her doctor suggested swimming.

“I was awful at it at first, but then I started to get into it, got better at it and fell in love with it,” Baird said.

Her experience with rowing has been similar, but her window of time to excel is much shorter.

A few weeks after agreeing to take up an oar, Baird found herself on the water in an eight-person shell. She hadn’t slept all night as she went through the drill again and again in her head: pull it, turn it, draw it out, twist the blade, drop it back in the water. Repeat.

She had been training on the team’s ergonomic rowers to that point, practicing her style and building her aerobic capacity. But now other people were actually relying on her.

Teitelbaum put her in the middle of one of the novice boats, considered the 60-member team’s junior varsity. All first-year athletes row novice until they learn the sport, and a spot in the middle is where rowers are least likely to throw off the crew’s rhythm.

Two and a half hours later in the crisp chill of that mid-March morning, Baird was near tears.

“The first day, I just could not figure it out,” she said. “I was thinking, ‘This is never going to work.’ These girls had their very first race in a few weeks, and I’m in their boat messing up their practices.”

But Baird quickly went from hopeless to helpful. She even discovered how to overcome the typical rookie mistake that causes a boat to drop dead in the water, known as catching a crab.

“You’re supposed to feather the blade as you pull it toward you to make it parallel to the water. But if you do it too quickly, it gets caught underwater,” Baird said. “The whole boat has to stop for that one person to get her blade out. But I got really good, to the point where I was able to get my blade out quick so the boat wouldn’t stop.”

Three weeks, after daily 2-plus-hour practices on the water, Baird was in the boat again with those butterflies. She was on a lake in Michigan, with shells from the University of Michigan and Michigan State in the next two lanes. She still only knew seven people on the team — those in her shell — by name.

Twelve mph winds were creating choppy water, and Baird had rowed only on a smooth surface. (Races are canceled in 15 mph winds, because that’s when whitecaps appear, but this one was going forward.)

“I’m freaking out, and we get in the boats to warm up, and I don’t know what I’m going to do,” Baird said. “But it was exhilarating, because I’d only ever raced [against] Ohio State boats.”

The gun sounded, and her adrenaline and training kicked in. Her crew didn’t win, but the race was memorable for Baird: She found her new calling.

Baird went on to race novice in the Big Ten Championships, finishing third to earn her first collegiate sport medal. The team as a whole took first, and each member received a championship ring. Her frustrations over the way her swimming career ended dissipated.

The mind shift was complete. When Baird swam relays, the strongest, fastest athletes were chosen. In rowing, the women who can best move the boat in unison make the cut.

Baird worked hard over the summer and moved up to varsity, making an eight-woman boat that has the chance to qualify for the NCAA Women’s Rowing Championships May 29–31 in Sacramento, California.

“I told myself I’m going to be the best I can be for the team this year because I only get one shot at this.”

“It’s not like I’m here for four more years and I can improve every year, so I’ve got to make the best of this situation," she said. "My competitive spirit just doesn’t die out.”

When Baird’s one-year rowing experiment is over, with or without a trip to “The Show,” the zoology major wants to stay close to the water. She’s drawn to marine research and the idea of studying shark behavior in grad school. A teaching assistant at Ohio State’s Museum of Biological Diversity, she also works at the Columbus Zoo and Aquarium.

Rowing has allowed her to push herself beyond her own perceived boundaries and become a better teammate, something she knows will help her in the long term.

“If I get into a field where you tell me I can’t do something because I’m a girl or I’m not smart enough, I can prove you wrong,” Baird said. “I can work myself to the point where I can be good enough and even better than what you think is capable.”