Back to finish what he started

In a letter home, recent grad thanks the Ohio State team that helped him recover from a near-fatal accident in Vietnam.

As you read this, I’m back in Vietnam for a second chance at teaching English, a second chance at life. My first trip ended last October after a motorbike accident left me in a coma with a traumatic brain injury. The Ohio State community helped me get well, get home and get back here to finish the job I started.

I graduated in May 2015 with a double major in international studies and political science. I decided to teach English abroad for a year and found a program in Dong Hoi, Vietnam. Spending a year in another country, I decided, would allow me to immerse myself in what I had learned through course work and expose me to new cultures, people and lifestyles.

My work started in August. The first six weeks were a whirlwind. I met my students — mostly hotel employees ranging from my age to my parents’ ages. Many worked in customer service. Dong Hoi is a popular tourist destination, so the students at the center where I teach must interact with visitors in English. In my free time, I explored the area’s beautiful beaches, mountains and caves and volunteered at a local “English Club” to work with high school students and adults who wanted to practice speaking English.

It was my first time abroad, and I missed my family and friends, but I was making the most of it. I was living.

The night of Oct. 6, 2015, I was found along the side of a local road after my motorbike apparently was struck by another vehicle. I have no memory of the accident and just bursts of recollections from the weeks that followed.

I was taken to a hospital in Dong Hoi, where doctors determined I had multiple skull fractures, a traumatic brain injury and bleeding in my brain. Within a day, I was moved to a hospital in Hue, Vietnam, and two days later to Bumrungrad International Hospital in Bangkok, Thailand. I spent 15 days there, including four in the ICU.

My first memory after the accident was of my mom walking into my hospital room in Bangkok. Although I was shocked to see her and learn why we were there, I had been conscious and functioning for a week with her present before my memory returned.

A view of Chay River and Phong Nha-Ke Bang National Park taken on a hike between two cave entrances.

When I regained full consciousness, I learned what went on in the previous weeks. Doctors at Ohio State had heard about my case from a staff member in University Advancement, where I had interned in 2014. He reached out to an Ohio State alumnus from Vietnam, who helped doctors at the university’s Wexner Medical Center communicate with my doctors in Dong Hoi. Later, interpreters with Bumrungrad Hospital helped my doctors there maintain contact with Ohio State physicians, who helped interpret my brain scans and medical data, kept my parents calm and made recommendations on my treatment.

When it was safe for me to return to the States, I made the flight home, arriving at Wexner Medical Center on Oct. 30. The next day, I underwent tests for walking, speaking, listening and balance, and after completing them successfully, I was cleared to go home to New Knoxville, Ohio.

“Lucky.” “Improbable.” “Incredible.” My doctors used these words to describe my recovery. I am blessed. 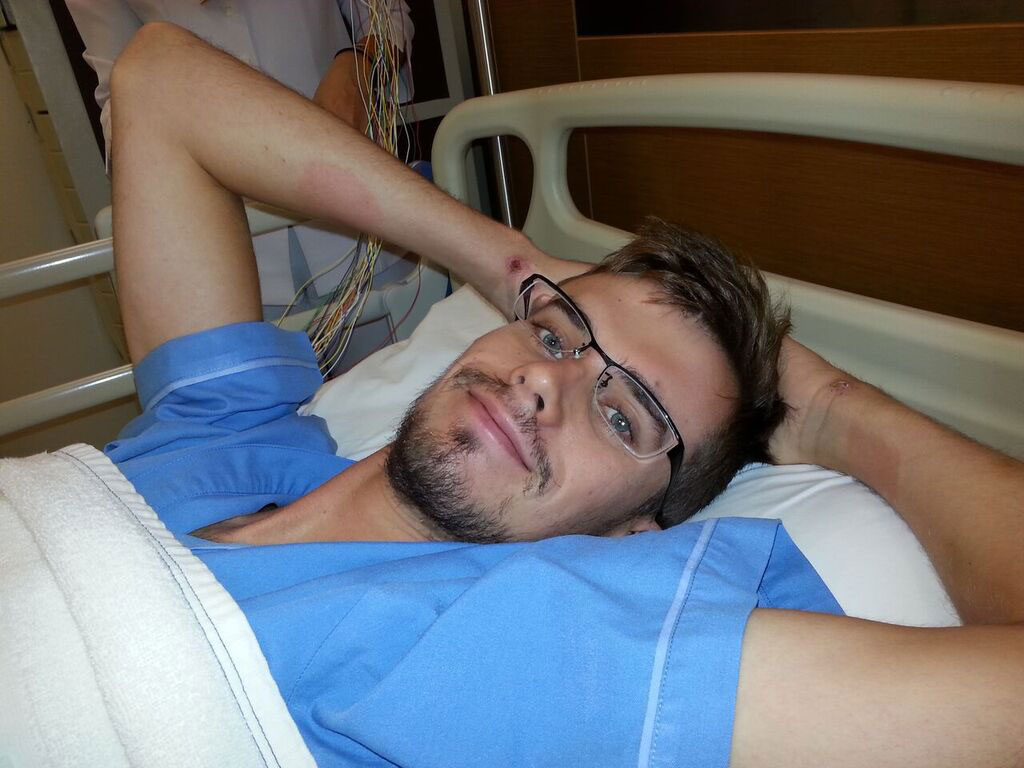 Felty was happy to be out of a coma at Bumrungrad International Hospital in Bangkok. 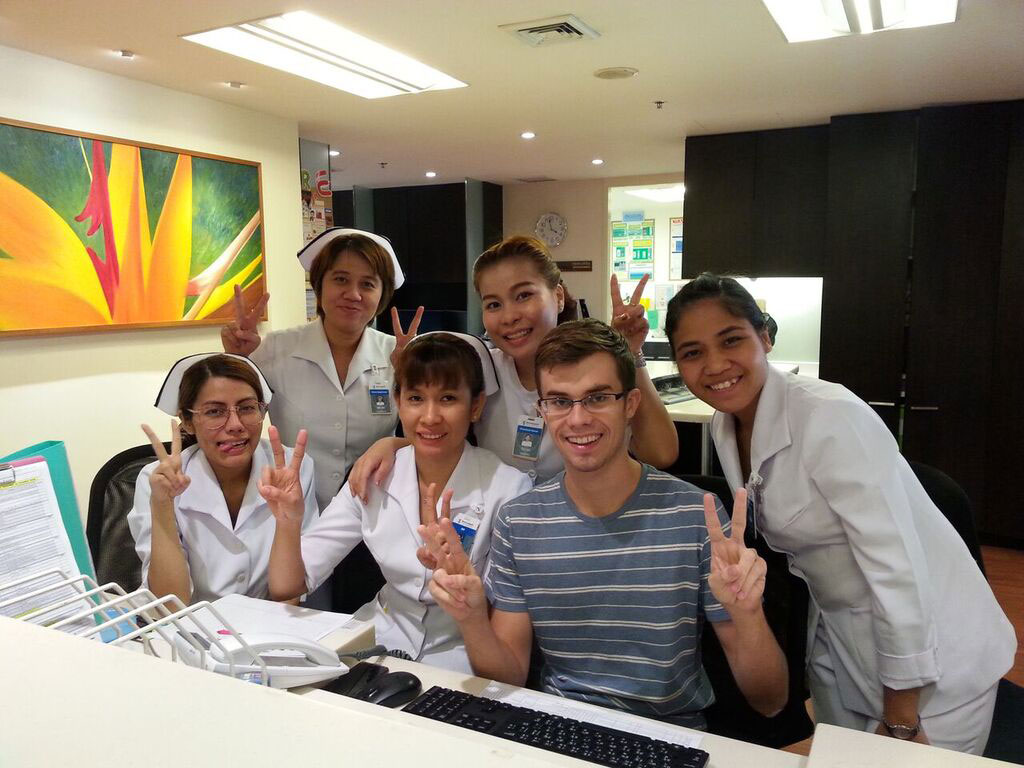 Nurses at Bumrungrad posed for a photo before his transfer to Wexner Medical Center.

The Buckeye community helped save my life. Staff with University Advancement, Government Affairs and Wexner Medical Center made all the difference. My family launched a GoFundMe page to help with travel and medical expenses. Their goal was to raise $7,500, but more than $20,000 was pledged in three days! I sometimes read the notes on that page to brighten my spirits. So many have Ohio State connections.

I am grateful to be alive and back in Vietnam to achieve what could have been ripped from me.

I wrote this in a blog post on Nov. 30, 2015, and it will ring true for the rest of my life: “Graduation from Ohio State by no means ended how much the university continually improves my life and ensures that I’m growing, learning and staying healthy.”

Small steps add up to wellness

Catch more tales and photos from Richard's adventures in Vietnam through his blog.