Our band’s legendary Script Ohio has endured for eight decades.

Hundreds of students have followed in the footsteps of Wesley Leas and John Brungart in the past 80 years. And quite proudly, too.

Leas was the drum major who led The Ohio State University Marching Band into Ohio Stadium on October 10, 1936, the day the band first performed Script Ohio. Brungart, a trumpet player, dotted the i. As they do today, band members played “Le Regiment de Sambre et Meuse” as they marched into formation. They closed by singing a chorus of “Buckeye Battle Cry.”

Eugene Weigel, who directed the band for a decade beginning in 1929, implemented the treasured tradition. He quickly tweaked it, switching in sousaphone player Glen Johnson to dot the i by the time the Michigan game rolled around that November.

Ironically, the band from that school up north first formed “Ohio” in script in the ’Shoe. Reporting on the University of Michigan Marching Band’s 1932 tribute to its rival, The Michigan Daily noted, “Probably the most effective single formation was the word ‘Ohio’ spelled out in script diagonally across the field in the double-deck Ohio Stadium to the accompaniment of the OSU marching song, ‘Fight the Team.’” 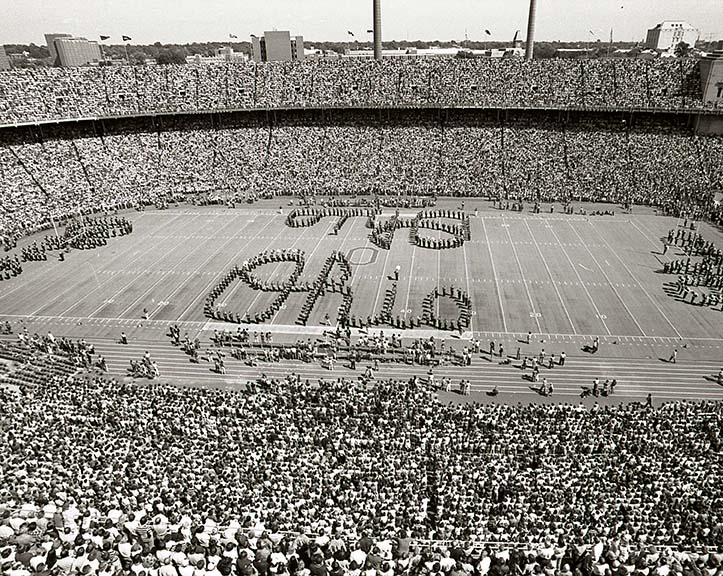 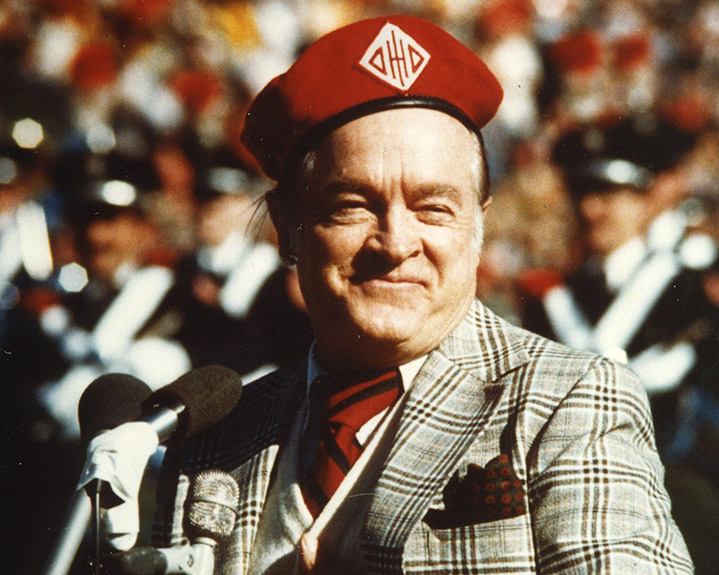 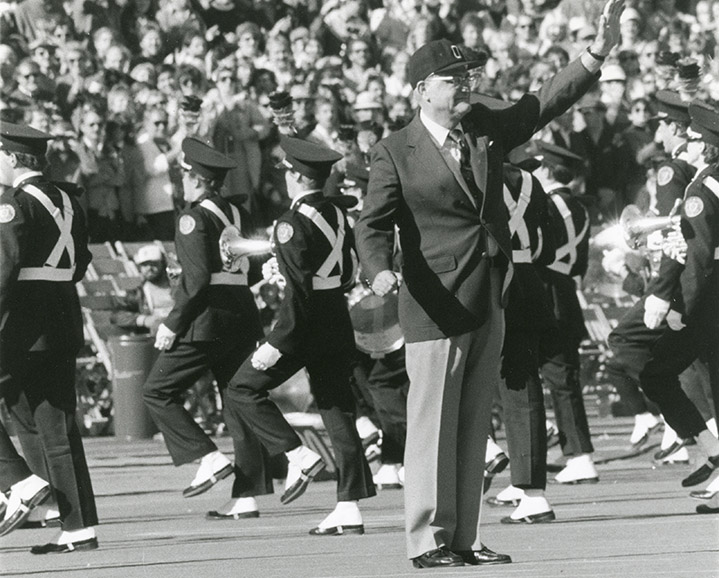 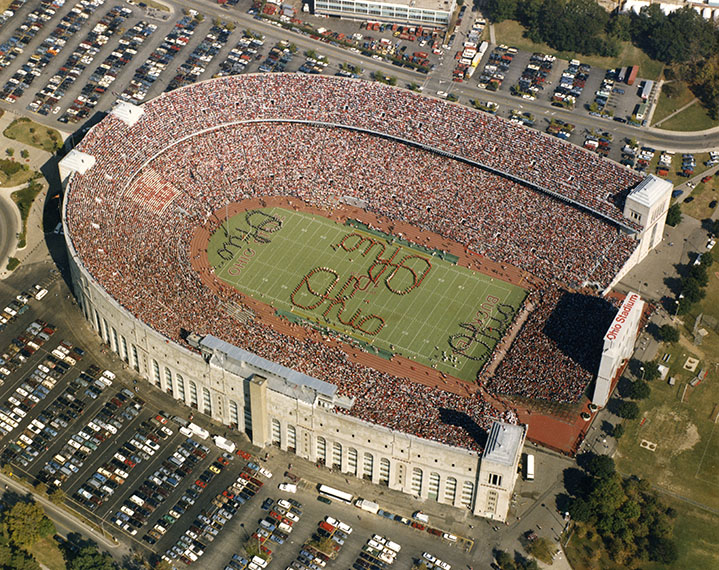 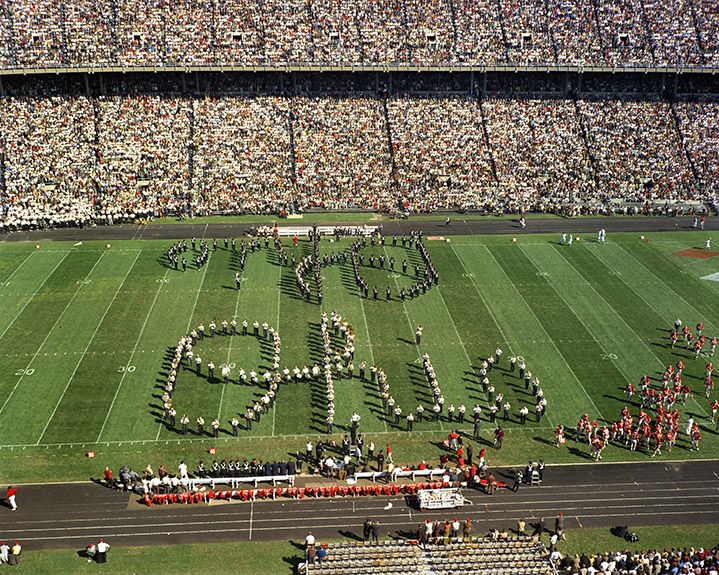 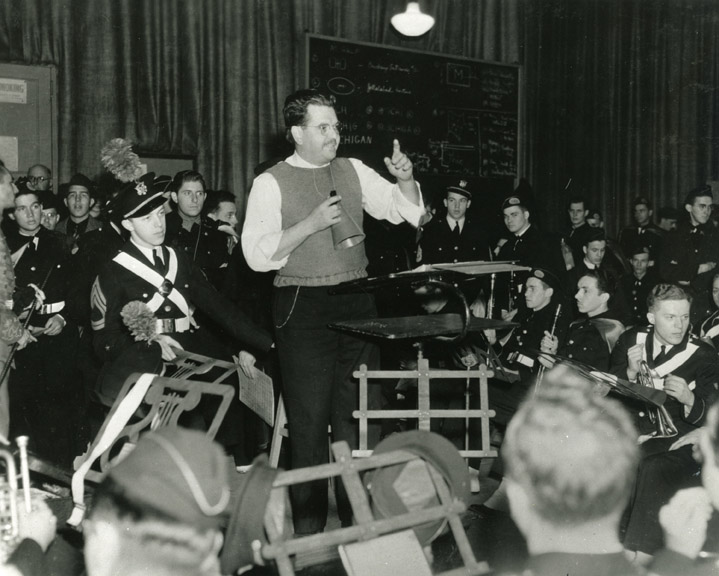 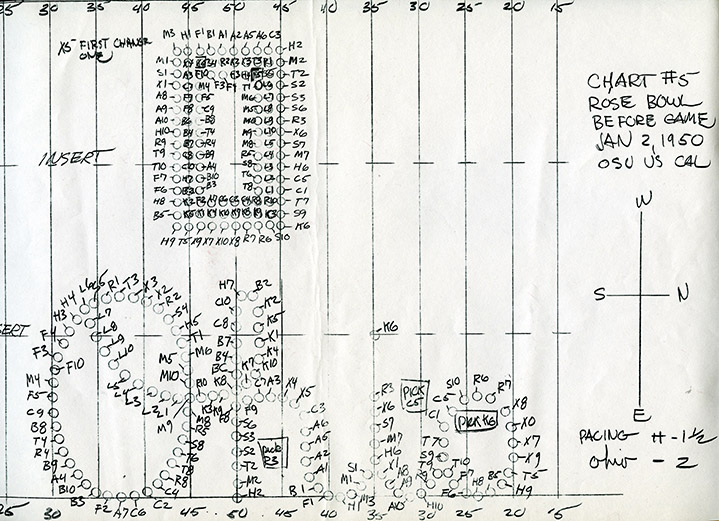