Where I live: Atlanta

Whatever you fancy, chances are Atlanta has it. And then some.

Maybe all roads (and flights) don’t lead there, but many Buckeyes’ paths do take them to Atlanta, a fast-growing metro area where 37 percent of residents are not Georgians by birth.

“Atlanta is a melting pot of cultures, ethnicities and people who have moved here,” says Mark Eppert ’88, chief financial and administrative officer for Coca-Cola and a member of the alumni association’s board of directors. “That’s one of the things that makes it so special.”

A transplant from the Cleveland area, Bonnie Daneker ’89 moved to Atlanta in 1992 at the urging of a fellow Buckeye, “knowing the weather would be nice and the job market, of course, was really vibrant.” Today, she owns a literary consultancy, Write Along With You, and is president-elect of the Georgia chapter of the National Association of Women Business Owners.

“I looked at it like a version of Gotham City,” Daneker says of her first impression. “There were beautiful high rises, a lot of metal and a lot of glass. It was just gorgeous.”

The Summer Olympics of 1996 accelerated the city’s growth, creating an economic shot in the arm estimated at more than $5 billion. “Atlanta was already a prominent player in the South, but the Olympics turned us into a global city,” says advertising agency chief Jeff Kamin ’72, who also serves on the alumni board and as treasurer of the Alumni Club of Atlanta. “Our entertainment industry is being called the Hollywood of the South, because the city now serves as the headquarters of many production studios and filming locations.”

Not only is Atlanta a city of movers, it also is home to shakers. Coca-Cola, Delta Airlines and Home Depot are among 15 Fortune 500 companies based in the city.

“With all the business growth down here,” says Daneker, “there is a joke that our state bird is the crane — the construction crane.” 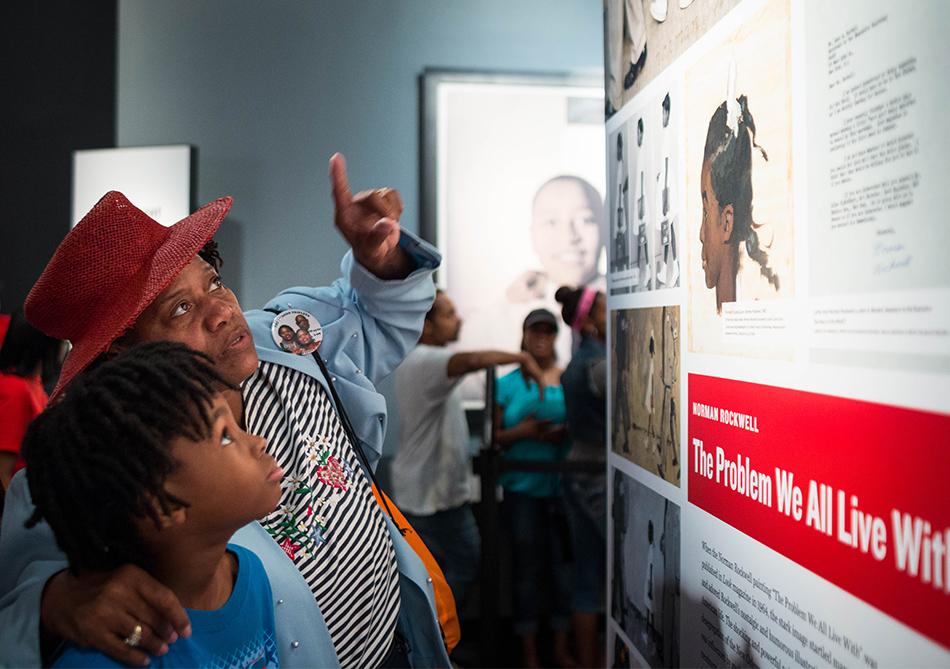 Atlanta is home to the National Center for Civil and Human Rights, one of the city’s most popular attractions.

Tamira Moon ’01, ’04 MPH, who directs the Georgia Department of Public Health cancer program, lives minutes from Hartsfield-Jackson Atlanta International Airport — the world’s busiest, with more than 100 million passengers passing through each year. That also puts her close to the Porsche Cars North America headquarters and development track, where you can watch cars race from the rooftop terrace of the adjacent Solis boutique hotel.

A fast car won’t do you much good in a city also known for its traffic, but many of Atlanta’s most famous attractions are downtown, within walking distance of one another.

“Sometimes it’s surreal,” says Christopher Perry ’93, a producer for CNN. “One of the great things about working at CNN is that you are right in the middle of what’s happening.”

This “middle” includes the World of Coca-Cola, where you can sample 100 Coke products;the Georgia Aquarium, which literally puts you among sharks; the Center for Human and Civil Rights, where the alumni club hosted an event last year; CNN Center, with studios open for tours; and the College Football Hall of Fame, where a certain team figures prominently.

Centennial Olympic Park shares the neighborhood with those attractions and is just a short jog from Piedmont Park, known for its festivals and concerts.

While so much of Atlanta’s newness is eye-catching, history is all around, ingrained in everyday life.

The city’s heritage — from the Civil War to the civil rights movement and beyond — is on perennial display. As Perry notes, “You are reminded constantly that you are in a location that has a lot of history in it, important history.” 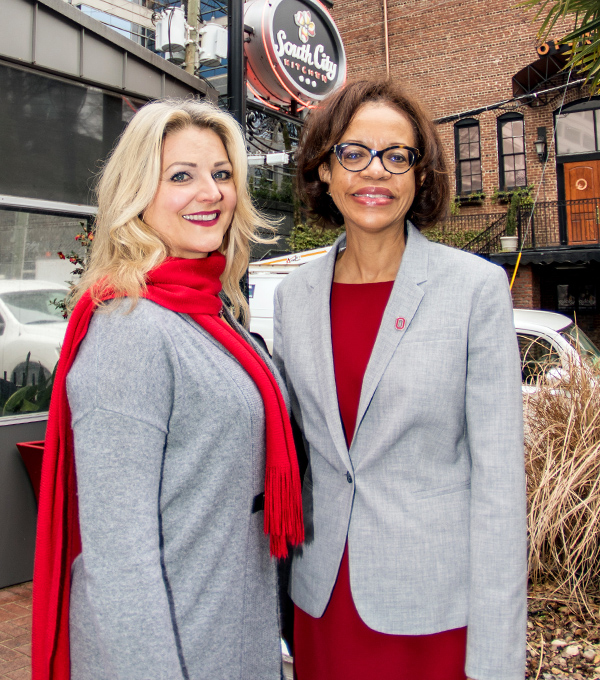 The Chamblee suburb, with a large immigrant influence, has come to be known with affection as Chambodia. “There are wonderful Vietnamese, Malaysian, Cambodian and Korean restaurants and shops all up and down this street,” Daneker says.

Mark Eppert recommends the historic suburb of Roswell, about 20 miles north of downtown. Among his favorites are Vin25, a wine bar and bistro; Rice Thai Cuisine for Asian delights; Little Alley Steak; and The Whiskey Project, where you can choose a barrel-aged Manhattan, a Louisville Smash or an Osaka Nightcap.

When your crew’s tastes vary, Atlanta offers two food halls with something for everyone: Krog Street Market, near Inman Park, and Ponce City Market, in the historic Fourth Ward. Housed in a 1920s warehouse, Krog Street boasts stalls of produce and prepared food along with 16 restaurants. Ponce City occupies an old Sears, Roebuck & Co. building and, in addition to eateries, includes a shopping mall.

For live tunes while you dine, Tamira Moon recommends Sage Woodfire in Buckhead. “They just have so much on the menu, and they have live music, so the vibe is just really nice.”

Get a clue!
Raise your pens for this alumni-themed crossword filled with some of the sports figures, intellectuals, artists and business minds who got their start at Ohio State.
Link to Get a clue!

Get a clue!
Raise your pens for this alumni-themed crossword filled with some of the sports figures, intellectuals, artists and business minds who got their start at Ohio State.
Link to Get a clue!