How a letter led to love

Fritz Meyers’ 1949 letter to his alumni magazine led to marriage, family and a life colored by Ohio State.

The November 1949 issue of The Monthly — as some readers still call the alumni magazine — carried a black and white cover photo of drum major John Criss; a report on student jobs, which paid a starting rate of 65 to 75 cents an hour; and news that 1895 grad Dr. George Heffner had “taken down the shingle” after 53 years in medical practice, interrupted by a single week’s vacation.

But it was word from her friend Fritz Meyers that caught the attention of Mary Melick ’48.

Frederick “Fritz” Meyers ’49, ’52 MBA was fresh out of school with his bachelor’s degree in mechanical engineering when he took a job in Texas. He wanted to let his old crowd know, and he did so with a letter to the editor of The Ohio State University Monthly. 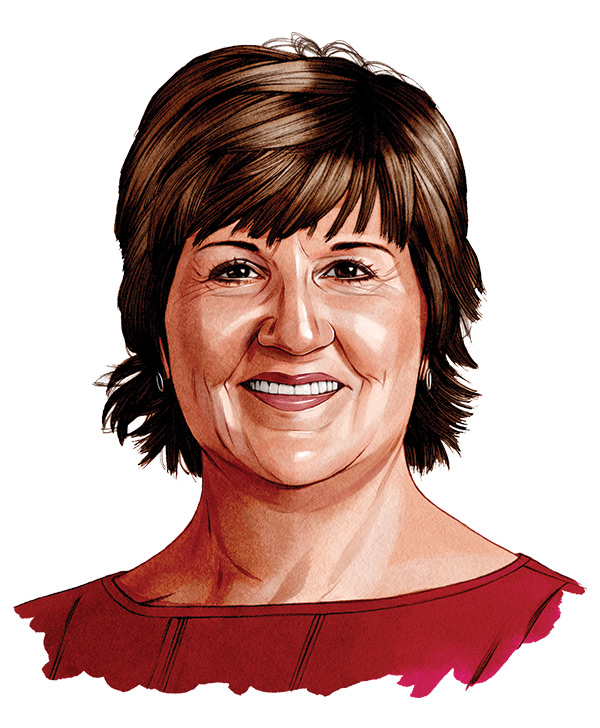 Thanks to Professor Ralph Paffenbarger ’15, ’28 MS, ’30 MS, placement director Lilyan Bradshaw ’26 and the Mechanical Engineering Department, he wrote, “Texas A&M hired me as an engineering drawing instructor, and I am now teaching here. Several of the people on the staff here are Ohio Staters, but as yet I haven’t had the opportunity to meet them all.”

Perhaps he never did make it around to all those other Buckeyes. Fritz and Mary had run in the same circles as students, and his letter prompted her to reconnect. It wasn’t long before a romance blossomed. They were married in 1950.

So here we are 70 years later, reflecting on the Meyers family in Ohio State Alumni Magazine, today’s iteration of the publication that brought Fritz and Mary together so many years ago. Their daughter, BethAnn Meyers Hullinger ’75, reached out in December, three days after her father passed away at age 93. Mary preceded him in 2012.

BethAnn wanted to convey what the university meant to her dad — and what her dad meant to his university.

“Ohio State has lost a Buckeye,” her email read. “He was boosting Ohio State from the moment he stepped on campus in ’45 until his death on Monday.” She went on to list dozens of ways her father was connected with his school, including as senior class president, two-time graduate, inaugural Presidents Club member, scholarship donor and on and on.

Fritz was an engineer and leader at Owens-Corning Corp. for 30 years before bringing his expertise back to his alma mater in 1982 as an engineering professor and later department chair. He launched programs and wrote textbooks. Among many honors, he earned the Alumni Award for Distinguished Teaching in 1994.

Ohio State ran in the family. In addition to his wife and daughter, Fritz was proud that his mother, Florence Pyle Meyers, had earned bachelor’s and master’s degrees from Ohio State.

I took an interest in many of the stories BethAnn shared about her dad when we met for coffee a few days later. But it was her enthusiasm in telling them that stood out most. Her father always made sure to tell people what their efforts meant to him or others. It was her turn to champion her dad, as he had many others through the years.

“For a lot of people,” she said, “Ohio State becomes one of the most important parts of your life — and it was for my dad and mom.”