From lab bench to bedside

An Ohio State research team’s discoveries are creating solutions for patients today and hope for the millions of people who will follow.

The prospect of long-term poor health is a part of daily life for people who suffer from persistent atrial fibrillation.

Atrial fibrillation, or AFib, is an irregular heart rate that occurs when the top two chambers of the heart, or atria, beat chaotically and out of sync with the lower chambers. Patients experience palpitations and often feel lightheaded or fatigued. These episodes, which affect at least 2.7 million Americans, greatly reduce patients’ quality of life and can lead to stroke.

When medications fail or are poorly tolerated, AFib is treated with ablation — the surgical destruction of areas in the heart causing the arrhythmia — but this doesn’t always work for patients with persistent AFib.

Hummel has a patient who twice had ablations, and both procedures failed to halt the arrhythmia. Scientists have been desperate to better understand the heart’s structure and electrical patterns in order to eliminate arrhythmias, and most research has relied on the use of animal heart models.

“But animals are not humans, and it always raises the question: Is it applicable?” Hummel says. “That’s where Dr. Fedorov’s research comes in.”

For the past five years, Associate Professor Vadim Fedorov and his team in the university’s Davis Heart and Lung Research Institute have been experimenting on diseased human hearts from patients undergoing transplants or from the nonprofit organization Lifeline of Ohio. They have worked on more than 130 such hearts to date.

After a heart is removed, Fedorov and his team keep the atria alive for 12 hours using constant perfusion of the coronary arteries with a specialized solution. They conduct a series of experiments, including tests on heart activity to pinpoint possible arrhythmia. For this, fluorescent dye is injected into the atria, and infrared light illuminates electrical activity. The researchers then use four light-sensitive cameras to take high-resolution images mapping the heart’s 3-D electrical activity.

“With 3-D, we can see through it and determine where the AFib fingerprint is,” Fedorov says. The clear, rich images produced by this novel research can give physicians a better view of the electrical movements of a heart to determine how best to target, treat and cure even persistent arrhythmia. This 3-D mapping using human hearts is being done only at Ohio State, he says.

“It is literally bench here to bedside there,” Fedorov says, pointing from his laboratory toward Ross Heart Hospital.

The American Heart Association, including the Columbus-area Great Rivers Affiliate, and the National Institutes of Health are funding the research. A clinical trial is now beginning with patients diagnosed with AFib and candidates for ablation. It is led by Fedorov, Hummel and Orlando Simonetti, director of cardiovascular MRI and CT research and the John W. Wolfe Professor in Cardiovascular Research.

The scientists will first use an MRI to capture a 3-D view, followed by basket catheter mapping to see if the combination improves outcomes. So far, that’s been the case.

The patient with two failed ablations tried this experimental combination developed through Fedorov’s research, and the arrhythmia was finally terminated. He has been AFib free for more than a year. 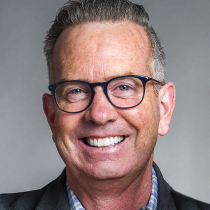 Near and dear to his heart