Josh Bergman ’95 and his wife, Laura, love exploring the St. Louis City Museum with their kids, Ellie and Rex.

Where I live: St. Louis

Scoop up the family and head for the Gateway City. Your Buckeyes will feel right at home.

Maybe it’s because St. Louis is cradled by a gentle bend of the Mississippi River and nurtured by Midwestern values. Or perhaps it’s that the city is packed with unique and intriguing attractions, many of them free. Whatever the reason, Ohio State alumni have found the nation’s 19th-largest metro area to be a family-friendly locale to call home.

“One of our favorites of all time is City Museum,” says Josh Bergman ’95, speaking for his wife, Laura, and their kids, 7-year-old Ellie and 5-year-old Rex. “That place is just mindboggling.”

Bergman is describing a downtown treasure that is part funhouse, part playground and part architectural marvel — all constructed of reclaimed materials found within the city. Oh, and there’s a Ferris wheel on the roof.

The Gateway Arch also inspires child-like enthusiasm in Bergman, who graduated with a mechanical engineering degree. He’s been up in the St. Louis icon at least a dozen times. “Nobody had ever constructed anything like that before,” he says. “It blows us away every time. I want to keep that feeling of ‘wow.’” 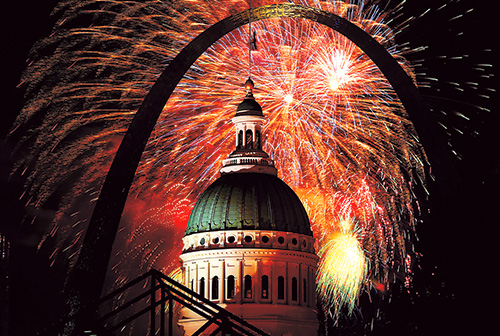 Before the Bergmans’ kids started riding bikes of their own, he and Laura pulled them in a trailer tethered to the couple’s tandem. One of the bike trails they frequented runs past Grant’s Farm, another family favorite. Named for Ulysses S. Grant, who once lived there, the refuge is now owned by the Busch family (as in Anheuser-Busch). The attraction features 900 animals — including the Budweiser Clydesdales — and a beer garden, of course.

“People can take their family and have a great time — have a picnic lunch, play baseball, do whatever — at Forest Park and the zoo without spending any more money than to pack their lunch,” says Linda Bryant ’68. “I say that’s a family-friendly town.”

Steve Bolland ’72, president of the St. Louis Alumni Club, sees it that way, too. “There are so many little neighborhoods and little cities. They all just blend together to make up metropolitan St. Louis. That might be one of the reasons why St. Louis is a good place to grow up.”

Not only do children give adults an excuse for visiting such places as the City Museum and St. Louis Science Center, Bergman says they also make it easier to make friends in a city where it seems a lot of people have lived their whole lives. The Bergmans moved to St. Louis in 2006, just after repairing their Hurricane Katrina-flooded home in New Orleans. “In the last couple of years, it really has started to feel more like home because we have made friends in the neighborhood,” Bergman says.

Adds Bryant: “There’s a work ethic. There’s a family ethic, which is important. There’s a quiet dignity about people who live here. It’s not a showy town.”

Of course, the nearly 1,800 Ohio State alumni who call St. Louis home make quite a showing at alumni club events throughout the year, from game watches and Big Ten trivia challenges to service projects at an area food pantry. And here’s another outing that’s become a tradition in the past few years: Whenever the Ohio State men’s volleyball team plays Lindenwood University in nearby St. Charles, upwards of 50 alumni and their family members turn out for the matches.

Alumni — and future Buckeyes, for that matter — are never shy about showing their school spirit here. Judy Simon ’68 remembers being in a park a few years ago with her then-6-year-old grandson Adam. He shouted “O-H” to a “really big guy” wearing an Ohio State jacket, who responded with a hearty “I-O.” That man, Simon says, was Orlando Pace, a Buckeye lineman of the 1990s who played 12 seasons for the St. Louis Rams. Pace still calls the city home.

Where to dine in St. Louis

Linda Bryant ’68 has a simple approach to life in St. Louis: “Learn in a fun way and then sit down and have a marvelous meal. Food and wine and hospitality are always a big part of what we do.”

With its many parks and museums, St. Louis has that first part covered, and with food options that range from frozen custard to the fare of James Beard Foundation award finalists, it’s nearly impossible not to push back from a table happy. 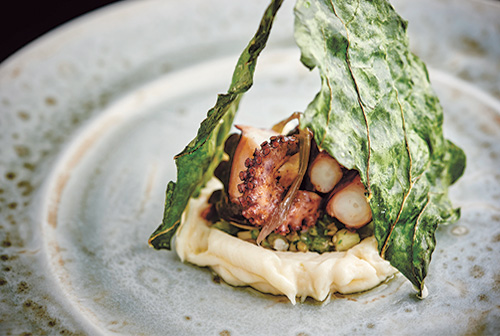 Most discussions of St. Louis cuisine start with barbecue, especially for the family of Sissel Wang ’16. Whenever her dad visits, he likes to “go get BBQ ASAP,” she says. Wang recommends Salt and Smoke, where you can even buy your St. Louis barbecue by the pound.

For Kurt Furlong ’90, you can’t get much more convenient than the BBQ Saloon, right across the street from his home in Central West End. “The smoker is actually sitting out on the sidewalk, and I would say 20 hours a day it’s smoking.”

Cap off the day at Ted Drewes Frozen Custard. “It’s been around forever and ever,” Judy Simon says. “It’s just an outside place. You stop in after the baseball game or the symphony, and there are people lined up.”

Connect with an alumni club or society where you live.