Lessons of the journey

When we’re able to hit the open road again, we’ll be equipped with insights from this grand pair. Until then, their travel pics inspire us.

Unlike her grandson Brad Ryan ’16 DVM, ’17 MPH, who had seen much of the world by the time he was 25, Joy Ryan did not lay eyes on an ocean, a desert or a mountain before her 85th birthday. It was around then that these unlikely travel buddies embarked on the road trip of a lifetime — a gift they have given each other.

In the past five years, the Ryans have visited 53 of the 62 U.S. national parks, leaving only eight in Alaska and one in American Samoa to complete the circuit. They have traveled some 40,000 miles through 41 of the lower 48 states, Hawaii and the U.S. Virgin Islands on ambitious treks from their homes in Duncan Falls, Ohio, population 900 on a good day.

The journey began during Brad Ryan’s fourth year in Ohio State’s College of Veterinary Medicine. He was struggling with depression, and for him, nature always had been a reliable antidote. Joy Ryan also knew what sadness could do to a soul. She had buried two sons, five months apart, as well as her husband. She was up for a joy ride. So with one phone call and a seven-hour drive, these two tenacious spirits had reached their first destination: Great Smoky Mountains National Park, where they set up their tent for the first time at night in a downpour.

We caught them on hiatus, waiting out the pandemic like so many of us. The break has given them time to share these lessons from the road (and Brad time to work on a book about their adventures). Until all of us can travel safely again, Grandma Joy and Brad Ryan give us the chance to travel vicariously through their photos and takeaways. Enjoy the trip.

1. Try traveling outside your comfort zone

Brad and Joy: The national parks are a gateway to the world! We met people from different cities, states and countries. Many of us didn’t speak a common language, but we shared a common experience, and it made all the difference. If you don’t travel outside your comfort zone, then the world is a very scary place. It’s not an abstract idea, this concept of universality: We are all part of one human family.

2. Slow down and take time to enjoy life

Brad: My grandmother’s living in the moment in a way that I never knew how to do. Watching Grandma Joy tap into her inner child as she rolled down a sand dune at Great Sand Dunes National Park and Preserve inspired me so much. It helped me to slow down. I have always been focused on goals, like climbing the mountain.

But sometimes it’s not about the epic views. It’s about enjoying those little moments on your way to the summit, too. 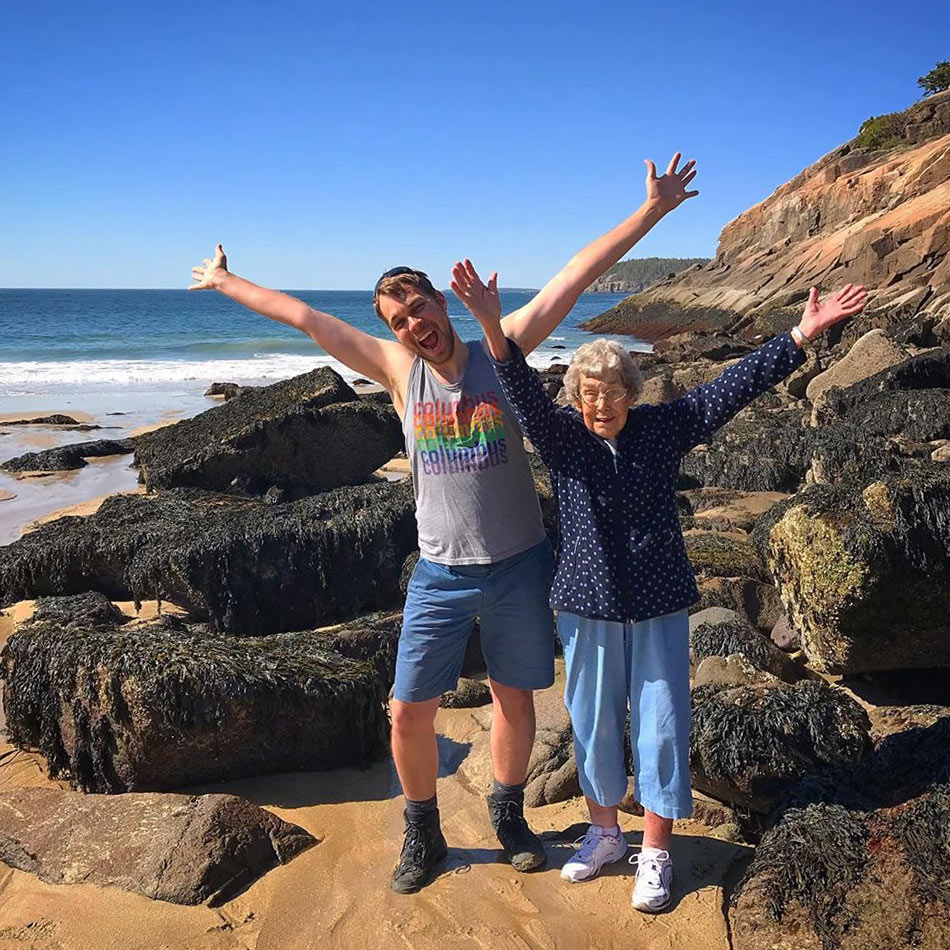 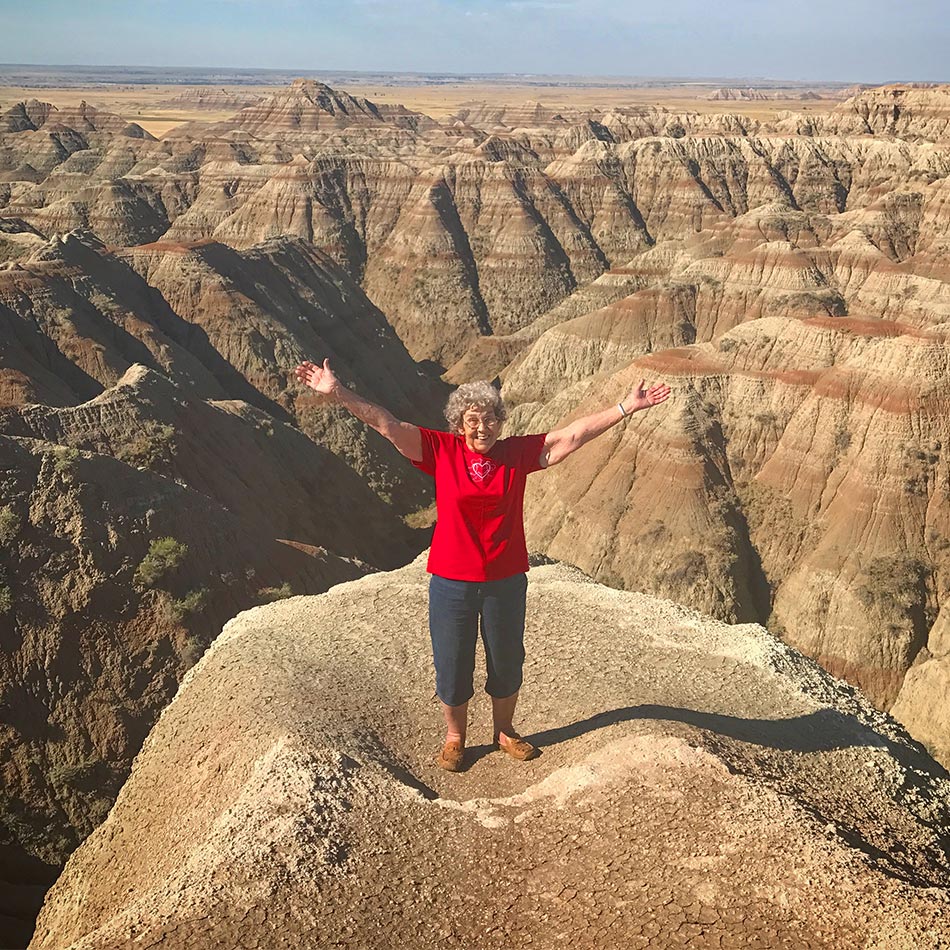 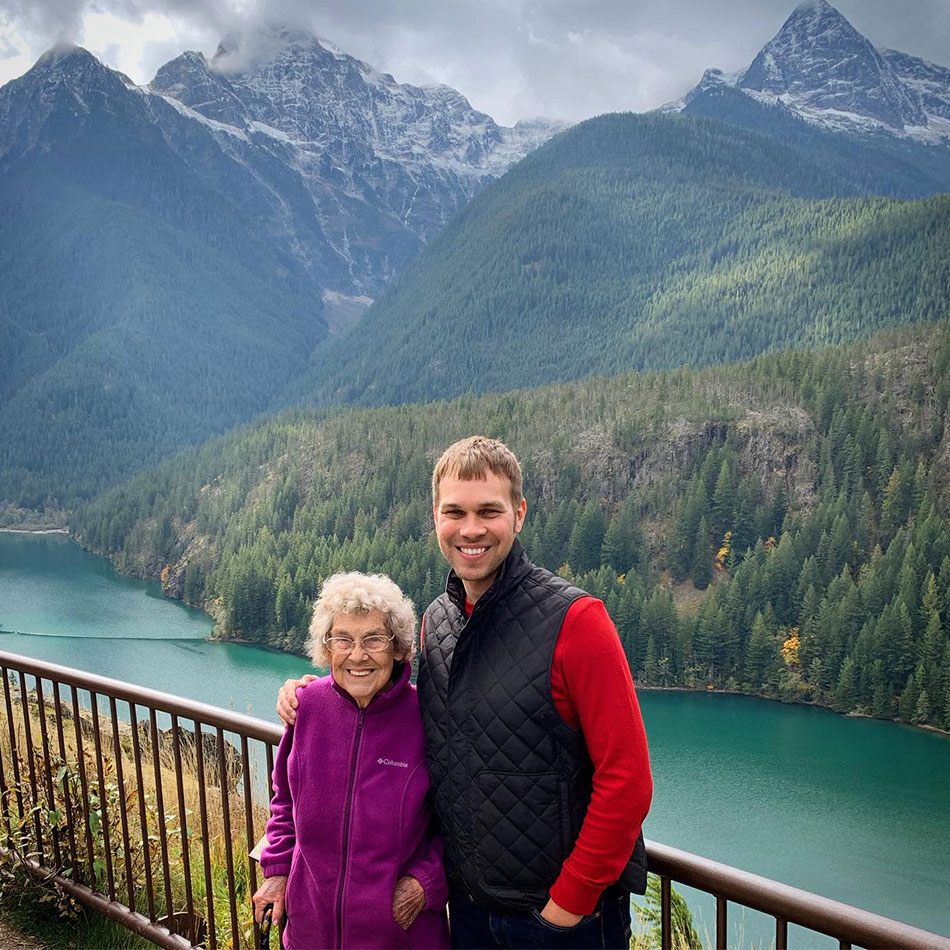 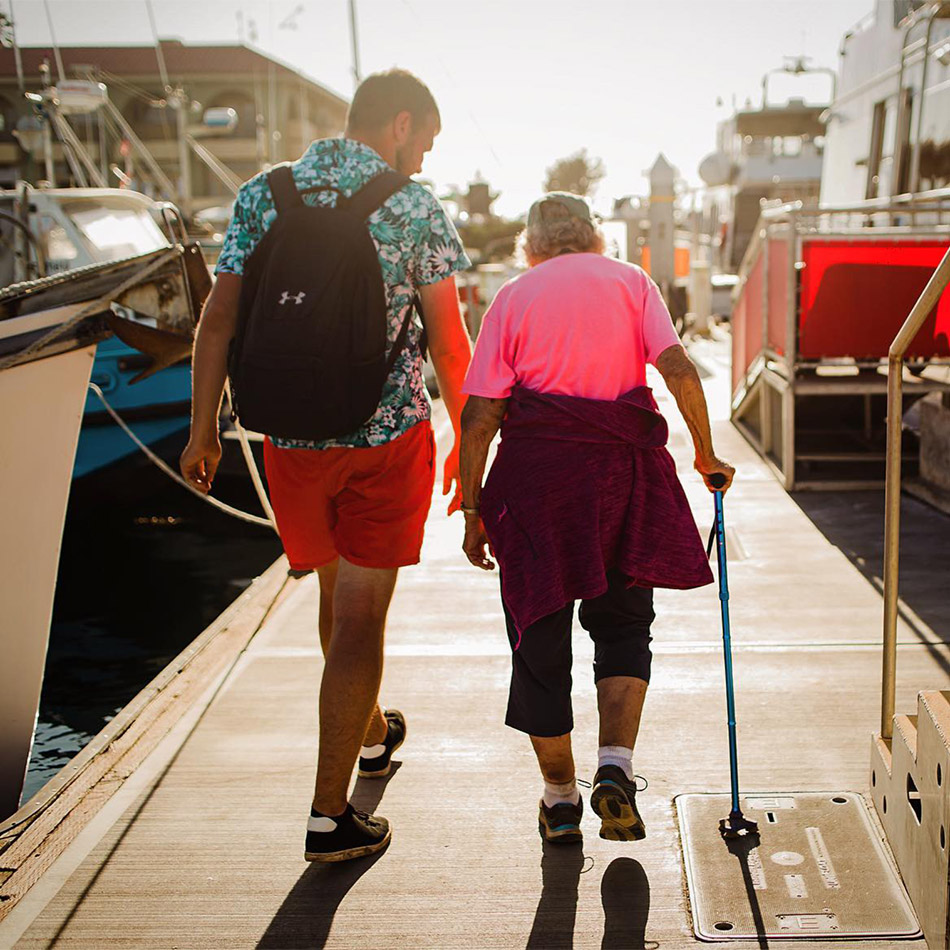 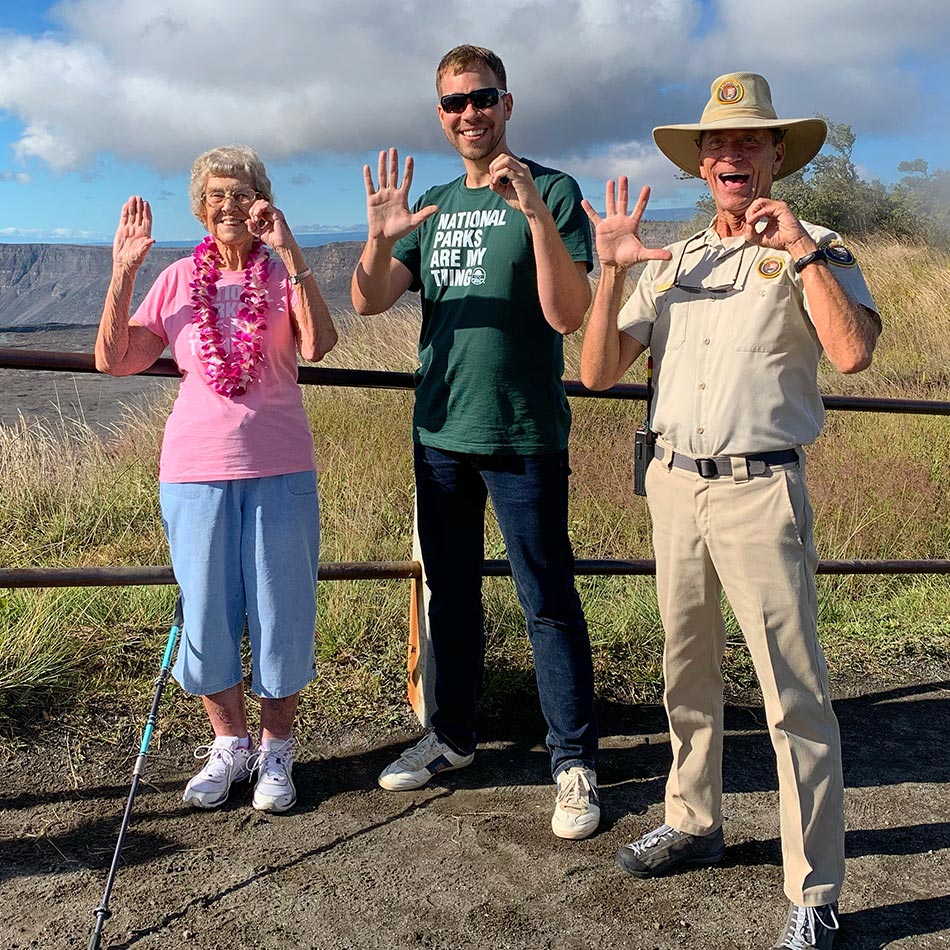 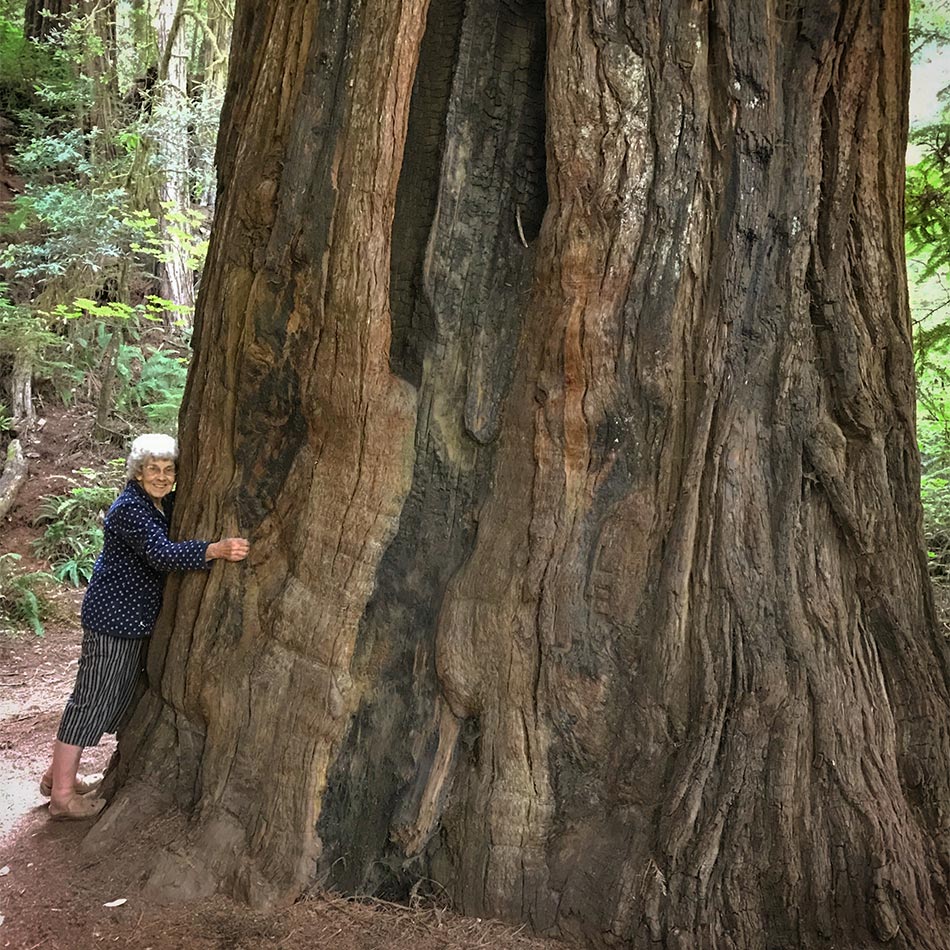 3. Use the great outdoors as a connection point

Joy: When you’re in the parks, you don’t talk about politics or religion. You just talk about the beautiful things you see and the wonderful people you meet. We need to see the humanity in each other and realize that kindness is the universal common denominator.

Brad: When you’re standing in the vast outdoors, you realize we’re all part of one universe in a rapidly fleeting nanosecond of time. We should seize every opportunity to connect with those around us while we still have breath in our lungs.

4. View the world through others’ eyes

Brad: Sometimes it wasn’t what Grandma Joy said, but the look in her eyes that conveyed what she was feeling. They were in a constant state of wonder and awe. We’ve had beautiful, epic moments like being trapped in a bison herd for four hours at Yellowstone, being charged by moose, walking through the redwood trees, watching the sun rise over the Grand Canyon.

I loved seeing these things through her eyes; it helped me experience joy and wonder and peace.

Joy: You just have to keep going, one foot at a time. And sometimes along the way, if you’re paying attention, there are magical moments that lift you up.

Brad: There’s nothing that the human spirit can’t endure, and nature and the open road are the best healers. My grandmother taught me that we have the ability to choose joy.

6. Embrace the perks of being an adult

Brad and Joy: A lot of the national parks offer accessibility guides, and many have wheelchair-accessible trails as well as trails that are easier for older adults to walk than challenging, hilly climbs. Also, the America the Beautiful senior pass for people 62 and older covers entrance fees at national parks and wildlife refuges and offers lots of discounts. 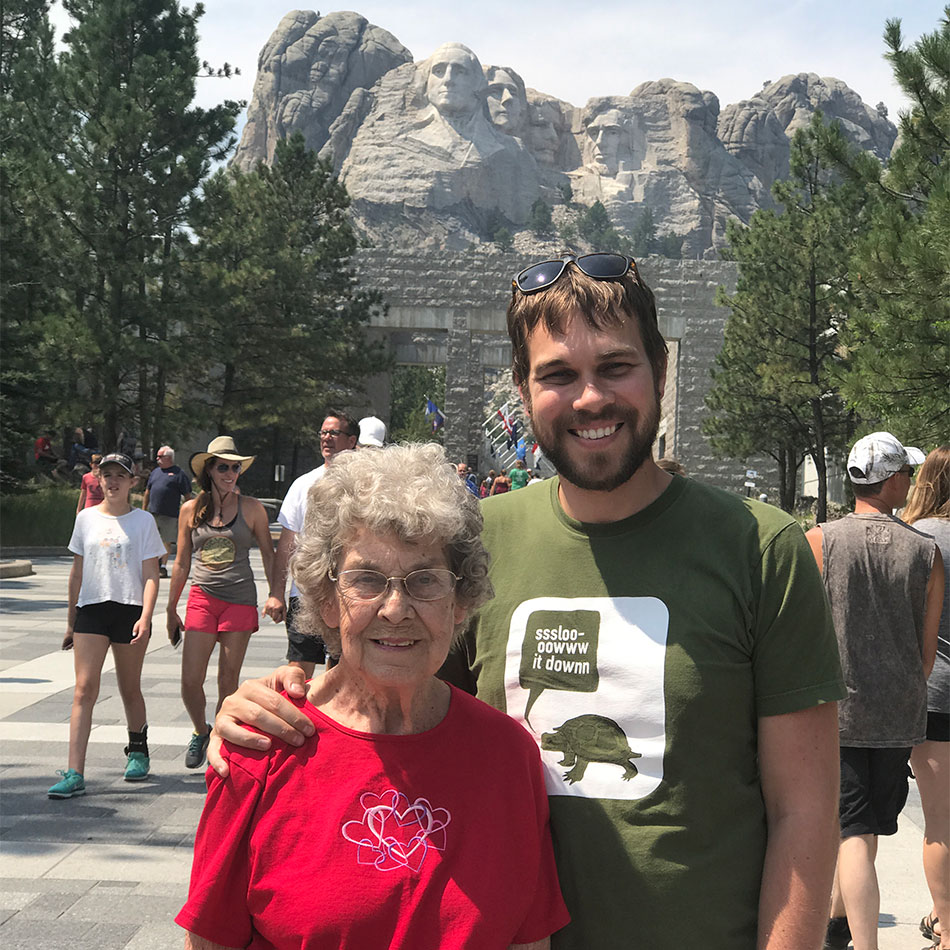 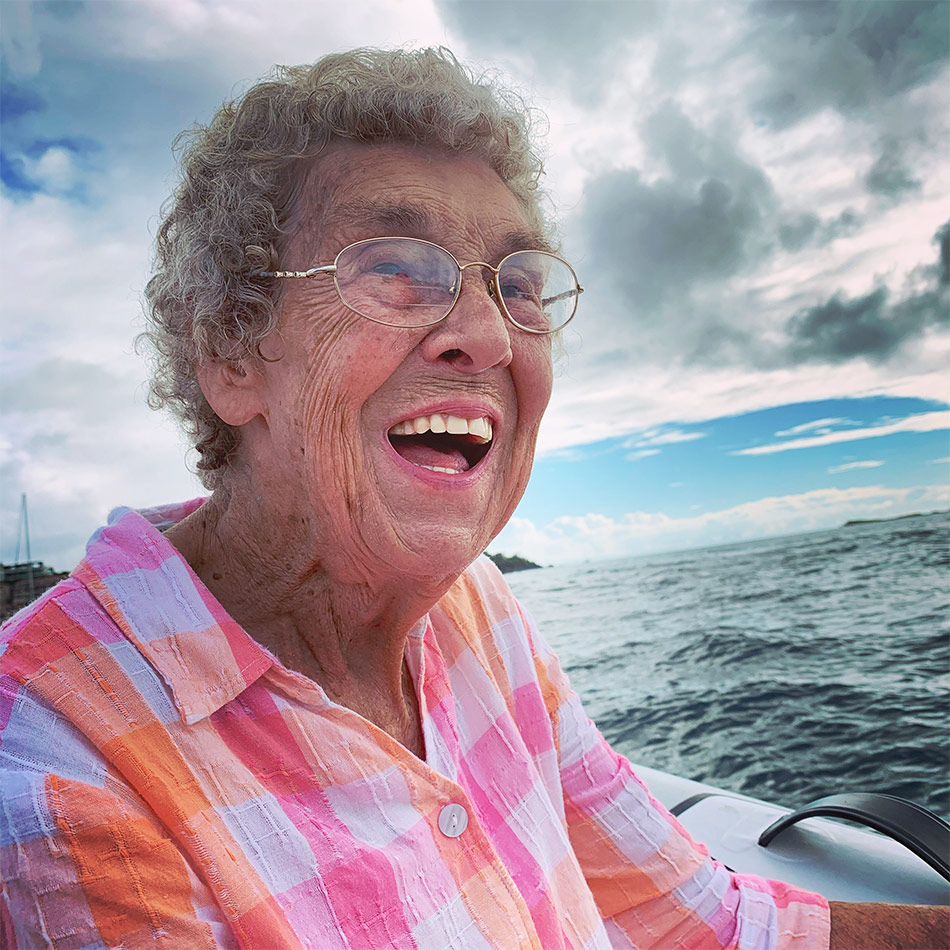 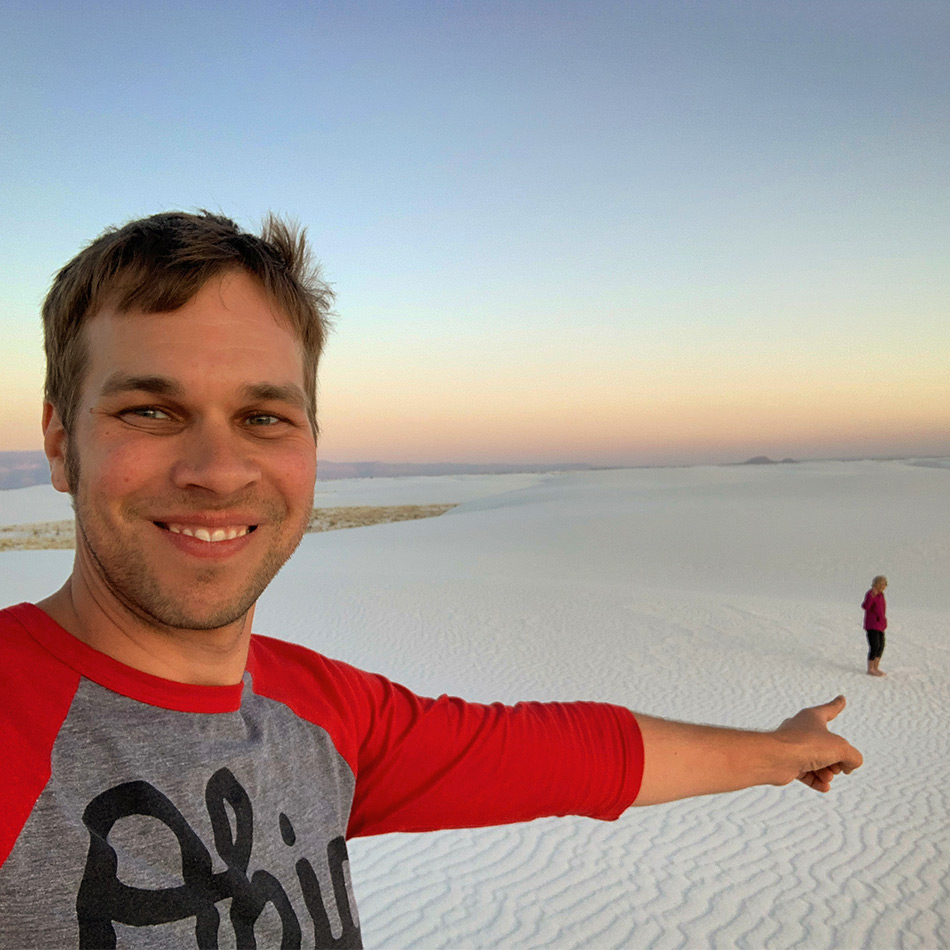 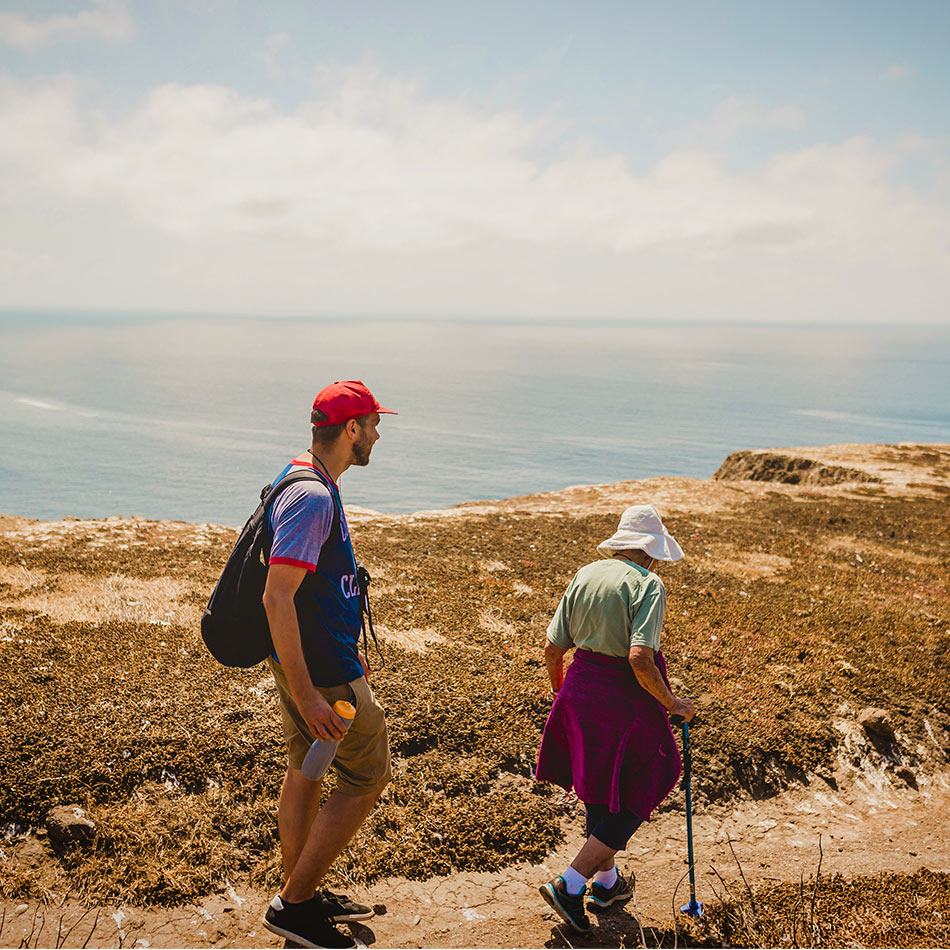 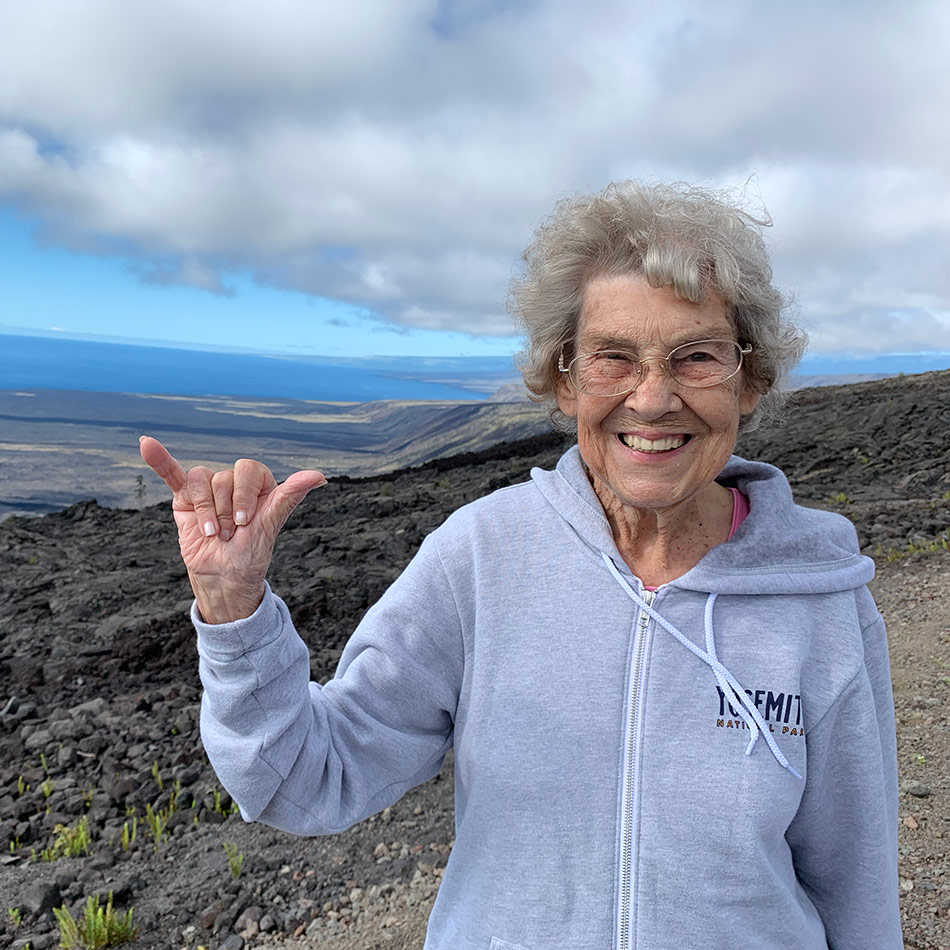 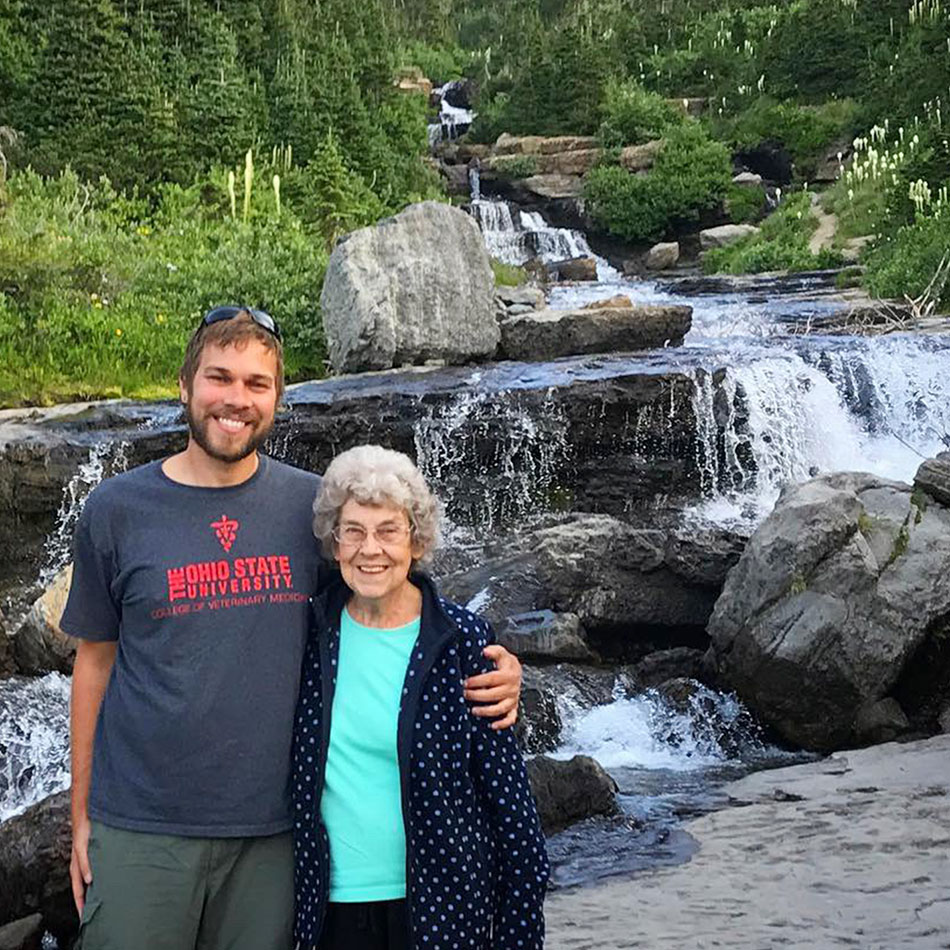 7. Give tenacity a try, no matter your age

Brad: My grandmother redefined what it means to be an octogenarian — and now a nonagenarian (she turned 90 in March). She’s always willing to try something new; if it doesn’t work out, then move on.

Joy: Age isn’t something to fear. Getting older and dying are very natural things. It’s what you choose to do along the way to make memories that bring you peace and joy. I don’t want to die sitting in a chair; I’d rather fall off a mountain
or something.

Brad: Grandma Joy’s philosophy is to be unafraid to try something new. I think that’s a wonderful way to look at life.

Joy: It doesn’t hurt to try something once. If you fail, so what? At least you tried. At 90 years old, I don’t want to have any regrets. I don’t have to wake up and wish I’d done this or tried that. Now I’ve actually done them!

9. Show our world how much you care

Brad and Joy: All of us need to have an environmental ethic, to support and advocate for our parks, waters and public lands. We need to inhabit these spaces with a sense of reverence and respect and be good stewards. They are irreplaceable. Just by visiting and exploring a park, you are providing support. By purchasing a day pass or an annual America the Beautiful pass, you can make a difference.

10. Remember, we are all in this together

Joy and Brad: We’re hearing from people who say they’re not going to waste another day or that they’re planning to take their mom or grandma on their next vacation. That’s really powerful. We’re really proud that not only did we help start that conversation, but we started it in the face of a lot of sadness. [The Ryans’ story captured attention on social media in August 2019, just as Americans were absorbing the news of two mass shootings within 13 hours.] You never know when and how your decisions and actions may inspire others to approach their lives differently.

Elizabeth Tarpy Alcalde is a lawyer and freelance writer in Columbus.