When and how Ohio State responded

Though it’s been only a few months since COVID-19 became a household term and a phenomenon that would affect nearly every aspect of our lives, it’s hard to remember what happened when and in what order. This timeline is a reminder and a record of how Ohio State responded and how those actions happened in proximity and relation to events around the state, nation and world.

China’s government confirms Wuhan residents are being treated for what is identified as a new type of coronavirus. One month later, the first U.S. case is reported, and the first death from the disease is confirmed by the end of February. The disease, now named COVID-19, had taken hold in the United States.​ 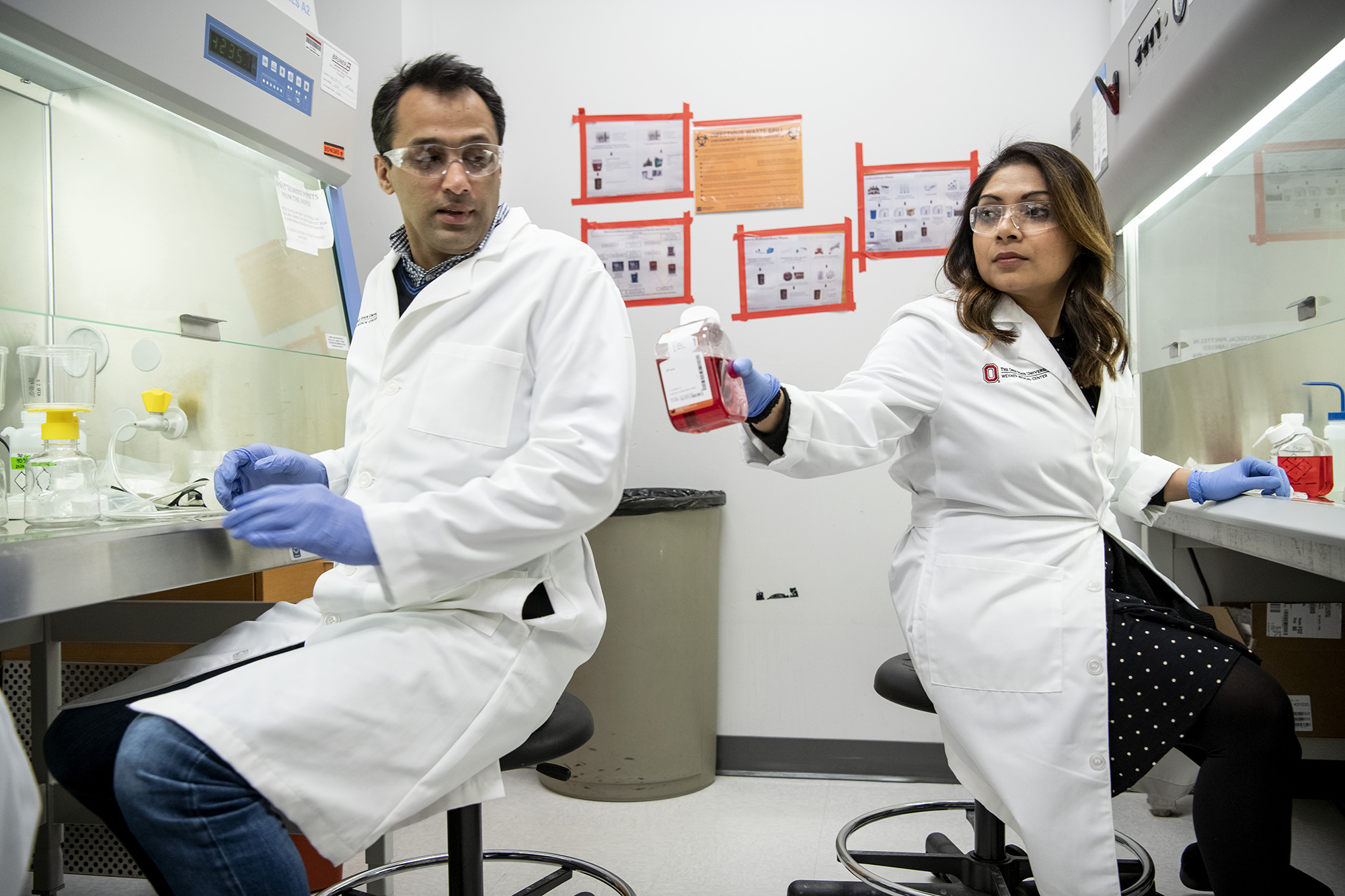 Anasuya Sarkar, assistant professor in the College of Medicine, right, hands a container of virus transport media to fellow researcher Amit Sharma, assistant professor in the College of Veterinary Medicine. The virus transport media — the red liquid in the bottle — is one component in a coronavirus testing kit developed at Ohio State.

The Buckeyes’ spring football game, set for April 11 at Ohio Stadium, is canceled. 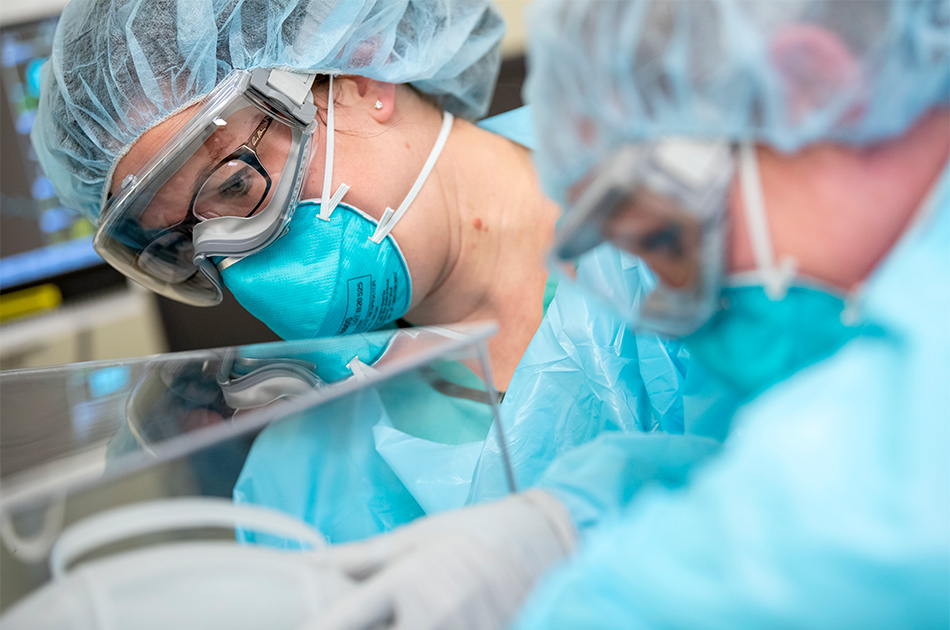 Two health care workers at the Wexner Medical Center demonstrate how to use an enclosure designed to protect them during intubation and other procedures.

The Big Ten cancels all competitions through the end of the academic year, ending the seasons of 26 Ohio State sports. The NCAA cancels the men’s and women’s basketball tournaments. 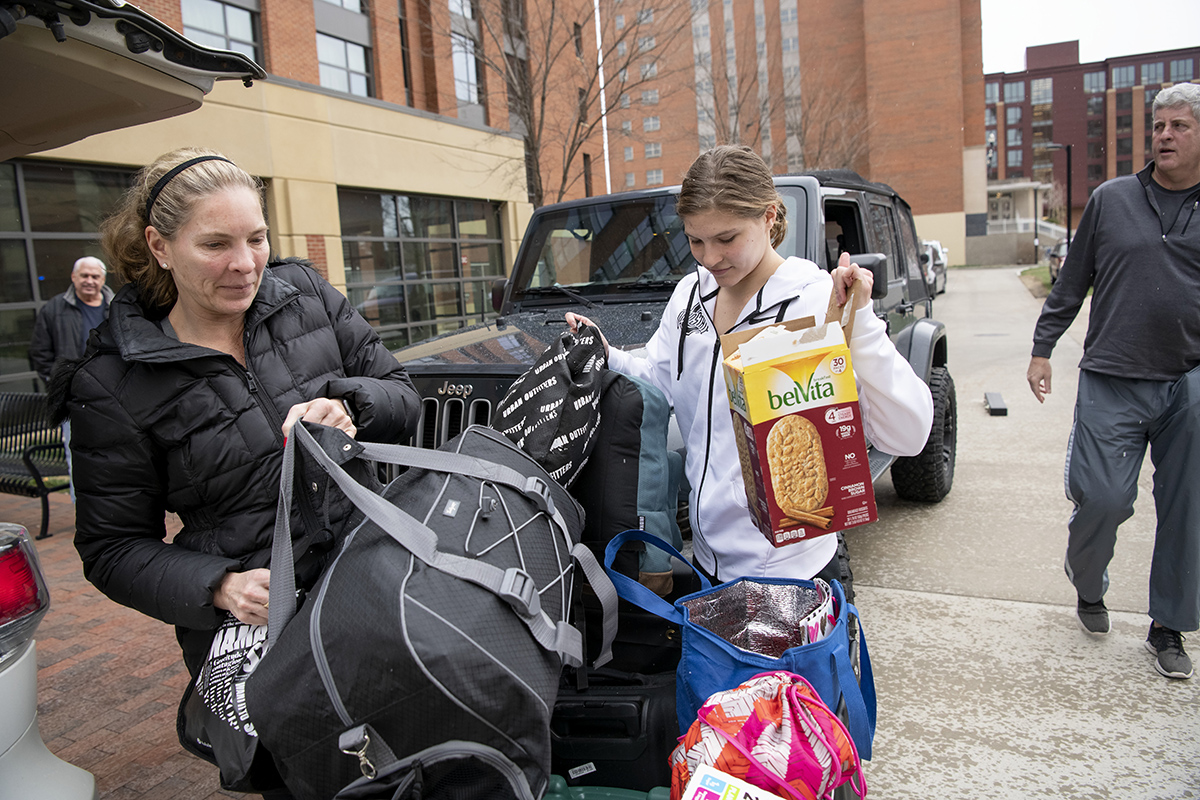 A student moves out of university housing after Ohio State announced in-person classes would be suspended for the rest of the spring semester.

Ohio issues a stay-at-home order. Residence halls close to all but about 1,000 students without other housing options.

The Ohio State University Wexner Medical Center and Battelle develop a diagnostic test for COVID-19 that can deliver results in as little as five hours.

Drake announces plans for a virtual commencement to be held May 3 and pledges that an in-person celebration of the Class of 2020 will occur when it is safe. 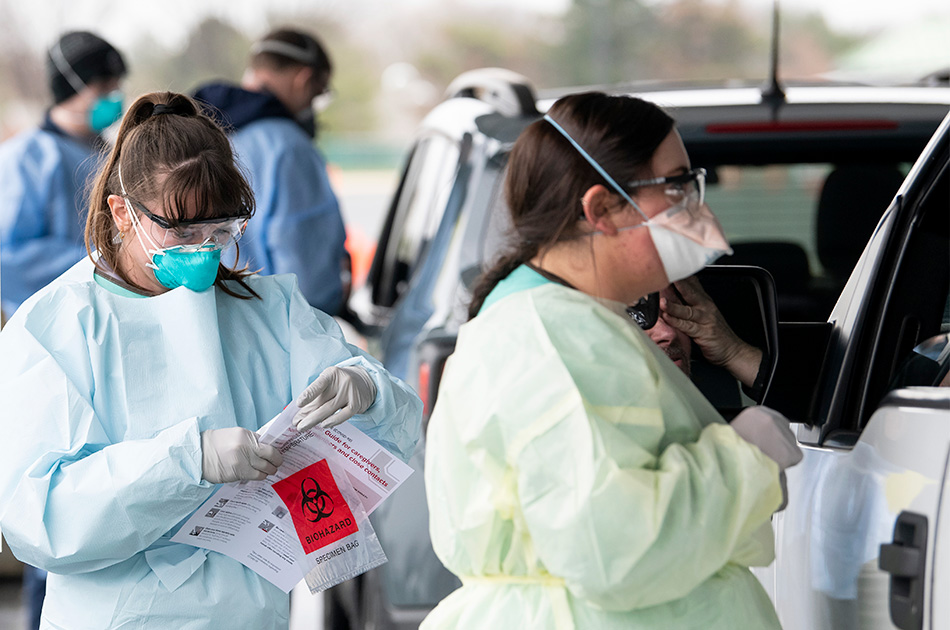 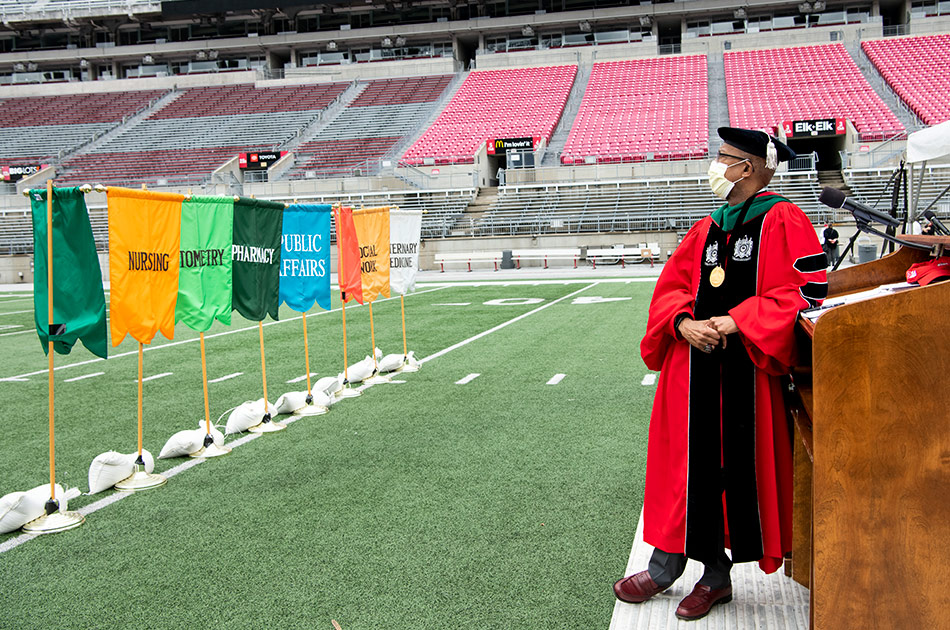 A virtual spring commencement ceremony is livestreamed from Ohio Stadium for Ohio State’s largest-ever graduating class. In all, 12,967 degrees and certificates are awarded.

As of late May, Ohio has paid out more than $3.1 billion in unemployment compensation to more than 644,000 claimants since the crisis began. 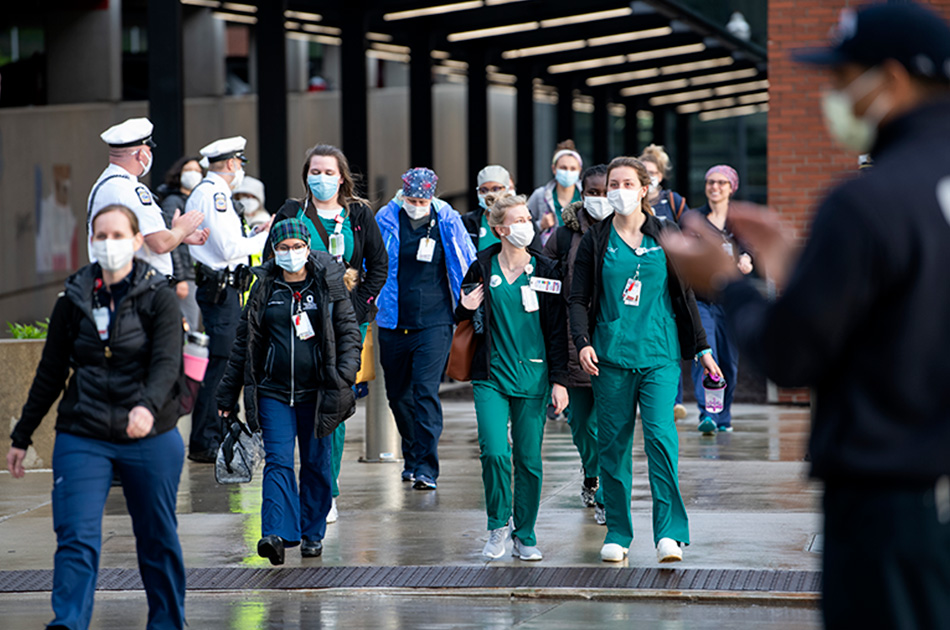 With safety as its main consideration, Ohio State continues to explore options for resuming on-campus operations using a phased approach.