Update: Congratulations to all BuckeyeThon team members, who raised more than $1.6 million in support of families, schools and medical research.

Suraj Hinduja ’14 calls his tenure as BuckeyeThon president the two best years of his life, and that experience at Ohio State still shapes his daily outlook.

“For me, personally, it’s not a maybe that BuckeyeThon is ingrained in me. It’s a fact,” says Hinduja, now chair of the philanthropy’s alumni board. “I’m so grateful that at a young age I found a group of like-minded people focused on working with a worthy cause.”

Other BuckeyeThon alumni also speak of being shaped by their involvement in the largest student-run philanthropic group at Ohio State.

Personal growth has come from the hands-on experience of running the nonprofit, which has raised $6.5 million in 16 years for Nationwide Children’s Hospital. Besides providing leadership opportunities, BuckeyeThon imbues students with a spirit derived from the group’s mission to raise awareness and funds to benefit children with cancer.

“BuckeyeThon allowed me to take my mind and my heart and combine those forces into one and actually go do something with it,” Hinduja says. “That was one of the greatest gifts the university and BuckeyeThon ever could have given me.”

Many alumni are taking what they learned from BuckeyeThon into the world for good purpose. Here are a few examples: 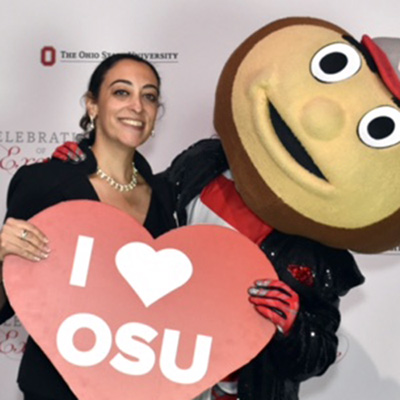 Rosa Ailabouni’s parents taught her about empathy, a value that spurred her idea for BuckeyeThon as an Ohio State undergraduate.

“My challenge was, how to bring together students, faculty and staff for one big common goal?” Ailabouni says.

Her dream became reality in 2002 with the first BuckeyeThon, and her two-plus years working with others on that common cause established core beliefs that would serve her as a businesswoman and community leader for years to come.

“BuckeyeThon taught me to lead with a purpose, to think about the impact a decision makes on people’s lives or on a project,” says Ailabouni, a senior business consultant for Navigator Management Partners.

Ailabouni has traveled the world working with Fortune 500 companies and governments on instituting planning and improving business strategy and process and managing change.

Her busy life — on the job, in the community and as a mother of three — doesn’t keep Ailabouni from giving back to BuckeyeThon. She serves as a mentor for the group’s student leaders each year.

“I’m proud of how the passion and energy of BuckeyeThon continues, and how it renews itself over and over again” says Ailabouni, who also volunteers as a board member of The Ohio State University Alumni Association. 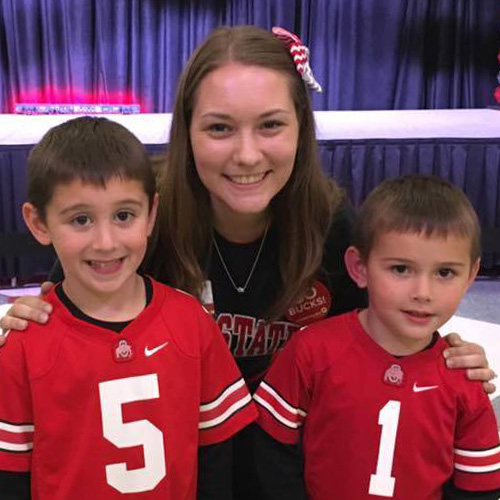 “I fell in love with the cause so much that I can’t imagine not spending every day of my life fighting pediatric cancer,” says Willis, who served as BuckeyeThon’s director of family relations as an Ohio State senior in 2016–17.

Willis is in her first year of medical school at the University of Cincinnati, and her busy days are fueled by memories of BuckeyeThon.

“Getting to spend time with the kids and parents taught me a lot about never giving up and being super tenacious, because the kids have gone through a lot,” Willis says.

One such BuckeyeThon child is Reid Zupanc. Willis’ friendship with the 10-year-old cancer patient and his family is a beacon leading her to the goal of someday working in the hematology oncology department at Nationwide Children’s Hospital.

“They follow their dreams despite barriers in their way,” Willis says. “That has guided me in what kind of doctor I want to be.” 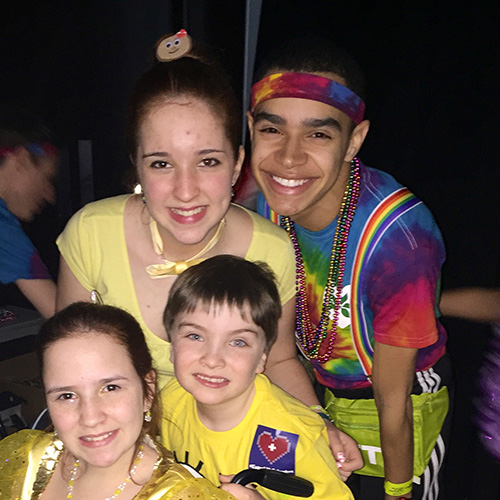 Eizayah Bull had wanted to be a doctor since dressing the part as a child at Halloween, and that was still his intention when he arrived at Ohio State. He veered off that course because of BuckeyeThon.

“Once I experienced it as a participant and understood all the power behind BuckeyeThon, I started to think differently and openly about how I could help people in broader ways,” Bull says.

He switched his major to public health while expanding his perspective and his BuckeyeThon roles from morale captain to director of fund raising.

The latter position helped him develop connections with leadership at Nationwide Children’s Hospital, where Bull now works as associate director of corporate partnerships.

Part of his job is to coordinate fundraising events, including the BuckeyeThon Dance Marathon.

“I think it all circles back to the idea that I’ve felt since I was young — that I wanted to help people,” Bull says. “It’s easy being in this role to see the ways people are helped, especially kids.” 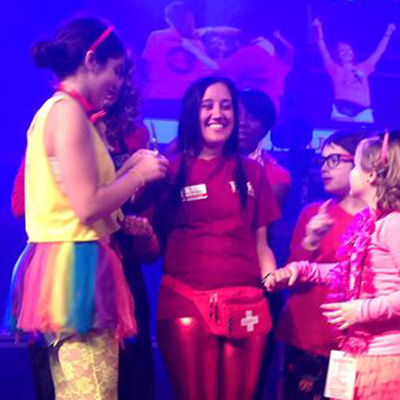 BuckeyeThon taught Olivia Stranges to see the medical world through the eyes of a child.

“That white-coat doctor’s office can be a scary place for kids,” says Stranges, a pediatric nurse practitioner in Smyrna, Tennessee.

Stranges tries to help the children by bringing into a normally sterile room the upbeat energy she experienced at Ohio State’s BuckeyeThon events, where smiles lived.

Stranges, who once envisioned a career as a cancer researcher, is in such an office today because of BuckeyeThon.

“Working with the kiddos and their families and seeing how impactful I can be on the personal side of (medicine) made me want to be in pediatrics,” says Stranges, who will soon graduate from Vanderbilt University with a doctorate in nursing practice. “BuckeyeThon really taught me it’s OK to talk to people about what they don’t want to talk about. They’re going through a hard time, but they’re still human. Just being open and honest with them is huge.”

Donate now to help Ohio State students reach their goal of raising $2 million through BuckeyeThon in 2017-18. While BuckeyeThon's signature event — the dance marathon — is held Feb. 10, the BuckeyeThon campaign lasts a full year.