We were the lucky ones

Buckeye for life John Crawford was — among his many roles — a loyal fan, a dedicated teacher, a sought-after entertainer and talented artist.

John Crawford considered himself “the luckiest guy.” He said so often and, for a last time, in a touching obituary he penned himself. But friends, family and many fellow Buckeye fans will always count their own blessings for having known and loved him.

A 1953 Ohio State graduate, Crawford was well-known for having attended 456 straight home football games in Ohio Stadium. It’s a string he began working on in 1943 at the age of 12. Impressive though that may be, it’s the string of relationships he forged as a family man, comedian, actor, radio and television producer/director, artist, fraternity brother, ROTC cadet, Ohio Stater, cheerleader, Block O field director, tailgate host and teacher that are most compelling.

Ken Kitchen met Mr. C in the latter of those capacities while a student in the radio/TV program at Columbus’ Fort Hayes Career Center. Theirs was a 38-year friendship that grew to include Kitchen’s children, for whom his mentor created a pair of beautiful portraits. He did the same for many friends and relatives, including an iconic one of his hero Woody Hayes. 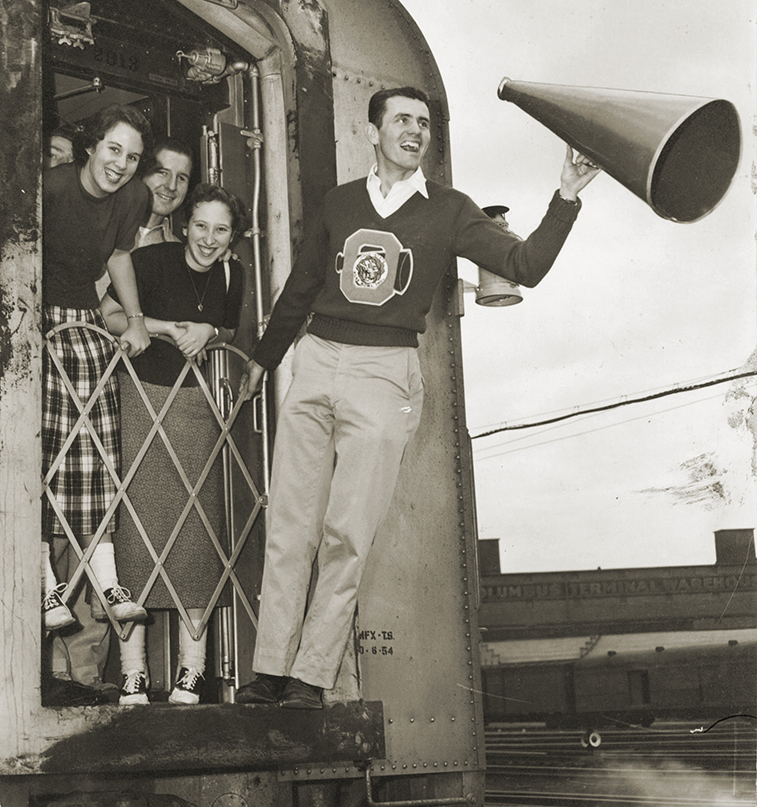 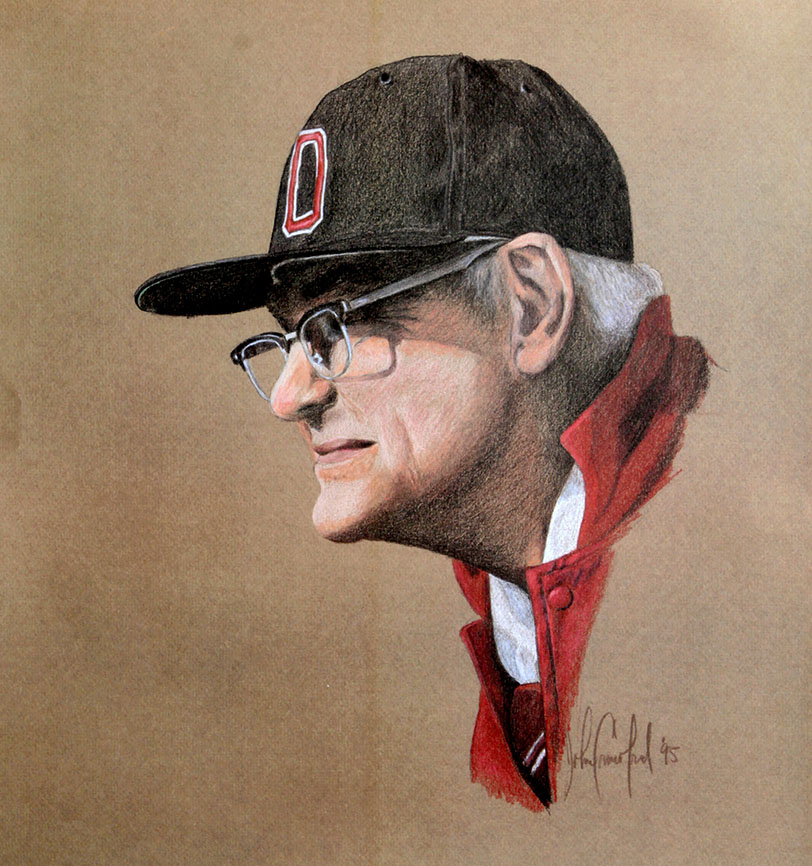 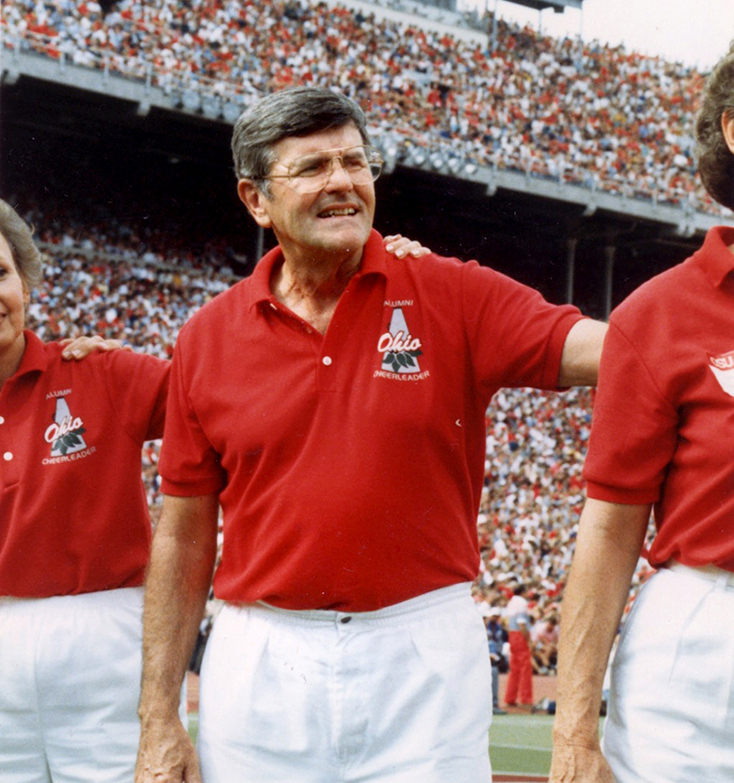 So when Crawford’s fans gathered at the Ohio Union in late August to celebrate his life of 86 years, Kitchen and two friends from the Fort Hayes class of 1981 were among the hundreds attending. (Admirers arrived early and stayed late for the memorial, which John’s brother, Dick Crawford ’59, said could have been held in only one of two places: the Ohio Union or Ohio Stadium.)

Tables lined with keepsakes from Crawford’s life spurred memories and admiration. Among the conversation pieces that afternoon was a five-page letter Kitchen wrote to Harriet Crawford, John’s wife of 44 years, in the wee hours of the morning he learned his former teacher was moving on: “I am so sad about the news, but that sadness can’t overtake the happiness and joy I have for getting the chance to have Mr. Crawford in my life and in the life of my family.”

Surely many share that gratitude for their connection with Mr. C.