It wasn’t long ago that the Los Angeles City Council voted unanimously to support Cat Packer’s appointment as executive director of the city's Department of Cannabis Regulation. This put Packer, a three-time Ohio State graduate, in a position without precedent: head of a government agency that had never existed, handling the contentious, evolving issues of cannabis licensing and regulation, policy and programs. Oh, and Packer was just 26.

“It’s been an interesting ride,” Packer says from her office with its big-window view of downtown LA . “It’s called building the plane while you’re flying in it.”

She gives the thought a good-natured grin, and you can tell this is the way Packer likes to travel: heavy on pioneering and innovation, with a bit of go-first custom engineering. Thriving on intensity — making systems work, and work for her, while in motion — has been part of Packer’s flight plan since her first days as a student at Ohio State.

We caught up with Packer, who now helms a department of 11, to talk about how her Ohio State experience prepared her to pilot one of the most complex and promising startups of today.

That is an awful lot of degrees you have (bachelor of arts in 2012, master of arts and juris doctor in 2015). Three over seven years, two in one year. Tell me you and Ohio State are friends.

Ohio State is certainly a huge part of my story, why I’m here today. My experience at Ohio State gave me a sense of what I wanted to do with my life. I actually started at Ohio State while I was still in high school. It was through a program for inner-city kids, where you could complete your coursework for your last year of high school and your first year of college at the same time. I spent as much of my time as I possibly could on campus. I’d go back to high school to run track, play basketball, go to prom, that kind of thing. But my experience at Ohio State was everything to me, to be around people who were so committed to education. After my senior year of high school, I already knew where I wanted to go to college. I was already there!

You were living it. You knew the work, the other students, the faculty…

I didn’t want other students to know I was still in high school! So it was largely a secret I kept with my professors. I got to be just a student who happened to live off campus.

Yes, and it allowed me to be a very competitive applicant for undergraduate admissions. I couldn’t believe how special it was, the relationship I had with my professors, the interest they took in young people. Leslie Alexander taught African American studies. Her sister, professor Michelle Alexander, wrote this incredible book, The New Jim Crow: Mass Incarceration in the Age of Colorblindness. She later taught some of the legal classes I loved, in social justice and civil rights.

So your Ohio State professors ended up writing you letters of recommendation to attend … Ohio State?

They did. And they probably wrote those same letters to recommend me for the job I’m in right now! I was admitted as a sophomore with a full-ride academic scholarship. I really found my lane via this early access to education. I gained an understanding of policy and politics. I was interested in how decisions are made. I spent two spring breaks doing service work in Appalachian Ohio. I talked to low-income students about the importance of going to college. I was a tour guide showing students the dorms. I had the opportunity to join the politics society and the law scholars program. I coached and officiated basketball for three years. 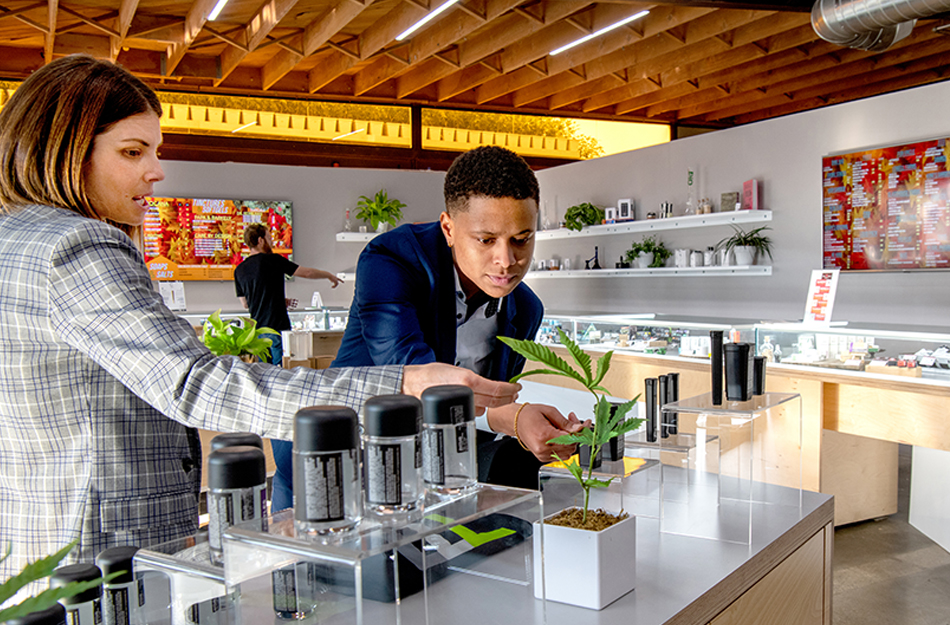 Two questions for you: how and when?

Well, I did not enjoy taking 8 a.m. winter classes. But I appreciated that I was having a lot of fun. Whoever you are, you find your own little community at Ohio State. At some point I recognized I could be one of those people who stays in school a very long time. There were more things I was interested in than not. So when I found out there was a dual degree program combining public policy and law, for no additional cost, I just doubled my coursework for the next two years. There were six of us. We chose the same classes and kept each other responsible, kept each other company. We’d work 14-hour days, and then sometimes we’d cross the street and go to Big Bar together. 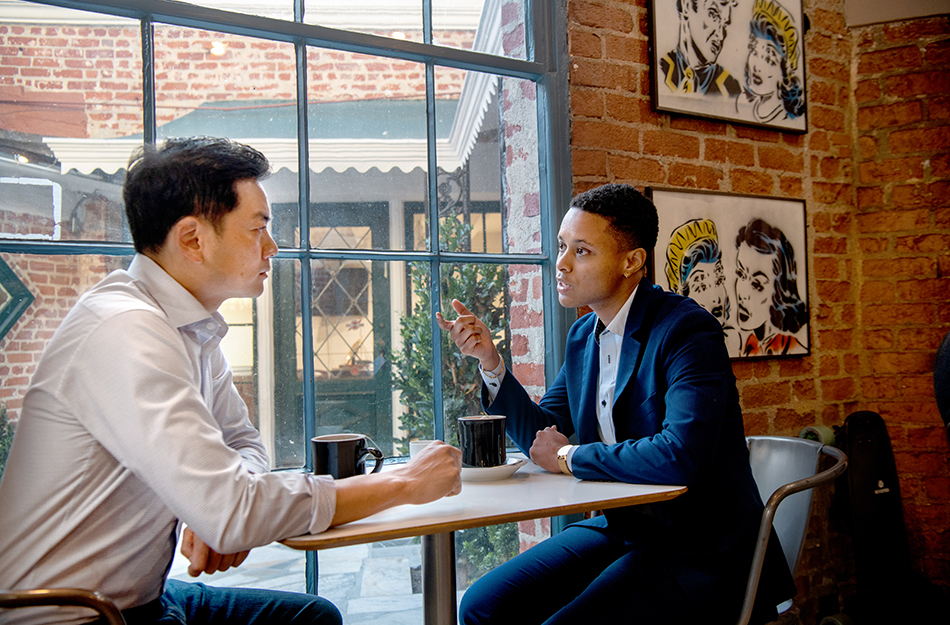 And when did it become clear that what you want — or what you don’t want — might somehow connect with cannabis regulation?

It was actually my last semester of law school. I was studying advanced family law, law and social movements, and I was unsure what I would make a career of. I took a seminar called Marijuana Law, Policy and Reform, which was taught by Professor Douglas Berman. Over the years, he was continually asked to rename the class, because there were students who didn’t necessarily want the word marijuana to appear on their transcripts. You don’t imagine it on your résumé.

I did. Public opinion on cannabis is shifting, and so is public policy. But what I learned in that seminar at Ohio State is something I learn and teach and practice here every day: Marijuana policy and its impacts are our responsibility. Sure, the complexities and challenges involved in cannabis policy are many, but it’s high time for our society to reconsider cannabis laws and their enforcements. I’m excited about the work we’re doing in the city of Los Angeles — I know that the momentum is growing around the country for policy reform, and I’m honored to have the privilege to be a part of what’s to come.

Amy Goldwasser is a freelance writer and editor in New York.