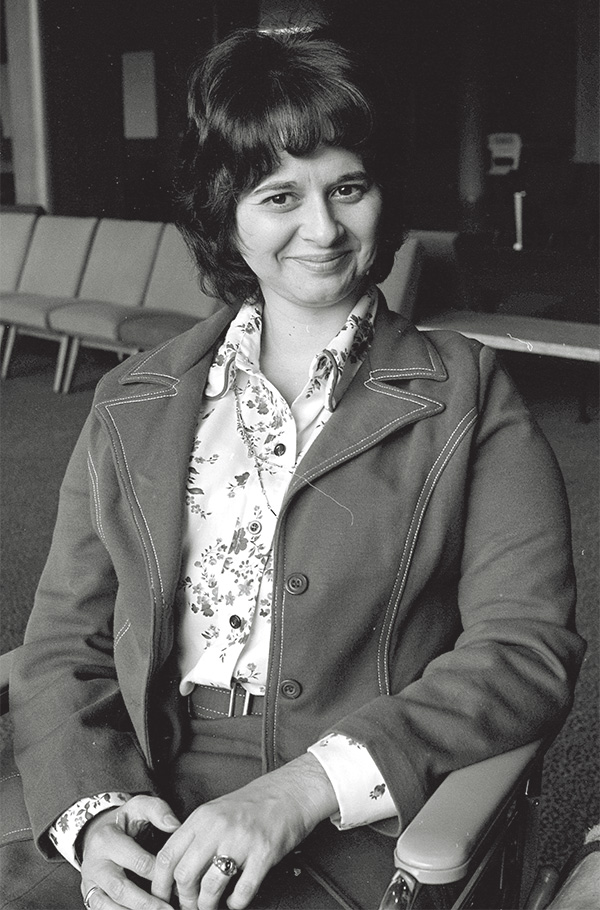 The story “Unveiling of Riches” by Ross Bishoff in your fall issue was nicely done. I thought your readers might like to know more about one of the people featured in that story, my sister Julie Cochran Rogers ’70, ’74 MA.

In 1966, Julie was scheduled to meet with a speech pathologist at Dodd Hall, the rehabilitation hospital in what is now Wexner Medical Center, to explore the path to her own career in speech pathology. However, the woman did not show up, and instead sent a letter. Julie was in a wheelchair, having contracted polio as a teenager. That would pose a problem, the woman wrote: Some of her classes would be on the third floor of Derby Hall, and there was no elevator. “We have to be realistic and understand that it will be a long time before ideal setups will be available for those with atypical problems,” the letter read.

Undeterred, Julie enrolled at the Columbus campus in 1968 after beginning her Ohio State experience at the Mansfield campus. Members of the Delta Chi fraternity carried her (in her wheelchair) up two flights of stairs in Derby Hall to the classroom Julie was told she couldn’t access.

Julie earned her bachelor’s degree in 1970 and her master’s in 1974, then went on to work more than two decades as a speech pathologist at Ohio State. She worked with students who struggled with reading and comprehension, and she took up the cause of those with dyslexia before it was widely recognized as a learning disability.

One of those students, responding to my letter informing him that Julie had passed away in 2000, wrote, “I have accomplished things no one (except Julie) would have expected. … I have made something out of nothing. I was taught this by Julie. … She taught me to be scrappy.”

In 2005, I met Elmer Baumer of Ohio State’s Graduate School, who shared, “She was a serious advocate for students with serious needs. Julie was clearly ahead of her time.”

It is always a great day when I receive Ohio State Alumni Magazine.

I was delighted to see my alma mater mention my hometown of Roswell, Georgia, in “Where I Live” [Spring 2019]. The two places I hold close to my heart are Roswell and The Ohio State University. I am thankful for my time spent at Ohio State, and I wholeheartedly believe I would not have achieved the success I have without that experience.

I read with pride about Ohio State’s game day sustainability efforts in “Waste Makes Haste” [Fall 2019], but was disturbed by the brusque mention of the “offenders” at Allen-Oakwood Correctional Institution who sort recyclables and compost. The term “offenders” is dehumanizing and leaves no room for the possibility of a wrongful conviction.

The magazine should explain how inmates join the program, how much they are paid and how else they may benefit from their labor. Without that information, readers are left to wonder whether the people sorting our soda cups from soggy nacho leftovers are compensated at all or even if their participation is voluntary. Thank you for your attention to this issue.

Thanks for your letter. Jodi Factor, public information officer with Allen-Oakwood Correctional Institution, responds: “We refer to those in prison as ‘offenders’ as we believe it is a professional reference. The program is outside of the main compound of the institution, so the men have to meet specific criteria to work in the composting complex. In addition to needing to qualify for minimum security, factors such as time to their release date are reviewed. The men receive monthly monetary compensation and earn five days each month toward a reduced sentence. They also earn credit toward a compost operator certificate, forklift license and weighmaster training, and they learn how to market recycling products.”

Thank you for Victoria Ellwood’s nice article on “Carmen Ohio” in the fall issue. I wanted to share what I know of the history of this beloved song.

In 1968, when I was a senior at Ohio State, I had the opportunity to meet Anne Cornell Christianson and hear her tell how she understood her brother Fred came to write “Carmen Ohio.” He had been asked to write a song and had already put considerable time into the effort when he rode the train to Ann Arbor with a group of friends to see Ohio State play Michigan. After a bitter defeat, on the train ride home, he realized that the song needed to work well for both occasions of defeat as well as victory. Returning to Columbus in the days after the train trip, he continued to refine the song based on his insight that day, she said.

To my ear, he succeeded in this goal, because singing “Carmen Ohio” provides both comfort in times of need and exhilaration in times of joy.

Another 21-gun salute for the magnificent fall 2019 issue! Ohio State Alumni Magazine has to be the premier alumni publication in the land. Keep the great work coming.

Decades vanish in a weekend 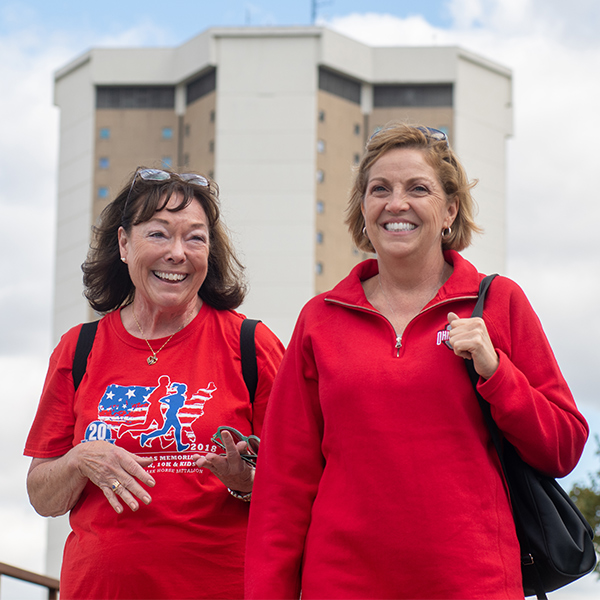 The sisters hadn’t been together at Ohio State for 50 years. But in October, synchronicity stepped in. Diane Pritchett ’72 was headed in from Orange County, California, where she leads an economic development organization, and Ellen Pritchett Moore ’87, an Air Force brigadier general, was due in from Washington, D.C. In separate letters, they shared memories of two special weekends.

DIANE: When I was a freshman and living in Morrill Tower, there was a little sisters weekend. Dad put Ellen, then 3 years old, on a Greyhound bus from Cincinnati to Columbus — by herself, seated behind the driver.

ELLEN: Diane was in the coffee shop near the bus stop. I tugged on the bus driver’s pant leg and told him my sister Diane was supposed to meet me, so they called for her on a loudspeaker and she picked me up. According to my parents, we ate Twinkies and tomato soup, made in her popcorn maker.

DIANE: Upon graduating from high school, Ellen knew where she wanted to go to college: The Ohio State University. That weekend definitely made an impression!

ELLEN: There has never been a time when I wished I went anywhere else. I have been and always will be so proud of Ohio State.

DIANE: Ellen and I had a fun weekend reliving little sisters weekend and experiencing the excitement of campus and awesome tailgating. I am grateful for the opportunity to graduate from Ohio State and have made so many friends personally and professionally because of that.

Ohio State Professor Rattan Lal was recognized for his contributions to the Intergovernmental Panel on Climate Change that shared the 2007 Nobel Peace Prize. The achievement was mischaracterized in the fall issue.