Ohio State is creating a Buckeye presence that goes far beyond the borders of Ohio or the United States with the help of its three Global Gateways located in China, India and Brazil.

These Gateway offices are located in key parts of the world that allow the university to form international partnerships, establish a worldwide presence and connect Buckeyes with opportunities around the globe. Ohio State’s involvement in China, India and Brazil includes hundreds of faculty connections, 26 study abroad programs, a growing international student population and a strong alumni base.

“We are an extension of The Ohio State University in the various regions around the world,” says Chris Carey, director of Global Gateways. “We’re there to support our alumni, students, and faculty on anything they want to do in these regions. We can be a very valuable resource for them to make connection points overseas.”

The directors of Ohio State’s three Global Gateway offices are the perfect ambassadors for the university: All are proud Buckeye alumni. They recently shared their successes and goals for international outreach.

Luke Barbara, Class of 2010, fell in love with Brazil during a semester abroad as a student and moved there after graduating. Today, Barbara is the director of the Brazil Gateway and wants to help give others the same opportunity to discover the country, culture and people that have inspired him. 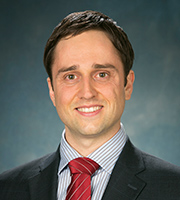 “We want the Brazil Gateway to be a portal for anyone from Ohio State who wants to get involved in Brazil,” he says. “We can be the starting point for you to engage with Brazil or an accelerator to help you amplify your existing initiatives and collaborations.”

Barbara said the university has been collaborating with Brazil, specifically the University of São Paulo, for more than 50 years. The launch of the new gateway in the fall will not only strengthen these ties but present new opportunities to work together as well. Beyond the academic mission, Barbara believes there will be opportunities for Central Ohio companies to access international opportunities in Brazil and vice versa.

“São Paulo in one word? I think it’s: energy,” he says. “It’s full with the energy of life, of business, of culture … and I think it’s going to be an increasingly important city.”

According to Phoebe You, director of the China Gateway, even 7,000 miles and a 12-hour time difference can’t damper alumni’s Buckeye spirit on football game days: Diehard fans will gather at 3 a.m. to watch a 3 p.m. football game, and they always end the event with an O-H-I-O photo. 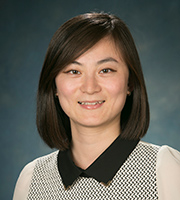 "We do this O-H-I-O thing, and it’s very unique. I don’t see it in any other university,” You says. “It’s something I really treasure.”

Located in Shanghai, the China Gateway was the university’s first global center. In its first four years, You explains the work done to build and strengthen alumni networks is just one area of pride.

“We have three major functions. One is to focus on academic facilitation; one is involved alumni engagement and involvement; and we also have a function for corporate training and corporate partnership,” says You, a 2009 graduate of the Moritz College of Law. “It’s been very well developed since the opening.”

Though they have had many successes so far, including helping an Ohio State faculty member connect and collaborate on her tuberculosis research with faculty from Fudan University, You is casting her eyes toward the future.

“We want to expand our function,” she says. “We want to offer more opportunities to students and faculty for them to engage with our alumni and the corporate contacts we have in the country.”

Ratnesh Bhattacharya knows firsthand the importance of getting international work experience as a student: His former position as a volunteer for the Global Gateways turned into an internship, which turned into his current job as director of the India Gateway. 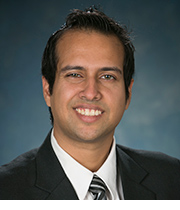 “As a student, I always thought, ‘Wouldn’t it be so great if I could do this work at the university that would give me that kind of opportunity around the world?’ ” he says. “That’s what we’re trying to do.”

Since opening two years ago, the India Gateway has focused on forming partnerships with Indian companies and institutions, specifically in areas like health sciences and engineering.

For example, the gateway will host the first Ohio State India Health Sciences Innovation Conference in January, in partnership with The All India Institute for Medical Sciences, to generate international collaboration and showcase job opportunities in the health sciences in India.

In the future, Bhattacharya hopes to expand these areas of study that are available for students through the India Gateway.

“I would love if our gateway in Mumbai had integrated and international dimensions that cross all critical parts of the university … so all of those components of what makes a great university would have an Indian component,” says Bhattacharya, a 2011 Moritz graduate.