Ohio State research has learned that while the popular painkiller acetaminophen is widely regarded for its effectiveness, it also may deliver some psychological side effects. 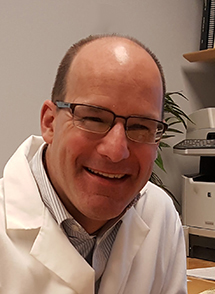 Recent research at Ohio State suggests a popular pain reliever may affect us in ways well beyond what we expect.

When we take acetaminophen — the ingredient found in Tylenol — we generally want relief from a headache or a sore back. But what if we also receive some emotional side effects?

In two separate studies, the Ohio State researchers found that acetaminophen users had dulled positive emotions and were less empathetic when compared with people who didn’t take the painkiller.

“Most people probably aren’t aware of how their emotions may be impacted when they take acetaminophen,” said Baldwin Way, leader of the work and an assistant professor of psychology and a member of the Ohio State Wexner Medical Center’s Institute for Behavioral Medicine Research.

These findings have the potential to affect nearly everyone: Each week nearly a quarter of all American adults use a medicine containing acetaminophen, according to the Consumer Healthcare Products Association.

In another study, participants read short scenarios in which someone suffered pain and were then asked to rate how much the person in the story suffered. Overall, participants who took acetaminophen rated the pain as less severe, when compared with participants who didn’t take the painkiller.

“These findings suggest other people’s pain doesn’t seem as big of a deal to you when you’ve taken acetaminophen,” said Dominik Mischkowski, co-author of the study with Way.

Mischkowski is a former PhD student at Ohio State who is now at the National Institutes of Health.

While previous research had shown that acetaminophen can help with both physical pain and psychological pain, Ohio State researchers are the first to show that the painkiller may actually reduce positive feelings.

“This means that using Tylenol or similar products might have broader consequences than previously thought,” said Geoffrey Durso, an Ohio State doctoral student who also was involved with some of the research. “Rather than just being a pain reliever, acetaminophen can be seen as an all-purpose emotion reliever.”

The psychological side effects of Tylenol may go beyond what was found in these studies, Way said. His research team is continuing to look into acetaminophen’s impact on emotions. In addition, they’re looking into whether other pain relievers, such as ibuprofen, have similar effects.

WATCH LIVE: Chat with our researcher during a Facebook Live broadcast at 2:30 p.m. ET on Thursday, September 22 at facebook.com/osu.

Acetaminophen is the most commonly used pain reliever and fever reducer in the United States, found in more than 600 medicines.

Acetaminophen has been in use more than 70 years in the United States.

In addition to Tylenol, acetaminophen is also found in some Excedrin, Robitussin and Sudafed products.