Opening the door for scholars

For many Ohio State students, scholarships are the key to a bright future.

At Ohio State, scholarships are a gift of opportunity, helping students earn a top-tier education.

In his 2020 Vision for the university, President Michael V. Drake took a strong stance on affordability and access, launching $15 million in President’s Affordability Grant program for Ohio undergraduates in 2015-16. For the 2016-17 academic year, the program has expanded to $20 million with the goal of helping approximately 15,700 undergrads, including 3,000 students on the regional campuses. Next year, Ohio State is also extending an additional 35 scholarships through the Morrill Scholars Program, which supports students who show commitment to both academics and diversity by excelling in the classroom and making a positive impact in their communities. These are just a few examples of how the university is helping to make college more affordable and accessible for students.

Meet three undergraduate scholars who are making the most of their Ohio State experiences, with help from scholarships.

Keyauna “Kiki” Ramos is a third-year student at Ohio State and the youngest of three children from a single-parent home. With her mom enrolled in college, too, finances are tight for the family. 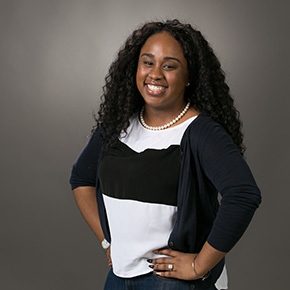 “Receiving this scholarship means more to me than anyone will ever know. Without it, I don’t think I would’ve been able to afford a college education.”

Ohio State was Ramos' first choice. During a campus tour, she was drawn in as students told her about the university’s supportive professors and the many opportunities to get involved. When she found out about her scholarship, both she and her mom cried with joy.

These days, Ramos is busy helping others as a mentor for the Media, Marketing and Communications Scholars Program and as a member of the Black Student Association. She’s also on the advisory board of the Program for Advancing in Scholarship and Service.

Ramos dreams of running her own public relations business one day. “This scholarship gives me the opportunity to not only further my education, but to continue my journey of improving,” she says.

Briana Zabala, a third-year student, plans to be a clinical dietician specializing in heart health or diabetes. She wants to put her education to use in a therapeutic business setting or one involving public policy.

An only child, Zabala works hard at Ohio State in honor of her family. Her mom and grandparents endured great struggles when they came to the United States from the Philippines, a fact that drives her passion for health care. 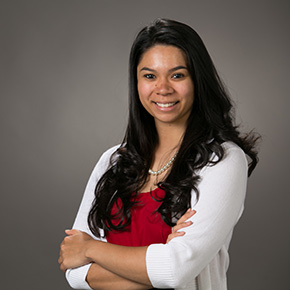 “While we may read in textbooks about malnutrition and the role poverty plays, it’s my mother’s childhood stories about lack of proper nutrition that continue to put many things in perspective for me.”

“Ohio State has allowed me to challenge myself personally, academically and professionally.”

Zabala is active as a volunteer with the Student Dietetic Association, the Student Life Student Wellness Center and the Collegiate and Professional Sports Dietitians Association. She works as a student assistant/nutrition aide at Ohio State’s Wexner Medical Center and will serve as vice president for the School of Health and Rehabilitation Sciences Student Council for 2016-17.

“Being a Buckeye has been an incredible experience," she says. "It’s made a major impact on my future.”

Ryan Fisher, a graduating senior, is eager to put his public health education to use as a member of the Peace Corps. 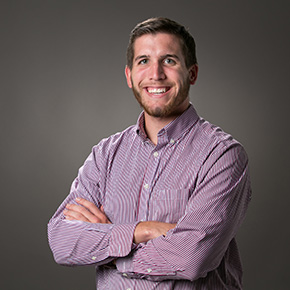 “I want to promote health education and help prevent common maternal, neonatal and childhood illnesses, as well as HIV/AIDS, STIs and malaria, in local communities near Cameroon.”

Fisher credits his study abroad scholarship and travel award with helping him advance his interests and ambitions of being a global citizen. During his junior year, he took a public health course with fellow Buckeyes at Manipal University in southwest India. They expanded on textbook lessons by traveling to local sites, including a women’s health center and a slum village.

For his next adventure, Fisher looks forward to being an Ohio State ambassador, although he admits to being nervous about living more than 6,000 miles away from his alma mater.

Still, being a Buckeye comes with a built-in family. “I am comforted when I am far from home because there’s a support system in the many thousands of alumni living and working around the world,” he says. “It’s true that no matter where you go, Ohio State will always be a part of you.”