Explore similar scenes - some separated by more than 100 years - and see how Ohio State has evolved throughout the years.

As alumni return to campus for homecoming, they'll find a campus that has changed since they graduated; however, they will relive the same traditions and walk the same halls as they did years before. Explore similar scenes, some separated by more than 100 years, and see how Ohio State has evolved throughout the years.

Interact: Slide the red bar left and right to compare the then-and-now views of campus.

When Ohio State was playing poorly, 1969 Brutus could turn his smile to a frown. But at a January 1969 pep rally following a Buckeye Rose Bowl win, Brutus frowned because he was kidnapped at an airport in California. Now, with a new wardrobe, modern-day Brutus is all smiles! 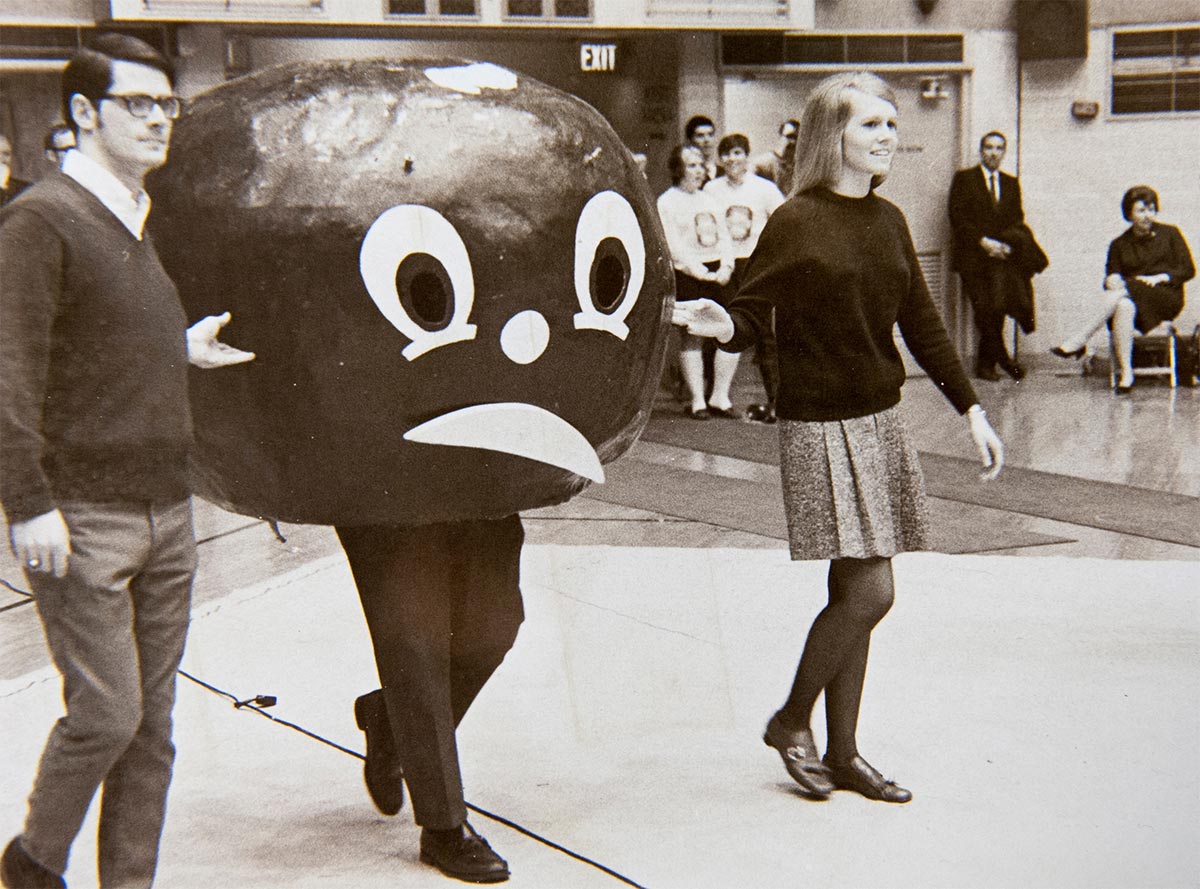 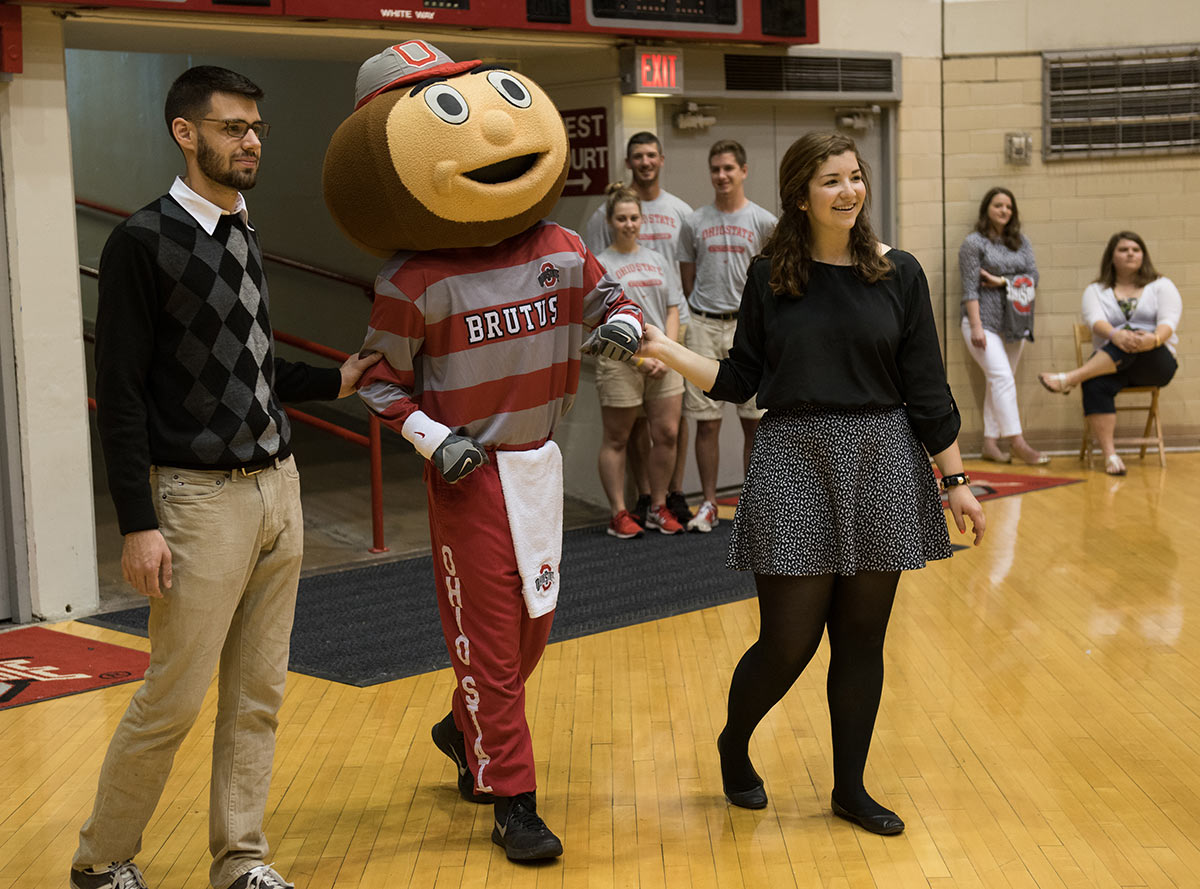 Tools of the trade go digital

In 1950, The Ohio State University Medical Illustration Department was depicted in an issue of The Caducean, the annual yearbook of Ohio State’s College of Medicine, with tools of the day: film cameras, carbon pencil and pen and ink on scratchboard. Now, the Health Sciences Library’s Medical Visuals and Event Technologies teams perform the work with modern tools: digital cameras, computers, digitizing tablets, illustration software and large-format printers. 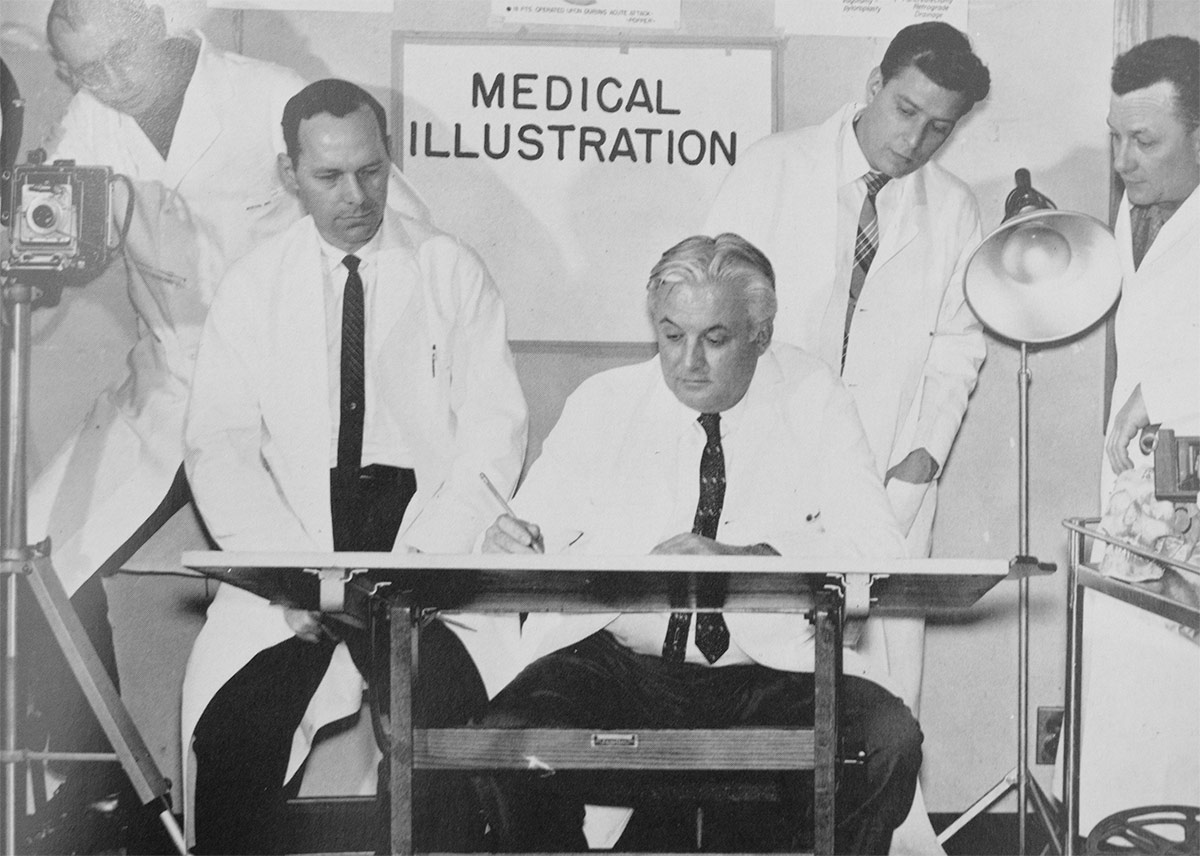 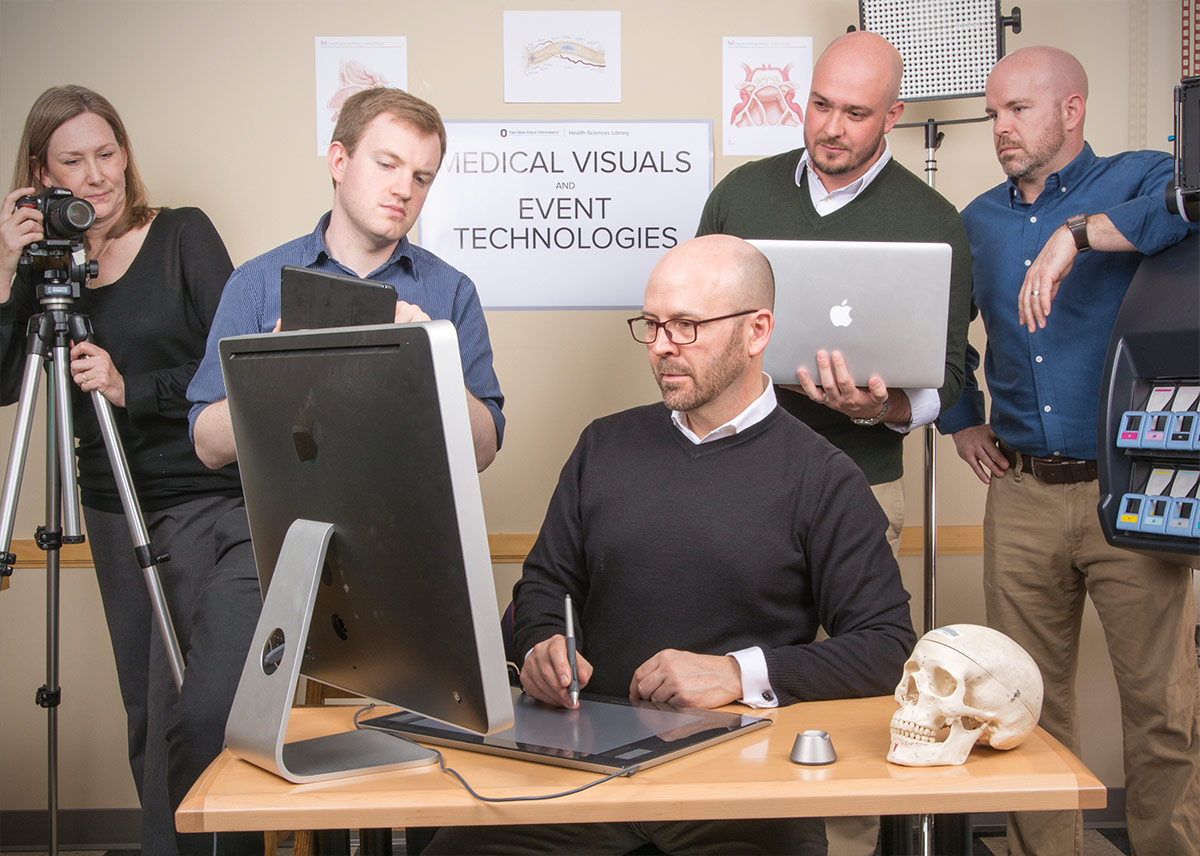 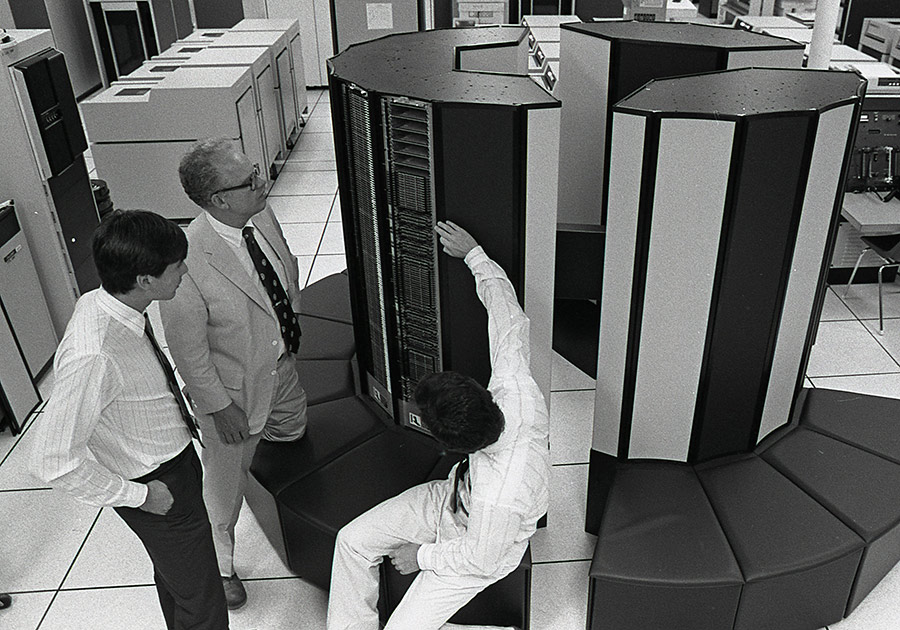 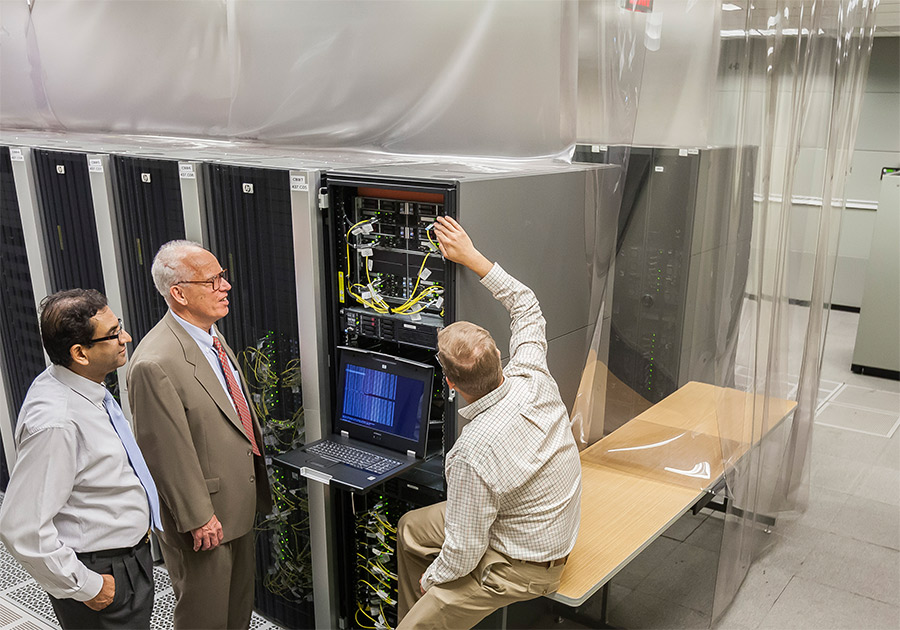 A favorite meeting spot over 80 years

Since its completion in 1930, the statue of President Thompson has been a favorite hangout spot for students. In 1940 and today, students use the base to study or meet with friends. 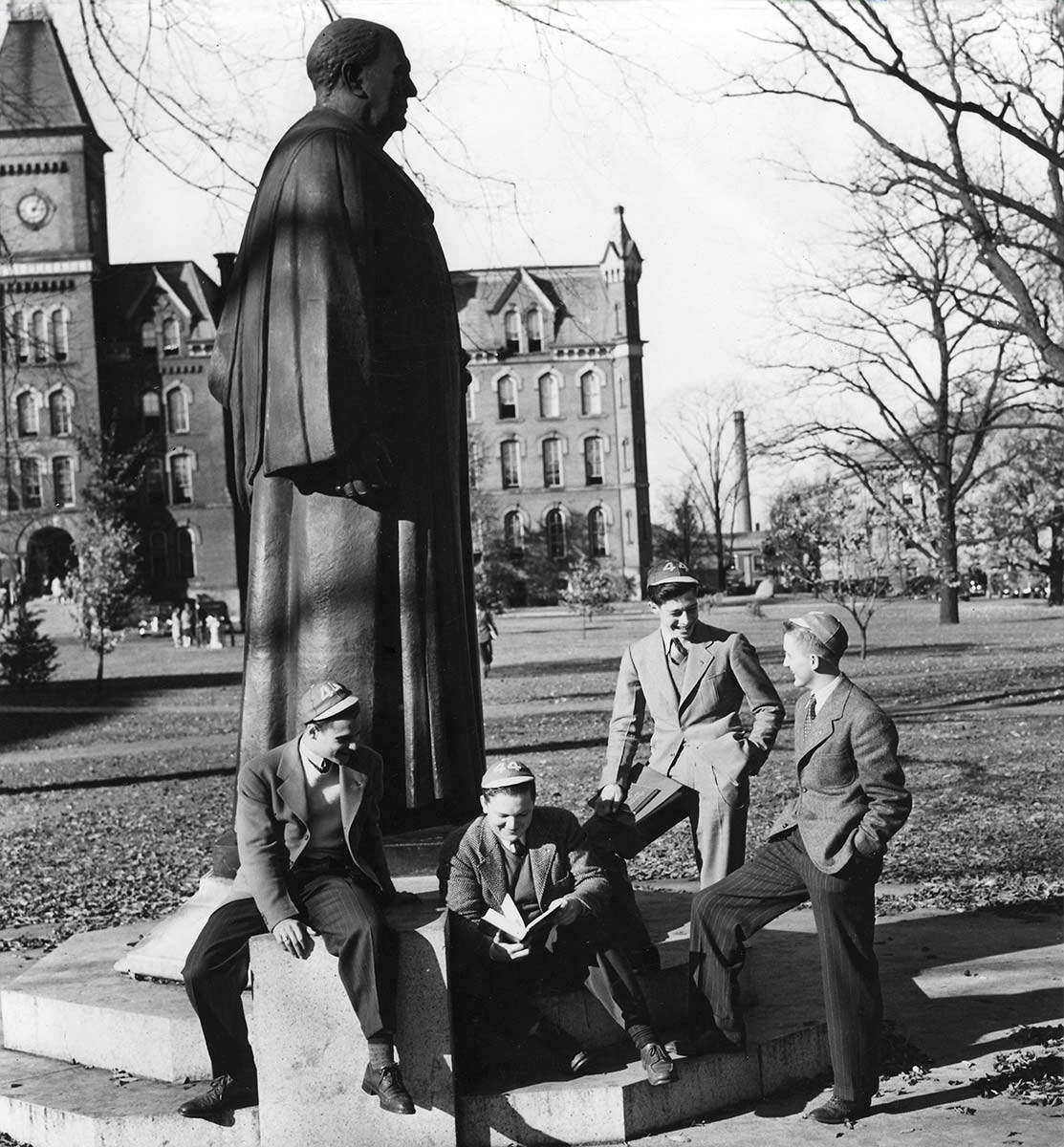 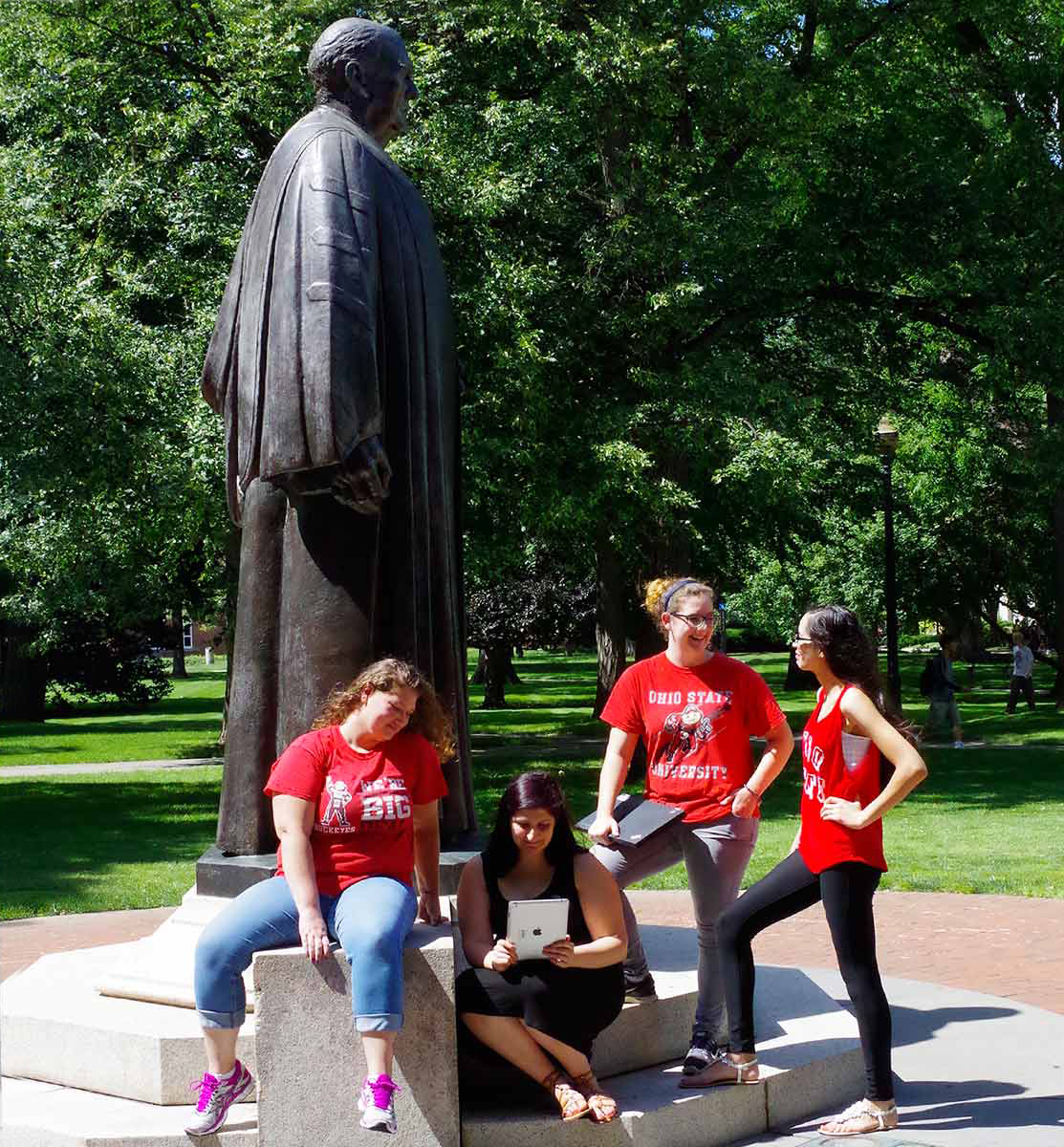 In 1994, the Smokin’ Buckeye student team won first place at the Indianapolis Electrics race with a vehicle powered by 1,200 pounds of lead acid batteries and 200 horsepower. Now, students in the Center for Automotive Research program compete with the Venturi Buckeye Bullet 3, a land-speed electric vehicle powered by 2,000 pounds of lithium ion batteries and 3,000 horsepower. 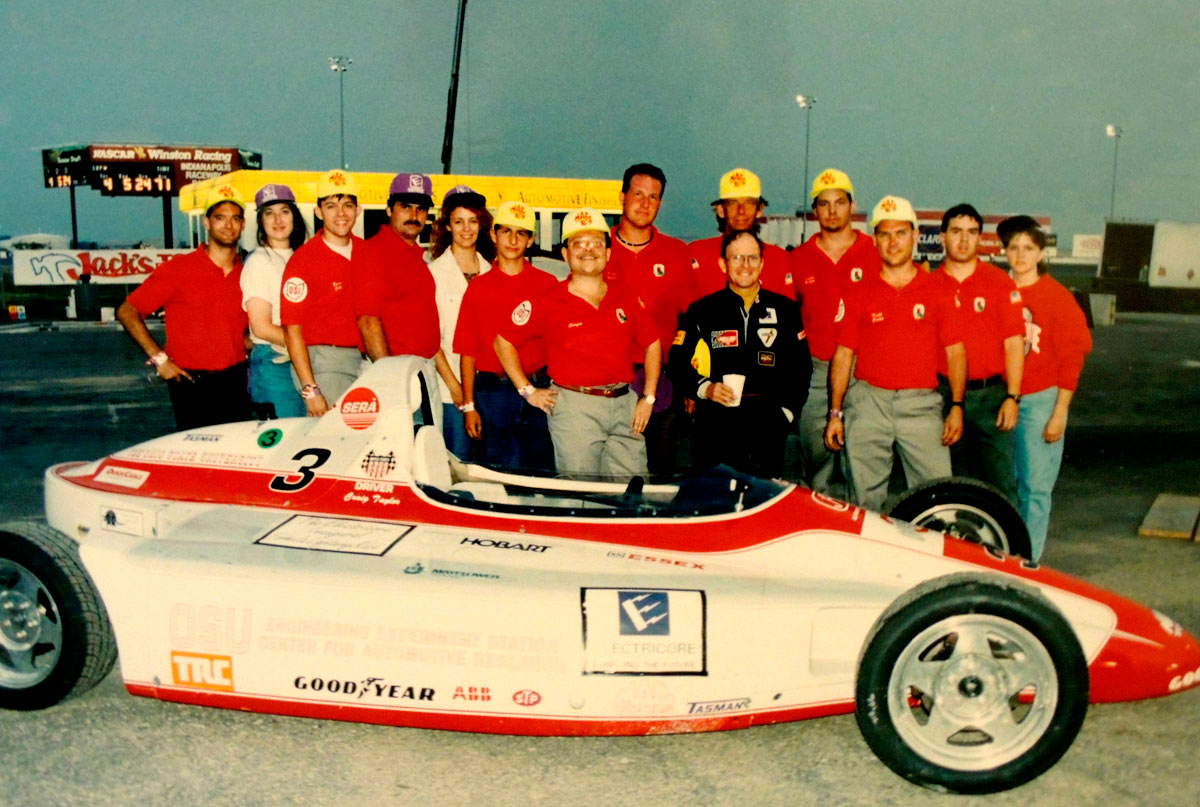 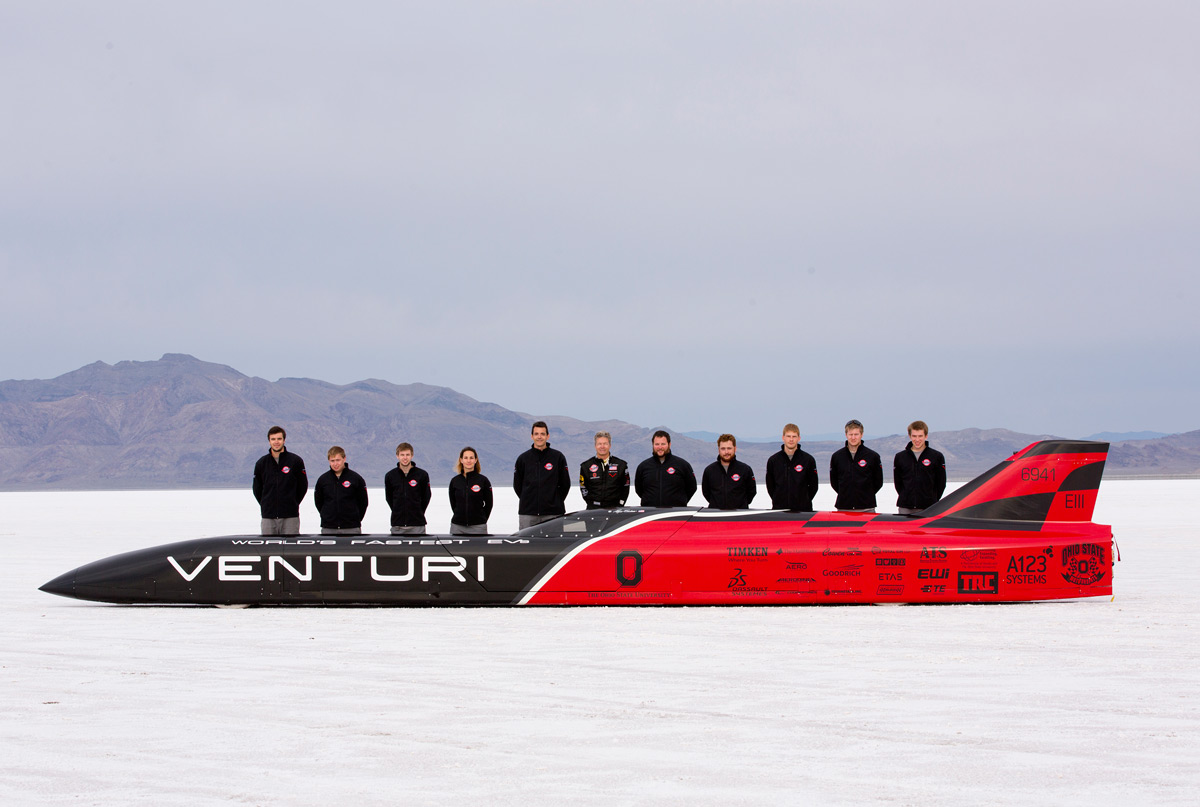 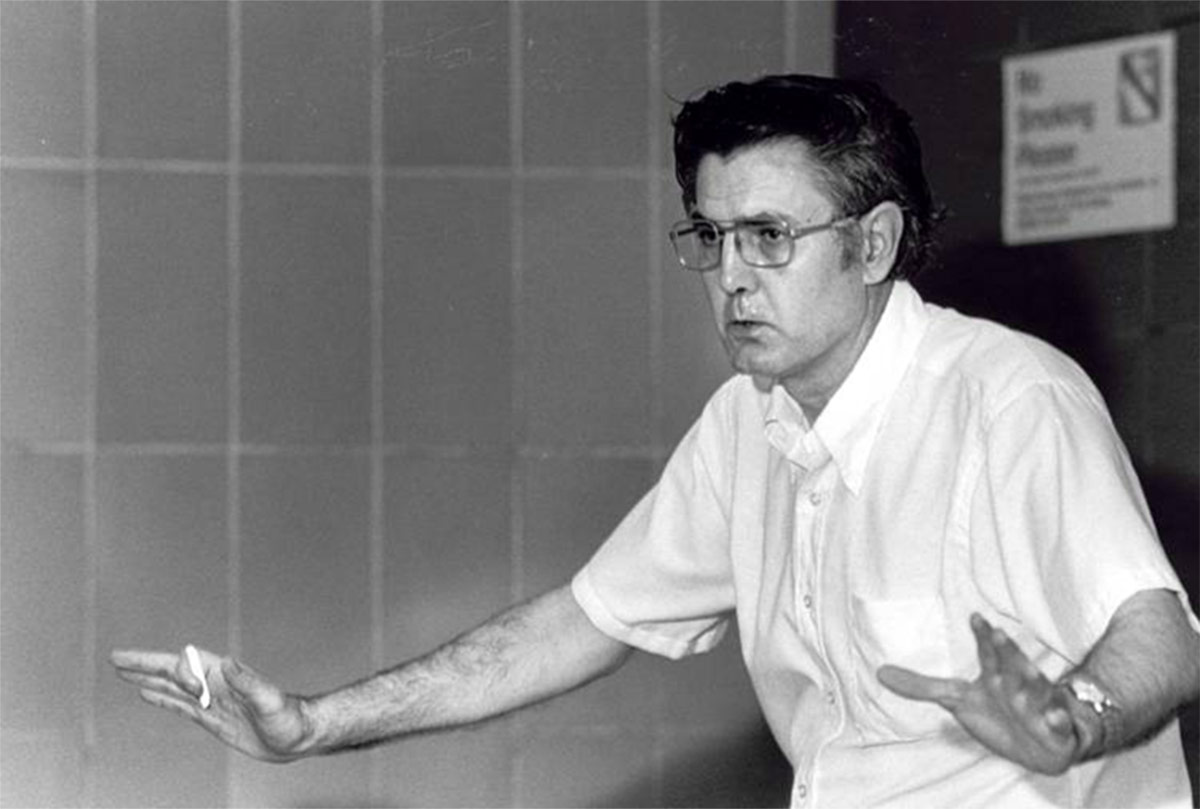 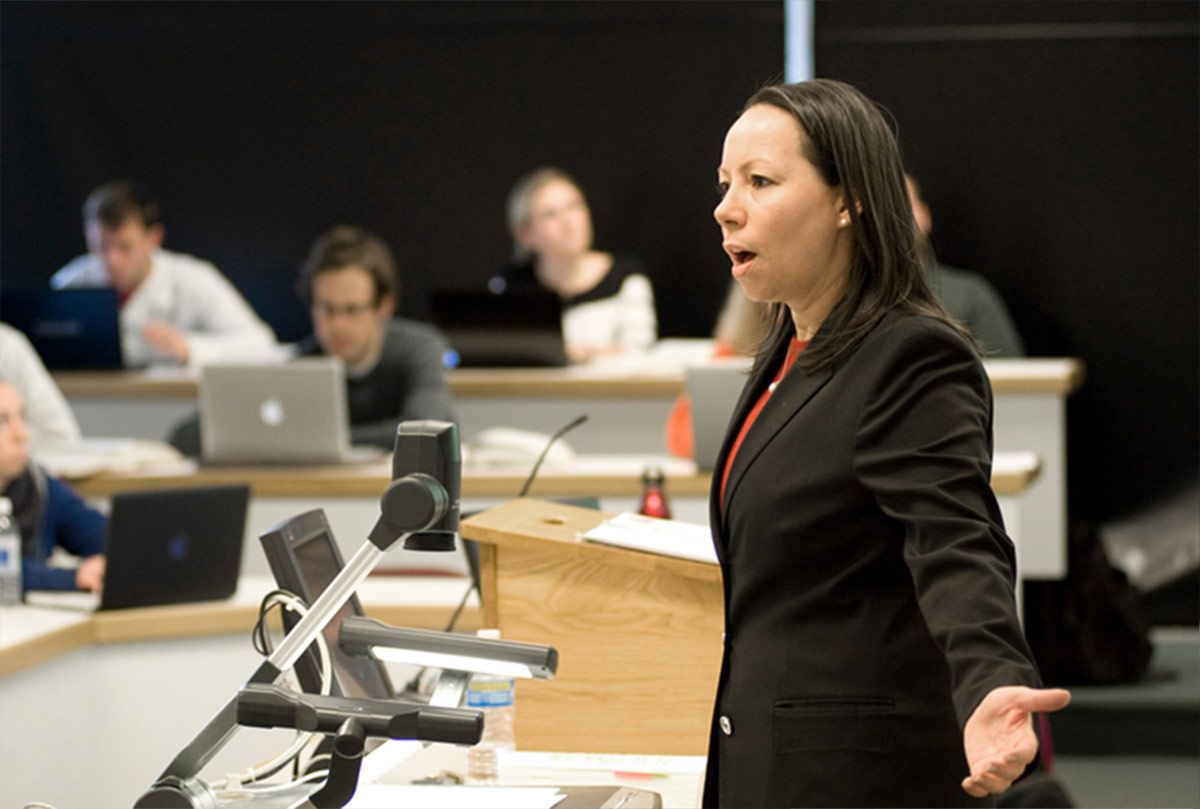 Time and change on the Oval

For more than 100 years, the Oval has served as a learning laboratory for Ohio State. In 1908, it served as space for a photography class. Today, students use the Oval for a large-format photography class taught by Paul Page. Then, a horse patiently waits outside of Orton Hall. Now, students take photos with their cell phones of Red, a public safety horse. 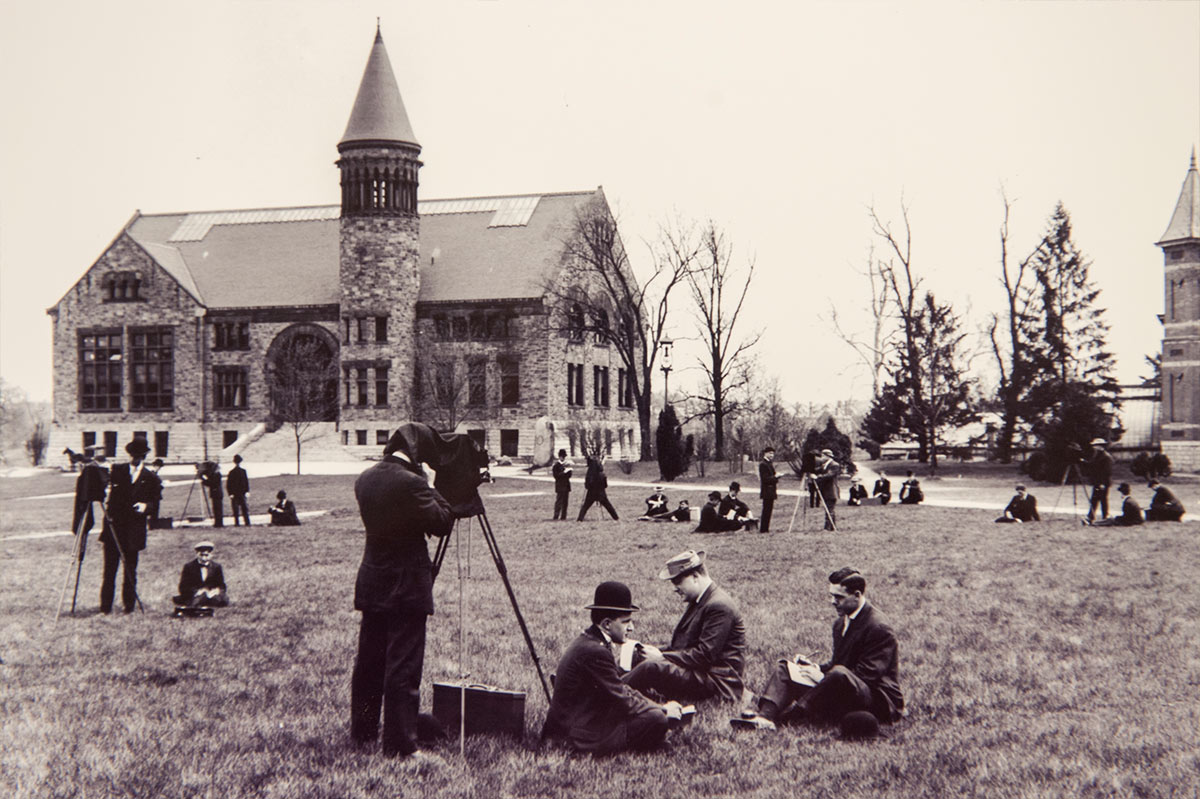 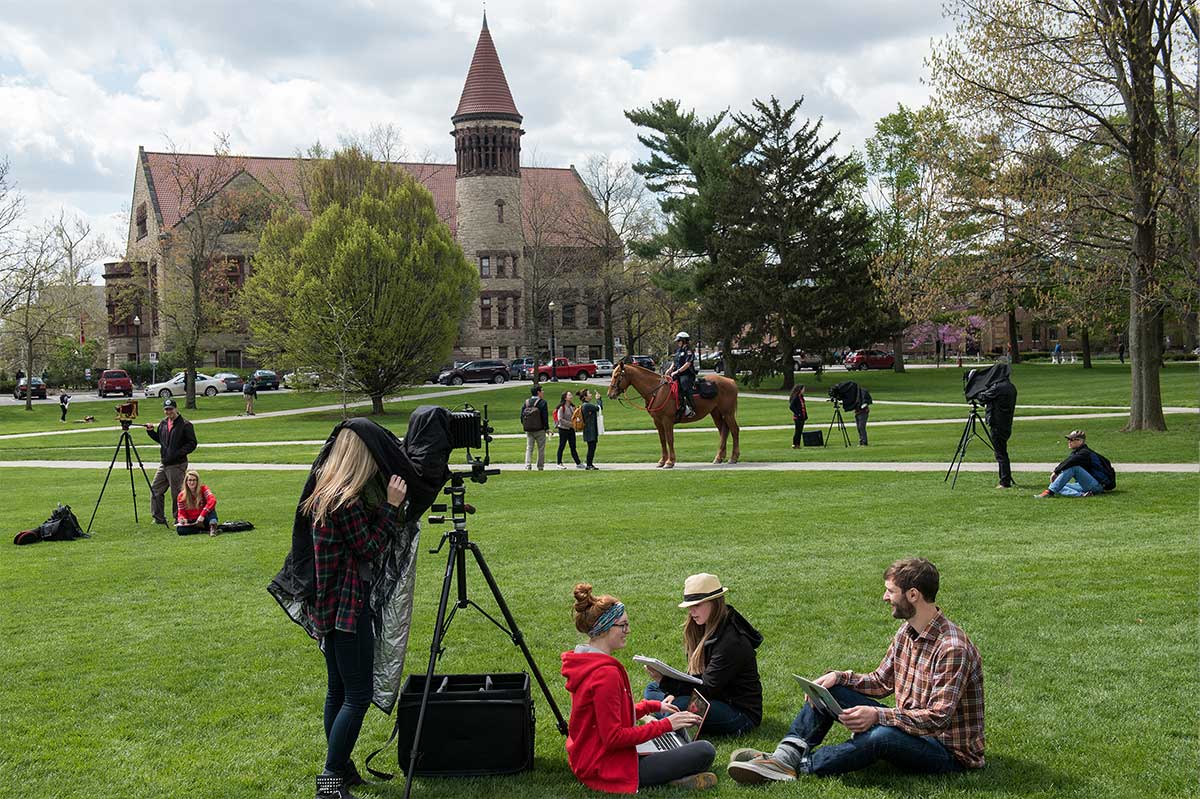 Bertha Lamme was the first woman to graduate from Ohio State’s College of Engineering, receiving her degree in 1893. Now, Paloma Cooper, an electrical and computer engineering (ECE) student, sits in the ECE spaces of Caldwell Lab. More than 2,000 students, including 431 women, graduated from the College of Engineering in 2014. 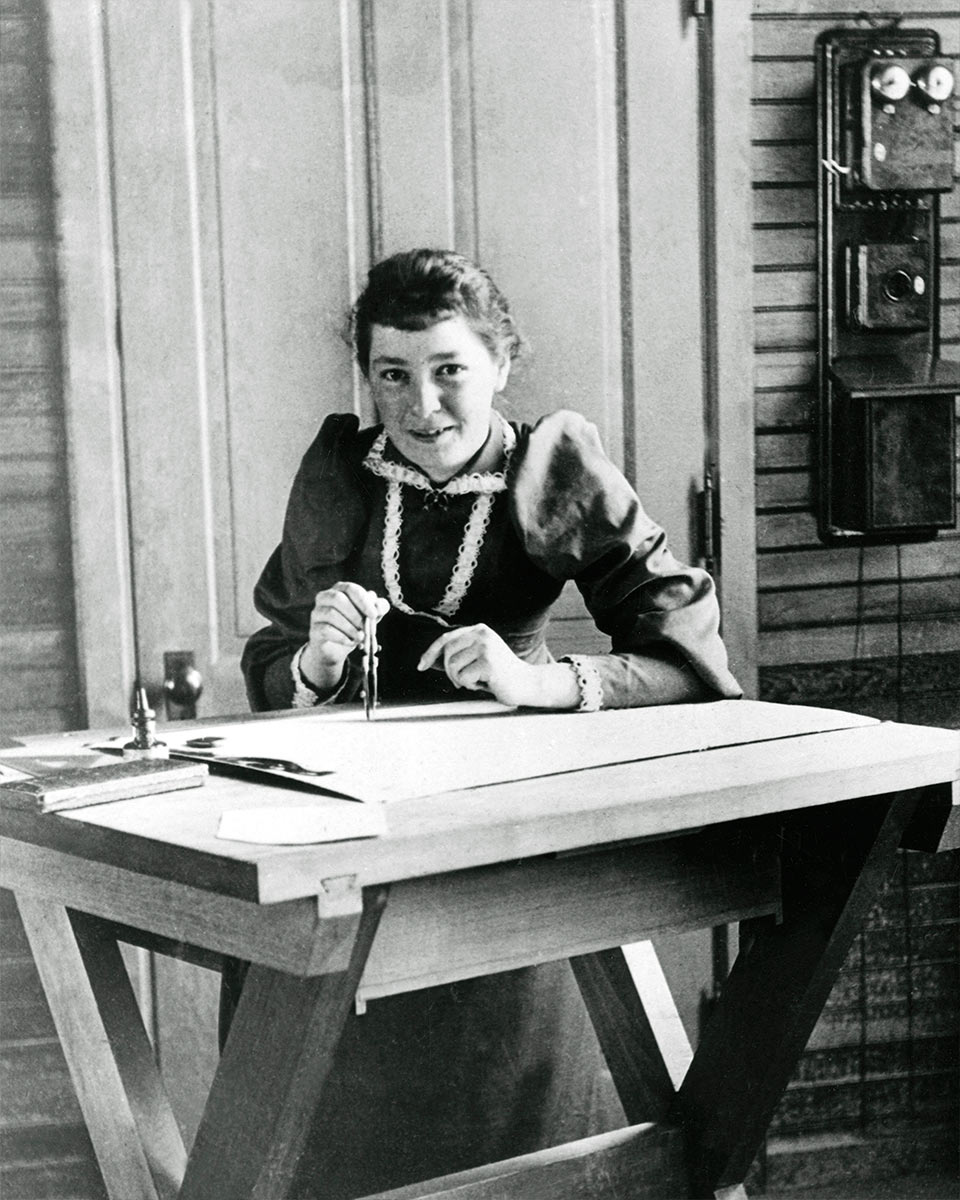 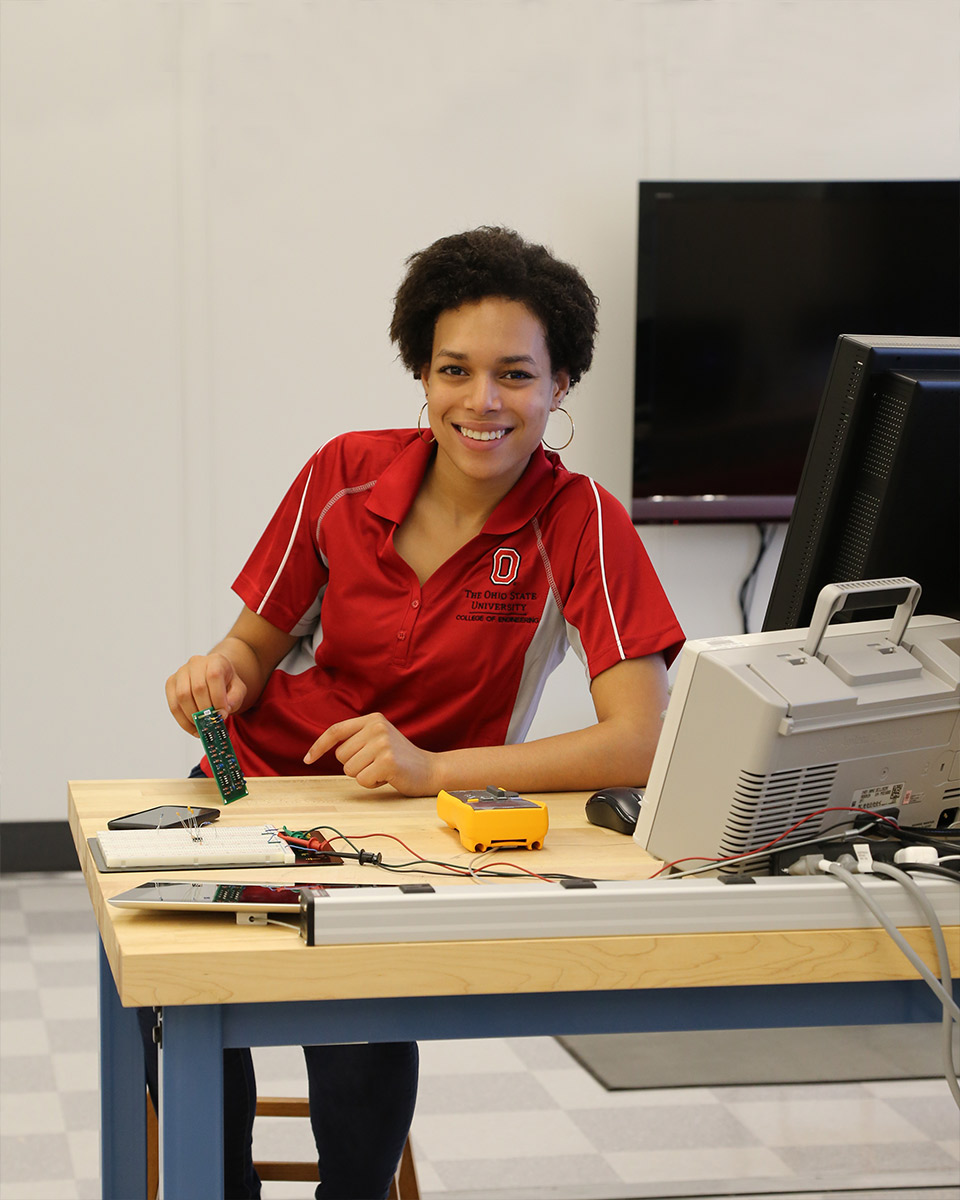 Thompson Library has been a focal point on campus for more than 100 years. In the 1910s, a staircase cascaded down a newly opened Thompson Library. Now, the same staircase opens up to a renovated Stacks Tower. 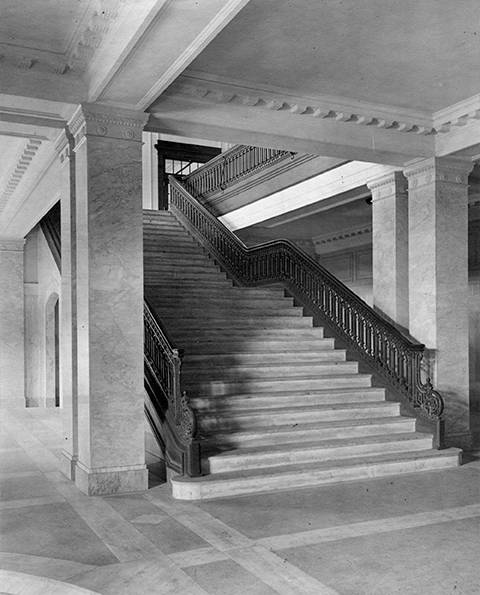 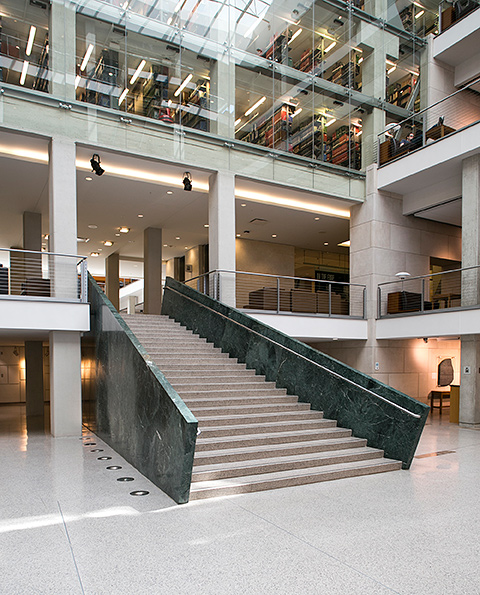 Dr. Glenn Fry was the first director of the School of Optometry and dedicated 44 years of service to Ohio State, heading the program through 1966. In the 1960s, he posed with research equipment comprised of a projector light source, lenses and mirrors. Now, Karla Zadnik, dean of the College of Optometry, is pictured with updated research equipment, which can interface with computers to record and analyze data. 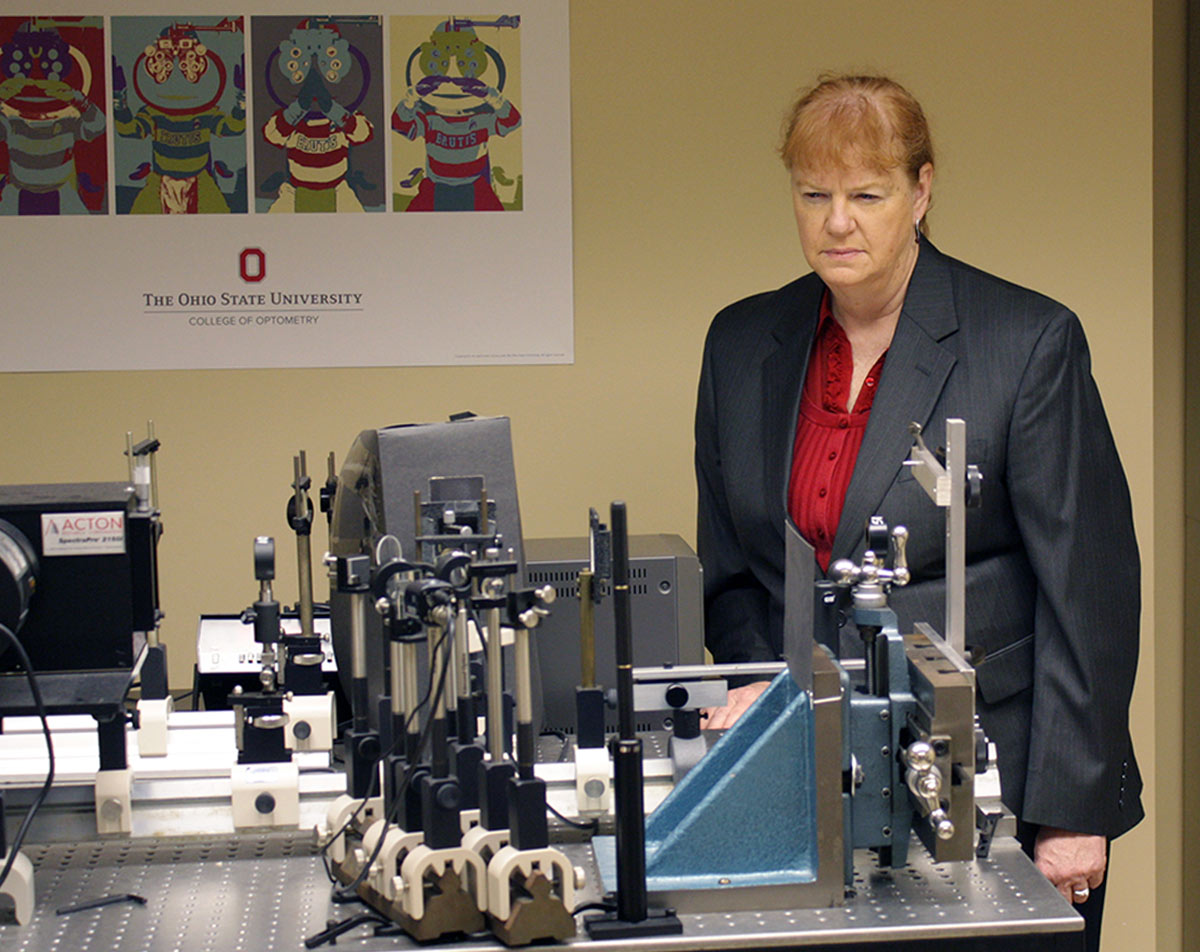 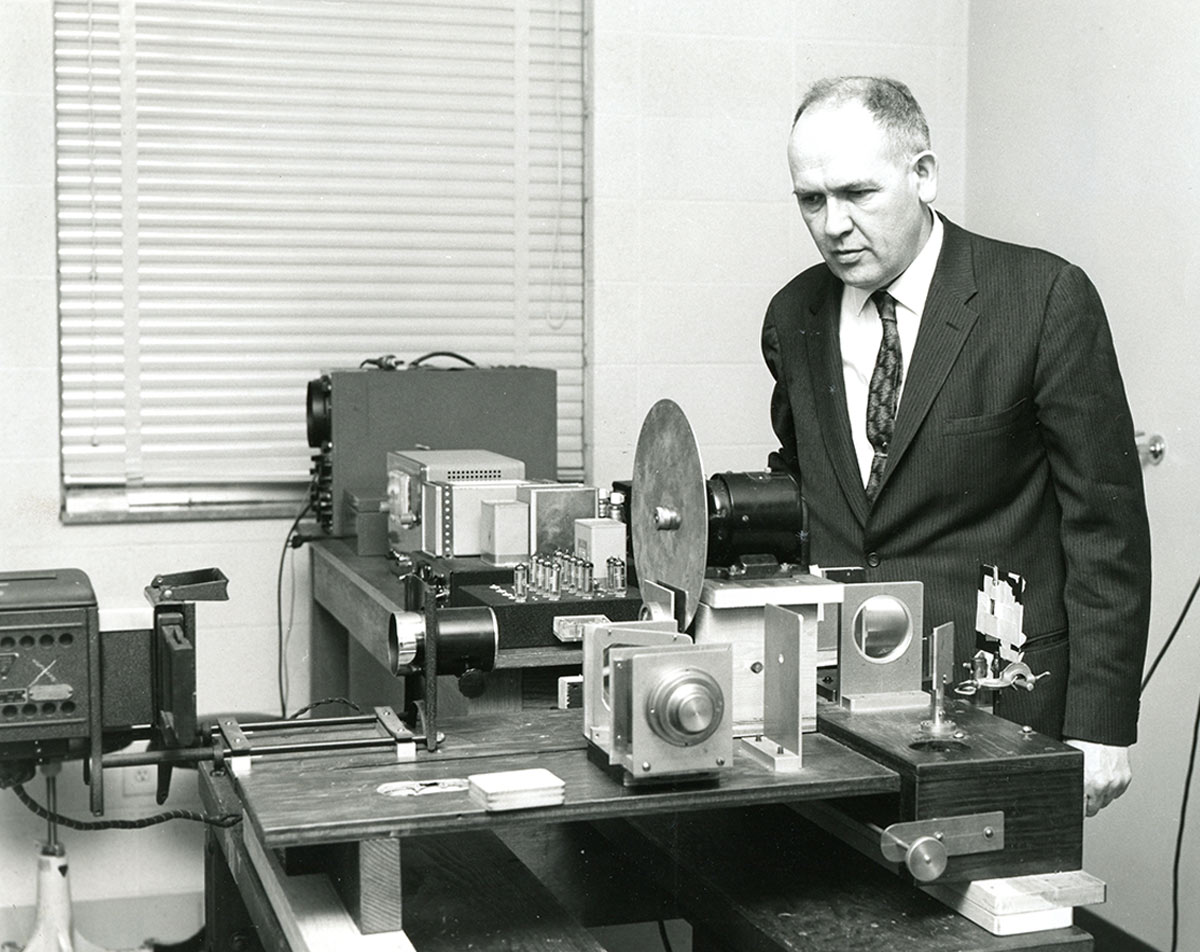 Transportation at Ohio State has evolved since 1968. Now, through Campus Area Bus Service (CABS), the Department of Transportation and Traffic Management provides 5 million rides annually and responds to 21,000 service requests for Buckeyes with mobility impairments. 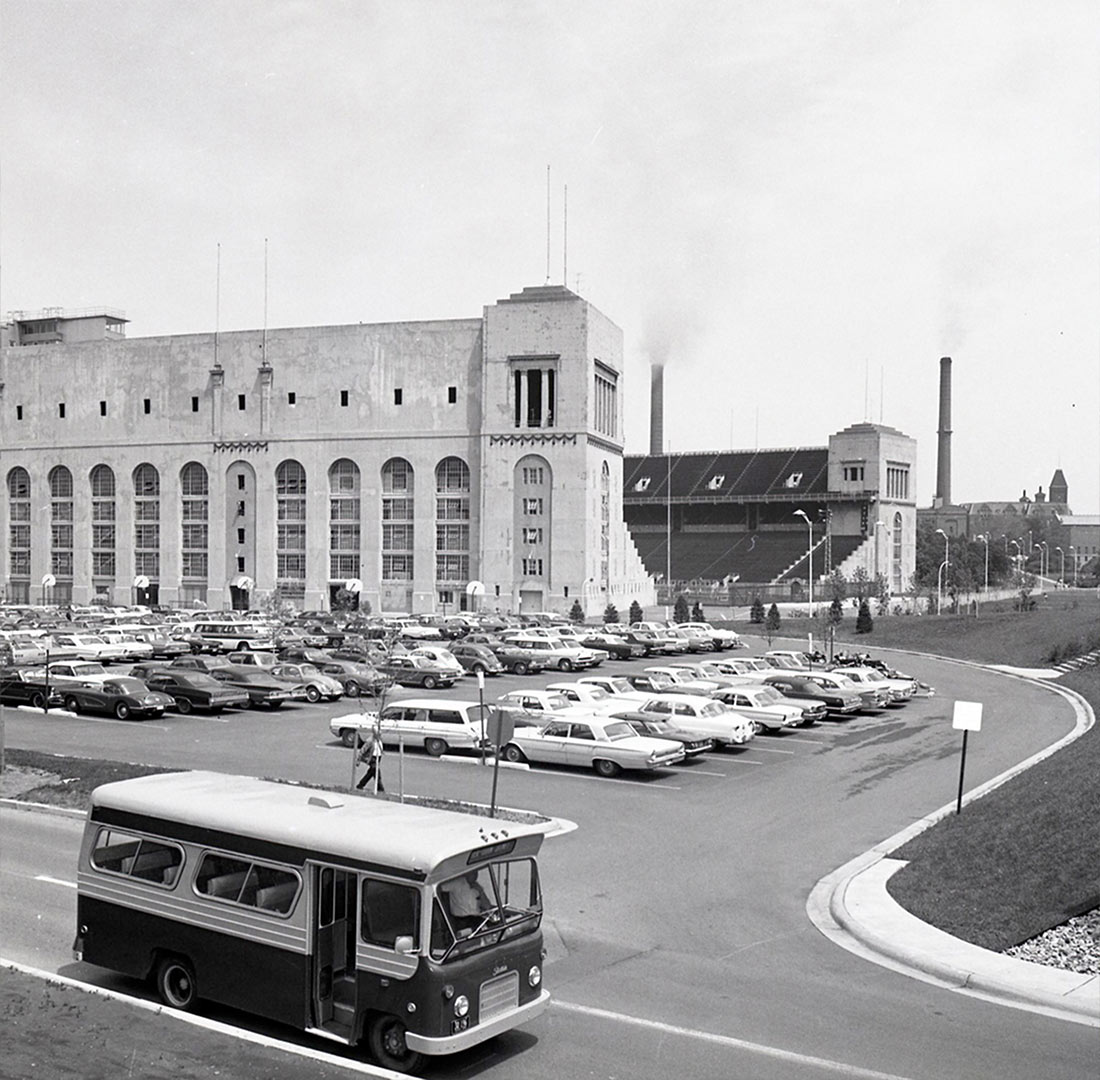 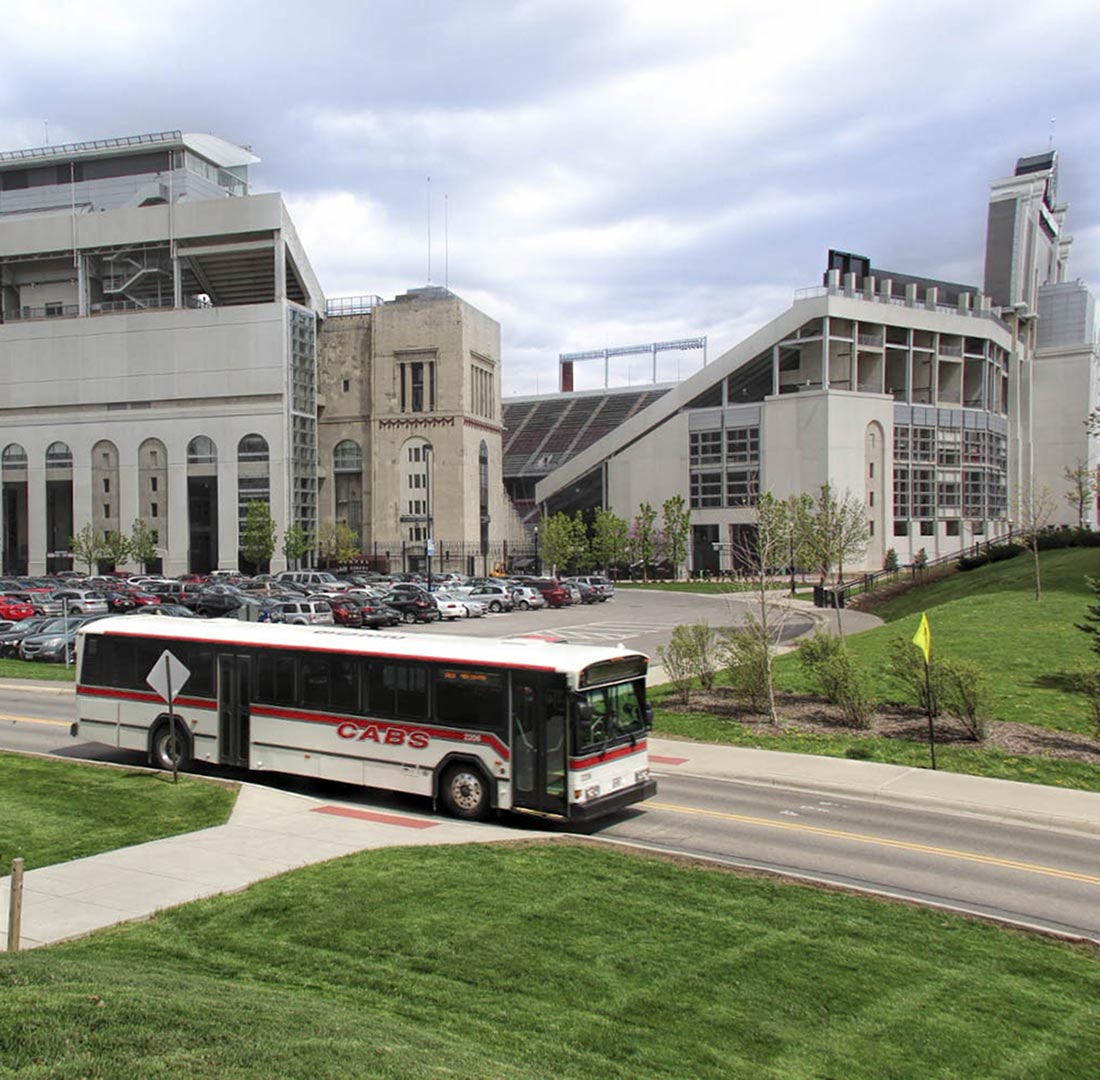 From automatic vehicles to the EcoCAR

In 1967, a man looks under the hood of the Olsen automatic car. Now, graduate student Margaret Jane “M.J.” Yatsko makes adjustments to the EcoCAR in the Center for Automotive Research (CAR) garage. Ohio State’s EcoCAR team works to shatter the boundaries of sustainable automotive engineering. 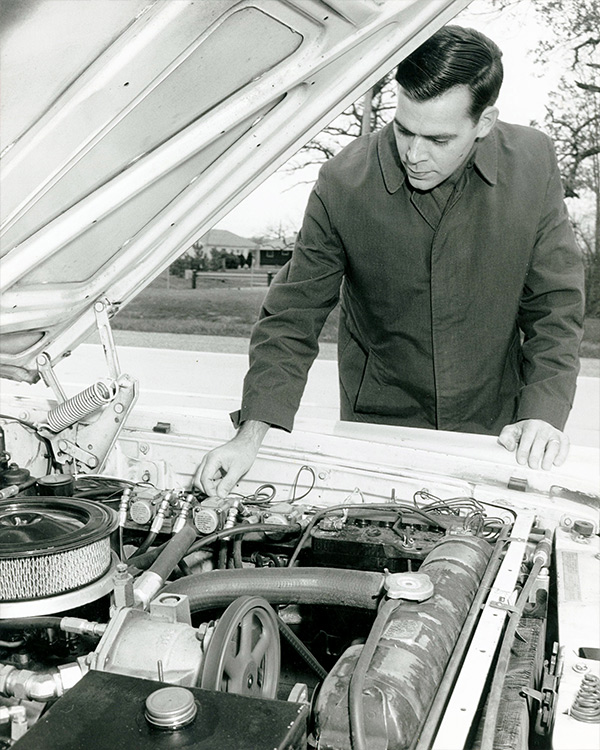 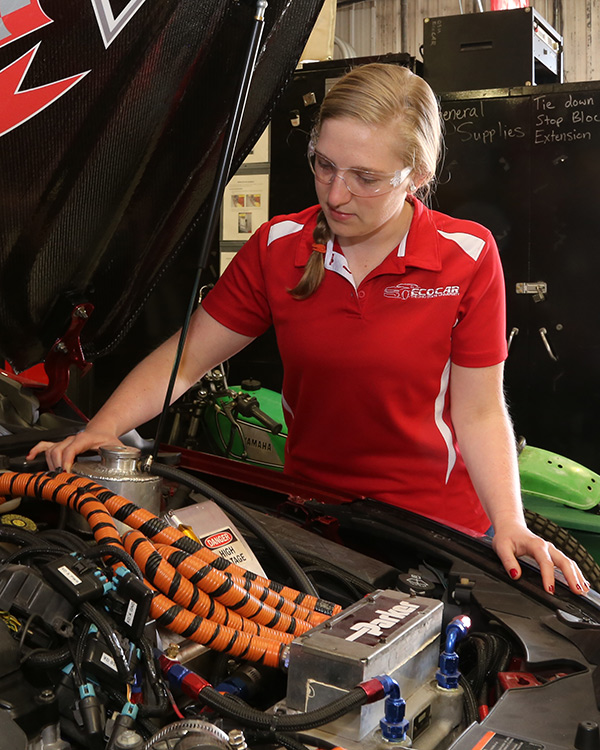