A cross-disciplinary team of Ohio State researchers has discovered that e-cigarette manufacturers are making health claims that likely won't stand up to new Food and Drug Administration regulations. 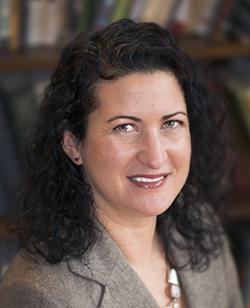 As many Americans reach for electronic cigarettes in place of  — or in addition to — traditional smokes, they’re likely encountering a lot of unproven claims that the new products are safer and can help smokers quit.

And up until recently, the Food and Drug Administration had little authority over that.

Research from The Ohio State University highlighted how common these health claims are and found that many wouldn’t likely stand up to recently announced FDA regulation.

Regulatory oversight of those claims, announced earlier this year, brings all tobacco products, including liquids used in vaporizers and e-cigarettes, under the same government oversight. All products must now carry warnings they contain nicotine, which is addictive. 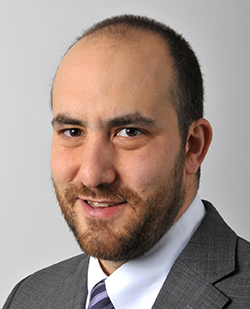 This comes as sales of e-cigarette products are rising about 25 percent a year, according to industry projections. Some experts have estimated electronic nicotine devices will overtake cigarette sales within a decade. Use among kids and teens already is more prevalent than cigarette use.

Now that electronic devices fall under the Family Smoking Prevention and Tobacco Control Act, manufacturers will have to submit applications to the FDA and eventually change packaging.

Ohio State experts from the College of Public Health and the Moritz College of Law say many unproven health claims have been circulating and that misinformation could have a lingering effect on consumers. And they emphasize the importance of the FDA’s now working consistently to prevent unapproved health claims.

“The FDA can and should take action to ensure that inaccurate and misleading claims are discontinued,” they wrote in the study, which appeared in the journal Tobacco Regulatory Science.

“The majority of smokers are interested in quitting and it is essential for the FDA to ensure that consumers are not misled into choosing products based on inaccurate health-related claims,” said Elizabeth Klein, the study’s lead author and associate professor of health behavior and health promotion.

The study found that most manufacturer and retailer sites made at least one health-related claim, most often saying that e-cigarettes were less harmful than traditional cigarettes and didn’t carry the same second-hand-smoke risks. Others claimed that e-cigarettes posed no health risks at all.

These messages have shaped consumer perception of electronic cigarettes and similar devices and may have left the American public with false perceptions that will be difficult to reverse, Klein said.

“Once these messages are communicated to consumers, you can’t un-ring that bell,” she said. “We want to be sure that consumers are accurately and correctly informed about their health decisions.”

Now that the FDA rule is in place, prohibitions against unauthorized claims will be in effect as of late this summer. That means that manufacturers that want to market products as healthier or safer than cigarettes must first apply to the FDA and provide evidence to back the claims.

Cigarette makers aren’t allowed to indiscriminately boast that their products are better for you than others. Until the recent FDA action, electronic cigarette businesses could make all the claims they wanted about reduced risk. And they did.

Of the 110 websites studied, 71 percent of manufacturer sites and 47 percent of retailer sites made at least a single claim that fell into the “modified risk” category, in which the sales pitch includes the idea that electronic devices are better for you than cigarettes or reduce your exposure to dangerous chemicals.

The researchers found the sites using six common terms consumers use for electronic nicotine devices on the search engines Google, Yahoo and Bing.

Among the claims they found: “The realistic experience of smoking without the serious health issues associated with tobacco cigarettes,” “…you won’t inhale any of the carcinogens or other harmful components found in smoking,” and “Traditional cigarettes have over 4,000 harmful chemicals that are not found in SMOOTH Disposable Electronic Cigarettes.”

The sites also commonly emphasized lower dangers from second-hand smoke and that they were good tools to help people quit.

“These are claims that they shouldn’t be making, but they were relatively common,” said Micah Berman, a study co-author and assistant professor of public health and law.

E-cigarettes are battery-operated devices that deliver nicotine with flavorings and other chemicals in vapor instead of smoke.

Sales of e-cigarette products are rising about 25 percent a year, according to industry projections.

Little is known about e-cigarettes health risks, but many claims are being made by manufacturers. Of 110 websites studied at Ohio State, 71 percent of manufacturer sites and 47 percent of retailer sites made at least a single claim that electronic devices are better for you than cigarettes or reduce your exposure to dangerous chemicals.

More than 250 e-cigarette brands are currently on the market.

E-cigarettes are newly regulated by the Food and Drug Administration, which has prohibited sales to anyone younger than 18 and will oversee advertising claims.