Graduates of Ohio State's Advanced Computing Center for the Arts and Design worked on Oscar-winning films Zootopia and Piper.

Ian Butterfield remembers the first time it really sunk in. He was in an airport and caught a glimpse of a child watching an animated movie. What caught Butterfield’s attention were the characters. It turned out the child was watching characters that Butterfield had helped create.

“It’s just this thing you’ve built and brought into pop culture. There’s something that’s kind of magical about that,” said Butterfield, an Ohio State alumnus who’s been working with Walt Disney Animation Studios for four years. “It’s fun to see your work come to life.”

Butterfield is what’s called a “look development artist,” focusing on creating character details like hair, clothes and eyes. “We’re basically responsible for the look of the 3D character,” he said. “We provide information through texture maps and shaders to make it more believable. 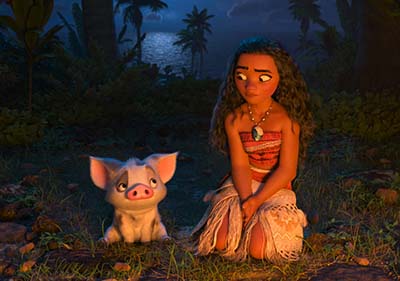 Another perk of his job is when the films are honored with prestigious awards. He has credits on several Oscar-nominated films including Big Hero 6, which won for Best Animated Feature Film in 2015. And this year, he worked on Oscar-winning film Zootopia, as well as nominee Moana.

In fact, Butterfield wasn't the only Ohio State alumnus keeping a close eye on the Academy Awards this year when the winners were announced in February. Several of the films nominated this year feature work by alumni who developed their creative skills at Ohio State.

Butterfield remembers when he first visited Ohio State and saw the university’s Advanced Computing Center for the Arts and Design. ACCAD is a unique research center on campus that allows students in different programs across the university to study a common subject – computer animation. Butterfield was instantly hooked.

“Once I visited ACCAD I knew I wanted to go to Ohio State,” he recalls.

In 1999, he enrolled in the Art Department’s MFA program, and got involved in ACCAD right from the start. Butterfield says ACCAD allowed him to pursue his passion for art while also learning the technical skills he needed to do animation.

“ACCAD was invaluable to me,” he said. “While I was there I learned almost everything I needed to work in the industry. It was the thing that launched me.”

Ohio State’s innovative work related to animation dates back to Professor Charles Csuri, regarded as a pioneer in the field of digital art and computer animation. In 1971, he started the Computer Graphics Research Group within Ohio State’s Department of Art. Csuri started the group to bring together faculty and students from multiple disciplines to study computer graphics and animation.

It’s this spirt of collaboration that makes ACCAD so unique, according to director Maria Palazzi, who’s also a professor in the Department of Design. ACCAD creates collaboration between students and faculty in fields such as art, dance, design and others, who then come together to study computer animation.

“Part of what makes ACCAD great and strong is that these departments are connected to us through their students, and we connect the students through computer animation,” Palazzi said.

Another alumnus who worked in ACCAD is Dr. Ferdi Scheepers, who graduated from Ohio State’s Department of Computer Science and Engineering in 1996 with a PhD in computer graphics.

“Those sorts of collaborations really gave me the foundation and the expertise that I use in my work today. To be at ACCAD where computer science students and artists collaborated, it was just fantastic.” 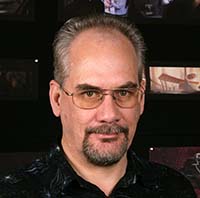 Today, Scheepers is an effects artist and technical director at Pixar, where he’s worked since 2002. He’s worked on several Oscar-winning films, including Inside Out, Toy Story 3, Wall-E and The Incredibles and added to that list when Piper, an animated short film about an anxious bird who develops a love for the ocean, won the Oscar. Scheepers oversaw all the animated effects in the film. And just like live action films, animated films have visual effects, too, Scheepers explains. One example in Piper is when the birds run along the sand and individual grains gets kicked in the air.

“Other effects like lapping waves, millions of foam bubbles and creating water that seeps into the sand really hasn’t been done in computer animation to the level of detail we attempted,” he said.

When the Oscar went to Piper, Pixar marked its first win in the Best Animated Short Film category since 2001. And although the awards are nice, Scheepers said, that’s not his motivation. After decades in the business, he said the most rewarding part is seeing all his hard work come to life and entertain audiences around the world.

“It’s an amazing job, although a lot of us say it’s not a job--it’s too much fun. Don’t tell Pixar, but some of us would probably work for free,” he said with a laugh.