Since 2002, Ohio State students have been supporting kids fighting cancer through the BuckeyeThon dance marathon 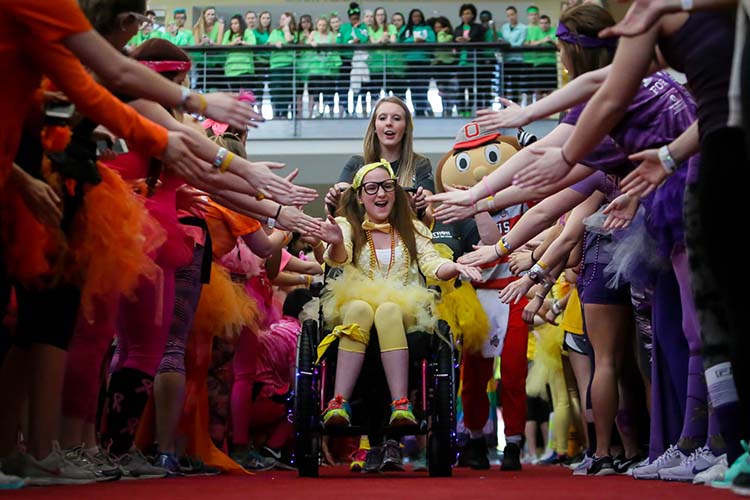 Yellow is the color of happiness, says 13-year-old Avalon Havan, a survivor of pediatric cancer, and such a fitting hue for the tutu, tights and headband she’ll wear as she rolls her wheelchair down a red carpet at this year’s BuckeyeThon dance marathon. Thousands of Ohio State students will be there to cheer her on.

The largest student-run philanthropic group at Ohio State, BuckeyeThon hosts fundraising events throughout the year, culminating in a 24-hour dance marathon that will rock the Ohio Union this Friday and Saturday. The efforts have raised more than $5 million for Nationwide Children’s Hospital since 2002, while also giving students experience in service, leadership and the nonprofit sector. 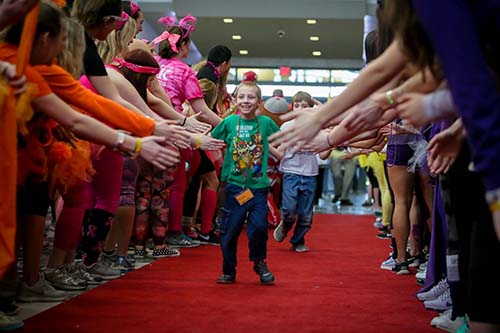 Avalon has been involved in BuckeyeThon for 12 years. “It’s probably better than Christmas for our family,” says her mother, Alicia Hall ’93. “We get hugged by thousands of people. It’s wonderful, positive, loving energy.”

More than 4,000 Ohio State students take part in each marathon, making it the largest among hundreds of such dance marathons nationwide in terms of student participation. About 20 families whose children have been treated at Nationwide Children’s also are involved each year, and thousands of pediatric cancer patients benefit. Proceeds support research, clinical trials, art therapy, music therapy and educational programs for the kids.

Diagnosed with leukemia at 17 months, Avalon completed chemotherapy treatments a decade ago. But the damage they caused has required a dozen surgeries, eight on her brain, and more than 100 spinal taps, MRIs and CT scans. “If I am going through a bad time and don’t feel like I can do it anymore, I remember that everyone at the BuckeyeThon is helping me and that I should help, too,” she says.

“It’s very easy for me to connect with these kids and the families, not just about cancer itself, but the way it changes your life and perspective as a child,” says Stranges, who was treated at Nationwide Children’s and Ohio State’s James Cancer Hospital. “Leading the organization is a way for me to give back to the doctors and a hospital that supported me when I was going through my cancer journey.” 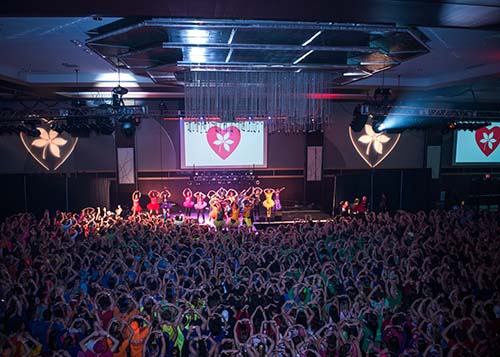 BuckeyeThon is the largest student-run philanthropic group at Ohio State.

He first got involved with BuckeyeThon as a high school student when his sister Olivia Stranges ’14 joined the organization and encouraged him to host a dance marathon at his high school. Since then, 17 Columbus area high schools have followed suit.

“Our motto is, ‘Every kid deserves to be a Buckeye,’” she says. “We have an obligation to provide opportunities to those who will come after us.”

That includes Avalon, who wants to study drama or nursing at Ohio State. But for now, she’s busy making 1,000 yellow bracelets to give away at this year’s dance marathon.

It is there that she will dress in the color of happiness, where she’ll spin like the sun and where the world will revolve around her and her family.