The coolest place on campus 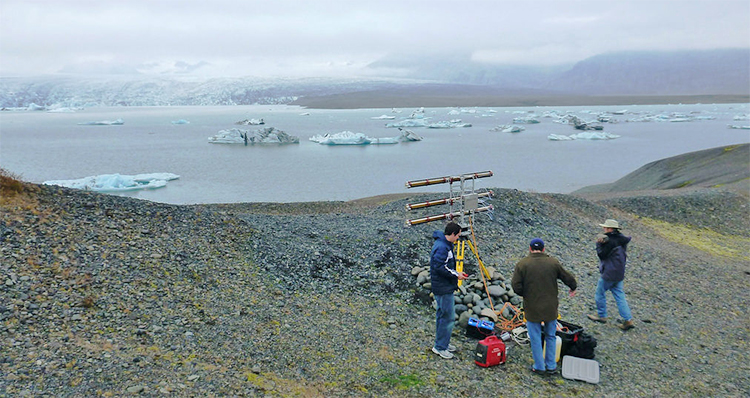 Ohio State’s Byrd Polar and Climate Research Center (BPCRC) is a world leader in polar and alpine research, but it also presents great educational opportunities for students. With world-renowned experts, research in 14 focus areas and numerous avenues for student involvement, the Byrd Center is a place that can help you expand your knowledge and learn more about our world’s changing climate.

Here are six cool reasons to learn more about what the Byrd has to offer: 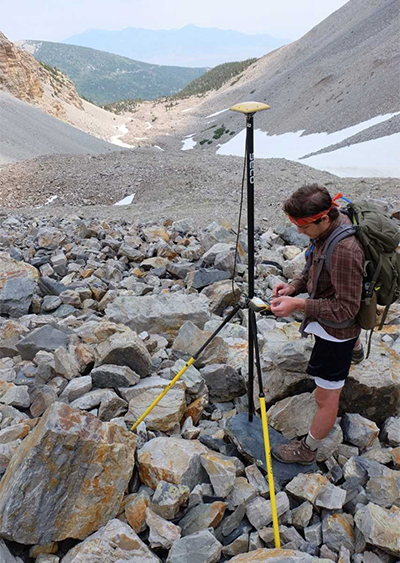 The Byrd Center offers great opportunities for student involvement. The center offers paid and unpaid part-time and full-time positions to undergraduate and graduate students from a wide variety of majors, including geography, engineering, environmental policy and even design, among others. The Byrd Center involves its student employees in close to every facet of the center’s operation, including data collection and analysis, office and administrative work, the writing of scientific articles and climate change outreach. The center also offers some scholarships and research grants.

One student who has taken full advantage Byrd's undergrad research opportunities is John-Morgan Manos. Manos, an Atmospheric Sciences major with Geography and GIS minors, recently graduated from Ohio State. During his time on campus, he traveled to Great Basin National Park in Nevada twice to do field research. “I was allowed to design this (research) project and how I wanted it to be done . . . they really allowed me to take the reins,” he said. “I’ve been involved in the entire scientific method: forming a hypothesis, collecting the data and analyzing the data.”

Some of the most diverse climate research in the country happens at the Byrd Center. The center’s focus areas include climatic reconstruction using ice cores and ocean sediment cores, modeling of polar weather and climate, studying glacier and ice sheet dynamics, monitoring frozen and liquid water using satellite and aerial platforms, examining geochemistry in polar environments, documenting the history of polar exploration and several more. In comparison, the vast majority of polar research centers focus on research in only one or two areas. 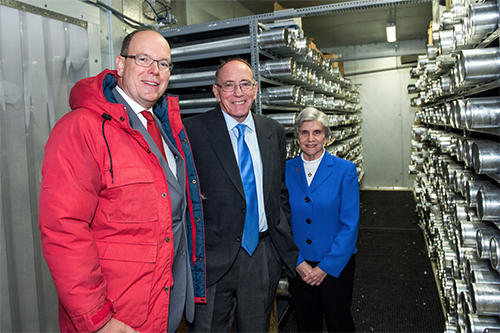 The Byrd Center is home to world-renowned paleoclimatologists Lonnie Thompson and Ellen Mosley Thompson. These two do unparalleled work in the field of polar and climate research, and they’ve been doing it for almost half a century. The researchers are passionate about outreach: Lonnie and Ellen have traveled throughout the state speaking to students about climate change, both at the collegiate and at the grade school levels. Both served as advisors for Al Gore’s award-winning 2006 climate-change documentary An Inconvenient Truth.

The center hosts research expeditions all over the planet — every continent except Australia — and the student researchers they employ sometimes join the excursions to help collect ice and rock samples, set up equipment and maintain records. It’s a way to see the world and learn at the same time. 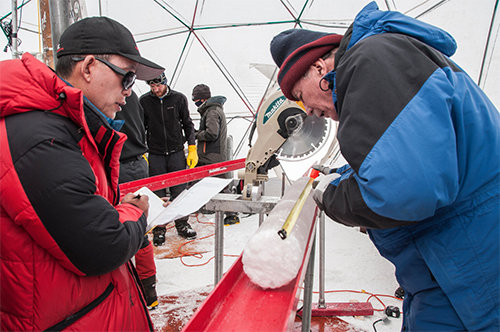 The Byrd Center has some seriously impressive ice and polar rock collections. Its ice freezer is used to store ice cores — long cylindrical cutouts of glacial ice — and is one of the largest ice collections in the world, storing almost five miles of ice at -30 degrees Fahrenheit. And the Polar Rock Repository houses 42,000 rock samples collected by U.S. research teams in the Arctic and Antarctic regions and is the nation’s official federal facility for polar rock storage. What’s more, you can visit both the freezer and the rock repository; the center gives public tours once a month.

Last but certainly not least, several locations in Antarctica have been named in honor of work done by the Byrd Center. A few are Ohio Range (named in honor of the center), Brecher Glacier and Mount Brecher (both named for Henry Brecher, a senior member of BPCRC who conducted Antarctic glaciological investigations for over 30 years), and Grunow Peak (named for Anne Grunow, who is currently senior research scientist at Byrd and a curator of the Polar Rock Repository). Byrd Glacier is also named for the center's namesake, in recognition of his contributions to the field.