From Ohio State to COSI to NASA, Anna Voelker's story is a journey that started with struggle. 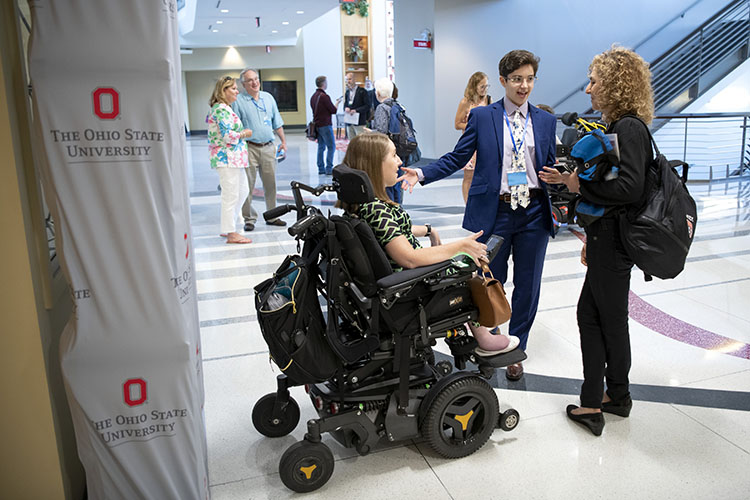 Anna Voelker (center) speaks with two presenters at SciAccess, a conference she hosted at Ohio State that was dedicated to improving accessibility to science.

When Anna Voelker arrived at Ohio State as a freshman, she had sky-high expectations for herself.

However, she didn't meet those expectations. In fact, she struggled.

Then, she took control. Voelker sought out anyone who could help her, anything that could propel her toward her ambitions.

The payoff was enormous in both lessons learned and incredible successes.

One of those successes came at the end of June with her SciAccess Conference — the culmination of her President’s Prize — at the Ohio Union where she welcomed 250 attendees and 60 speakers from across the globe to discuss how science and STEM can be more inclusive.

The conference provided an exclamation point to a collegiate career that launched Voelker down a path she didn’t know existed when she arrived in Columbus.

As for the lessons, here are five any college student can take to heart.

Voelker’s passions for both science and inclusion developed at a young age. But it wasn’t until her sophomore year at Ohio State when those seemingly disparate subjects unified.

“I started with this passion for accessibility through the Shakespeare and Autism program,” she said. “I’ve always been interested in anything I can do to make things equitable and accessible, but I never considered specifically working with children with disabilities until I took this class.

“It was life-changing to see how something like a theater program could reach people and help them work on these life skills. I got really passionate about accessibility from there on out.”

And it got her thinking… 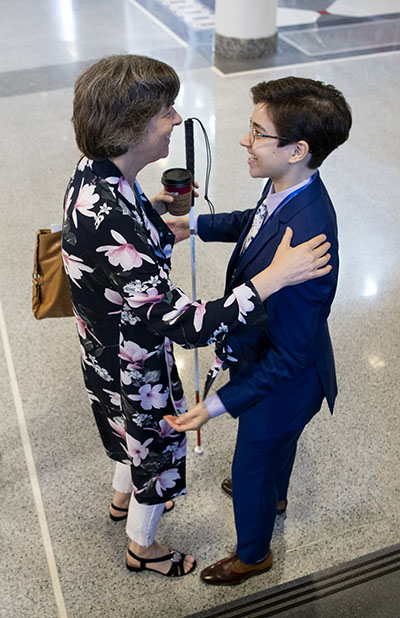 Anna Voelker was able to connect her passions for science and accessibility at Ohio State by creating a custom degree through the university's Personalized Study Program.

Voelker may have fallen in love with outreach and accessibility, but being a double-major in physics and astronomy didn’t quite fit her ambitions.

Then she discovered Ohio State’s Personalized Study Program and customized her own major: Science Communication and Accessibility, the only known major of its kind, according to her advisor John Beacom.

“The fact I could hand-select the courses I’m most passionate about was a big part of my college experience,” Voelker said. “It made me realize this path was possible. It was a huge change for me.”

Prior to customizing her major, Voelker had struggled with grades — but went on to record 4.0s every semester following the change. The customized major wasn’t the only thing that helped her improve her grades.

A former high school valedictorian, Voelker logged a GPA that hovered under 2.5 after her freshman year.

“I was too shy to ask for help from professors and classmates,” she said. “One thing I always tell high school students is be honest about what you don’t understand. Not doing that made my life harder.”

“Studying with other people turned my career around,” Voelker said. “My two best friends now are from my freshman year physics class. We needed each other and now we’re lifelong friends.”

Following her difficult freshman year, Voelker was devastated to learn her low GPA meant she could not apply to work at NASA. Instead of sulking, she emailed a dozen astronomers and researchers in her hometown of Pittsburgh. One of them was the director of astronomy at the University of Pittsburgh, who designed an internship for her.

“Whatever you are passionate about, there are people doing what you want to do who will be generous with their time,” Voelker said. “You’ll be surprised how willing they are to help you.”

Her advice? Find 10 people doing what you want to do and send them an email with a simple request: “Can we talk?”

“That’s how I got started in astronomy research,” she said. From there, it was just a matter of reaching for the stars.

In Voelker’s time at Ohio State, she delivered a TEDx talk, organized a planetarium show at the Columbus's Center of Science and Industry, worked for NASA, starred in a YouTube show, won the President’s Prize, traveled the globe doing research and coordinated a huge SciAccess conference.

“Normally a conference of this size, you’d have a staff of seasoned professionals,” Beacom said. “But this was one person: Anna. She consistently chooses goals that are way too big and accomplishes them.”

Voelker said that’s one reason she chose Ohio State in the first place.

“I have a lot of ideas and I’m open to changing paths if I come across something new I’m passionate about,” Voelker said. “I wanted a big school with a lot of opportunities. I thought Ohio State would have that and it turned out to be true, it really does.” 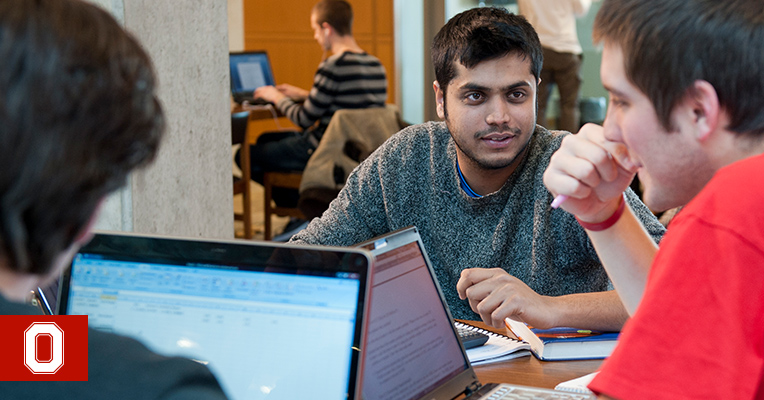 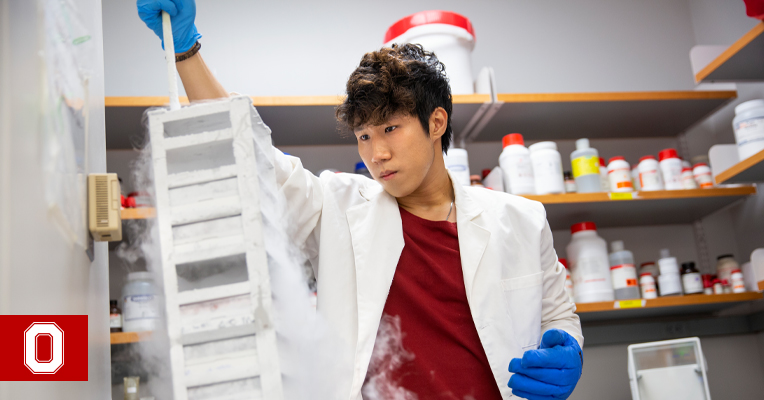 Out of this world

Ohio State helped Michael Chung discover how he can blend his talents to help address muscle atrophy in astronauts. 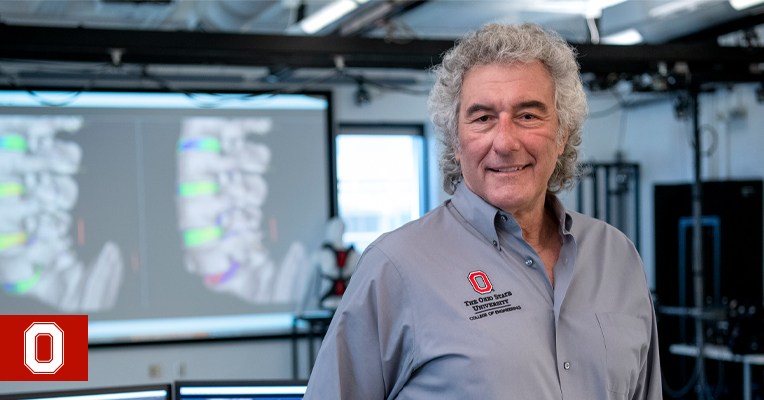