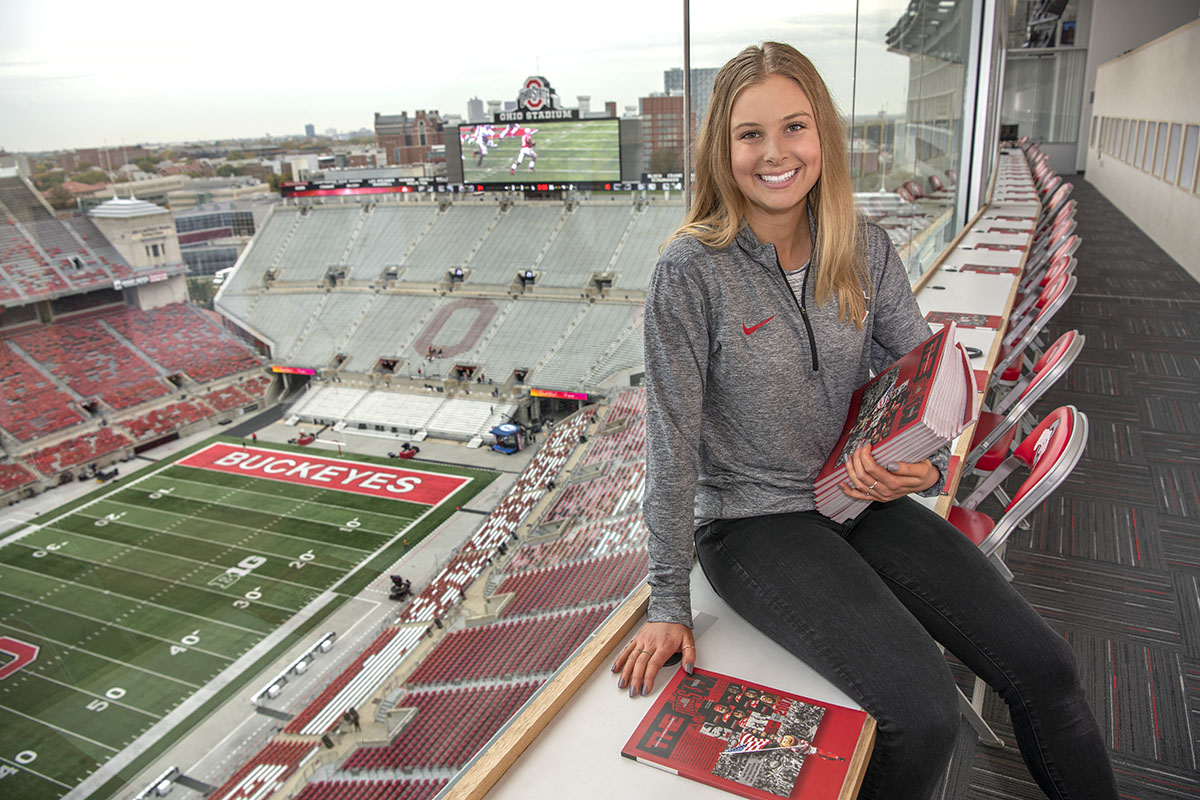 Kylie Sturgill, a senior communication major, does everything from interviewing Ohio State’s athletes to running stats at events to writing game stories in her role as a student assistant for the athletics communication team. Part of her duties include helping the sports information team support media coverage for home games. 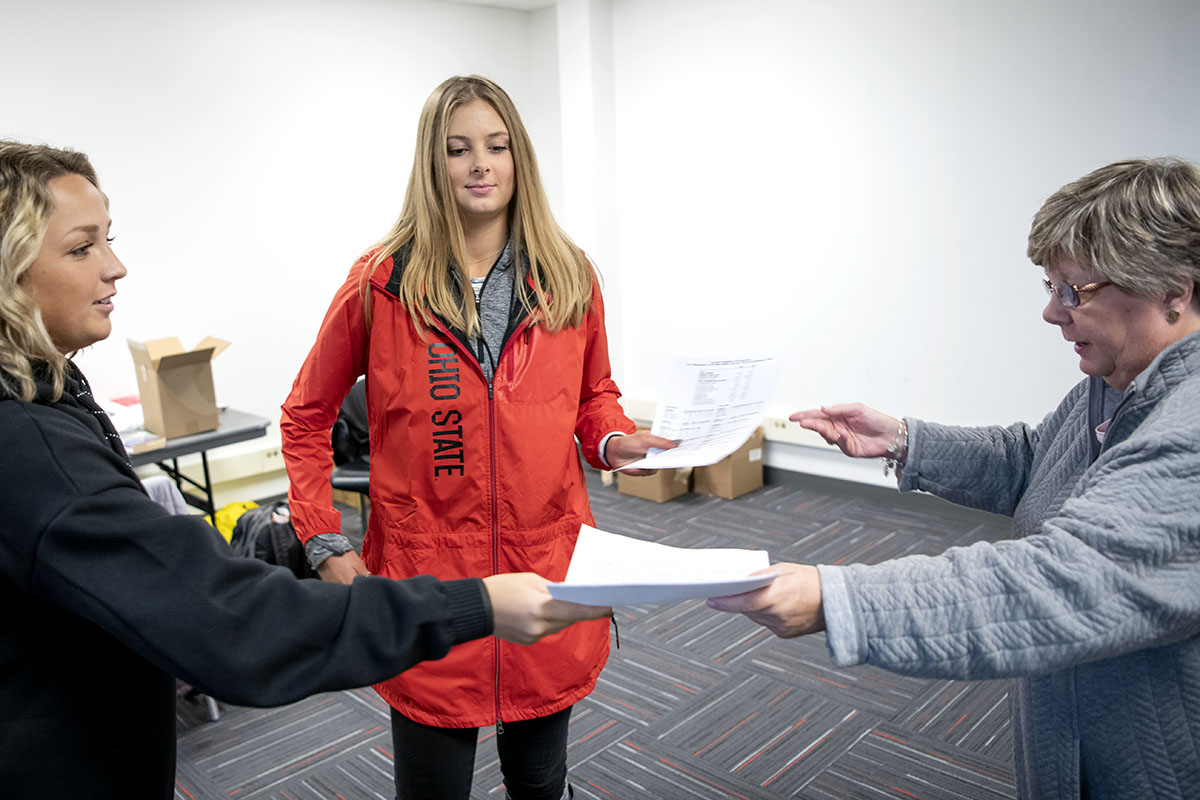 The Friday afternoon before Ohio State’s home victory over Wisconsin in October, Sturgill and the sports information team meet to get organized for Saturday’s media coverage. Once seating charts are prepared and press kits are ready, the team heads out to Ohio Stadium. “It’s a special opportunity to be behind the scenes and help make game day actually happen,” she said. 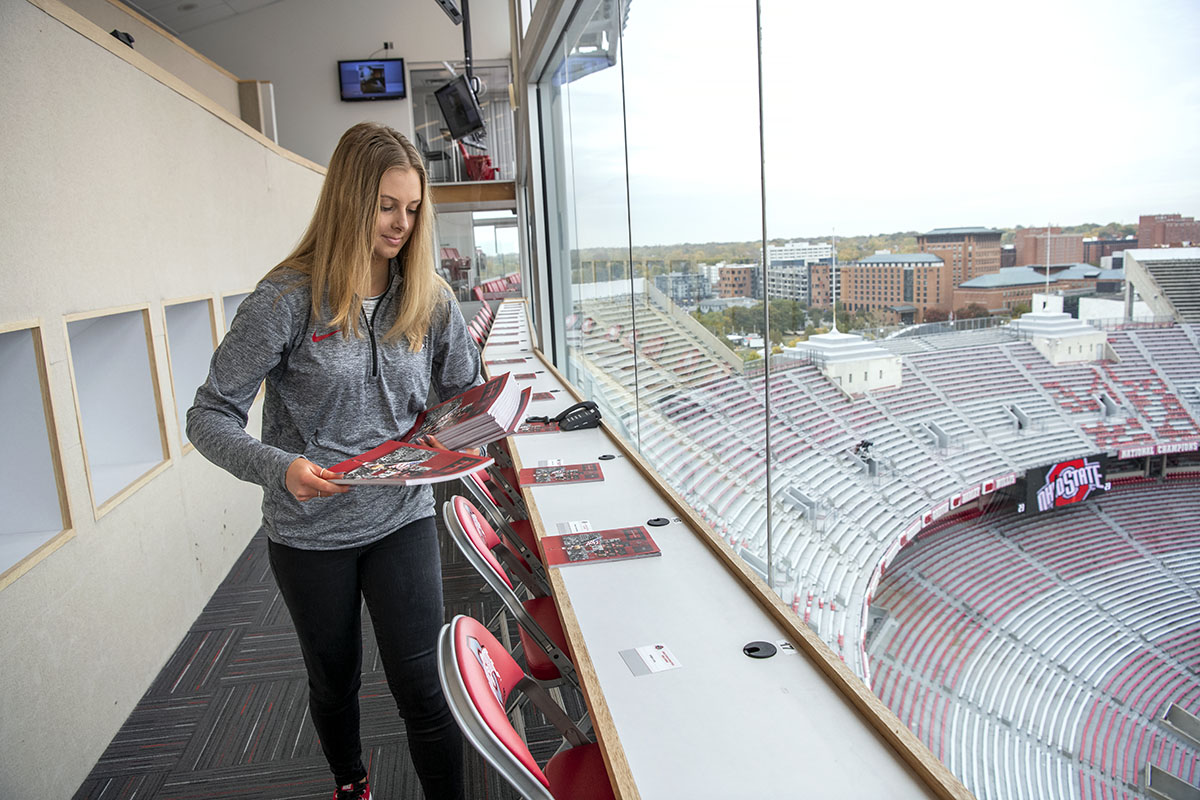 Sturgill helps set up home and visitor press boxes Friday afternoons. Saturday mornings, they’ll return to the Stadium about three hours before kickoff and stay well past final interviews to make sure media members get all the stats, quotes and story information they need. “I wake up and think, I can’t believe I get paid to do this,” she said. “This is something people dream of doing each Saturday.”

Kylie Sturgill has a clear vision for her career, down to what her daily routine could be one day. That’s because most of it has been revealed through her student job in Ohio State’s athletics communications department.

The senior from Findlay oversees communications for the women’s golf team and is part of the sports information team at home football games. Sturgill hopes to become a director of athletic communications for a Division I university’s sports programs in a major athletic conference, similar to Ohio State, or for a professional sports team.

“It’s an amazing student job, a hidden gem of student jobs on campus,” Sturgill said. “Seeing everything it takes to put on (football) game day here is incredible.”

For student assistants such as Sturgill, that work begins the Friday before a home game when they set up press boxes at Ohio Stadium for media members who will cover the game.

Saturday game days begin three hours before the game, when the communications team organizes media credentials. During the game, they compile statistics and help media members with whatever they need. Post-game, Sturgill is heavily involved in press conferences, helping full-time staff coordinate interviews with coaches and players.

Her daily work involves mostly communications for women’s golf — writing press releases and stories, updating websites and social media and making sure media members get interviews with the golfers. Sturgill also supports game coverage for the other Ohio State teams during events: running stats, posting to websites or whatever is needed.

In her time with Ohio State Athletics, Sturgill has interned with Ohio State Digital Media and with the video services teams. She’s also been able to work with the Big Ten Network and Fox Sports Ohio along with being able to volunteer at the men’s and women’s NCAA basketball tournaments and the Big Ten Football Championship.

“I chose Ohio State because of the academics and because of opportunities like these,” Sturgill said. “And I knew there was a huge alumni presence. The networking opportunities I’ve gotten because I’m a Buckeye are tremendous.” 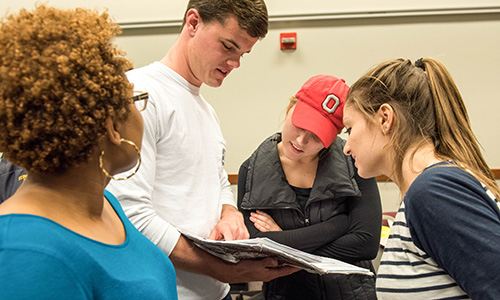