Need someone to talk to? Buckeye PALs are hoping students will reach out to talk and learn about Ohio State’s helpful resources. 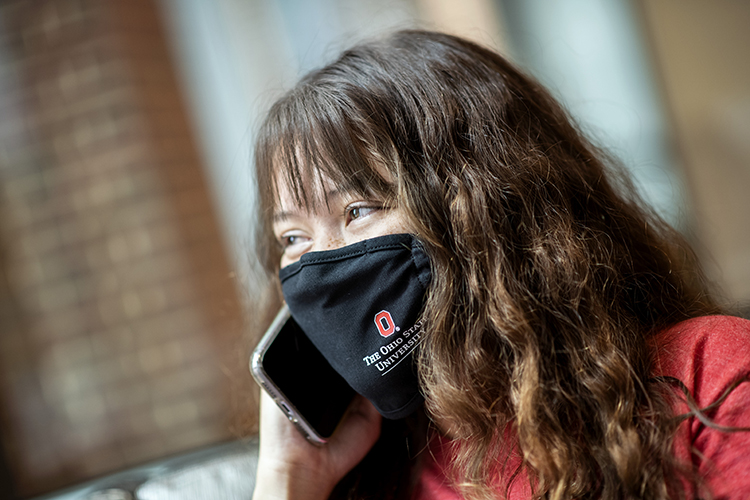 As the phone call comes to an end, Maheera Syed can hear it in their voices.

Students who call into the Buckeye Peer Access Line (PAL) and speak to student volunteers such as Syed about whatever is stressing them often seem relieved.

“You can usually tell there’s a change in their mood,” said Syed, a psychology major who graduates in May. “To not feel judged about what they’re going through, and instead be heard and acknowledged, they’ll feel better. It’s nice to know that.”

The Office of Student Life’s Student Wellness Center started PAL in autumn 2019 to give students a non-emergency peer-to-peer outreach line to promote student development and well-being. It gives students a space to talk through struggles they’re having — say with a class or relationship — while learning about other campus resources.

PAL is considered a “warm line,” a term that refers to a non-emergency line, and it was one of President Michael Drake’s top recommendations from his Suicide and Mental Health Task Force report in September 2018.

And it was an idea that came from the students themselves.

Emily Kearney remembers it clearly. It was April 2018 when an Ohio State student jumped off a parking garage. Seventy-two hours later, a former student jumped from the same spot.

After they heard about the second student tragedy, Kearney and her roommate, Carmen Greiner, sophomores at the time, started talking.

“We sat down and said, OK, what is Ohio State missing?” said Kearney, a PAL student manager and neuroscience major set to graduate in May. 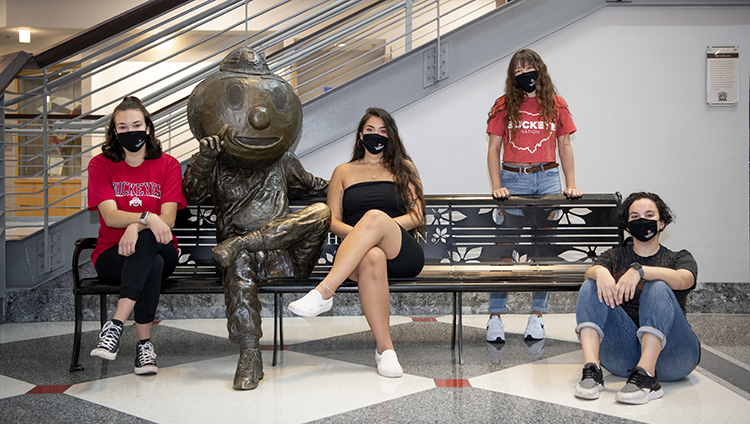 Kearney’s mother had attended the State University of New York (SUNY) in Albany. At SUNY, they had had a student “warm line” to help students talk through problems before they became emergencies. Kearney and Greiner did research and found similar warm lines had been successful at universities such as Texas A&M and Washington University in St. Louis.

After she heard President Drake had formed the Suicide and Mental Health Task force, she emailed those heading up the effort, Javaune Adams-Gaston and Eileen Ryan.

“I woke up the next day and I had a reply from Dr. J, let’s meet,” Kearney said. “It was surreal, like wow, they wanted to hear from us. So we presented our idea.”

By January 2019, PAL was being created. It was part of President Drake’s goal, also in the report, to create a culture of care. That struck a chord with Ivory Levert, then working in Ohio State’s First Year Experience program.

“It’s pretty intensive training,” Syed said. “Whether or not I ever became a PAL, I’m thankful I went through it. It’d be good for every student to go through it, really.”

Training includes individual reflection, learning active listening and motivational interviewing techniques, an in-depth understanding of campus resources, role playing and gaining an understanding of the challenges sub-populations — such as international students, students of color or those from the LGBTQ community — endure.

“Learning motivational interviewing is a major component,” Kearney said. “It’s about helping the student come to a realization themselves by asking open-ended questions and getting them to think about their options and their situation as a whole.”

‘No student should ever feel alone’

The PAL team regularly meets to adjust training and learn ways to handle new situations. For instance, during the COVID-19 outbreak, PALs are up to date on the resources that can help students deal with online classes or feelings of isolation.

“I would absolutely recommend students call right now,” Levert said. “Students are experiencing varying levels of stress, this isolation, this huge shift in their college careers.

“As students are navigating all these feelings, maybe they’re not super comfortable talking with friends or family members and sharing raw concerns about financial security or food insecurity that might be impacting them. So they can call us; it’s anonymous and it is a great resource.”

The number of callers to PAL has steadily increased since it started. Being a new program, it’s still trying to get the word out in an effort to increase callers.

One problem many of the Wellness Center programs such as PAL struggle against is a stigma around asking for help. But because PAL is a warm line, no problem is considered too small to talk through. If a problem is too big, PALs can connect a student to emergency hotlines immediately.

“We live in a society where people feel weak asking for help,” Syed said. “But the reason human beings exist is for each other. There’s strength in being able to ask for help. No student should ever feel alone. We’re here for you.”