Faculty examine voting rights issues
As the 2016 Presidential election takes center stage in the battleground Buckeye State, Ohio State experts are studying changes to voting laws, the role of gender and race in voter turnout, and the role of money in politics to identify key factors in 2016.

Moritz College of Law professor Daniel Tokaji said a move in 2014 by majority-party Republican Ohio lawmakers to eliminate “Golden Week,” a five-day span when Ohioans could register and voting could happen at the same time, will have an impact on Ohio’s voting electorate.

“This is going to affect African-American voters [in Ohio] more severely than other voters,” said Tokaji noting that the “souls to the polls” early voting campaign in black churches resulted in voter participation among African-Americans on par with white voters in 2012 and 2008. 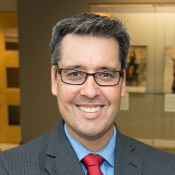 This change to the Ohio early-voting law is just one example of alterations to voting laws made in a handful of states across the country that may lessen the turnout of black voters, according to Tokaji.

Ohio Republican leaders have said the elimination of “Golden Week” in 2014 would help combat voter fraud and save money. They noted, in a federal court brief, that Ohio still has 23 days of in-person voting, ranking among the top 10 states in number of days.

Ultimately, a U.S. Court of Appeals for the Sixth Circuit ruled 2-1 ruled 2-1 that the elimination of “Golden Week” did not violate the Constitution and the Voting Rights Act by disproportionately impacting minority voters.

Meanwhile, looking at the impact of race and gender in voter turnout models is Wendy Smooth, an Ohio State Associate Professor of Women’s Gender and Sexuality Studies and Political Science.

Smooth said the polling data done before the Republican and Democratic national conventions showed that the gender gap—the propensity of women to support Democratic candidates at higher rates than men—doesn’t exist across all racial groups. “We are actually not seeing a sizable gender gap among African-Americans, but we certainly are among whites,” she said. Smooth said during the 2012 election a significant gender gap was prevalent across all racial groups.

African-American women will be a key component of a Democratic voting coalition in November, according to Smooth.

“What I call ‘The It Factor’ will be black women voters,” she said, noting that Clinton has reached out to African-American women at several points during her campaign. 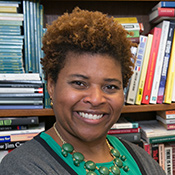 Along with studying changes to voting laws in Ohio and elsewhere, Tokaji said he has been pondering how the role of money in politics is contributing to a sense of powerlessness among less-affluent voters in 2016.

“I think there are a lot of people across the ideological spectrum who feel as they are abandoned and their voices don’t matter,” Tokaji said. “There is a genuine problem with how we are funding our campaigns so that wealthy individuals and interest are represented, and less-affluent people, whether they are white, Latino or African-American, are not,” he said.