Reflecting on a shift in America
J.D. Vance is having a moment. A former Marine and 2009 Ohio State political science graduate, Vance’s recent memoir, Hillbilly Elegy, has landed on the New York Times best-seller list. Lauded by critics for his searing portrait of a culture in crisis, Vance’s piercing book describes his upbringing in southern Ohio and the many problems besetting white, working-class rural Americans.

After appearing on numerous national talk shows to comment on Donald Trump’s stunning political rise, Vance returned to the Buckeye State recently to join in a wide-ranging public conversation with Political Science Department chairman Richard Herrmann. Here are a few (lightly-edited) excerpts from Vance’s remarks as well as from an interview before his talk:

I think there is a lesson there, but I don’t think it’s a partisan message. The message is when a group feels like it’s falling behind and also feels like it’s ignored, I think both sides of that are important. Not doing well, but also feeling ignored. And the reason I don’t think it’s a partisan message is because the takeaway message from the broad white working class is they are not actually happy with either party right now. There’s a clear unhappiness with the direction of the country which isn’t peculiar to this cycle, and I don’t think it’s going away.

I think a lot of elites saw a boorish and offensive guy, but a lot of working class voters saw someone who is relatable, someone who wasn’t afraid to speak off the cuff. That appeals to a group of people who feel like when they talk politics around the dinner table that’s how they really speak.

On mistrust of the media:

People have mistrust for mainstream outlets of information because those outlets have not been especially successful over the past 10 or 15 years. You could have sat in a room full of foreign policy experts in 2003, and virtually everyone said we should invade Iraq and the downside is going to be pretty minimal. You could have sat in a room of bankers in 2007, and they would have said there is no problem in the housing market—housing is not overinflated—and, of course, they were wrong. You could have done the same thing in 2016, and I was a talking head, and people said you saw Donald Trump coming before most people. Do you think he has any chance of winning the general election? And I said, Of course not. Those conspiracy theories have oxygen because there has been a failure of conventional wisdom. Why are people who are so smart and so well-educated so often wrong about the biggest questions facing the country? Until we’ve answered that question and humbled ourselves in the face of those failures, I think people are going to mistrust the mainstream media.

On the challenges faced by working-class Americans:

There’s this sense of no matter what I do, no matter how hard I try that things aren’t going to work out for people like me. When you give up on yourself, and you really believe that because life is hard on you that you have no ability to change your circumstances that becomes the worst of all possible circumstances. You live in a rustbelt economy that hasn’t done especially well, and you have really given up on trying to figure out a better path for your life.

On what his undergraduate education at Ohio State provided:

It was not just the knowledge set, and the books that I read and the reports that I did—although they were important—but also that I learned a way of thinking about the world. A way of taking complex problems and learning to digest them through that lens. So I say if you really hate the book, blame the political science department at Ohio State. 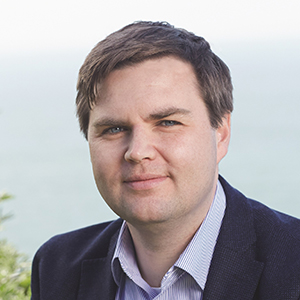