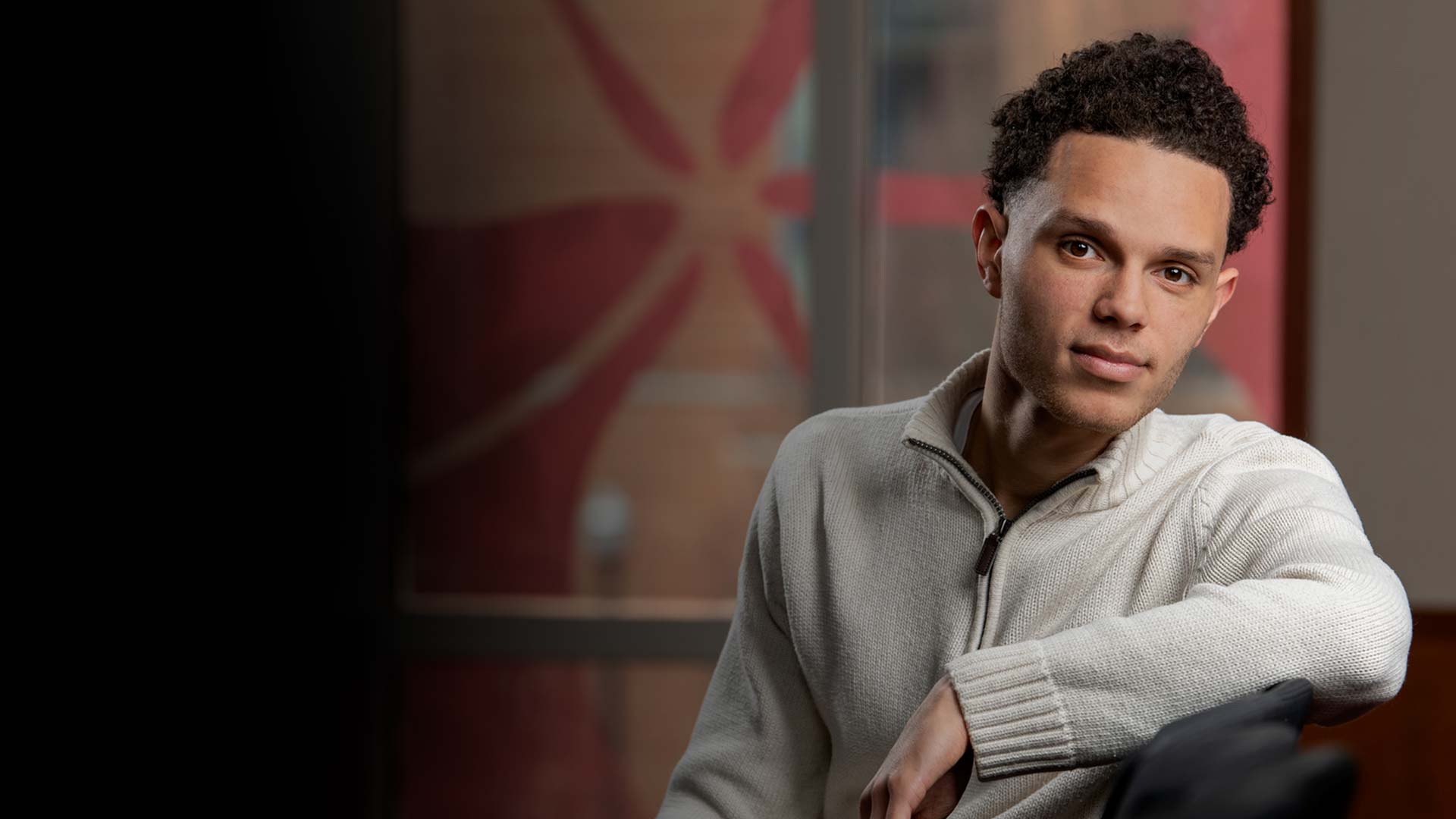 Christian McGhee has walked among the homeless. He’s mentored juveniles in a correctional facility.

He’s seen what happens when children struggle to hang on, to survive.

Instead of drifting away, following any number of career paths open to him, McGhee is helping children and teens leaving correctional centers create a future.

McGhee was a 2018 President’s Prize winner for his vision to fight youth homelessness by creating a transitional home for juveniles leaving correctional facilities.

The project, GROW (Getting Ready Opportunities & Work), aims to create a non-profit transitional home in Columbus for three to five teenagers. McGhee’s vision is to build the leading youth transition centers throughout the nation.

“We want to make a big impact in these kids’ lives,” McGhee said. “I can’t stand to watch kids’ future be squandered because of absence of help.”

It’s a breathtaking dream for a Westerville native who grew up an Ohio State fan and a good student but not necessarily a visionary.

One of those challenges was applying for, and being accepted into, the Fisher Honors Cohort. McGhee entered his junior year.

McGhee’s idea for GROW began with the Honors Cohort’s Impact Challenge. McGhee and his team chose to focus on incarcerated youths following guidance from Susan Colbert, in the Office of Extension, and Franklin County Common Pleas Court Judge Terri Jamison, who educated the team on the difficulties young people face when leaving juvenile detention centers

Once the idea for GROW took root, McGhee looked the problem in the eye. He joined BuckeyeREACH to mentor at the Circleville Juvenile Correctional Facility. He and his team also toured homeless “tent cities” around Columbus to see what homeless teens endure.

While helping people is at the center of GROW, understanding people is bedrock of McGhee’s academics. The marketing major also minors in economics and fashion and retail studies. And he is a research assistant for Steven Spencer in the Self, Stereotypes and Social Norms Laboratory, which McGhee said allows for him to understand issues of stereotyping.

“I’ve always had a heart for understanding people — who they are, what it is they want,” said McGhee, who will graduate in May. “I wanted to use my education to learn about people and meet them where they are.” 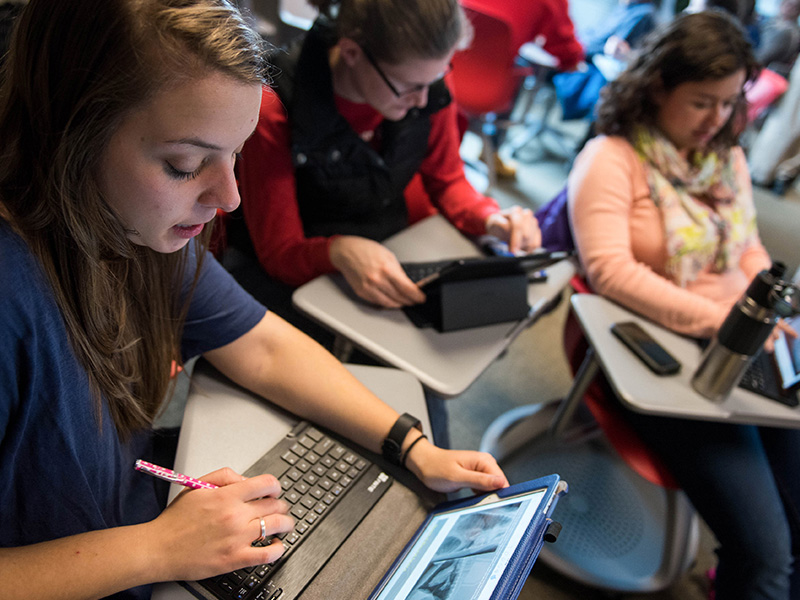 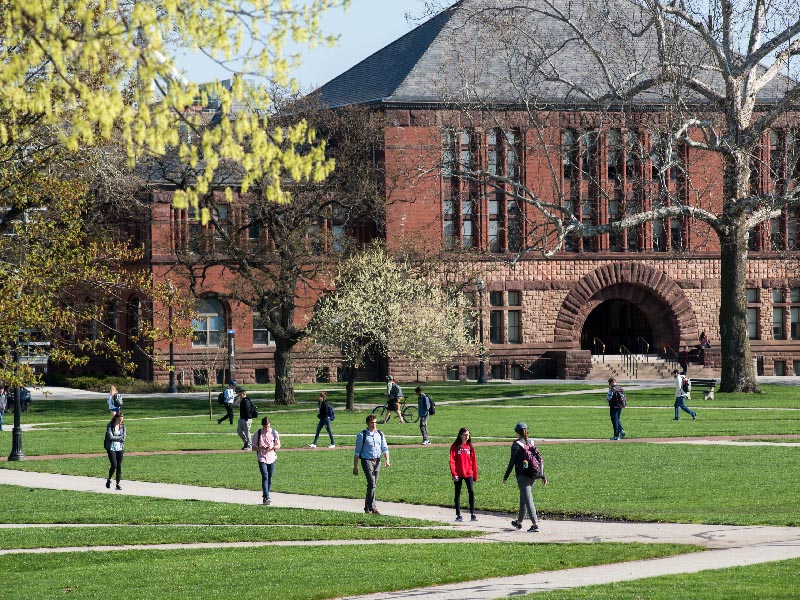 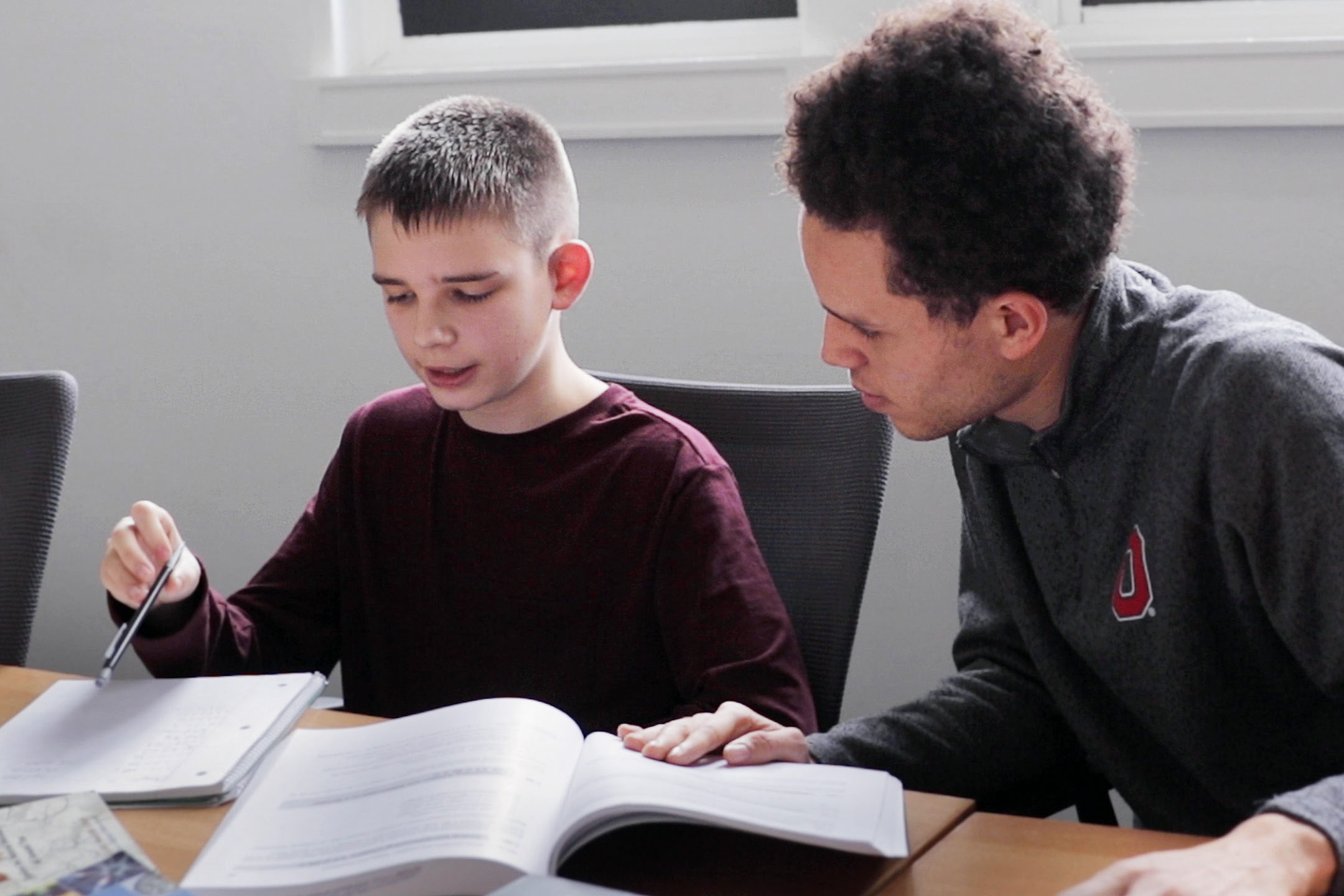 Christian McGhee was introduced to the BuckeyeREACH Fellowship as part of his GROW project. McGhee formally joined BuckeyeREACH this past fall. Through the program, he visits the Circleville Juvenile Correctional Facility twice a month to mentor and create meaningful friendships.

“I was really moved by who the kids were and their capabilities,” McGhee said. “My peers and the people I work with are wonderful, and they make a huge difference in the lives of these kids.”

Members of BuckeyeREACH mentor in either the Circleville facility or the Franklin County Juvenile Detention Facility. Mentors work with the youths in many ways, discussing topics including financial literacy, life skills and professional and social development.

“We build friendships with these kids, and they need that. They need support and structure and people they can look up to,” McGhee said. “The fact we as mentors are able to do that is what makes it so special.” 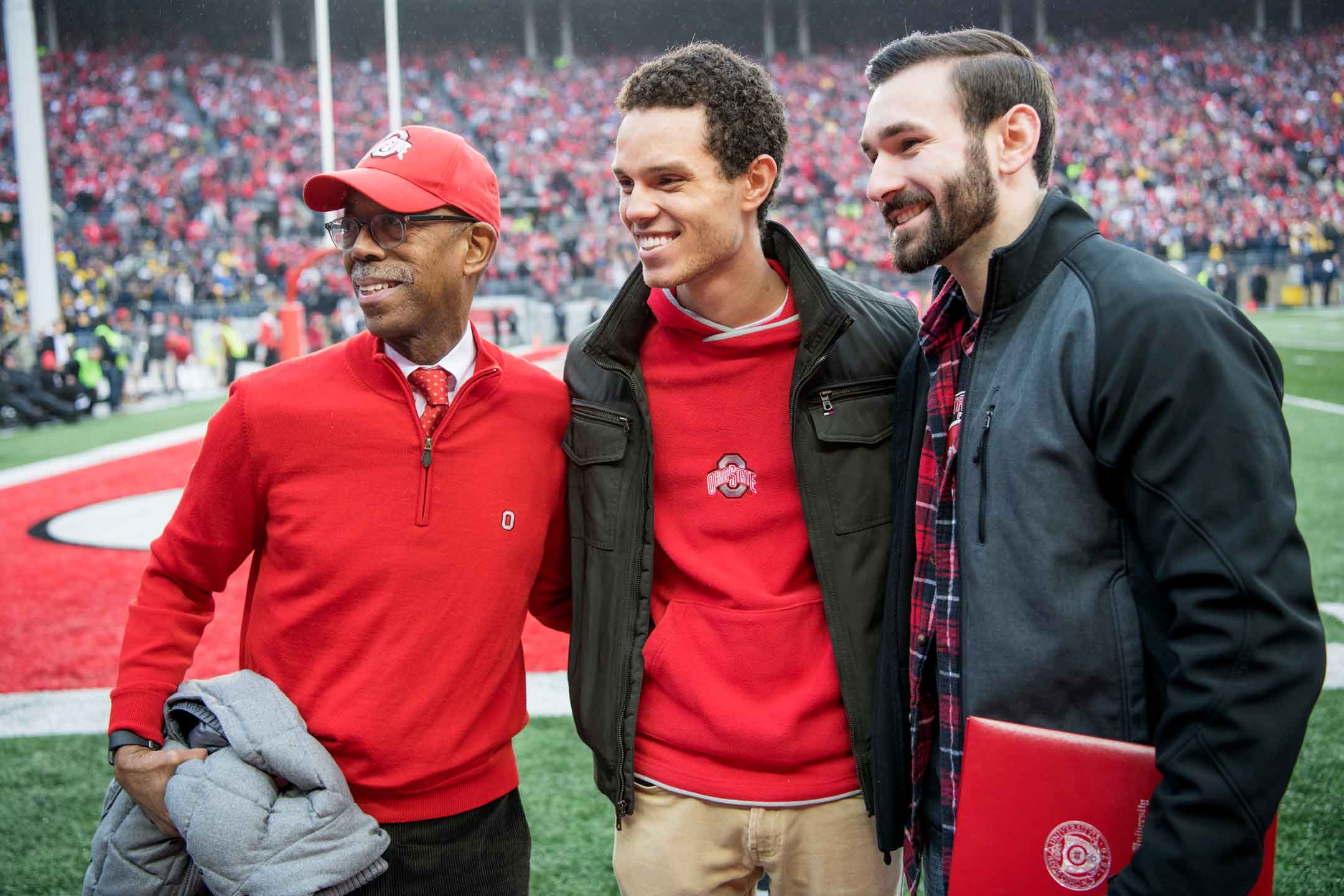 Winning the President’s Prize will allow Christian McGhee to take another step toward a profound vision: Offering homes and hope to homeless children and teens  the nation.

“It’s going to be such an exciting journey and a lot of work,” McGhee said. “But the President’s Prize is allowing me to make a difference, and I’m so grateful I get to live out my dream of doing this.”

The President’s Prize is awarded to two graduating seniors committed to social change. Each recipient receives a $50,000 living stipend and up to $50,000 in startup funding toward a project that positively impacts a community.

McGhee’s GROW project will create a transitional home for juveniles leaving the justice system, providing professional and therapeutic services along with a place to stay. While the short-term goal is to create one home in Columbus, McGhee hopes to create similar centers across the nation, one city at a time. 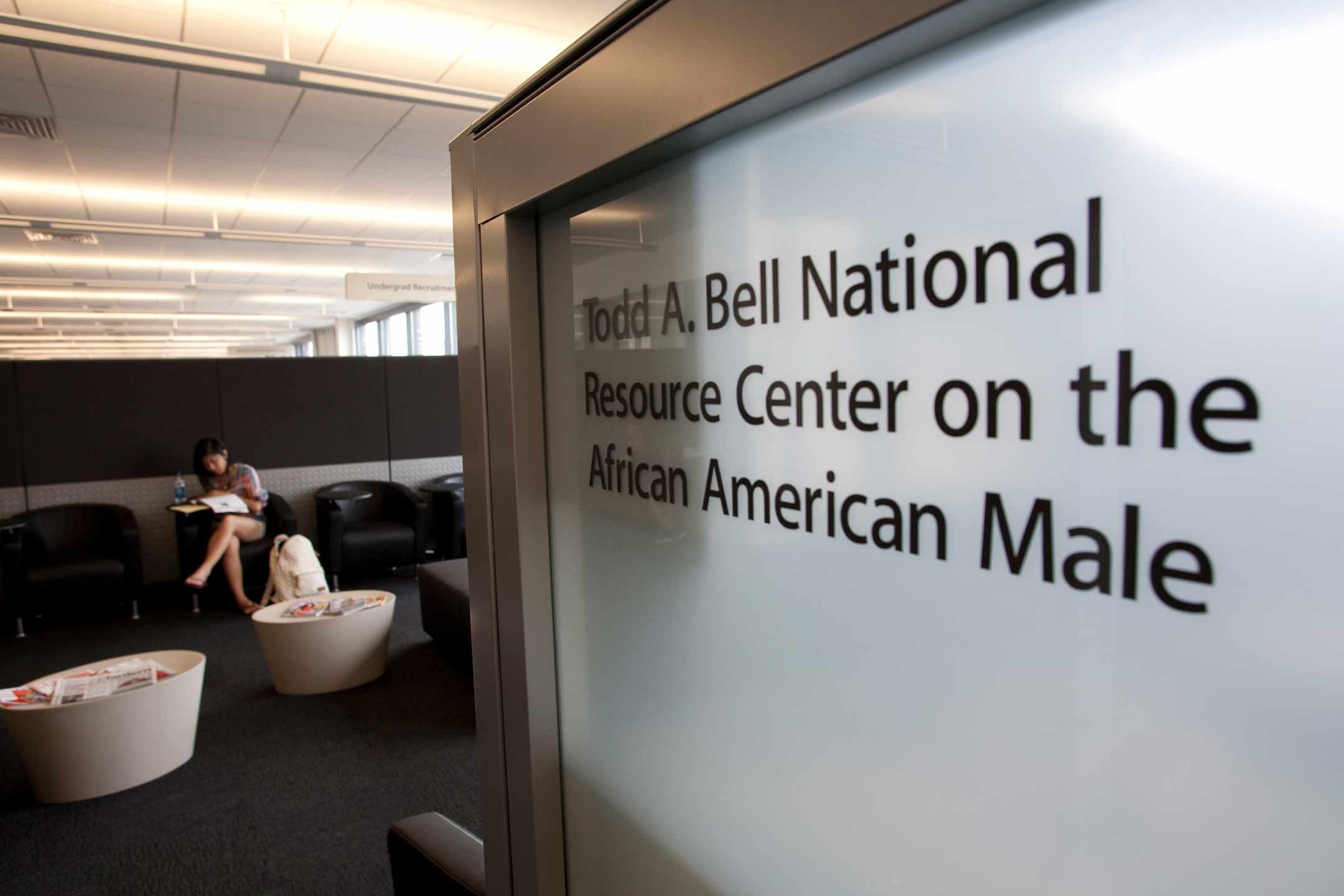 Christian McGhee’s love for mentorship found a home in the Todd A. Bell National Resource Center on the African American Male.

“The Bell Center empowers and enables African Americans to become engaged on campus and have a sense of community,” McGhee said. “It is really about helping people know where we come from and who we are, building a bridge of understanding. I’m so grateful to be affiliated with it and have the experiences that have been given to me through it.”

“It’s about knowing the issues they deal with and giving them someone to call on if they need advice or help,” McGhee said. “It’s a wonderful way to create new pathways for other African American students to make Ohio State a place they want to come to.” 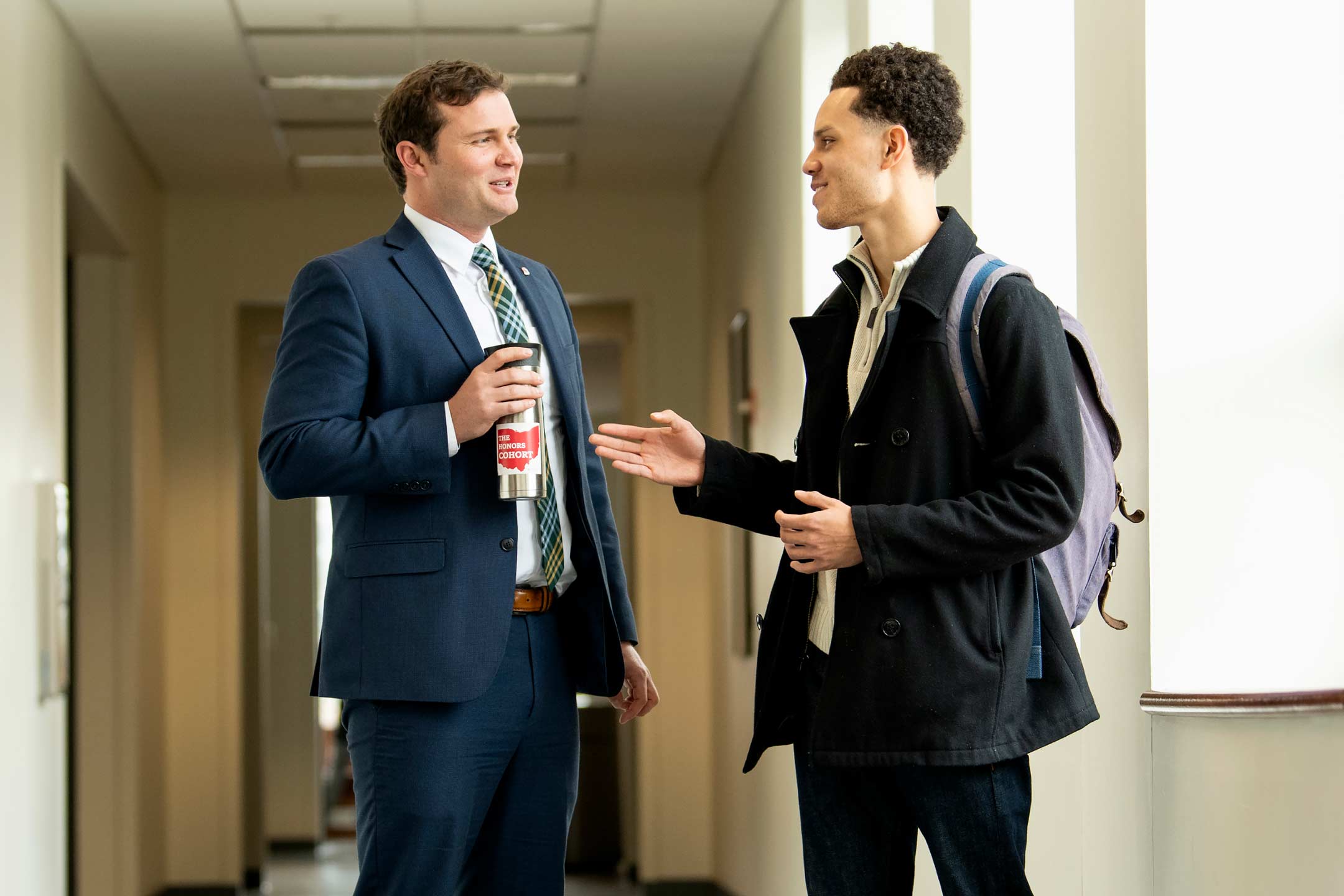 When Ohio State President Michael V. Drake interrupted a test to inform Christian McGhee he was a President’s Prize winner, Ty Shepfer was watching from the back of the classroom.

It was an excellent vantage point for a professor who helped his student discover and chisel out a vision.

“Seeing Christian get recognized, being part of that journey, that’s why I love what I do,” said Shepfer, a Fisher College of Business senior lecturer and director of the Honors Cohort Program.

When McGhee joined the Honors Cohort his junior year, it was a turning point.

“When I first joined the program, I was not the same person,” McGhee said. “I was less confident and strong in a number of my skills. Ty really pushed me. There was one instance he said, ‘I don’t think you have a clear vision for yourself — you need to figure that out.’ It made me take time to reflect on what I wanted to do with my life.”

Expecting excellence in a supportive role is the culture among mentors, professors and leadership at Ohio State, Shepfer said. Along with that, the university is committed to preparing students for an evolving future.

“There are stats out there that say 50 percent of the jobs that will exist 10 years from now don’t exist today,” Shepfer said. “That tells us as an academic institution the skills we’re teaching our students have to be for the jobs that exist tomorrow. Ohio State does this across disciplines and colleges, giving students ambiguous tasks and letting them surprise you. They may stumble and fall several times before they figure it out, but that’s the exact skillset we need to be teaching.”

And in many ways, McGhee’s experience in the Honors Cohort is a microcosm of his evolution as a student and a person from the time he entered Ohio State.

“From the time I first interviewed Christian, you could tell there was a lot of potential there. It was just figuring out how to unlock it,” Shepfer said. “And to see his level of growth in a year and a half is incredible. He’s at a point now where he’s a man on a mission. He’s found his voice, his purpose — the sky is the limit for him.”

Maggie Griffin is another student who unlocked her potential at Ohio State.