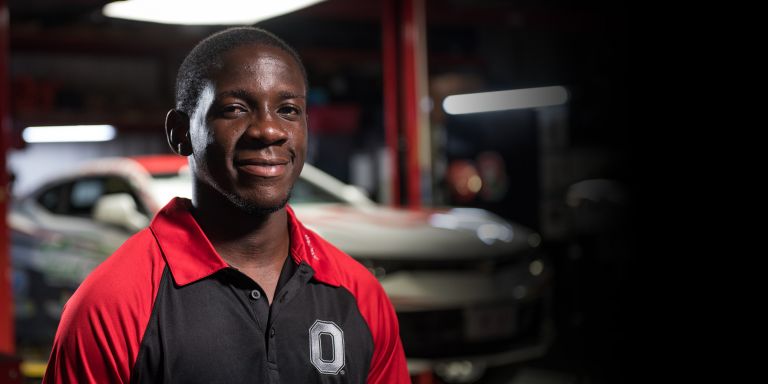 Dennis is driving innovation in his homeland.

Dennis Kibalama dreams of a day when he will see more "Made in Uganda" labels on the products he buys.

Coming to Ohio State to study engineering wasn't about what he wanted to be.

It was about what he wanted to do.

In his homeland of Uganda, nearly 65 percent of the population lives on $3.10 or less daily. But the nation aspires to become a middle-income economy by 2040: a vision for the future that includes good jobs, quality health services, empowerment through education and a clean environment.

"Every Ugandan has a part to play," Kibalama says. "I saw myself playing a part through automotive engineering — a passion of mine."

Kibalama and his colleagues at Kiira Motors Corp. are building a new automotive industry in Uganda. Started in 2018, the company’s vision of cars and buses fueled by solar power has the potential to create thousands of jobs for Ugandans.

To do his best for his country and Kiira Motors, Kibalama needed to gain a deeper understanding of clean automotive technologies. Ohio State was his top choice because of its winning EcoCAR program at the Center for Automotive Research.

As part of a nationwide competition sponsored by the U.S. Department of Energy and General Motors, students are reengineering a Chevrolet Camaro to reduce its environmental impact without sacrificing the high-performance consumers expect out of a quintessential American muscle car.

The 40 students on Ohio State's EcoCAR team represent a range of majors and gain hands-on experience with engineering, marketing, educational outreach and more. Kibalama was the electric propulsion system lead engineer, contributing to the high-voltage system's design and integration, implementation and testing.

Kibalama celebrated another first-place finish with the EcoCAR team the summer of 2017 before returning home with a master's degree in electrical and computer engineering from Ohio State. He's eager to get to work — to create green vehicles, to pioneer a new future for his country.

"Growing up, my parents instilled in me the value of education — saying you can really change the world with it," Kibalama said. "I am really excited to see something I had a hand in on the road. It gives me great pride and joy that it is actually made in Uganda."

By day, Shawn Midlam-Mohler teaches in the College of Engineering's Department of Mechanical and Aerospace Engineering and directs the Simulation Innovation and Modeling Center.

By night, he coaches students to become EcoCAR champions. 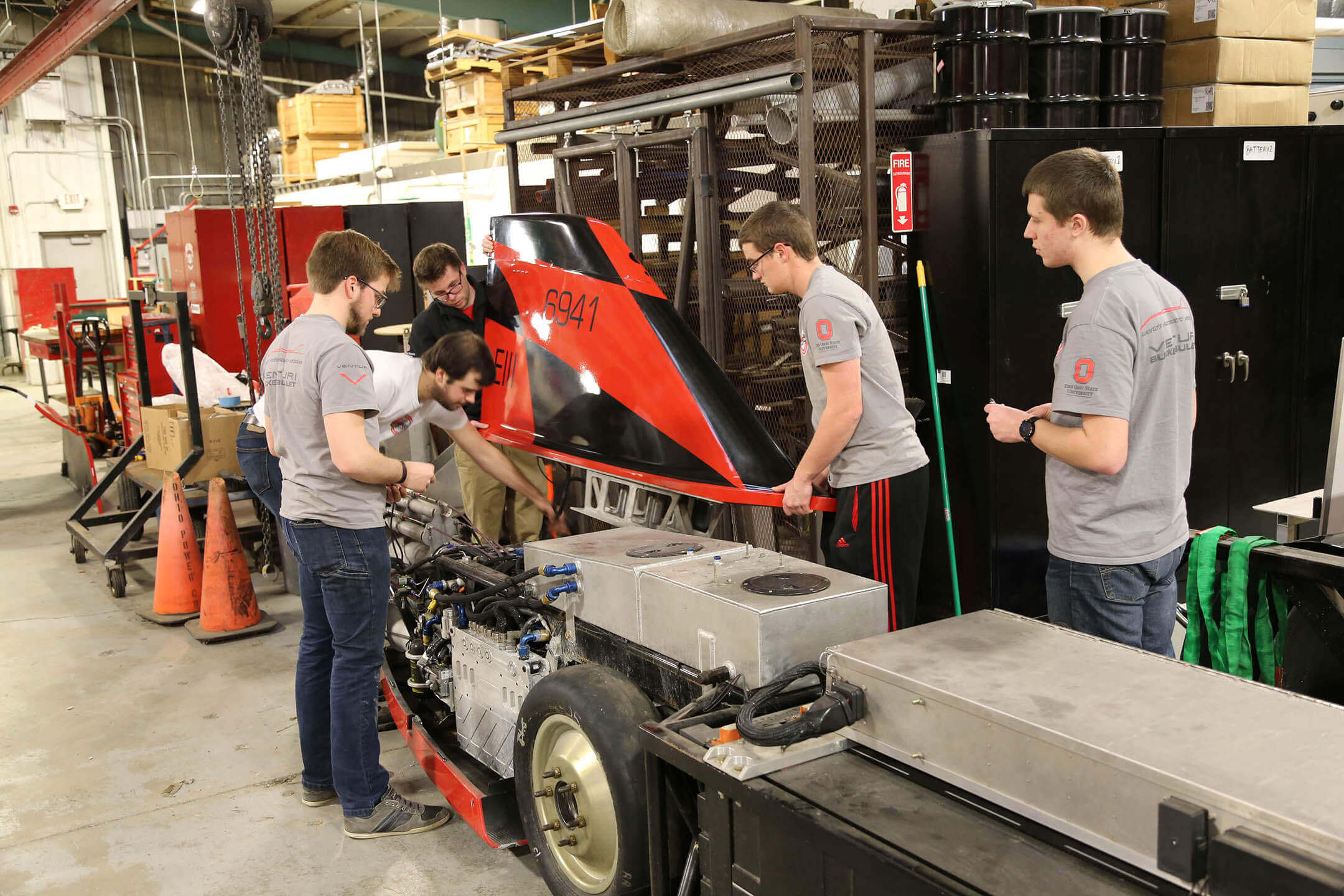 The Center for Automotive Research garage buzzes year-round with seven motorsports projects that challenge students of all majors, backgrounds and skills to apply research and classroom concepts in a hands-on environment.

Whether it's fabricating an electric motorcycle that smokes bikes from professional automotive companies or re-engineering a Camaro to be a high-performance hybrid, Ohio State's student teams embody the spirit of collaborative competition. 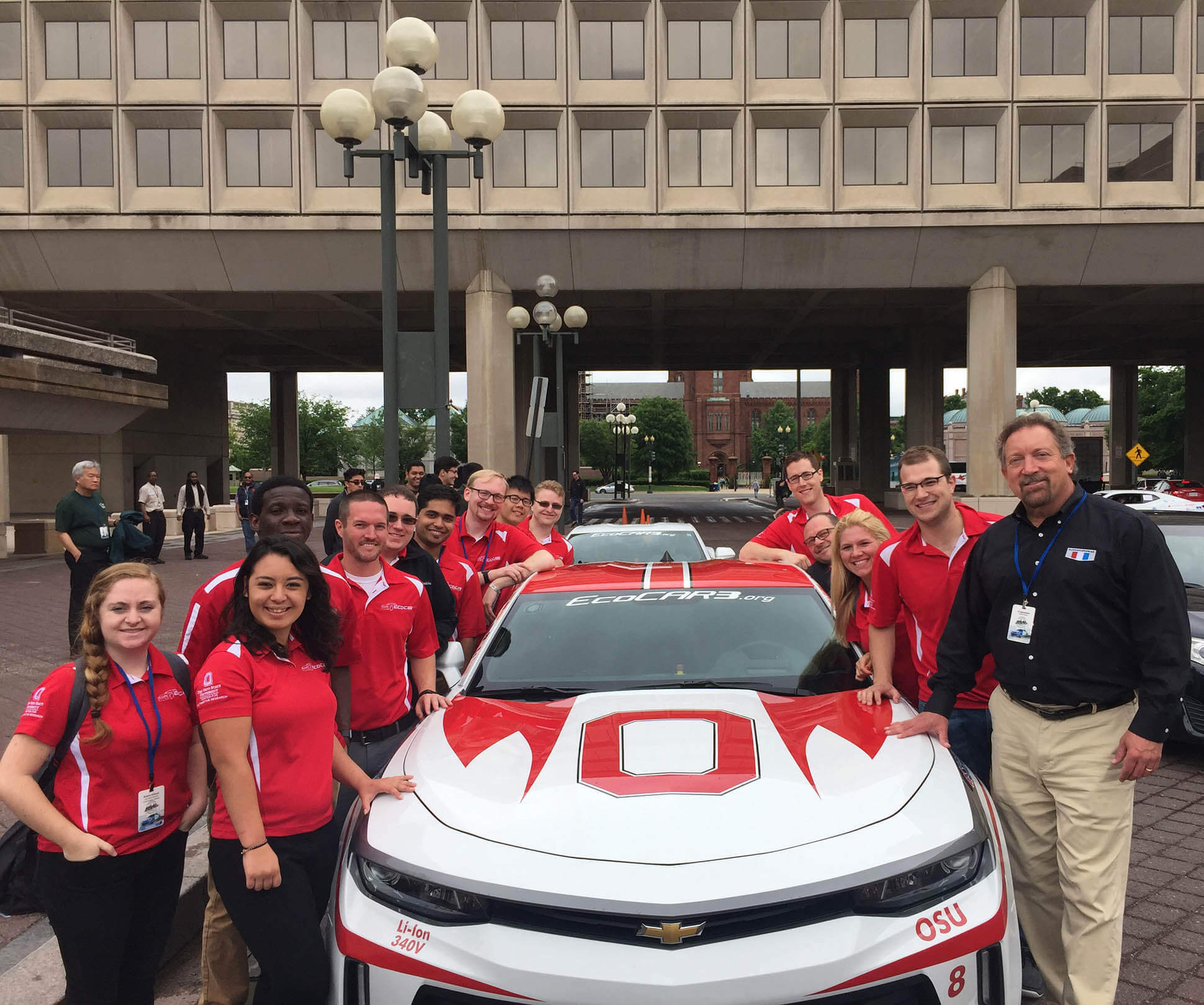 General Motors, Honda, Ford and other auto industry giants frequently send recruiters to the Center for Automotive Research (CAR) for its greatest invention: a generation excited about forging the future of sustainable mobility.

"You can find bright engineers everywhere," CAR Director Giorgio Rizzoni said. "But through EcoCAR, they've been able to identify Ohio State students who are passionate about being automotive engineers, who understand what the challenges are to reach a world in which mobility will be truly sustainable and clean." 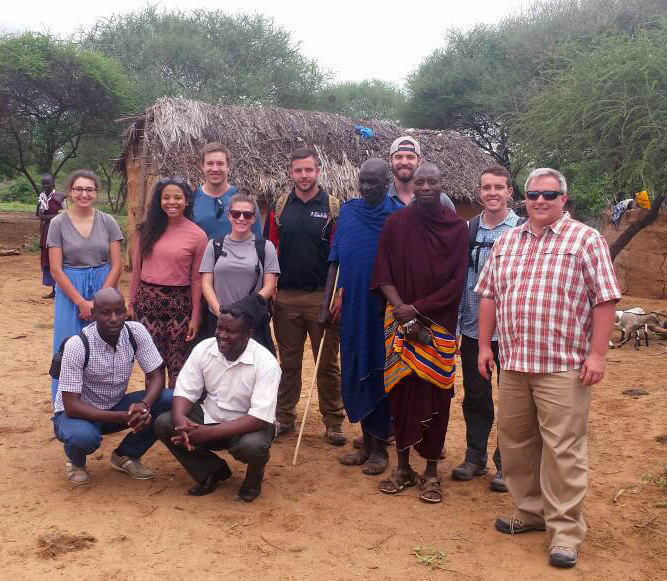 For a greater good

In addition to sustainable mobility, Ohio State students are making positive change in the world through the Humanitarian Engineering Center.

Whether it's collaborating with social work students to plant the seeds for STEM among grade-schoolers in Columbus or bringing clean, safe drinking water to villages in Tanzania, undergraduate and graduate students are empowered to be agents of change during their academic journey as Buckeyes.

Ohio State stood out amongst the competition and truly did an outstanding job.

Since 1979, General Motors has partnered with Ohio State to support students, research and outreach initiatives.

Most recently, GM granted $115,000 to the College of Engineering to attract and retain students from underrepresented groups, especially women, to pursue STEM degrees and careers. The donation will fuel three of the college's diversity programs, including the expansion of two summer programs for high school students at the Center for Automotive Research (CAR).

GM is at home at CAR, where the iconic company and Ohio State have conducted more than 70 research collaborations in the last decade. The center houses Ohio State's EcoCAR team, which has captured top honors four years consecutively in a national advanced vehicle technology competition sponsored by GM and the U.S. Department of Energy.

"GM has been a great partner for us in research as well as in the education of students through this competition,” said Giorgio Rizzoni, director of CAR.“ They understand that serving the industry at large is part of their mission if the American auto industry is going to continue to succeed going into the next century." 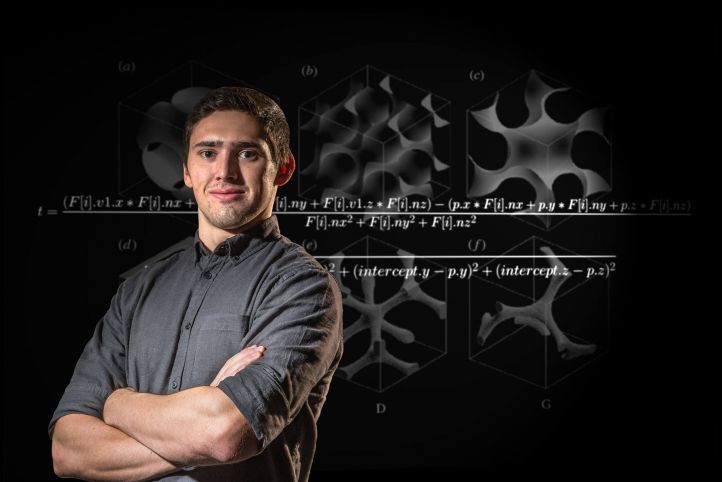 For electrical and computer engineering student Evan Stoddart, a research project at The Ohio State University Wexner Medical Center brought him to the intersection of advanced mathematics and the new frontier of regenerative medicine.

As a sophomore, Stoddart worked as an undergraduate research assistant in the Osteo Engineering Lab, applying mathematical algorithms to determine where microscopic holes should appear in a jawbone scaffold created with a 3-D printer. Those holes allow stem cells to infiltrate the scaffold — growing from the inside out to form a bone where one previously didn’t exist.

"My views of myself as an engineer changed," Stoddart wrote in a recap of his Second-year Transformational Experience Program (STEP) project. "I can do a lot to change the world around me. Because of my passion and skill with technology, I can design and create systems that will really make a difference."

Aaron Westbrook is another student who unlocked his potential at Ohio State.