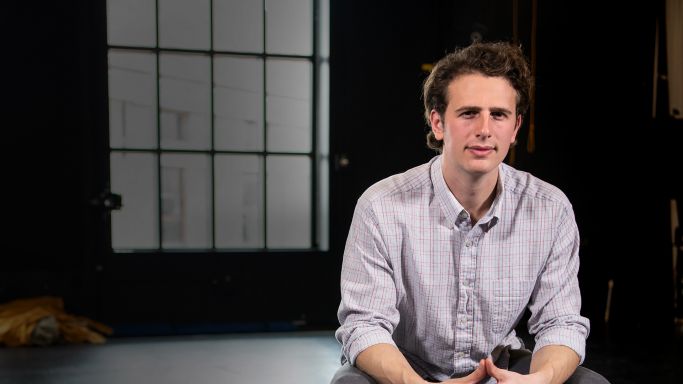 “Each place I went, I found someone who was welcoming."

Turner Adornetto’s Ohio State journey started simply enough. He picked a major, engineering, and started down that path. But before long, he wanted to branch out.

So he did. Over and over again.

By graduation, not only had he completed his course work in electrical and computer engineering, but he also minored in science and technology studies, was fluent in Swahili, studied abroad twice and created two documentaries chosen for film festivals.

“I became a different person here at Ohio State,” said Adornetto, who graduated in the spring of 2019. “It was a transformation.”

It all began with two years of engineering courses. Following a 2015 science and engineering research internship in Germany through an exchange program — the result of a scholarship for STEM students — Adornetto used 2016 to explore other disciplines at Ohio State, taking elective courses in comparative studies and filmmaking.

The discussion-style classes were a breath of fresh air and revealed fascinating forms of expression.

In the theater department, Adornetto took an honors course called Moving Image Art, where he re-discovered a childhood passion for making films and videos and gained a valuable mentor in Vera Brunner-Sung, an assistant professor.

“Vera was the first person to show me there’s a whole world outside of engineering at Ohio State and I could be a part of it,” Adornetto said.

He also began taking comparative studies courses, beginning with a class called Modernity vs. Post-Modernity, during which Professor Phillip Armstrong showed “Darwin’s Nightmare,” a documentary about how European aid to the people of Tanzania has damaged the region.

The film inspired Adornetto to begin thinking of making similar documentary-style films. It also pushed him to apply for the Boren Scholarship, which helps students learn new languages through immersion study abroad. Through the scholarship, Adornetto studied Swahili before traveling to Arusha, a city at the foot of Mount Meru in Tanzania.

From August 2017 to June 2018, he studied in Tanzania, where he became fluent in Swahili, completed two internships and researched how residents imagined their futures alongside solar energy technologies. His work became the basis of his Denman Undergraduate Research Forum project, “Sociotechnical Imaginaries of Solar Energy in Tanzania,” which compared and contrasted the ways Tanzanians viewed solar energy technology, illustrating a complex web of political goals and ideas.

The research also became his senior thesis. Adornetto is making a film about the experience.

“It really took Ohio State as a giant, expansive institution for all of this to be possible,” said Adornetto, who wants to be a science and technology studies scholar. “Each place I went, I found someone who was welcoming. Those conversations pushed me in the right direction.”

“I became a different person here at Ohio State. It was a transformation.” 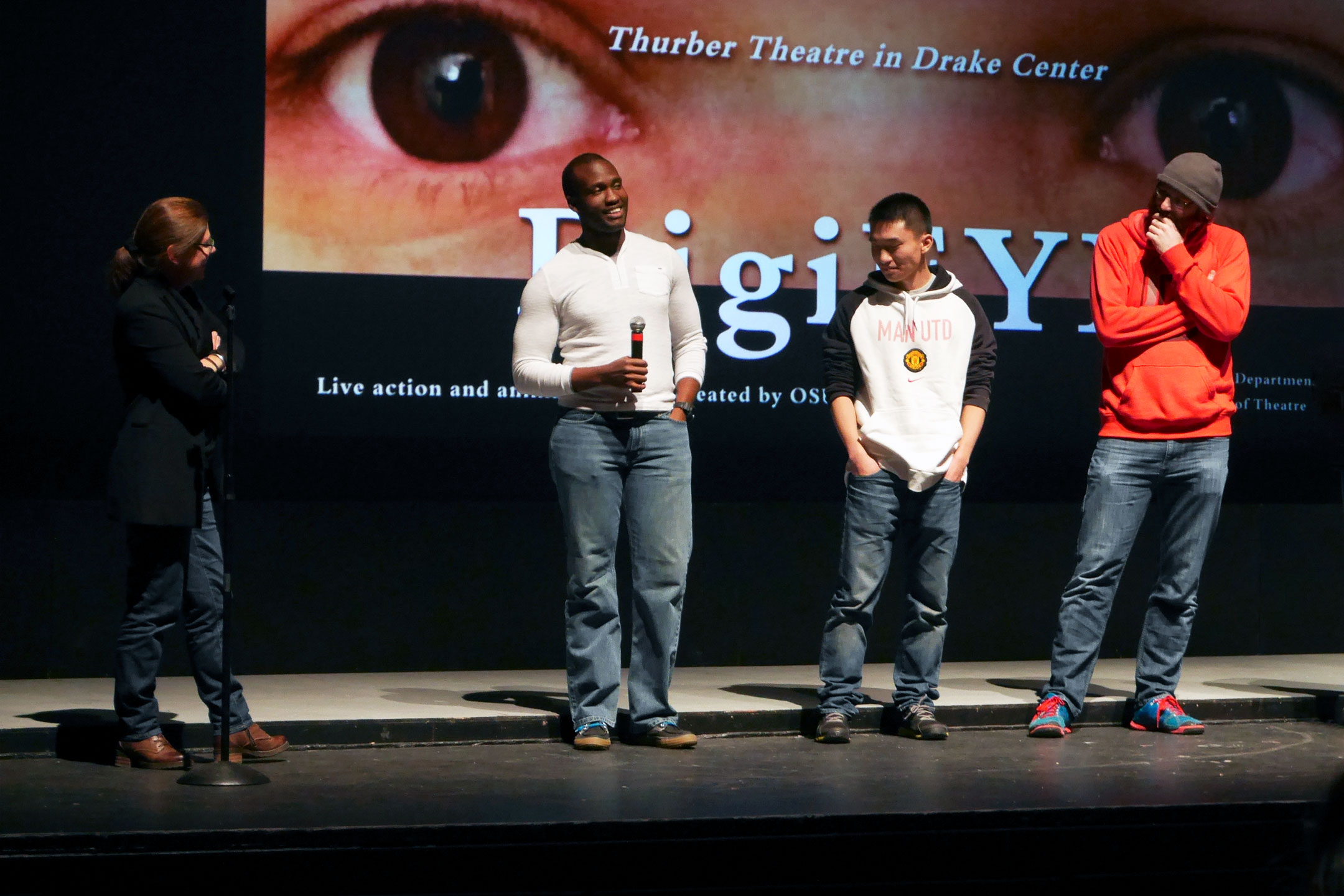 A showcase for student films

Sitting in the Wexner Center for the Arts theater, Turner Adornetto watched his short film “Fade” with the 2017 DigiEYE audience. It was a profound moment.

“To see something I was so proud of selected to show, it was beautiful,” Adornetto said.

“It’s a celebration of the work being made across campus,” said Vera Brunner-Sung, assistant professor in the Department of Theatre. “It’s a special event.” 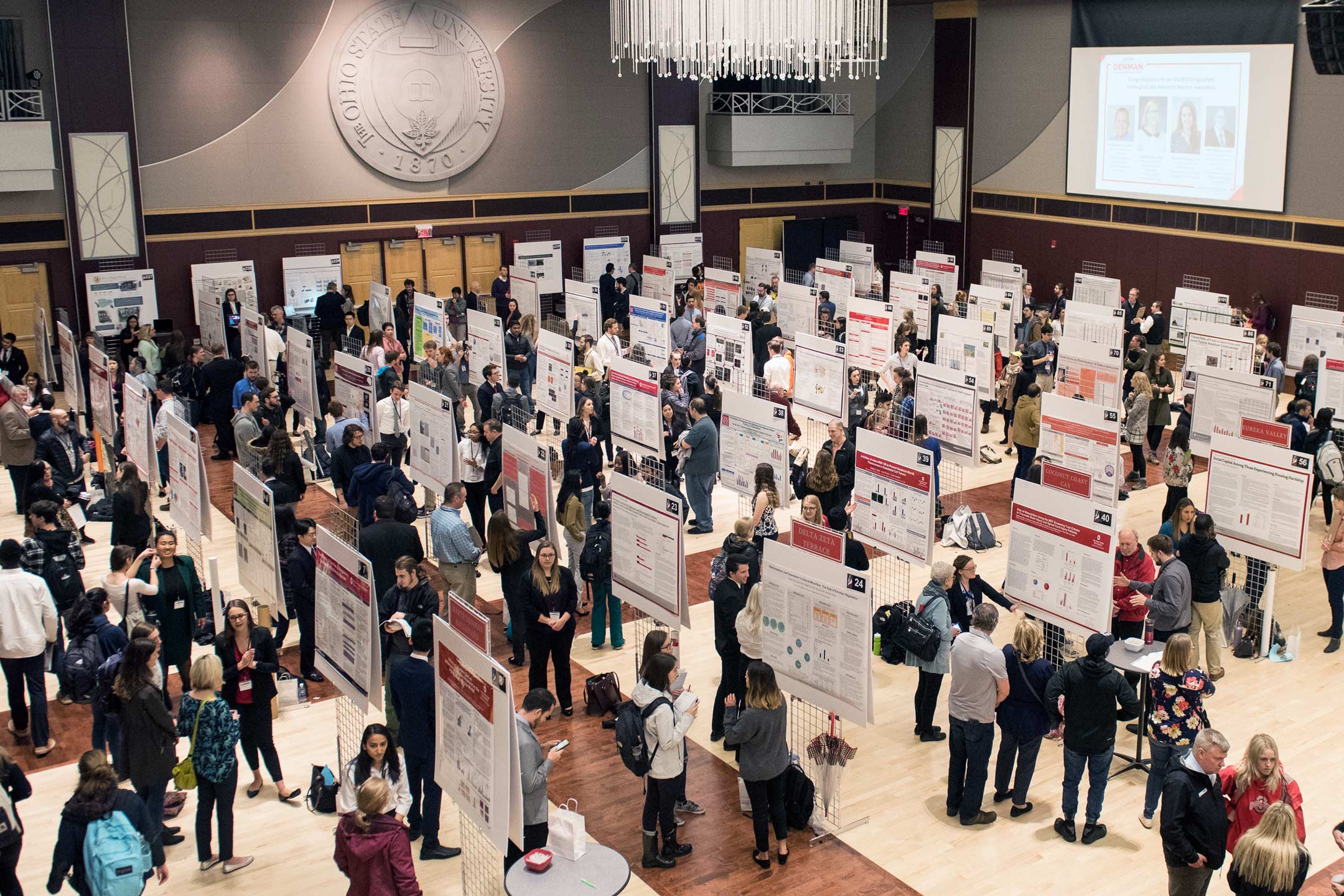 Turner Adornetto’s Denman Research project gave him a platform to discuss all the academic areas he explored at Ohio State.

“Denman was very important because I intend to continue doing research,” Adornetto said. “Each phase of the project was great practice.” 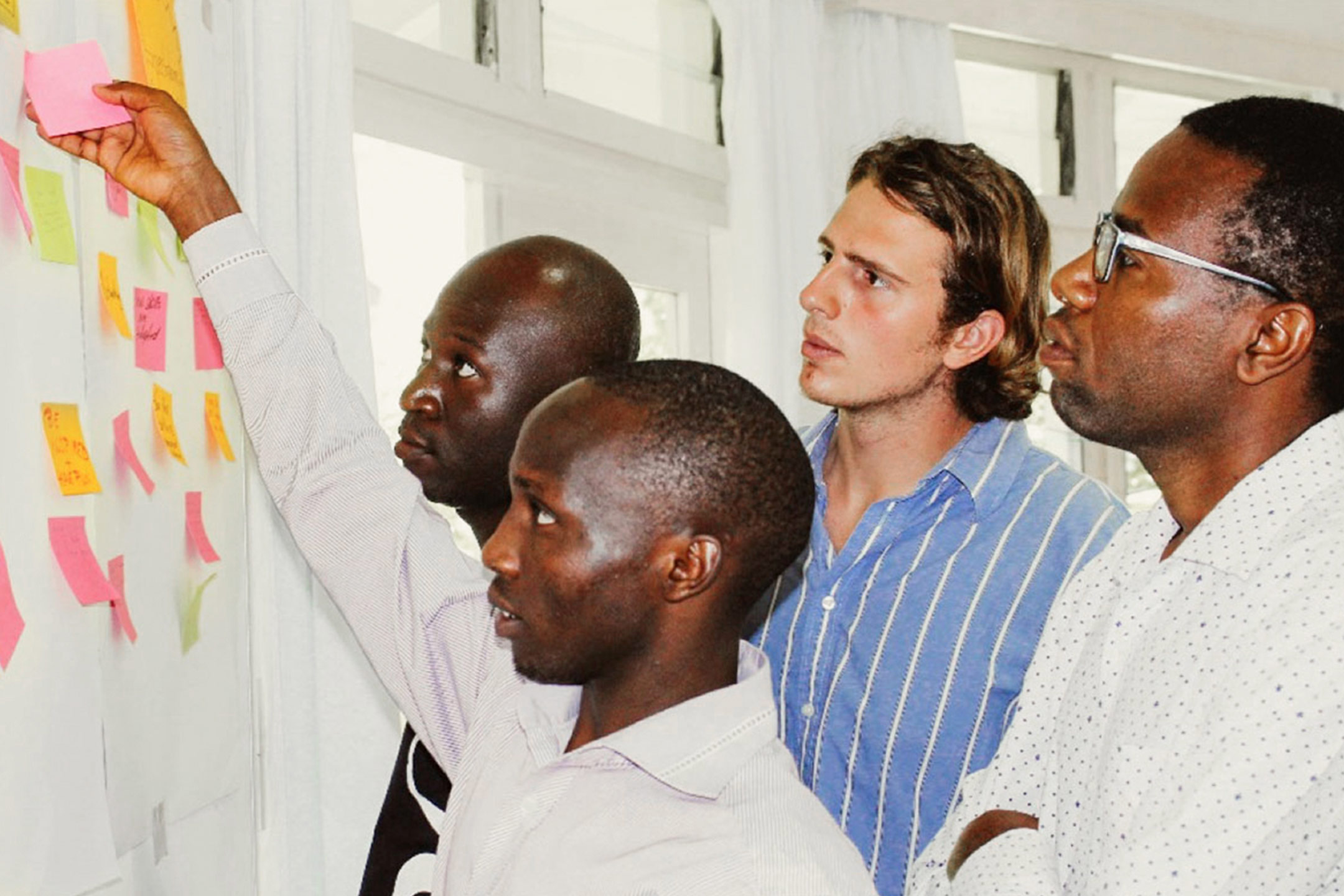 Part of Turner Adornetto’s Denman presentation was delivering it in Swahili to Salome Wekisha Fouts, senior lecturer and director of African languages in Ohio State’s Center for Languages, Literatures and Cultures.

“That was really a point of pride for me,” Adornetto said.

Adornetto became fluent in Swahili while in Tanzania. When he returned to Ohio State, he and Fouts met weekly so he could continue to practice the language.

Fouts, who has taught Swahili and culture at Ohio State for more than a decade, helped Adornetto hone his language skills and encouraged him to volunteer for Columbus’ Community Refugee and Immigration Services organization. Adornetto now teaches English to refugees and acts as an ambassador between families and the local community.

Fouts said her passion as an educator is “encouraging students from various disciplines to reflect on their place as citizens of their own countries and as citizens of the world.” In 2018, she received the Provost’s Award for Distinguished Teaching by a Lecturer. 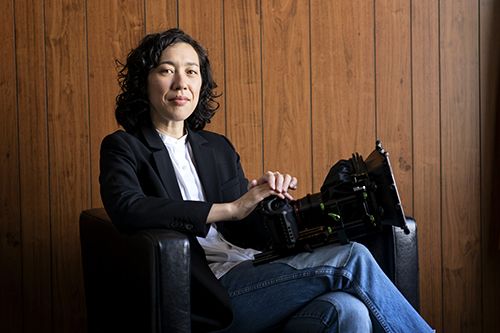 In 2016, her second year at Ohio State, Vera Brunner-Sung began teaching Moving Image Art and was introduced to Turner Adornetto — an engineering student taking the class at a pivotal time in his collegiate career.

Not only did Adornetto throw himself into assignments, but his intellectual engagement during class critiques stood out.

“He wanted a more rigorous experience, not only in the feedback he was giving classmates but in what he wanted for his own work,” Brunner-Sung said. “He was very invested.”

Part of the reason Adornetto stayed invested was because Brunner-Sung welcomed him into the medium of filmmaking.

“Filmmaking is very subjective, and she made a point of valuing each student’s eye,” he said. “She saw my potential, which came at a very important time when I was searching for that part of myself. Without her I don’t know that I would have explored anything outside of engineering.”

Brunner-Sung submitted Adornetto’s final project to the DigiEYE film showcase. Following that experience, Adornetto continued to seek Brunner-Sung out to make more films, so the two created a filmmaking independent study course. From that came another Adornetto film, “Node,” that was selected for the Athens International Film + Video Festival.

As an award-winning filmmaker who has had work presented at festivals and museums around the world, Brunner-Sung understands the gravity of these moments.

“It can have this transformative effect on you,” she said. “People are taking you seriously as an artist.”

Brunner-Sung said Adornetto’s willingness to seek out the help of faculty and the opinions of classmates illustrates how students can gain the most from their college experience.

Adornetto continued to seek out professors from other disciplines to help him feed his interests. His Denman Forum mentor was David Horn, a comparative studies professor, and part of the project was presented in Swahili to Salome Wekisha Fouts, senior lecturer and director of African languages, who helped Adornetto with his language skills.

“The attitude among faculty is definitely accessibility — it’s encouraging and inspiring,” he said. “These are leaders in their fields, but they treat you almost like a colleague.”

Whether you want do discover new forms of artistic expression or change an entire country's car industry, you'll find the support to make it happen at Ohio State. Jessica Zimmer is another student who found her place at Ohio State.