Support for grandparents who are parenting again 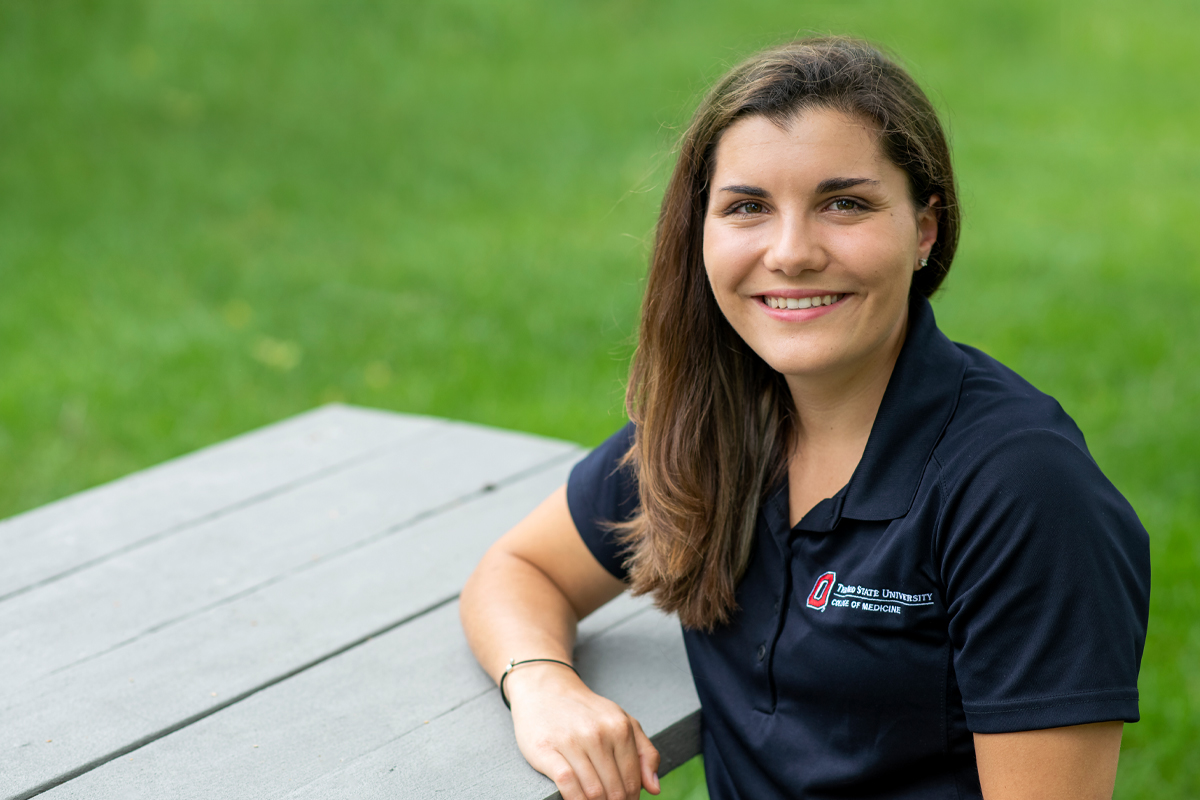 Ohio State student Angela Provenzano is establishing a program that will support kinship caregivers, a group that has an urgent need for help during the COVID-19 outbreak.

Angela Provenzano arrived at Ohio State with a strong appreciation for grandparents who raise a grandchild or other family members. She grew up in Milford, Connecticut, watching her own grandparents spend nearly a decade caring for and raising her cousin.

“It was incredible to see the level of sacrifice that goes into something like that,” said Provenzano, a second-year student in the Doctorate of Occupational Therapy program at Ohio State.

Provenzano’s appreciation turned into action in April when the university named her a 2020-21 Columbus-Athens Schweitzer Fellow for her project idea: creating an online support group for kinship caregivers in central Ohio.

“I want to show that this is a population that needs support, and we shouldn’t overlook kinship caregivers,” Provenzano said. “I want people to appreciate the complexity if the issues they face and in the long term, provide more support on a systemic level for grandparents.

“Grandparents raising grandkids tend to feel isolated from their own peer group and also from the peer group of the parents in the school system. They might not know how common it is to be a custodial grandparent until they meet other people who are.”

Provenzano said COVID-19 has added urgency to her project because grandparents in the role of kinship caregivers are often dealing with multiple challenges such as financial pressure, their own health issues and even legal battles over custody rights.

“The pandemic exacerbates all of the complex struggles that they’re already facing,” Provenzano said, noting the added issue of anxiety because older people are more vulnerable to the coronavirus. “The psychological stress added on to everything they’re already dealing with is just enormous for a lot of people.”

Provenzano’s original plan was to meet with grandparents in person at the Clintonville-Beechwold Community Resource Center, but COVID-19 forced her to switch to conducting an online support group. Participants may join by telephone if they don’t have access to a computer.

The Ohio Grandparent Kinship Coalition and the Clintonville-Beechwold Community Resource Center are helping Provenzano recruit people to join the support group, which she hopes to number eight to 10 members.

The virtual meetings began June 23 and will be held twice a week. Provenzano wants to use the time to make participants aware of available community resources, but also to encourage discussion of their experiences and needs with each other.

“I’d like to have grandparents who have gone through it to talk about it, because they know best,” Provenzano said. “I want it to eventually become a peer support group run by members. I would train members of the support group to run it, so they can sustain it after I leave, if that’s something they’re interested in doing.”

Provenzano, with project guidance from Associate Professor Monica Robinson, also plans to interview the support group members with the aim of presenting those personal stories in video or written form when her fellowship ends in April 2021.

“I think that’s the only way for people to understand what this population struggles with,” Provenzano said. “It’s definitely a complex topic. There are so many issues.”