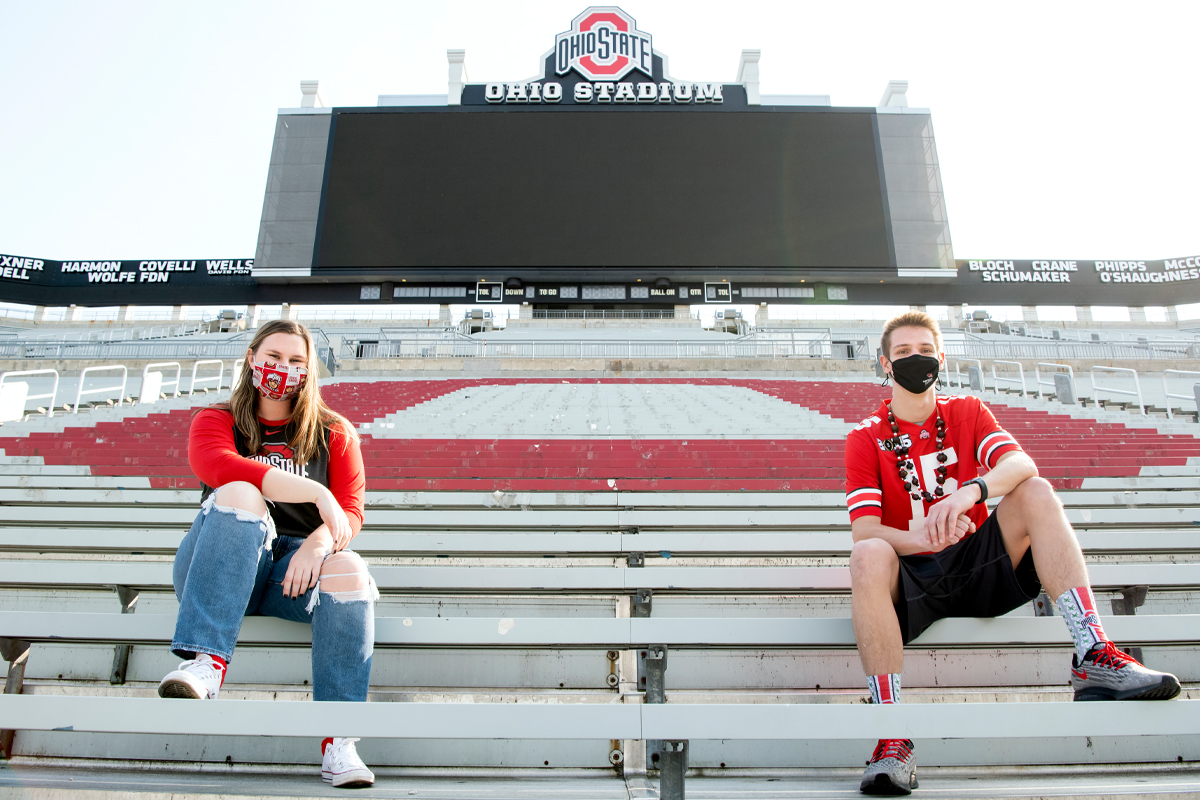 The raucous and highly engaged students who make up Block O may not be able to attend football games this season, but that doesn’t mean they won’t be making noise.

When Ohio State’s football season kicks off Oct. 24, a limited number of individuals will be in the stadium as the university continues to follow protocols to reduce the spread of COVID-19. In lieu of in-person support, Block O members have spent the summer and fall creating new ways to support Ohio State’s athletes and students.

“At our base, we’re just students who really love Ohio State athletics, and we love our football program, so the past few months have been a rollercoaster,” said Nick Wead, a junior economics major and president of Block O.

“COVID has changed how we approach everything. We’ve had to think of different ways that we can ensure safety is the number one priority while maintaining some social engagement that people, especially freshmen, are hoping to get this year.”

Block O boasts a 2,500-plus football student section along with sections for 10 other sports teams. The organization also is philanthropic, supporting BuckeyeThon and the Spielman Fund, for example. It’s also a major source of involvement and sense of community for students.

“The common misconception is that Block O is just a student section,” said Catie Cleveland, a junior public health major and vice president of Block O. “To all those involved, it really is that family and community on Ohio State’s campus.

“We have a huge emphasis on building community this year because of how hard it is to be with your friends, let alone make new friends. We have a large freshman population in our organization so we’re trying to create a community for them so they can foster relationships and make those connections.”

One way Block O is creating social connections is through a new mentorship program in which the 18 executive board members mentor seven freshmen each during small gatherings while following Safe and Healthy protocols.

Cleveland is part of a Block O group working on ideas to help members and other students enjoy game days with required guidelines. But while some of their efforts are still being formalized, Block O is doing, or has done, plenty of other things to support the campus community and the football team.

Empowering families to close the education gap
Engineering a cleaner, healthier campus
Got voting questions? These students have answers.
Residence hall peers provide a go-to support source
Creating a welcoming environment
Students work together to inform campus planning
Student mentors help with iPad set up and tech support
Getting researchers back into their labs