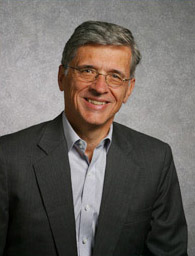 On December 2 at Ohio State, new FCC chair Tom Wheeler will give his first major policy speech. Wheeler--recently appointed as the 31st FCC chair by President Barack Obama--is the only person to be selected to both the Cable Television Hall of Fame and the Wireless Hall of Fame. The Los Angeles Times has called him “the rock star of telecom.”

Wheeler will share his vision for the FCC and discuss Washington, leadership and how Ohio State prepared him for his distinguished career.

Attend in person: 4:30 p.m. at the US Bank Conference Theater at the Ohio Union. (Register.)