From dancing for a cure to alternative break programs, Ohio State students are big on service.

Ohio State students have a mantra: Pay forward. They're passionate about service and committed to bettering their school, their city, and their world. Last year, students devoted more than one million hours of service to the community. (Alumni continue that tradition. Each year, they raise nearly $1 million in scholarship funds.)

From Community Commitment during Welcome Week to Buck-I-SERV trips during break, Ohio State offers plenty of opportunities for students to volunteer their time, year-round. See how a few students are changing the world--and in the process, themselves: 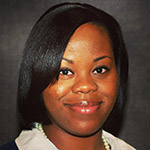 "The intent of Experience OSU is to instill the value of college within seventh- and eighth-grade students before they reach high school, so that they can explore, prepare, and develop themselves for college. Our Site Day was also a huge success. There were five different options for the students: Habitat for Humanity, Boys & Girls Club, Ronald McDonald House, The Linus Project, and Isabelle Ridgeway Nursing Home. It was refreshing to see almost 80 people come early on a Saturday morning to do community service." 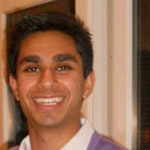 "BuckeyeThon is one of the greatest blessings in my life. It has made me into a better person. I am continuously inspired by the kids at Nationwide Children's Hospital, the members of BuckeyeThon, and the thousands of dancers who have given so much of themselves. BuckeyeThon has taught me that The Ohio State University gives all students the power to change the world." 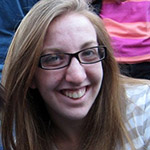 "The Steel Yard is a great community space, sponsoring camps for kids, and programs like Weld to Work, which teaches this trade to young adults. Most of our work for the week involved cleaning and re-organizing the studio spaces for the upcoming spring classes. On our last day of service, the Steel Yard's awesome volunteer coordinator surprised us by giving us a break from work. Instead, they taught us how to torch-cut through steel. Sparks were flying as we each cut out one letter to spell out, 'GO BUCKEYES!'" 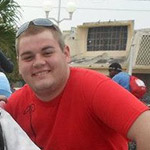 Buck-I-SERV started as an alternative spring break program, but thanks to university funding and private support,it now includes 64 trips, including four internationally. One such project: One World Running, which provides shoes to people in need around the world.

"I met Ernesto while passing out shoes to people in the town of Corozal. Ernesto came into the school with a huge smile on his face, and we fitted him with a pair of Newton tennis shoes. Later that day, we went to play basketball. Ernesto is in a wheelchair and could not get the ball high enough to reach the basket. My friend and I decided to help Ernesto, and catch his throws and put them into the basket. Ernesto broke into a huge grin every time we helped him make a shot, and he was so enthusiastic. I will never forget the laughs we shared and the experience of meeting such a wonderful and life-loving person!" 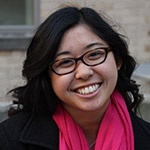 "I helped organize the Martin Luther King Day of Service 2013. It was inspirational to see hundreds of students making their day off a 'day on' by waking up early to serve the Columbus community. This day is very important for Columbus because 1) seeing young students dedicate time and energy to other people assures citizens that their community truly can become a better place, and 2) this day gives students an idea of the sheer amount of service agencies and opportunities there are in Columbus so that they may be inspired to continue their service after MLK Day."