A great university in a great city

Ohio State's incoming freshman class not only has the benefit of attending a world-class university, they are also in a city full of resources and opportunities.

Students who attend Ohio State are getting more than a top-notch education at one of the country’s most active and dynamic campuses. They also have the opportunity to tap into Columbus, a city open to exploration and new ideas that has served as a launching pad for generations of successful Ohio State graduates.

New Ohio State students are stepping into the largest and fastest-growing city in Ohio, where historic neighborhoods intersect with vibrant fashion, music and entertainment scenes. It's a center for technology, health care, global enterprises and business incubators, with a diversity of lifestyles and opportunities. These elements coalesce to open doors for Buckeyes in a number of different areas.

Columbus’ corporate community provides Ohio State students with a strong training ground that gives them an opportunity to build their resumes before they graduate. The institution’s corporate partners Huntington Bank and Nationwide Insurance are both based in Columbus and provide a number of internship opportunities. Ohio State engineering student Zach Cowen spent the summer at Nationwide learning about software development, and said the experience has set him up for success: "It is such a humbling experience to be able to go to one of the top universities in the country and to also be able to work for a Fortune 100 company. The opportunities that each of these institutions provides and the reputation that they have make me proud to be associated with each of them."

Connection to the arts

Columbus has one of the most vibrant arts communities in the country, with more than $3 billion in annual revenue and 25,000 jobs. And the Columbus arts community has long had an active and willing collaborative partner in Ohio State, which features extensive arts education opportunities as well as the Wexner Center for the Arts. The city and university recently partnered to establish plans for a campus arts district at 15th and High Street, which is a critical intersection for campus and the surrounding University District. Columbus itself also features a number of arts venues, and Ohio State students have the opportunity to receive discounted tickets to those events as part of the d-tix program. Ohio State’s Urban Arts Space also offers students learning opportunities in the heart of downtown Columbus.

Ohio State students have long played an integral role in contributing to those in need in the greater Columbus community. Students have been the driving force behind BuckeyeThon, an annual student marathon that last year raised more than $1.3 million for the Hematology/Oncology/BMT Department at Nationwide Children’s Hospital. Students also are engaged in a number of different initiatives that benefit the surrounding communities, including the Weinland Park area adjacent to campus. New Ohio State students will have an opportunity to serve the community this Saturday during 19th annual Community Commitment, one of the largest single-day community service events held on a college campus. 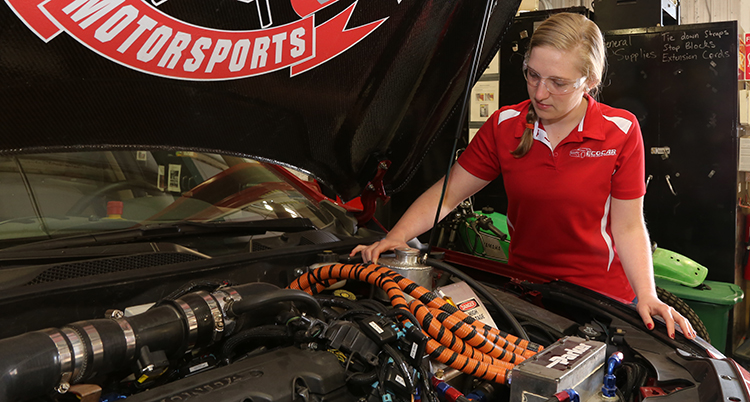 Ohio State and Columbus have both been recognized for their commitment to sustainability, and the partners have frequently teamed up to improve sustainability in the region. The university is among the city’s partners in the recent Smart City initiative, which aims to transform central Ohio into the nation’s premier transportation innovation region. Ohio State also recently became the first Ohio university to break ground on a compressed natural gas fueling station, which will serve the institution’s Department of Transportation and Traffic Management, as well as the City of Columbus.