Drawn to politics
When many people think of cartoons, comics like Charlie Brown or Beetle Bailey come to mind. There’s no shortage of those inside Ohio State’s Billy Ireland Cartoon Library & Museum, which houses the world’s largest collection of materials related to cartoons and comics. But along with those classic comics, the museum’s collection features thousands of other cartoons that focus on political topics dating back to the 17th century.

Many of these editorial cartoons appeared in newspapers, magazines and other publications that chronicled those eras. Despite their outdated language and historical political figures, the cartoons cover subject matter that’s relevant to the current presidential election.

One cartoon highlighting the debate surrounding immigration dates back to 1903. Another focusing on gun control, titled “A Dangerous American Institution,” is from 1881.

“It’s interesting to look at historical cartoons and to see that there are issues that we’re currently grappling with in this country that we’ve actually been struggling with for decades and even centuries.” 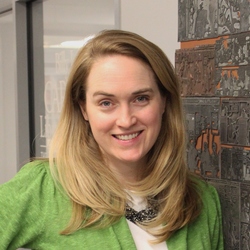 Robb said that after the library was established in 1977, the founding curator quickly realized there was a need to collect political cartoons so that they would be available for future students, faculty and researchers to study. “It was important to preserve this type of satirical art, which plays a significant part in the democratic process,” she said.

“Political cartoons give us insights into what people thought about particular issues, what they laughed at, and what they were afraid of,” Robb said. “They’re an interesting combination of historical artifact and work of art, with so many interesting details to explore."

Senior lecturer Annie McGreevy, with Ohio State’s Department of English, said she brought her class to the cartoon library this semester to get the students thinking about politics and political issues. The theme of her freshman English course is about the current election, and some of her students have chosen to study political cartoons as part of a semester-long project.

“Political cartoons work really well with the kind of analysis that we do in freshman English. It’s one thing to be analyzing a speech or a campaign commercial and then it’s just a little different to see how an artist handles it,” she said. “It brings a little bit of fun into the classroom.”

Along with Ohio State faculty and students, researchers from all over the world study the cartoons housed at the museum. Some of the cartoons are available for public viewing in the museum’s galleries in Sullivant Hall, but many more are housed in the archives. The museum also supplies two political cartoons each month to The Nib, an online publication that highlights political satire, journalism and other nonfiction comics.

“They can tell us a lot about what people thought about particular issues, what they laughed at, what they were afraid of,” Robb said. “They’re really an interesting mix between a historical artifact and a work of art, with so many interesting details to understand and to study.”

Jared Gardner, a comics historian and professor in Ohio State’s Department of English, said he’s currently teaching a class in which students are studying cartoons from the 1960s.

“In the classroom, studying political cartoons allows the past to come alive as no other tool can,” he said. “As a visual medium, political cartoons invite engagement and strive for a transparency that reaches across decades and even centuries.” Phryne Before the Chicago Tribunal
By Bernard Gillam | Puck, 1884 Looking Backward: They Would Close to the New-Comer the Bridge That Carried Them and Their Fathers Over
By Joseph Keppler | Puck, 1893
Play audio

Looking Backward: They Would Close to the New-Comer the Bridge That Carried Them and Their Fathers Over
By Joseph Keppler | Puck, 1893 The Immigrant: Is He an Acquisition or a Detriment?
By Bernard Gillam | Judge Magazine, 1903
Play audio

The Immigrant: Is He an Acquisition or a Detriment?
By Bernard Gillam | Judge Magazine, 1903