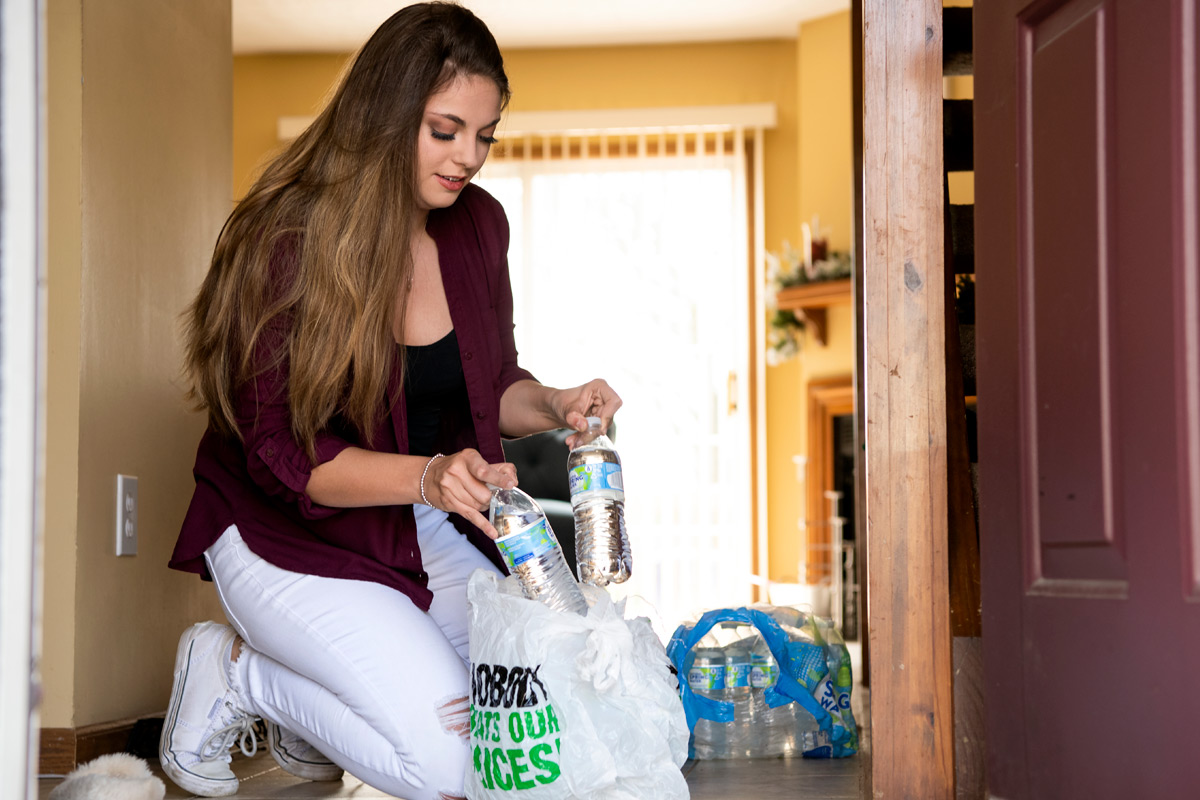 Ohio State social work student Amanda Trerotola's HelpColumbus Facebook page has hundreds of members who are providing assistance for those in need in the Columbus community.

Amanda Trerotola became a social work major at Ohio State to help people in her community. So the thought of dedicating all her free time to Netflix while the coronavirus (COVID-19) outbreak impacted so many throughout Columbus didn’t sit well with her.

“I wanted to use my time in a valuable way,” the junior from New Jersey said. “I’m part of various groups on Facebook and I kept seeing posts pop up about things people needed.”

So Trerotola created a Facebook group called HelpColumbus as an online community mutual-aid hub. In the group, those in central Ohio can reach out for help or provide support, whether by delivering food, virtual tutoring, checking on people or simply sharing resources.

Twenty-four hours after she started the group, it already had 50 members — and a family with two disabled parents, three children and three dogs had received urgently needed groceries. Within three days, the group had nearly 200 members. A week later it was nearly up to 300.

By mid-April, the community support to help those with urgent and long-term needs had boomed. Families with needs had directly received items while donations were also being made to a number of Columbus organizations. Trerotola said she had received so much response from people wanting to donate items that she had created a local pop-up pantry with non-perishables that people could visit to pick up what they needed.

“I am blown away by how people at Ohio State and in Columbus are coming together,” Trerotola said. “They’re so willing to do anything to help anyone, even if it means sacrificing their own needs. It’s a beautiful thing to see.”

Trerotola has been driven to help people most of her life. When she was a child, her mother died in the World Trade Center in the Sept. 11, 2001, attacks. Growing up, she said, she didn’t always have the professional support she needed. Experiencing that helped her find a path.

“Social work really chose me. Losing my mom changed my perspective on everything,” Trerotola said. “I always wanted to help people who need it. I wanted to be that person who believes in them, even when they don’t believe in themselves.”

Trerotola hopes HelpColumbus can live on and grow after COVID-19 is over. “I would love to see it become something bigger than I imagined it to be,” she said. “Helping people in the community who are vulnerable and need resources and help is something we shouldn’t turn a blind eye on.”