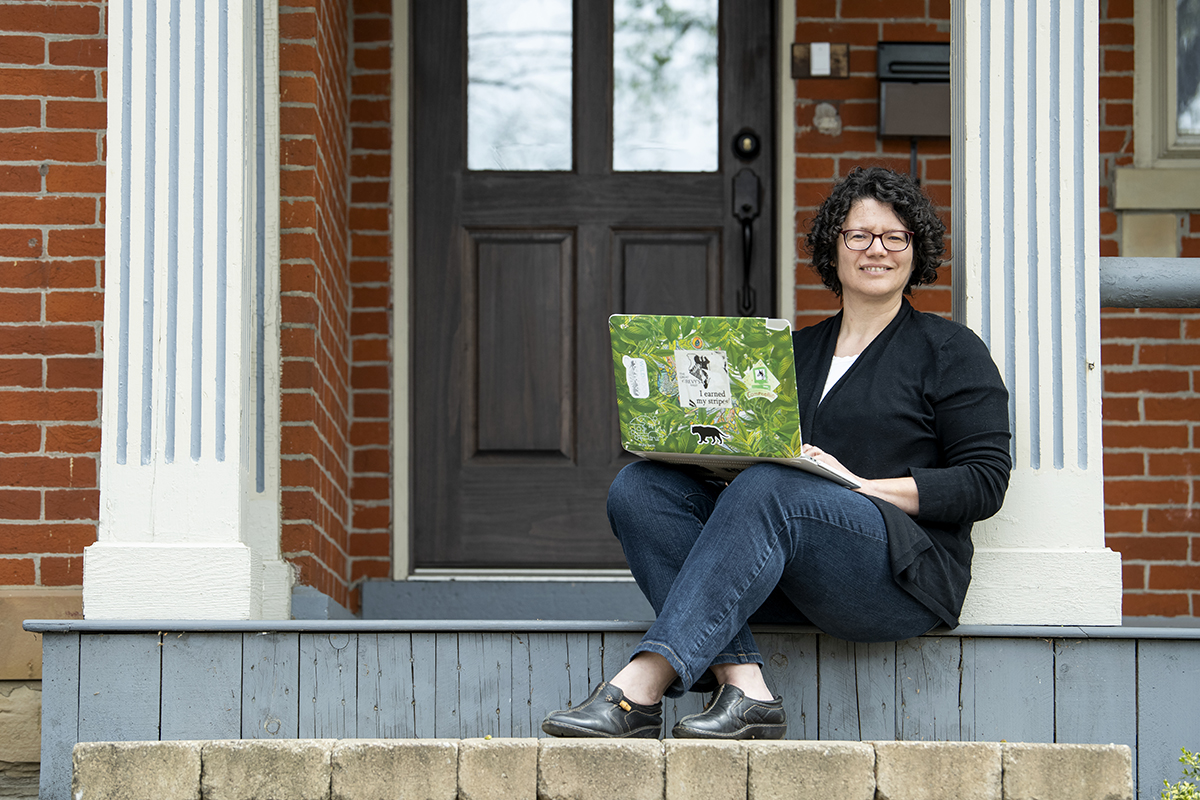 When Tanya Berger-Wolf began her role at Ohio State on Jan. 3, she could not have envisioned the next few months would be “onboarding by crisis,” as some of her colleagues described.

As the faculty director of Ohio State’s Translational Data Analytics Institute (TDAI), Berger-Wolf has been coordinating the data analytics effort of the university’s rapid modeling response team since the coronavirus (COVID-19) outbreak. What she’s seen from Ohio State’s large community has been eye-opening.

“In the beginning, I thought being a huge institution would be a handicap and that it’d be hard to coordinate everybody,” she said. “But the response of the community has been incredible. Whatever I need happens within hours.”

That data analytics team, made up of faculty from around the university, has been working tirelessly with Ohio State’s Infectious Diseases Institute (IDI) to provide predictive computer modeling of the spread of COVID-19 to the Ohio Department of Health (ODH). The ODH uses that information to determine essential resource needs such as ventilators or ICU beds.

“We’re part of a big effort at the university that’s going on at every level,” said Berger-Wolf, who left the University of Illinois at Chicago at the end of December to join Ohio State. “I’ve just been absolutely blown-away impressed and continuously positively surprised.”

Berger-Wolf said that when ODH came to Ohio State and asked for help predicting the course of COVID-19’s surge, IDI was the first responder with TDAI faculty to form a rapid-response modeling team. This group collects and analyzes the data that predicts the timing and scale of the surge.

To do that, the team needed supercomputing capabilities and more programmers. Berger-Wolf reached out to the Ohio Supercomputer Center, which provided a discretionary account to the team within an hour. She also put out a call for more programmers to support the modeling team that had been logging 80-hour weeks.

Others quickly shared her call for help on social media and message boards such as CantStopColumbus. Soon, Berger-Wolf had a large response from students and other teams of programmers from around Columbus. She was able to pick three Ohio State students with the exact skills that were needed.

These are just a few examples of what Berger-Wolf said she’s witnessed regularly during the crisis, with people from the community stepping up to offer skills and resources to help in any way they can.

“It’s inspiring to see,” she said. “We’re putting in place collaborations and partnerships and frameworks that are going to outlast this crisis.”