A Conversation on Immigration

Ohio State kicks off its year-long "Conversation on Immigration" with a sold-out visit from filmmaker Ken Burns—and some thoughts from President Gee. 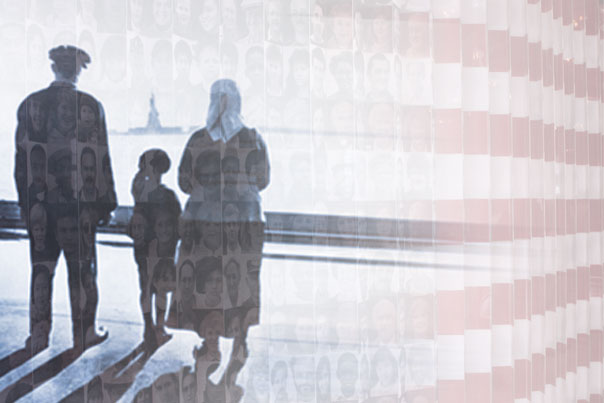 Last year, Ohio State President E. Gordon Gee called on Ohio State to be a leader in civil discourse, encouraging conversations on the most important and thorny topics of our times.

The result? A series of year-long, university-wide conversations called “Conversations on Morality, Politics, and Society” (COMPAS). The series begins with a conversation on immigration, which will include everything from an interdisciplinary conference to the required book selection for the incoming class of 2011.

"Immigration's importance as a social issue is rivaled only by its complexity," explains philosophy professor and chair Don Hubin. "The great thing about having this conversation here is the breadth of knowledge and creativity. This is a subject that can be examined from almost any angle you could think of."

Take a look at the full calendar of upcoming events.

Read why President Gee thinks the conversation "reminds all of us of the true mission of public higher education."

"From Where I Stand: Discussion on Immigration"

"As the students return to campus, Ohio State will launch a year-long Conversation on Immigration. We will bring together scholars, public officials, thought leaders, and the public for an unprecedented dialogue on the issues and complexities of immigration. Over the course of more than nine months, we will explore immigration and its history, its impact on people and cultures, and how it has transformed the Midwest and the country."