The But for Ohio State Campaign helped the university improve its academic prowess through the creation of new opportunities for faculty.

Bringing inspired findings from a medical research environment into the hospital is a lot harder than you might think. Jessica Winter is on a mission to solve that.

“Doing translational research, where you take a product from the lab into the clinic, is really difficult,” Winter said. “There's not a lot of funding for that.”

Winter came to Ohio State and received a donor-supported endowed professorship that enabled her to focus more closely on her work and freed up time to help aggressively pursue the translational research she found most impactful. She capitalized on the opportunity, earning an Ohio State Early Innovator Award in 2012 and the TechColumbus Innovator of the Year award in 2013.

She also launched Core Quantum Technologies which creates products could help researchers to significantly reduce costs and improve the efficiency of their research.  Through it all, she's remained cognizant of her own battle with cancer and the goal she established to help others with their cancer battles.

“[My diagnosis] changed my perspective, because I felt like I was given a unique opportunity to fight cancer in a way that most patients can't,” Winter said. “And that is to make things better for more people than just myself.”

Below, you can learn about more ways that the campaign helped improve faculty and research enterprise at Ohio State. 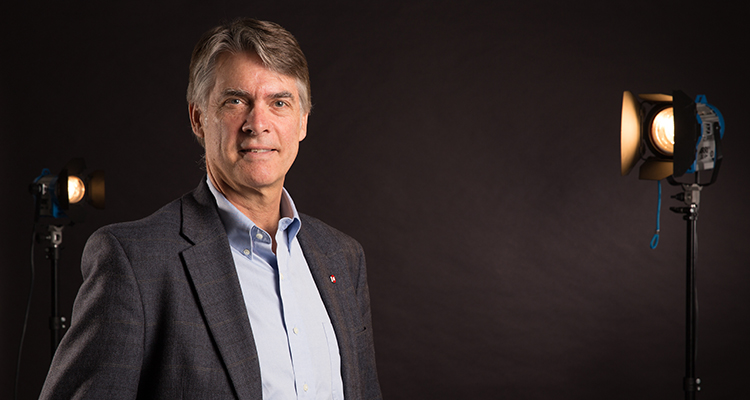 Casey Hoy says his job at Ohio State involves balancing the social, economic and environmental dimensions of agriculture. It’s an integrative role of listening to the institution’s wide-ranging voices and unifying them to address challenges across the food system.

And it’s an opportunity he hasn’t seen happen anywhere else in higher education.

As the WK Kellogg Endowed Chair in Agroecosystems Management at Ohio Agricultural Research and Development Center (OARDC) on Ohio State’s Wooster campus, Hoy’s position is 75 percent research and 25 percent extension work. This gives him the freedom to work across departments and colleges.

Hoy currently heads up a Department of Agriculture-funded project on a statewide network of sustainable agriculture education programs that links certificate and associate degree programs at community colleges with new baccalaureate programs at Ohio State and Central State. “It pulls several Ohio State colleges and many departments together and develops strong partnerships with other Ohio colleges and universities,” he says.

In addition to serving as Kellogg Chair, Hoy oversees InFACT, the Initiative for Food and AgriCultural Transformation. InFACT will receive $125 million in funding over the next decade, which will in part enable it to hire 30 new faculty members across the university who will delve widely and deeply into food security issues.

“Ohio State is far ahead of most land-grant institutions in the kind of trans-disciplinary opportunities created through the Discovery Themes Initiative and the open collaboration that they encourage,” Hoy says. “This has provided unparalleled collaboration and expertise for taking on challenges with a holistic systems approach.” 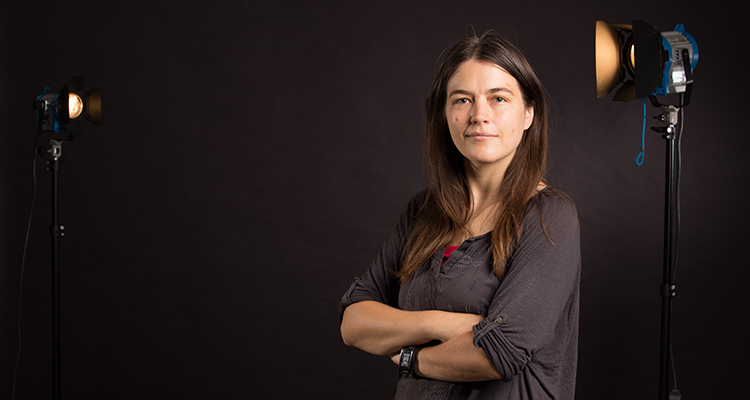 Being the recipient of the H.C. “Slip” Slider professorship has given Lisa Hall peace of mind and the opportunity to try out ideas before they are fully developed.

A non-tenured assistant professor in the William G. Lowrie Department of Chemical and Biomolecular Engineering, Hall was awarded the professorship in 2012. This type of professorship for an untenured faculty is highly uncommon in higher education, and it's allowed Hall and her team to work on applying statistical mechanical theory and molecular dynamics simulations to investigate structural, thermodynamic and dynamic phenomena in soft materials.

“There are times when you have questions that are not yet ready to write up in grant proposals,” she says. “The funding from the Slider professorship lets me play with things and get plans started so decisions can be made on taking next steps and whether they are needed.”

An outreach project at two Ohio State-based summer camps this year let students use computers and special monitors to view molecular simulations including polymers wiggling around on the screen. To give students a sense of control in moving through other molecules, Hall chose to use a joystick like those used in playing video games.

“I knew it would be difficult explaining the purpose of the joystick purchase to the National Science Foundation,” she says of the NSF, which funds her Faculty Early Career Development award. “So it’s incredible to have a fund where we can test out ideas and then use these findings in our grant applications.”

The Slider professorship, awarded only to junior faculty, also gives Hall a safety net to make longer-term research plans. She is able to make decisions on hiring students for projects while awaiting final word on grant money coming through.

“The Slider support is there just in case, but I’m usually able to use that resource for other needs,” she says. “I use the money in my head to more easily commit to students. It gives me a feeling of comfort and stability in moving forward.”

Toward that end, Hall would like to receive tenure and teach at the university long-term. “I am really inspired by Ohio State students and the fact they are interested in solving problems, not just thinking about them,” she says. 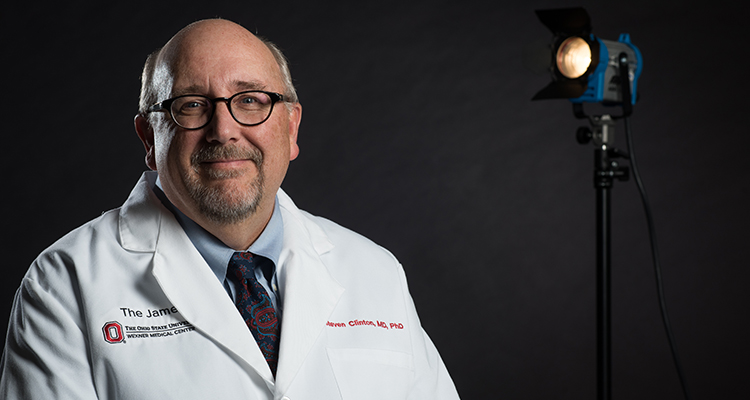 Steven Clinton says the significant gift of time has allowed him to have a hand in more research projects related to cancer prevention.

Thanks to his 2013 appointment as the John B. and Jane McCoy chair in cancer research, he’s been able to help the U.S. government establish new dietary and lifestyle guidelines for cancer prevention and review data to shape World Cancer Research Fund policy.

“It’s hard to have time for research and serving the community when the clinical demands continue to increase,” Clinton says. “An endowed chair allows physician-scientists the freedom to focus on service that can benefit communities, the nation and the world.”

Today, Clinton and other Ohio State researchers are pioneering studies involving the role diet may play in prostate cancer. That has meant teaming up across disciplines with colleagues from the College of Food, Agricultural, and Environmental Sciences to consider how to grow foods with the greatest potential to fight cancer.

“We promote innovative 'crops to the clinic research,' he says.

On the clinical side, Clinton has been involved in establishing and managing Ohio State’s Prostate Cancer Multi-Disciplinary Clinic, which launched two years ago to streamline services for men diagnosed with prostate cancer.

“Rather than seeing multiple specialists over many weeks, men can come to The James and in one afternoon meet with a urologist, an oncologist and a radiation therapist who provide a comprehensive care plan that can optimally treat each person’s unique cancer,” he says, noting that this kind of service can be provided only somewhere like Ohio State, where doctors in an academic medical center work next to those in a comprehensive cancer center. “When you have all of this expertise on the same campus, you create ways to foster interactions and new partnerships.”

More on the impact of giving