A spirit of service 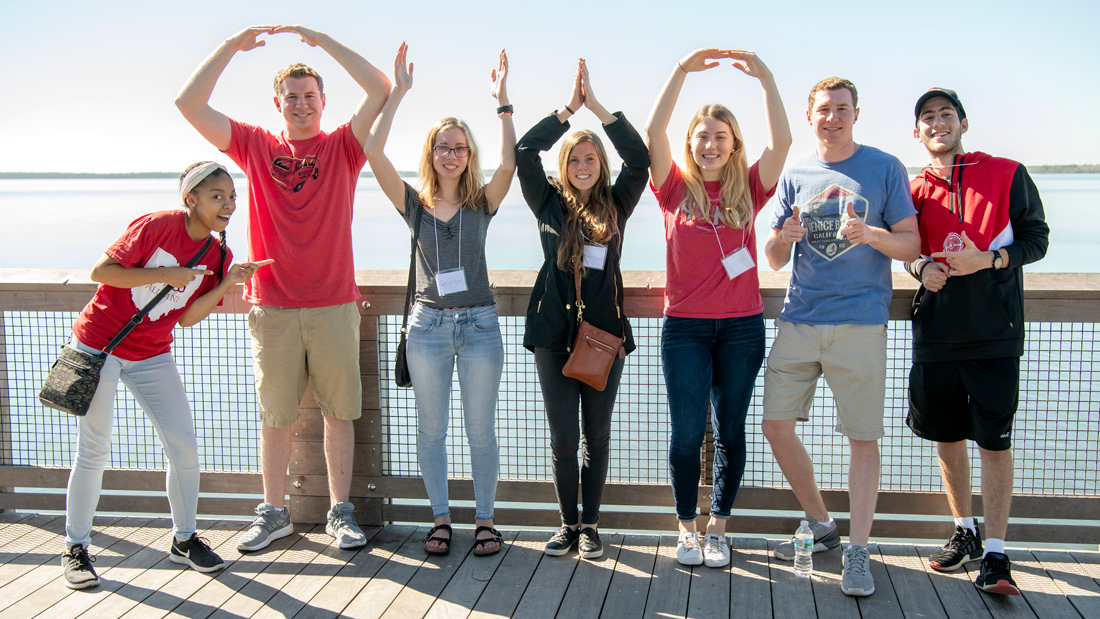 Kierra Edwards (far left) and Buck-I-SERV students spent a week in early December 2018 helping staff at the Pathways Early Education Center in Immokalee, Florida. Through Buck-I-SERV’s weeklong alternative break trips, students can select destinations that not only complement their educational focus but also address the social justice issues they are passionate about fighting.

Kierra Edwards marched in place, hopped up and down and stood at the head of a pre-kindergarten classroom. The children followed her lead, singing counting songs at the tops of their voices.

In a colorful room with holiday ornaments dangling from the ceiling and heaps of glue bottles and crayons lining the shelves, it was a typical classroom scene — for what had been an atypical experience.

Edwards' December service trip gave her a fresh experience in the largely Latino population of Immokalee, Florida, a city with a high poverty rate. And that’s exactly why Buck-I-SERV, an alternative break program, was created in 2003.

Edwards was the advisor to a group of students who worked in Immokalee’s Pathways Early Education Center, which serves a largely migrant community where more than 40 percent of the population lives below the poverty line and 97 percent of school-aged students are in need. Buck-I-SERV students helped care for the children each day.

“I’ve never been so immersed in a culture and in education at the same time,” Edwards said. “I love working with children, and I’m very passionate about social justice issues in educational systems. This trip has impacted me greatly."

Edwards’ experience with Buck-I-SERV — her second after a trip to New York the previous winter — was typical. She pinpointed and selected a trip that complemented her career focus, and she served in a community confronting social justice issues she cares about solving. 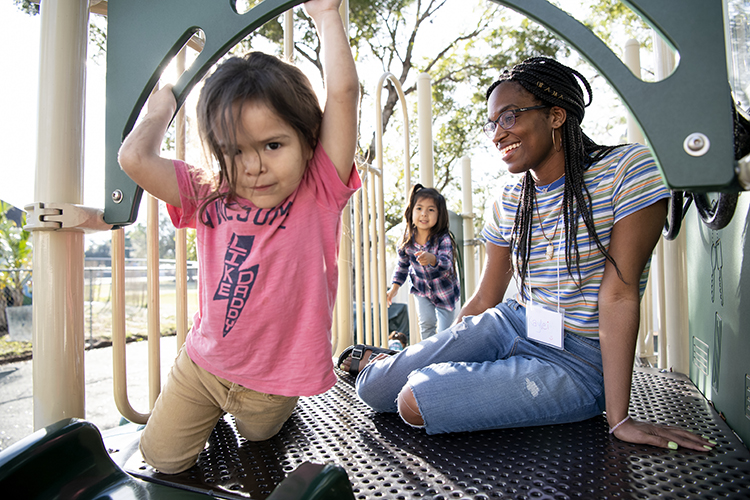 Buck-I-SERV visits Immokalee three times a year and is one of the longest-running Buck-I-SERV trips, dating back to spring 2009.

“These Buck-I-SERV students are wonderful, and they’re so hands-on, they can get down and play with the kids. That language is important,” said Beth Hatch, executive director at Pathways. “To the outside person, they’re just playing. But they’re learning through their play.”

For Jessica Zimmer, who is majoring in biology and Spanish, Immokalee was an important trip because she wants to provide prenatal care as an OB-GYN in underserved Hispanic communities. Zimmer currently works at Ohio State’s La Clinica Latina, which provides health care to Spanish-speaking patients in Columbus.

“It’s a very vulnerable community because of the language barrier,” Zimmer said. "Seeing the kids’ and the teachers’ faces light up when they found out I could speak Spanish, that was so exciting.”

Georgia McLachlan, an environmental policy major focusing on social justice, also wanted the opportunity to work in a culture whose first language is Spanish. She said her experience in Immokalee showed her firsthand large economic disparities. Collier County in Florida is home to Immokalee and the affluent city of Naples.

Kayleigh Benson, a social work major, said touring Immokalee — where families live in small trailers and the city still shows signs of devastation from Hurricane Irma in 2017 — was eye-opening.

“It’s interesting to see what the needs in this community are and how unknown they are,” Benson said.

Originally, Benson was a nursing student before she realized how much she enjoyed helping people outside of their medical needs. During an introduction to social work class, Benson heard about the many activities students can join on campus. One was Buck-I-SERV. Immokalee was her second Buck-I-SERV trip after she previously served in New York.

“When I came to Ohio State, that’s when I really started to get involved because there are so many opportunities,” Benson said. “I tried to get involved in as much as I could to get the full experience I wanted. Trips like (Buck-I-SERV) have helped me a lot to see, wow, I really love doing this.”