A record 26 Buckeyes are headed to the 2021 Olympics 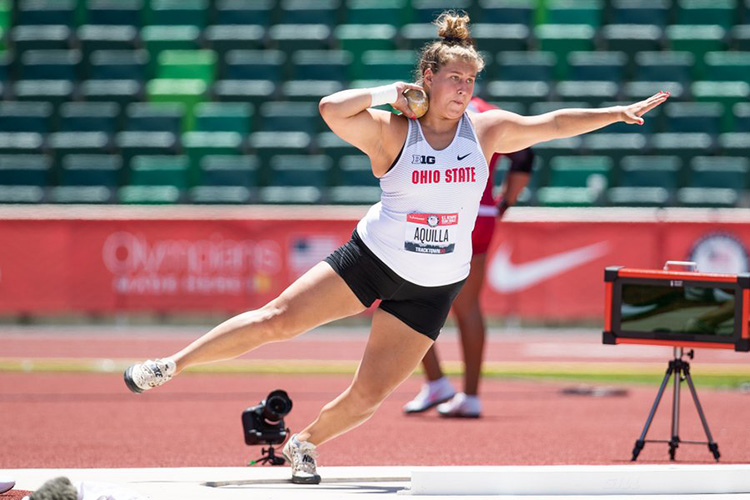 Ohio State track and field athlete Adelaide Aquilla will represent the United States in the shot put in the 2021 Summer Olympics in Tokyo.

There are plenty of reasons to tune into the Olympics, right? For Ohio State fans, there’s 26 more.

That’s right, 26 former, current or incoming Ohio State student-athletes qualified for the Tokyo Olympics, which are July 23 through August 8.

To get you ready for this historic representation, we’ve put together a guide to the upcoming Summer Olympics, scarlet-and-gray style.

12: Buckeyes will represent 12 countries. The most will be competing for the U.S. with nine followed by Canada’s six.

9 (Part II): Ohio State will be represented in nine sports, including six in women’s rowing, five in track and field and four in fencing.

65: Hunter Armstrong, a rising junior, is the first Ohio State male swimmer to make the U.S. Olympic team in 65 years. In 1956, the Melbourne, Australia, games had four Ohio State swimmers compete for the U.S. 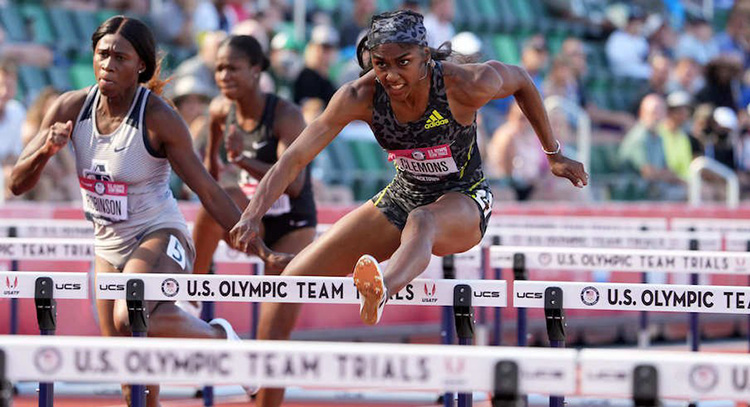 Cool Ranch Clemons: While qualifying in the 100 hurdles, Clemons – one of the greatest runners in Ohio State history – was caught wearing Cool Ranch Doritos earrings. After the race, Frito Lay sent her a custom bag.

Defending the crown: In 2016, Snyder became the youngest man in U.S. history to win a gold medal when he won the 97 kg freestyle tournament.

Triple threat: This is the first time Ohio State has had two or more women qualify for track and field with Aquilla, Battle and Clemons.

Sibling act: Two sets of Ohio State siblings will be at the games. The Leverett brothers in pistol and the Kyridou sisters in rowing.

“When I first started coaching guys, I had a couple that I feel were tripped out by it. And I was just like, 'Listen, when you throw farther than I did, then you can stop listening to me. But until then, let's just stay on the same page,” said Ohio State throws coach Ashley Kovacs in a 2019 article. She coaches Aquilla and her husband, Joe Kovacs, also a shot putter for the U.S. Olympic team.

Stay up-to-date on the latest news on Buckeyes in the Olympics.